BIO:
Michelle Nussbaumer’s Instagram description reads “Wife, mother of four, designer, lover of beauty, peace monger, tree hugger, and globetrotter.” She says, “That’s really who I am. In that order.” She has a reputation for making Dallas—and the world—a more beautiful place through her interior design, textile and furniture lines, and beautiful shop, Ceylon et Cie, located in the Design District. Her journey from West Texas wild child to Dallas design doyenne with four children includes detours through Rome and Los Angeles, tons of travel, and stints in everything from writing and juice-bar design to product development. 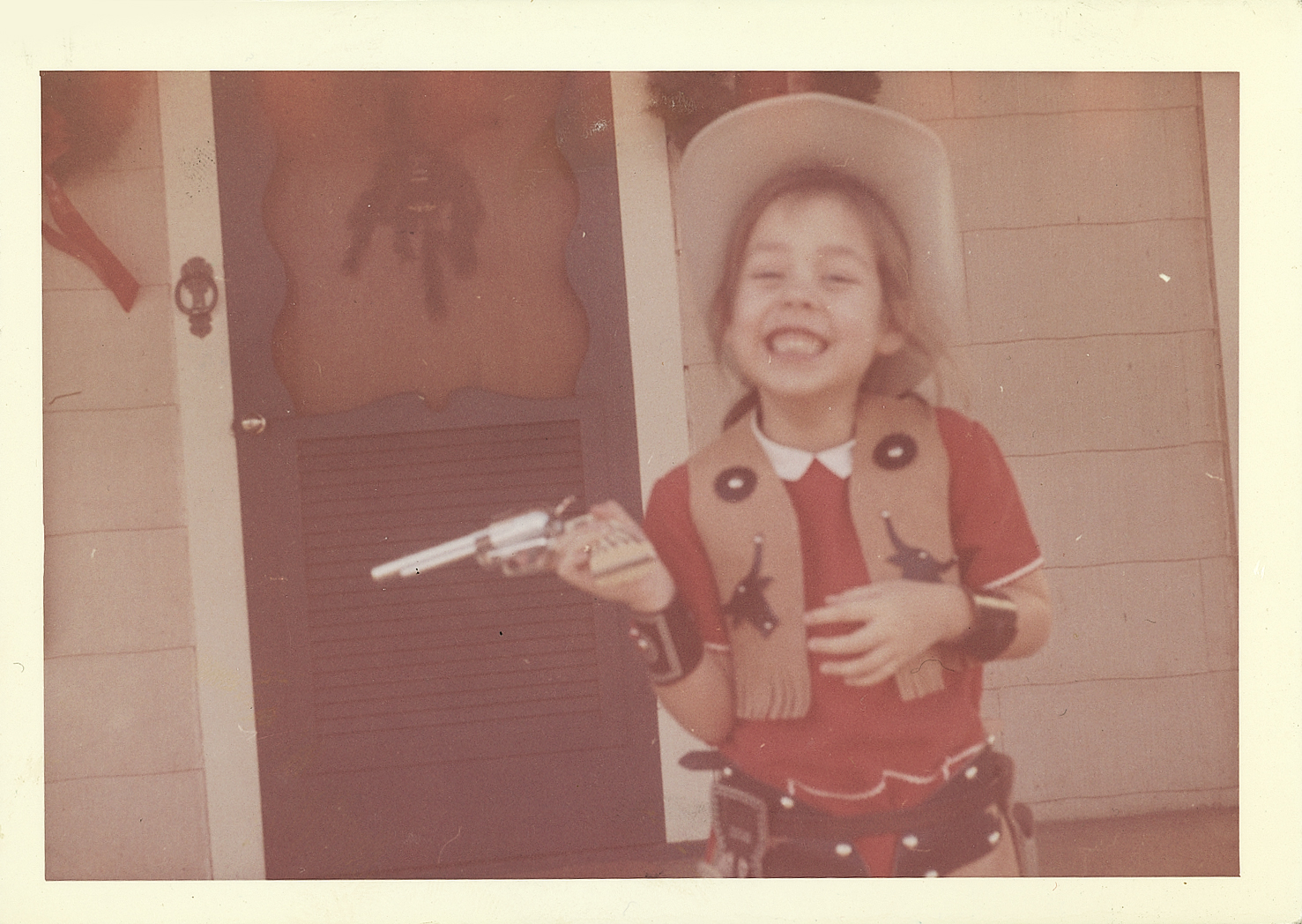 Discovers an early love for antiques. “My mother was an artist and loved antiques.  My aunt was an antiques dealer. My grandmother had a house full of antiques—she had leopard carpet in the 1940s and purple satin sofas.”

Relocates with her family to Abilene. “I always loved art. I also loved science though. I grew up riding horses, and if I hadn’t become an interior designer, I would be a vet.”

The family moves to Dallas while Michelle was in junior high; she becomes her own first client. “My mother bought me this horrible French provincial furniture. I painted it white. She kind of let me do whatever I wanted. Would I let my kids decorate their own rooms? Of course not!” 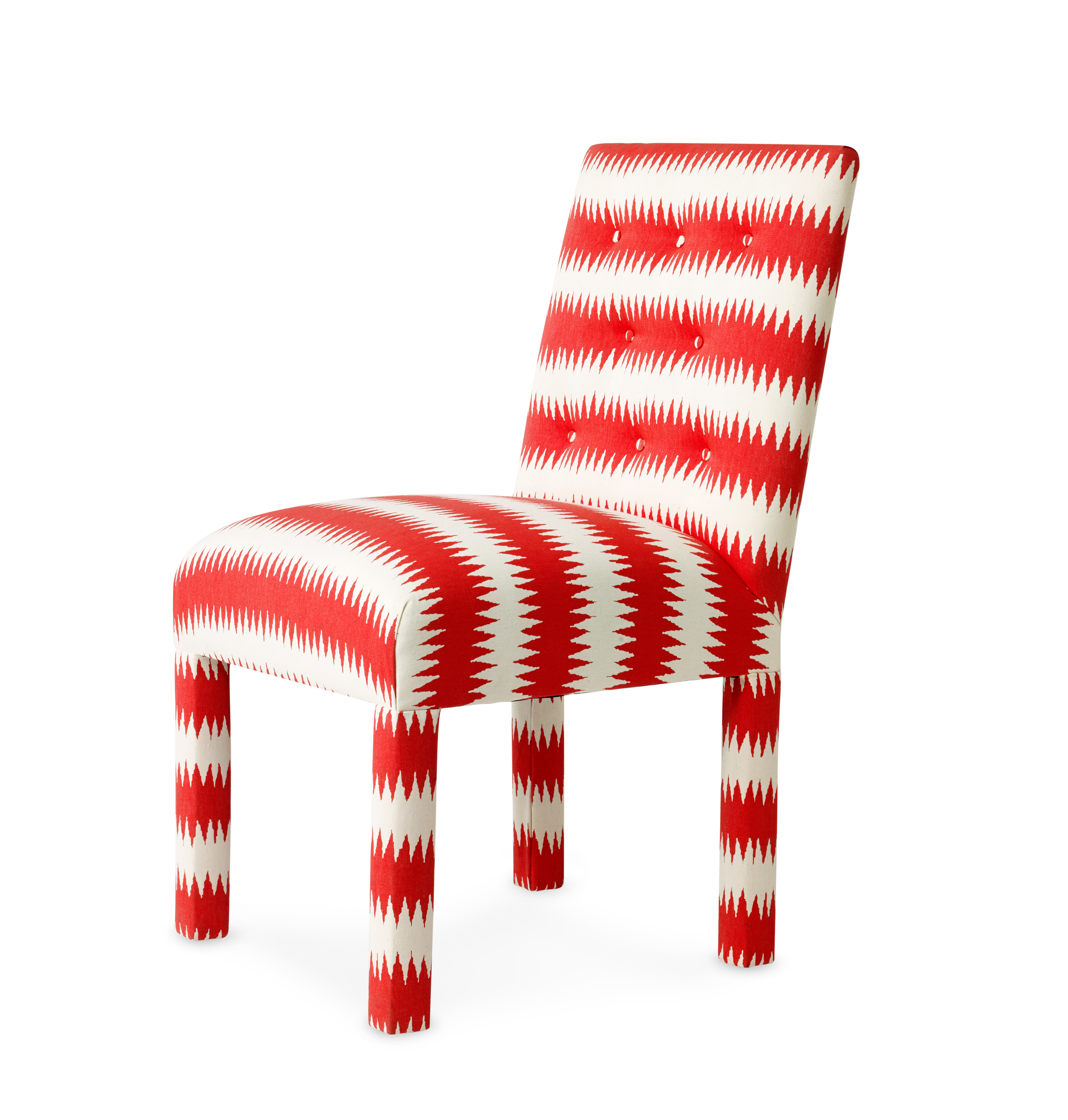 Chair in her Dazzler print.
Attends SMU. “I wanted to go to college in Boston. Dad said, ‘I’m sorry. You’re going to SMU.’ I was a double major—acting and biology. I couldn’t decide. But when you do acting, you have to study all the practicums—makeup, lighting, set design. The minute I did set design, I realized, ‘I love that!’”

1981  Moves back to Dallas. “After a year in New York City, I moved back to Dallas and started designing jewelry. I had various jobs. My first real job was at the Yves Saint Laurent boutique.” 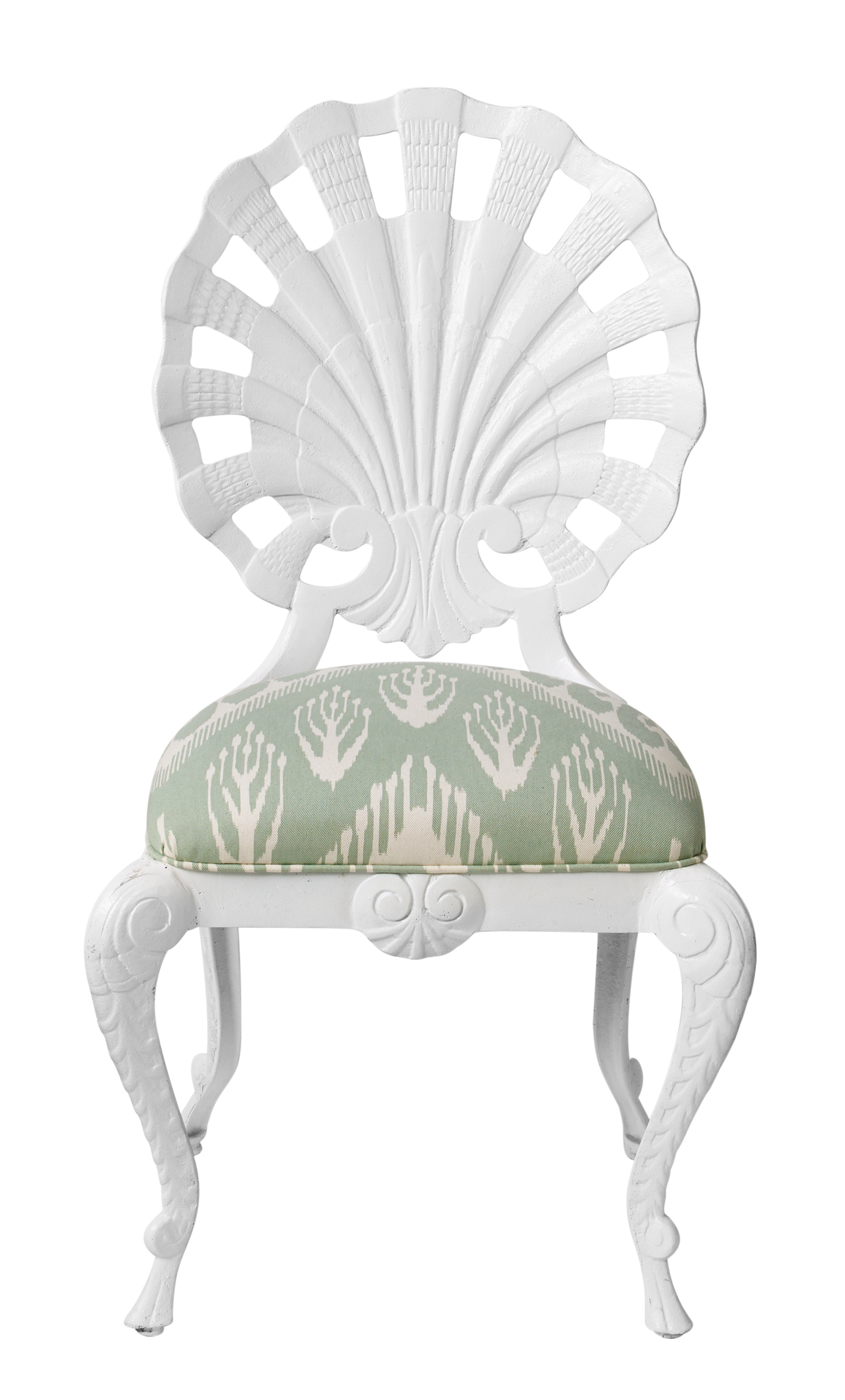 Chair covered in a seafoam selection from Michelle Nussbaumer’s eponymous textile line.
1983  Meets and falls in love with movie producer Bernard Nussbaumer. “I met him at a party here in Dallas. He had come in to visit some friends — he’s Swiss. I saw him from across the room. We dated for a year, and then we got married.”

1986  Moves to Rome, Italy. “My next-door neighbor was Valentino, and on the other side was Franco Zeffirelli. They were a huge influence and changed my life. Their homes were amazing. Rome was captivating. I spoke Italian, so I took different people shopping for antiques. We had two kids, lived in the country, and I had a barn where I kept antiques while my husband worked in the film business. That’s how it all started.”

1989  Moves to Los Angeles. “I did set design and stuff in the theater. I had two stores — Company and Blake’s Antiques — with some of my friends. It was great because we were a bunch of girls with children. By this time, I had four kids, and I dragged those poor children to all the flea markets and antiques shows. I’m sure they’re complete modernists now.”

1996  The family of six moves back to Dallas. “It was horrible! I was really sad. First I have to leave Rome to go to Hollywood. Then I leave L.A. But honestly, it was the best decision.”

1998  Opens Ceylon et Cie. “I originally opened on Riverfront and people thought I was insane. I was afraid my aesthetic was going to be way too out there. The English thing was happening here—it was very Ralph Lauren. And everything was mod and crazy in L.A. I arrived with that. It was a tiny little shop, but it was immediately successful. I started having more confidence. I was open from 11 a.m. to 4 p.m., and I usually closed at 3 p.m. because I had to do carpool. It was a lot of fun. We were always closed in August because I went to Italy for the month. I finally found a cute girl to work there, and then we were open in August.” 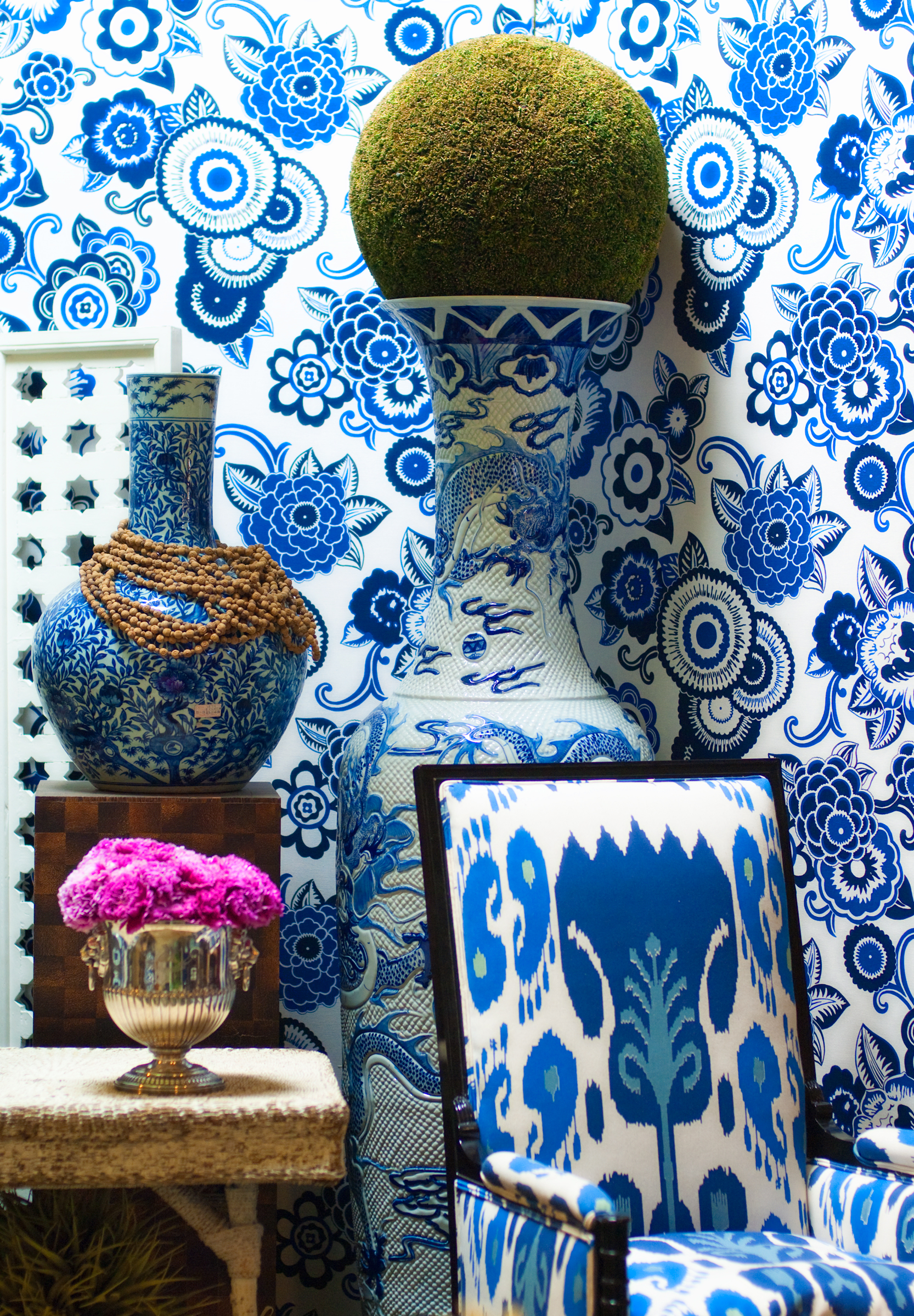 2013  Develops concept for Michelle Nussbaumer Textiles. “I’ve had a furniture line since the 1990s. I always made stuff for clients, so I had developed resources in India and elsewhere. It was a natural transition to the textile line, and I’m excited to get it out there.”

Now  Writing a book for Rizzoli. “The book is about my interior design. I travel quite a bit. That’s one thing I love about the antiques business—new cultures, meeting people, finding things in Asia, Africa, India, and France and bringing them into client’s homes.” 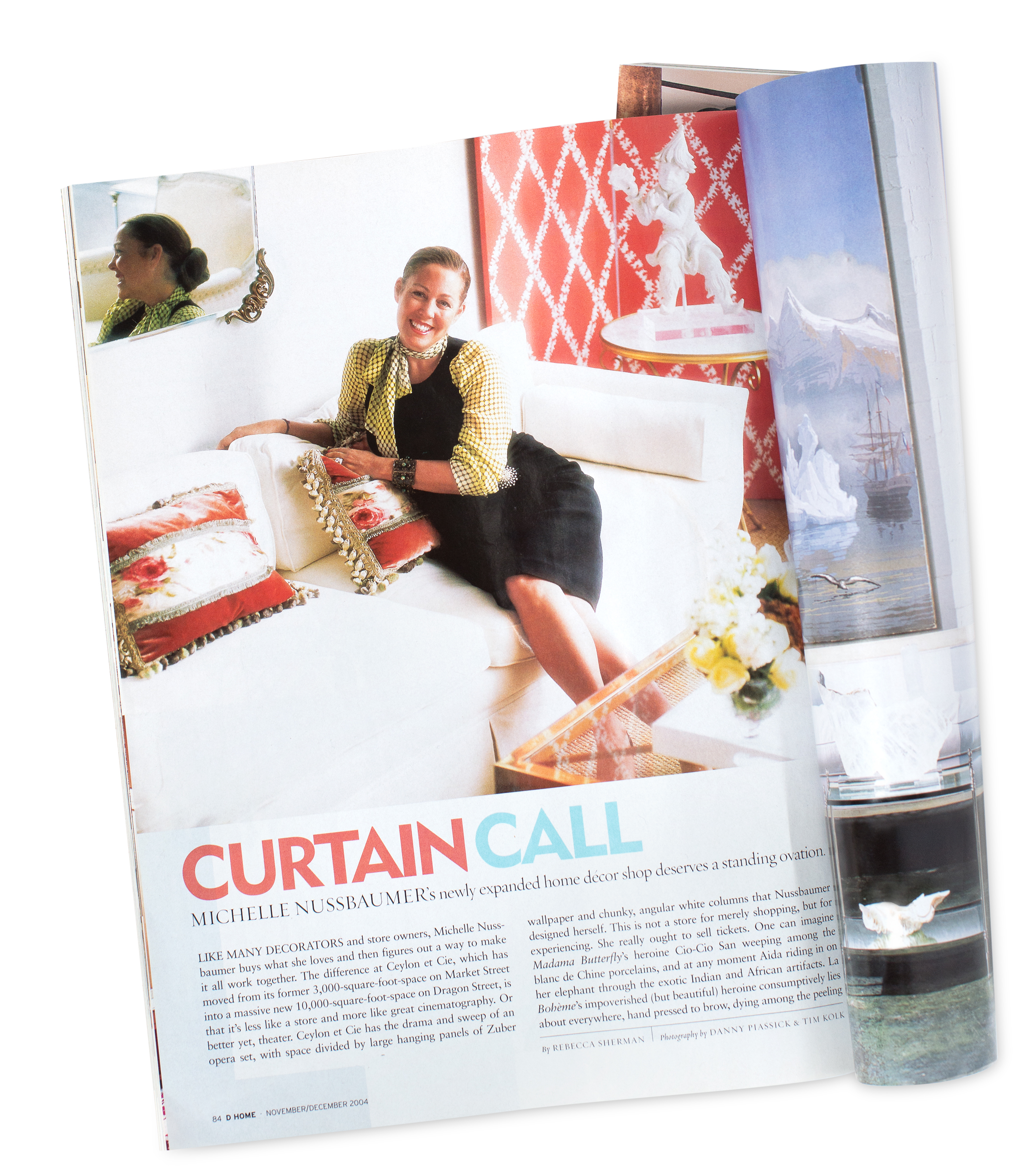 Later  World domination. “I see myself doing another book, and I want to get more into product development. One of my daughters is taking a bigger role in the business—she’s working on pop-up-shop concepts in Aspen and Mexico City. My other daughter is going to Parsons in Paris, and she does amazing art that’s in the shop. Both of my boys are in business. My husband opened a juice bar called Buda Juice with his good friend. They’re opening six, and I worked on the interiors.“

FUN FACT:
“I was always drawn to fashion and art and the beauty of nature. When I would ride my horse in the country, I loved being in nature. A lot of my design is influenced by nature. I’ve always been an adventurous girl with an adventurous spirit.”