Carl Brown turned his family farm into what is now known as Casa Linda in 1939. He developed Casa Linda Estates and added Casa Linda Plaza, which gave residents a place to shop. Building was fast and furious, although World War II slowed things a bit. In 1945, the year Dallas annexed the area, the population was 100. Today, more than 400 families live here. “The close proximity to White Rock Lake, easy downtown commute, large lots, mature trees, and vintage homes attract many to the area,” says real estate agent Jenny Capritta, who has been selling here for 25 years. Casa Linda’s lots and homes (many Spanish Colonial style or Austin Stone) are matched by the pace of its residents, who enjoy more than their fair share of Dallas nature.

Population: Casa Linda has 455 single-family homes within its boundaries. 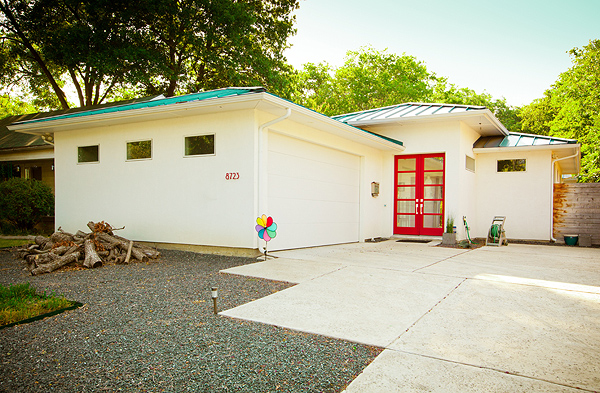 photography by Josh Martin
photography by Josh Martin
Where to go: White Rock Lake and the Dallas Arboretum are the big draw here. Residents also enjoy the Sample House, Sergio’s Jewelry, Natural Grocers (cheaper than Whole Foods), Lover’s Pizza, Szechwan Pavilion, Highland Park Cafeteria, Fat Daddy’s Burger House (no liquor license means free beer), Barbec’s (famous for beer biscuits), even chains like Chili’s, Another Broken Egg Café, and Starbucks (where the baristas know your order and your name). Nearby Good 2 Go Taco, which has a bit of a cult following in East Dallas, is just a few minutes away, as is Casa Linda Bakery (known for its petit fours) and TC Shaved Ice (how many snow cone shops have 1,579 Facebook friends?). Unlike many neighborhoods in Dallas, residents sometimes actually walk around. “I love that I can walk to Casa Linda shopping center, the post office, White Rock Lake, the Dallas Arboretum,” says resident Deanna Hollas, who moved here partly to be close to the lake.

Why Casa Linda: Capritta moved into the neighborhood in 1997. Homeowners with at least an acre can have horses, a deed restriction Capritta’s two mares enjoy. Even residents who don’t house horses enjoy the simple fact that you can. “It feels like you’re in the country, but you’re 10 minutes from downtown,” says Kristin McMahon. “There are no sidewalks and not a lot of traffic, big lots, big trees, and the houses have character.” Hollas agrees on the love affair with the trees and homes, adding to her Casa Linda love letter the community feel of the neighborhood. “We know our neighbors, and there is a real effort to look out for one another,” Hollas says. The small-town feel is a common theme with residents. Cindi Fitzgerald, who moved from Richardson to be closer to her kids’ school, White Rock Montessori, enjoys the unpretentious feel. “I love the Fourth of July parade we do with Little Forest Hills,” she says. “It’s not overdone, and everyone and anyone can march along. When my dog gets out, folks know who he is and bring him back. A couple of neighbors do summer movie nights in the park, offering free popcorn and water. Neighborhood kids wash your car and sell lemonade or cookies for a good cause. It’s a small town in the big city.”
Addresses For Sale:
1319 El Patio Dr.
9409 Alta Mira Dr.
9618 Losa Dr.