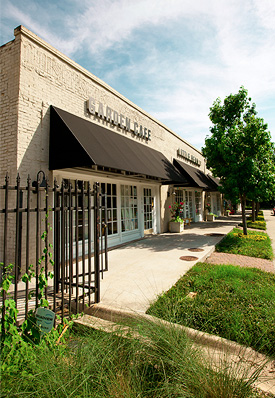 photography by Josh Martin
photography by Josh Martin
Junius Heights became a historic district in 2006, the same year it started its annual home tour. The 100 years between its streetcar heyday and historic return included a period of undesirability that began during the Depression, leaving behind single-family-homes-turned-duplexes. One local says his real estate agent advised he tell people that he lived in nearby Lakewood. But these days, the perfectly lined front porches encourage residents to socialize with neighbors in a throwback to an earlier time rarely felt in such urban areas. While the neighborhood is surrounded by East Dallas stars, Junius Heights residents aren’t intimidated. They’ll take their stroll to the Lakewood library over your neighborhood name recognition any day.

Population: About 700 families live in Junius Heights, most in single-family homes.

Where to go: In general, East Dallas residents feel like they live in a city within a city—even more so in Junius Heights because of its proximity to restaurants and retail. The Garden Café is walkable from every house. Matt’s Rancho Martinez has a cult following, not hurt by its proximity to neighborhood favorites like the Lakewood Theater and the Balcony Club. Other go-to restaurants are Penne Pomodoro, Ali Baba, and Legal Grounds coffeehouse. Neighbors gather at the library to mooch off the Lakewood Country Club fireworks every July, walk to vote at the Junius Heights Baptist Church, and run to White Rock Lake via the Santa Fe Trail. Locals go to the Paciugo across from the new(ish) Whole Foods to get their gelato fix, the Ace Hardware to get Neiman Marcus service even if they’re only buying a 10-cent screw, and Redenta’s for luxurious organic plants and gardening advice.

Why Junius Heights: The majority of the homes here were built between 1906 and 1940, with a few new constructions thrown in. “I love the whimsical architecture and the friendliness of the neighborhood,” says René Schmidt, who moved into Junius Heights in 1995 and is president of the neighborhood association. For Sandy Bracy and her family, the walkability of the neighborhood is what they love most. Andrea Loubier is drawn to the architecture and diversity, which is what real estate broker Marsue Williams hears often from new residents, happy about the historic designation. “It’s really so varied,” Williams says. “We have really big homes from the ’20s on Gaston, many of which have been remodeled, updated, brought back to life. Then we have an area called the short streets with Tudors like you’ll find in the M Streets. And the balance of the homes are Craftsman and prairie style. We moved in and thought we’d stay a year. It’s been seven years. Why would this not be the trophy of Dallas?”