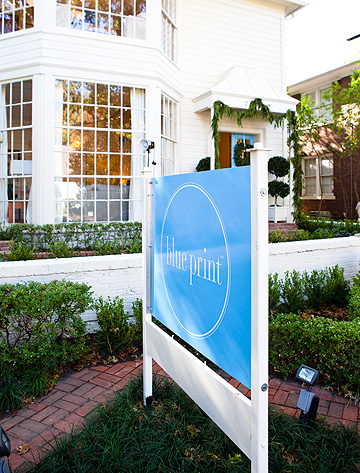 Blue Print’s new digs on Fairmount Street. photography by Alex Ham
photography by Alex Ham
When a handful of designers collaborate to open an interiors store, expectations are high. Luckily, the women of Blue Print don’t disappoint. The recently opened home store is run by five friends—Cynthia Collins, Caroline Davis, Leslie Jenkins, Carrie Jane Pogoloff, and Lucy Ward—and four are designers at Collins Interiors, which has been decorating homes in Dallas and across the country for nearly two decades. “We travel to England, France, New York, or LA several times a year for our clients anyway,” Collins says. “So we thought we’d try to make our finds available to the public.” When Uncommon Market moved to the Design Center, the old space on Fairmount came open, and the women couldn’t pass. But the home, which was built in 1925, was in disrepair. After significant renovations, replacing the bad and enhancing the good (like the original plaster molding), the location has become a showplace for their French and English antiques, modern art, custom upholstery, midcentury modern furniture, gifts, and jewelry. “We wanted the store to be forward thinking in design,” Collins says, “but at the same time be filled with timeless pieces that will last for years.”