Subscribe
Advertisement
Two hot trends in luxury tourism are destinations that give visitors space to breathe and highlight all that Mother Nature offers. Fortunately, getting away from it all no longer means roughing it. That’s certainly true in Puerto Rico, just under five hours away on a direct flight from Dallas. The U.S. territory offers numerous upscale, natural tourism experiences, from sleeping in a treehouse to staying at a coffee plantation B&B—and some serious luxe accommodations.

During a recent trip to the Caribbean island, I had the opportunity to peek beneath ocean waters and explore the area’s coral reef, hike through the only tropical rainforest in our national forest system, and sleep at a resort with a gold-certified Audubon sanctuary. Rebounding from 2017’s devastating Hurricane Maria, the island is a testimony to the positive impact of ecotourism and a tribute to the resiliency of its people.

The daughter of Puerto Rican parents, Solaris Technologies CEO Evelyn Torres-Gomez has been traveling to the Caribbean island with family since she was a young child. She says she enjoys its laid-back atmosphere, eclectic food, and natural landscape. And no trip is complete without a nighttime swim in the bioluminescent bay. “It’s a natural wonder of the world, and not many people know about it,” she says. Her pro tip? Go to the bay when there is no moon, because you can really see the illuminations of what looks like thousands and thousands of lights in the water. “It’s almost like you’re under electricity,” Torres says. “It’s so beautiful—and it’s free.”

Before making our way to The St. Regis Bahia Beach, which is nestled between El Yunque National Forest and the sparkling Atlantic Ocean, my sister and I opted to spend a couple of days exploring Old San Juan.

We arrived in San Juan at about 10:40 p.m., and, thanks to our wonderful driver with First Class Destinations, treated to a fun moonlight tour of Old San Juan before we settled into Palacio Provincial.

Right in the middle of Colonial Old San Juan, the hotel is the first to open in the historic district in decades.

A couple nights in Old San Juan is a must when visiting Puerto Rico.


We began our first full day in Puerto Rico with some deliciously strong coffee and a small breakfast at the hotel before setting out to explore the charming pastel-colored neighborhood.

A stop at the Cathedral de San Juan Bautista was a must. Old San Juan’s venerated cathedral is Puerto Rico’s grandest religious building, and one of its most important. It also is the second oldest church in the Western Hemisphere and the oldest church on U.S. soil.

From there, we grabbed iced Aguas from the window of what I believe was someone’s actual kitchen before enjoying a leisurely walk down the blue cobblestone streets to check out some of the local retail and art shops. After an enjoyable lunch of fried sweet plantains, we took in some more historical landmarks such as Castillo San Felipe del Morro—one of the largest fortifications built by the Spaniards in the Caribbean during the 16th century—and Santa María Magdalena de Pazzis Cemetery.

Before heading out to the municipality of Río Grande (where The St. Regis Bahia Beach Resort is located), we made sure to visit the island’s oldest rum distillery, Ron del Barrilito, for a mixology class and tour. One of the coolest things I saw was a barrel filled in 1952, which is reserved for when Puerto Rico finally gains independence. 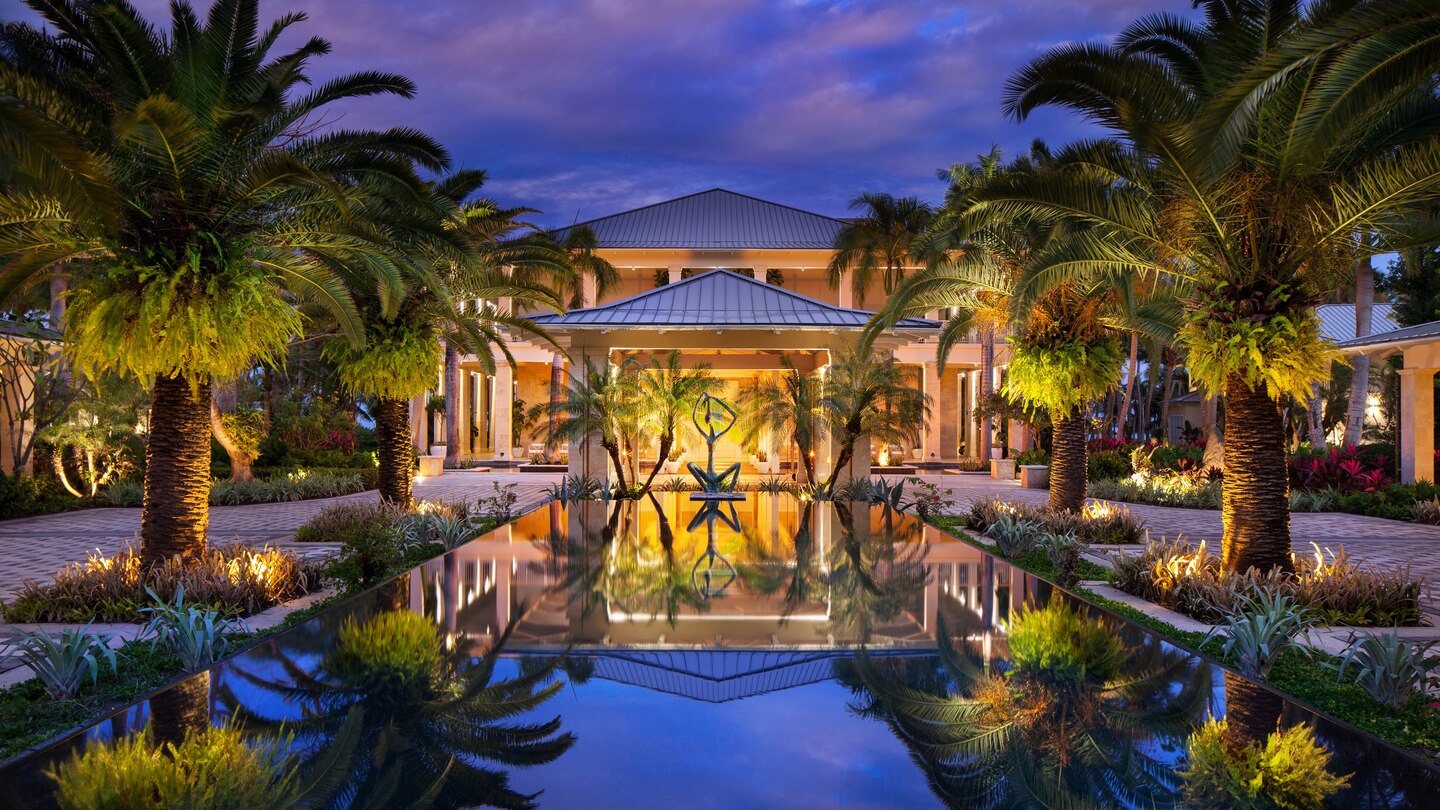 Secluded beaches, a legendary rainforest, and excursions such as the World’s longest zipline, and you really cannot go wrong in the Eastern part of Puerto Rico. The St. Regis Bahia Beach Resort is an absolute stunner.

The luxurious property sits on 483 acres of lush landscape. It offers a 10,000-square-foot spa (where I had the massage of my life), a seaside pool, posh dining experiences, and an 18-hole golf course designed by Robert Trent Jones Jr., one of the world’s pre-eminent golf course architects.

Once the site of a coconut plantation, The St. Regis is flexing a recent $60 million renovation led by San Francisco-based Hirsch Bedner Associates and Puerto Rican designer Nono Maldonado, who took influence from the surrounding pristine beach, ocean waters, and even river cobblestones for a more colorful and contemporary look.

Although the property is expansive, it manages to feel intimate, with just 139 spacious rooms housed in small buildings and separated by tree-lined, wooden boardwalks.

Much like the rest of the resort, the rooms can easily be described as tranquil with a bright, modern palette in white and light blue shades.

Besides my large balcony with sprawling views, my favorite room accommodations were the round-the-clock butler service and the bathroom’s double showers and soaking tub.

St. Regis also spent $3.8 million restoring its grounds, which, because of a commitment to conservation, make for a great place to spot rare birds, such as the Puerto Rican parrot.

Covering 28,000 acres, and receiving more than 200 inches of rain per year, El Yunque National Forest is the only tropical rain forest in the US Forest system.


My sister and I were lucky enough to have the resort’s marine biologist lead us on a tour of the grounds before taking us to El Yunque National Forest. Despite its small size—about 28,000 acres—the rainforest contains great biological diversity. We saw waterfalls tumbling over volcanic rock and learned that the island is about 200 million years old (compared to Hawaii, which is about 60 to 70 million years old). And if amphibians are your thing, it’s a great place to see and hear the Coquí frog—something you can only do in Puerto Rico and Hawaii.

Make sure to stop in town for a fresh coconut juice before leaving.

Snorkeling is another must when you are in Puerto Rico, and I highly recommend booking a trip with Traveler Catermaran to explore Icacaos Island. Icacos is a tiny uninhabited island just off the coast of Fajardo on the east coast of the island and is the most scenic cay of the many that make up the La Cordillera Nature Reserve.

We sailed on a 54-foot catamaran to explore the uninhabited island and spent a lovely afternoon peering into the crystal-blue water at beautiful fish and spectacular coral reef formations. It was about as far away from big-city life as one can get.

A final experience you cannot miss while in Puerto Rico is taking a swim in a bioluminescent bay, where dinoflagellate plankton gathers and thrives.
View Gallery