One of the most complex roles in the C-Suite is held by the corporate counsel. Their multifaceted work requires them at different times to be a teacher, decision-maker, defender, risk-taker, negotiator, protector, and more. Above all, they are the chief executive’s most trusted adviser. For the past 12 years, D CEO has honored the best in the business through its annual Corporate Counsel Awards. Experience and education are essential to rising to the top of the corporate legal ranks. Still, one cannot discount how experiences outside boardrooms and courtrooms impact how they approach their jobs. 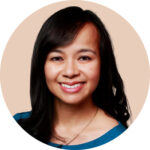 For some, those lessons begin very early in life. That was the case for McKesson Corp.’s Alexandria Hien McCombs. Asking, “When can I get this done?” not “Can I get this done?” is a mindset that helped her and her family escape a collapsing South Vietnam in the spring of 1975. And it’s a philosophy that she applies today in her role as managing chief counsel at the pharmaceutical distribution giant.

Her father served in the South Vietnamese navy. As the North Vietnamese closed in on Saigon, a 19-month-old McCombs and her family were on one of the last boats out as part of Operation Frequent Wind, which evacuated American civilians and at-risk citizens at the end of the Vietnam war. The mission was led by 30-year-old Richard Armitage, a former naval officer who had mastered the Vietnamese language and joined a Department of Defense command. He went on to become Deputy Secretary of State under President George W. Bush. McCombs was able to connect with him later in life and thank him for his leadership.

“I asked him, ‘How did you have the resolve, fortitude, and bravery to pull off something like this?’” McCombs says. “He told me that when he approaches any challenge or any obstacle, he always thinks of when can I get this done? He never thinks about whether he could accomplish something. That resonated with me. Sometimes you can limit yourself by thinking, ‘I’m not sure I can even tackle this.’ I think back to Armitage’s words of planning it out.”

After their ship nearly sank and taking shelter on an island that doubled as a prison, McCombs’ family lived in refugee camps in the Philippines and Guam before being sponsored by churches in Pennsylvania. She grew up in Lewisburg, Pennsylvania, as one of the small town’s few Asian residents. Other Asians in the community were her extended family, she says. McCombs remembers sitting at the lunch table at school, opening her rice dish and eggrolls, wishing she could munch on a peanut butter and jelly sandwich like her young peers. But the experience would pay dividends down the line. “It definitely elevated my consciousness of being very open and sensitive to others,” she says.

When McCombs’ parents were denied a home loan that would have allowed them to move into a better school district, she wrote an essay in her 7th-grade class that was noticed by her teacher. The teacher reassured her that she was getting a good education in her district but offered to help her earn a scholarship to an elite private school in the area. The time and energy her teacher gave her is reflected in how McCombs views her work as a corporate counsel. “I take on a teacher role in helping my clients, whom I see as my students,” she says. “I want to give them options and help them find solutions that work best. I see the role that we have as in-house counsels as teachers who help our clients think more independently.”

Gaining by Giving Back 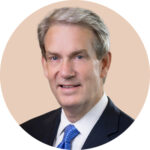 Peter A. Lodwick
Courtesy of Company

A basketball team walk-on at Southern Methodist University, Peter A. Lodwick ended his collegiate career as a three-year starter and captain with a full athletic scholarship. He knows a thing or two about discipline and teamwork, both of which have been essential to his rise to become managing director and general counsel at RGT Advisors, a Dallas-based wealth management company. Lodwick also has learned the value of giving back. A current member of the executive board of SMU’s Cox School of Business, he has also served on the university’s Board of Trustees, the board of its Dedman School of Law. But it is his work with the Salesmanship Club of Dallas, including serving as president of the club from 2018 to 2020, that have had the most impact, he says.

He joined the Salesmanship Club in 2004, holding various leadership roles over the years, including being elected to the board twice and working on the organization’s strategic plan. As the host organization of the PGA’s AT&T Byron Nelson golf tournament, it focused year-round on perfecting every aspect of the event. Since its inception, the tournament has raised $167 million for the Momentous Institute, which works with families and communities to improve social and emotional health of children.

The COVID-19 pandemic canceled the 2020 Byron Nelson, and later that year, the organization announced that the event would move to TPC Craig Ranch. The changes made the usually ceremonial presidency one of the most eventful to date, but it also gave Lodwick valuable experience that serves him well in his current role.

As president of a 620-member club, it was his job to be the decision-maker, take advice from past presidents and other officers, and help negotiate deals with big-time players such as AT&T, PGATour, and ClubCorp, which owns TPC Craig Ranch. As the head of the Salesmanship Club, he needed information to be boiled down to the essential matters and communicated clearly and effectively. He saw stellar examples of those communication skills and others that were less than perfect, but both helped him understand how to do the same as a corporate lawyer.

“I learned a lot in leadership positions that helped me be a better counselor to people who are similarly situated,” Lodwick says. “The club is primarily composed of people who run their own businesses and have strong opinions, so you have to work collaboratively with them. Communication on issues is as important as the solution itself.”

Lodwick’s many roles in board leadership at SMU deepened his connection to the university and led to mentoring opportunities with current students. Lodwick finds these relationships invigorating, and says they help him remember why he entered the legal world in the first place. For the same reasons, he also he seeks out mentoring opportunities at his firm. “It’s important to mentor in the workplace, and I see a parallel between those two things—mentoring students and mentoring the next generation in your workplace.” 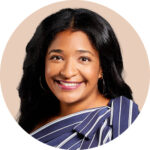 Tasha Grinnell Stringer was a military brat who grew up all over the country. She leans into her Black Hawaiian roots as she navigates her vice president and assistant general counsel role at Neiman Marcus Group. Her diverse background is matched by the various sectors in which she has worked, including but not limited to the dairy, cybersecurity, and logistics industries. She embraces who she is, and it serves her well.

“It’s impossible to deny who I am,” Stringer says. “When I walk into a room, everybody knows that I’m a woman of color, so I lead with that. Sometimes it’s beneficial, but sometimes it is not. That’s the reality of the world. It’s not like I can pretend not to be a Black woman, so I try my best to use that to my advantage, use it to help others, and to serve as a mentor who other individuals can truly look up to.”

The mother of two has held volunteer leadership roles on the boards of Booker T. Washington School of Visual and Performing Arts, the Dallas Black Dance Theater, and Corporate Counsel Women of Color, among others. The involvement helps her stay connected and understand new perspectives. This, in turn, aids when representing the company in employment issues with its 13,500 employees or being the point person to help Neiman Marcus navigate the pandemic.

“The beauty of immersing yourself in your community is that you can see the bigger picture,” Grinnell says. “When you spread your wings throughout the community, you get to hear what other companies are doing.”

Knowing that those around her look up to her and see themselves in her shoes gives her confidence as a corporate counsel. During the pandemic, her daughters were able to see her work and better understand the impactful role she plays in her company. “It hit home for me that it wasn’t just the less fortunate children in the community who I mentor, but my own daughters were seeing me in this role, and it was impacting who they are and who they ultimately will be,” she says. “For me, that has been the greatest gift.”

That realization helps her bring her best to work every day. “The more that I ascend in my career, the more that I realize my duty to my people,” she says. “I see that people truly are looking up to me.”