I remember learning to write checks in the third grade, perfecting my cursive signature and working through the number of cents that should go over the 00s. The first thing the teacher said? “Never leave the subject line blank.” But in the past two years, thousands of institutional investors have done just that, jumping into the booming special purpose acquisition companies (SPACs) market, putting their money behind an operations team hoping to merge with a private company looking to go public (see sidebar).

SPAC transactions, called de-SPACs, commence much like a wedding. Here’s how the deals come together:

Dating. Investment and operational professionals, called sponsors, create a public fundraising entity (a SPAC) and pursue a company looking to go public (a target). Institutional investors invest in the SPAC, purchasing warrants or shares at a fixed price of $10. The SPAC must find a target and take it public within
18 to 24 months of filing with the SEC.

Engagement. Once a SPAC finds a target, the parents of the bride enter the picture—with their pocketbook. The pairing needs additional funding to complete the merger, so they turn to private investments in public equity (PIPEs). PIPEs assess the merger and either give their blessing or walk away.

Wedding. When merger terms are set, the wedding can commence. But, those in the audience can still object; initial SPAC investors can see the terms of the deal and choose to cash in their shares.

Targets, or companies hoping to go public, have included Plano-based biltong company Stryve, Irving-based custom software consulting company AgileThought, and more. “The SPAC route is easier, because you come to an agreement beforehand, and then you work into getting yourself public,” says Manuel Senderos, AgileThought CEO. The company closed its merger with LIV Capital, a Mexican SPAC, in late August 2021. Its equity capitalization is $91.5 million, with a market capitalization of $420 million.

AgileThought purchased 11 companies since 2015; it was acquired by Irving’s AN Global in 2019 and moved its Tampa headquarters to North Texas, retaining the AgileThought name. Senderos, who led AN Global, took over and initially looked to go public through an IPO, but COVID put that process on hold. Several suitors approached Senderos; he chose to merge with a Mexico-based SPAC, as AgileThought has a large Latin American talent pool. 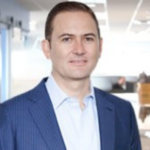 “What’s important in the SPAC is that both sides have the same understanding of the business that we’re in and want to go forward with,” Senderos says. He signed a deal in December 2020 and closed eight months later.

AgileThought’s market entrance follows 298 SPACs formed in Q1 2021 alone. Initially, the Securities Exchange Commission struggled to regulate SPAC filings, which often use projected performance numbers to help young companies make it to market. Concerns about target companies’ inexperience, overvaluation, and the appropriateness of SPAC sponsors emerged at the close of 2020. By early 2021, notable deals, including those with Momentus and Nikola Corp., another large electric vehicle company, settled securities fraud allegations, casting a shadow on the trend. The SEC released several disclaimers to guide investors and sponsors as it tried to slow the boom.

The private investment in public equity (PIPE) market eventually emerged as a decelerator, trying to compensate in part for the due diligence conducted by an underwriter in a traditional IPO. A key piece of the SPAC IPO fundraising process, PIPEs provide the funding that ensures a merger can close, even if some initial institutional investors choose to redeem their shares prior to closing.

“In the last five months or so, traditional PIPE investors have started to look closely at the investments and the valuations that are being used, and have passed on a lot of deals,” says Bill Howell, partner at Sidley. 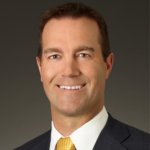 By April, formalized regulations forced SPACs to thoroughly disclose merger terms, the appropriateness of sponsors, and file warrants as liabilities rather than equity, which roiled the market.

“At the beginning, everybody was just trying to figure it out, and everything went on hold,” Howell says. Q2 filings decreased to fewer than 70 new SPAC deals nationwide, and institutional investors began to balk.

Prior to a deal closing, institutional investors can review the specifics of the merger and choose to cash their shares or warrants for a pro-rata rate if they aren’t confident in the target’s longevity or ability to perform. In the second half of 2020, redemption rates were under 5 percent for the majority of SPAC IPOs, but by July 2021, many were upwards of 50 percent. Sponsors and targets scrambled to ensure there were no reporting errors in their filings.

Senderos, whose deal was nearing close in July when companies were rushing to correct their filing of warrants, says AgileThought was able to quickly make changes. “We actually saw a very streamlined process with the SEC,” he says.

Howell says after two or three months of mulling it over, players in the SPAC market realized that it made little difference where warrants were filed; much of the community understood their meaning. “Everybody finally decided it didn’t really matter at the end of the day,” Howell says.

Now, the SPAC market may have reached the flat period of a long roller coaster ride, with institutional and PIPE investors continuing to perform increased due diligence. “We’ve been in such a good market for so long now, it feels like something eventually has to give,” Howell says. “But as long as the market’s strong, I think we’ll continue to see this sort of level of activity moving forward, at least for the near future.”