We asked leaders at Texas Woman’s University, Lyda Hill Philanthropies, and Asian Mint who they'd like to share a meal with.
By  Ben Swanger | July 21, 2021|4:00 pm

All of us had role models growing up. For some, it was mom or dad; for others, it was a superhero, an athlete, a relatable celebrity, or another popular figure.

As an 8-year-old in Dallas, a dream of mine was to have a shoot-around with Dirk Nowitzki. Sadly, the closest I ever got to the Dallas Mavs star was the Fathead poster on my bedroom wall.

As we transition into careers, our role models evolve, too. With this in mind, we asked area executives which DFW business leaders— past or present—they’d like to share a meal with and why. Here’s what some of them had to say: 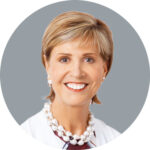 “I’d have dinner with former Dallas Cowboys great Emmitt Smith. He has built on his success to serve today’s youth, and he is committed to making sure that everyone has a voice at the table. My second dinner guest would be John Stankey of AT&T. As CEO, he has to be mindful of profits in leading the company, but at the same time, his heart is with the people he leads, their families, and the well-being of Dallas as a city.” 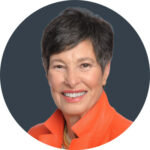 “I’d have dinner with J. Erik Jonsson, mayor of Dallas from 1964 to 1971. Erik’s vision transformed the city. When asked what his most important contribution to Dallas was, he said it was putting Woodall Rodgers Freeway underground so someday someone could put a park over it. That is vision—beyond vision. I’d also choose Rob Kaplan, president and CEO of the Federal Reserve Bank of Dallas. His vision of what can be done is inspiring.” 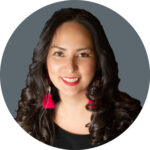 “I’d have dinner with Mark Cuban of the Dallas Mavericks and Anne Chow of AT&T. I’d love to pick Mark’s mind on a growth strategy for restaurants of my caliber. I’d also like to hear his thoughts on supply-chain ideas to get products in supermarkets and sold online. For Anne, I would love to be mentored on leadership and get her perspectives on strategies for growth. That would be a dream come true!”