Nonprofit restaurateur Chad Houser discovered rock climbing during his search for a form of exercise that could meet his busy schedule demands.

“I used to play hockey a lot,” he says. “I just didn’t want to go through the commitment of signing up for a league because my travel schedule was so busy.”

Houser worked as a chef for 17 years before selling his stake in Parigi in 2012 to launch Café Momentum, where he serves as CEO and executive chef. The popular Dallas restaurant helps at-risk juveniles find a pathway to employment through 12-months of on-the-job service industry training.

When it came to working out, Houser wanted an activity that was both physically and mentally demanding to take his mind off operations and expansion plans. He and his wife discovered indoor rock climbing a few years ago and decided it would fit the bill.

Since Café Momentum opened in 2015, more than 750 at-risk youth have participated in its internship program. These juvenile offenders have a recidivism rate of just 15 percent—much lower than the state’s average of 43 percent. This has saved taxpayers an estimated $34 million in prison expenses. Located in the heart of downtown, Café Momentum is consistently named one of the best restaurants in Dallas and is supported by more than 20 local farms and ranches. Beyond the flagship eatery in downtown Dallas, it operates two food trucks—Baldo’s and Ruthie’s, both of which are often seen parked outside Klyde Warren Park. Café Momentum also offers catering.

“What I love about it is it is just as mentally stimulating as it is physically stimulating,” he says. Each route provides new athletic challenges and puzzles that he enjoys solving. “Climbing a wall is not just about sheer strength,” Houser says. “It’s about gravity and your core and positioning yourself appropriately on the wall. I love the problem-solving component of it.”

Before the pandemic, Houser worked out between three and five times a week at Summit Climbing Gym, a local chain, and scaling walls wherever business took him.

“I always look up gyms wherever I’m traveling to,” he says. “It’s my source of entertainment while traveling.”

More recently, Houser launched Momentum Advisory Collective to serve as the parent company for Café Momentum and drive a nationwide expansion of the concept. The goal is to have programs in 30 other cities in the next 10 years. 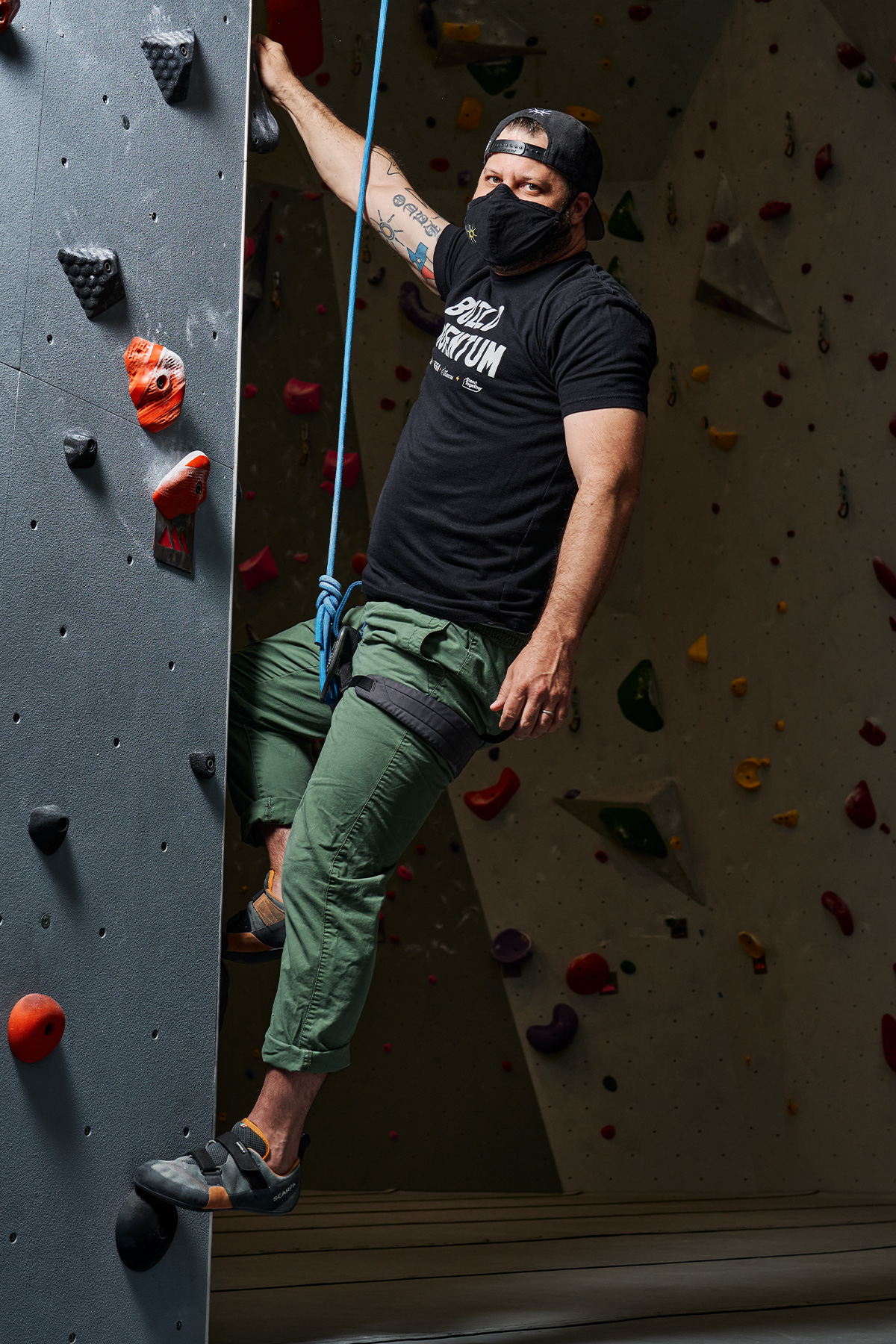 For now, he’s giving himself some grace as he works his way back into his climbing passion. That includes a goal to start tackling routes listed even higher on the V Scale, which climbers use to measure a route’s difficulty.

“That would push me a little further,” Houser says.

He and his wife also look forward to a time when their 1-year-old son can join them in their pursuit. We’ve joked that “maybe we can get a junior climbing wall in here and start young,” Houser chuckles.