Texas’ Economic Growth Is Driven By People of Color

The state's version of Inclusive capitalism and economic freedom benefits us all.
By December 16, 2021|9:00 am

Subscribe
Advertisement
The U.S. Census released this summer put Texas’ population at 29.1 million—up 4 million since 2010, more than any other state. One part of the latest headcount stood out: People of color accounted for a staggering 95 percent of the state’s population growth over the past decade. The state’s fastest-growing ethnic group, Hispanics, made up 40.1 percent of the population in 2020, just slightly below the 40.6 percent for Whites. Blacks were at 12.1 percent and Asian-Americans (and others) at 7.2 percent (see chart).

As their numbers increase, racial and ethnic groups are becoming even more important to Texas’ economic fortunes. The state will need an ever-expanding labor supply if it wants to remain among the leaders in growth and job creation; non-Whites will be filling most of those jobs. Regular readers of this column will be familiar with the Texas model of economic freedom, the shorthand for a regime of low taxes and light regulation that for decades has empowered the private sector. The model served the state well over the past two decades. Texas outpaced the nation by an average of 1.5 percentage points a year in GDP growth and increased employment more than twice as fast as the rest of the country.

By highlighting Texas’ shifting demographics, the 2020 census raised some interesting questions about the Texas model of economic freedom. Does it deliver better living standards for people of color? Would non-Whites fare better in places like California and New York, big states more disposed to tax, spend, regulate, and redistribute?

A Deep Dive Into the Data

The questions triggered a research project that found real incomes for all major ethnic groups are higher in Texas and states with similar pro-market policies. Ethnic groups’ incomes are lowest in states with the least economic freedom. The study started with Census Bureau data on workers’ annual earnings by state and age from 2015 to 2019, which we adjusted for differences in states’ average cost of living and tax burdens. We then looked at four ethnic groups: non-Hispanic Whites, Hispanics, Blacks, and Asian-Americans, subdivided by five levels of educational attainment, 53 fields of study, and 70 occupations. We made separate calculations for men and women. 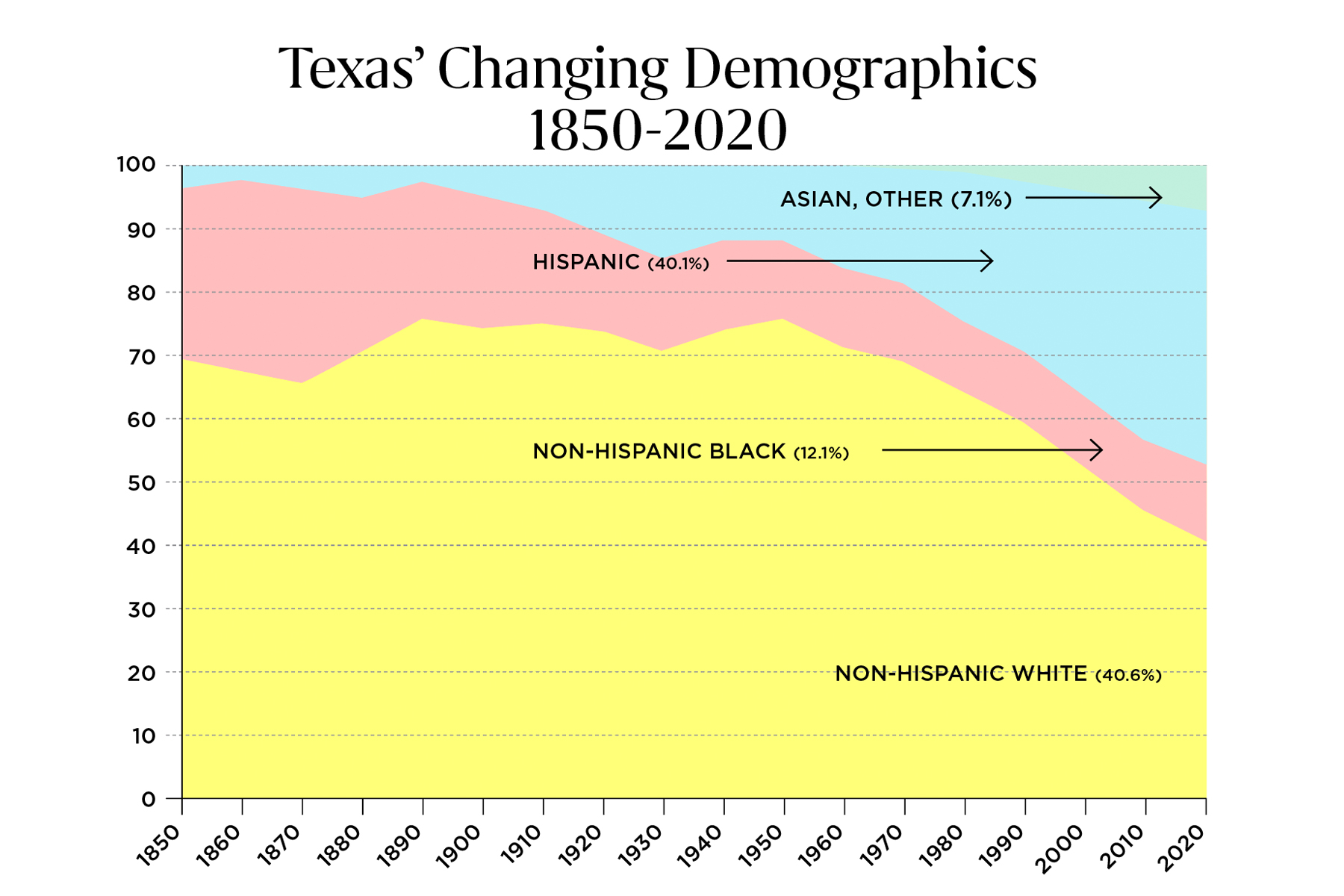 Our research doesn’t deny the minority groups’ past hardships or today’s structural racism. In fact, our data show large gaps in adjusted earnings between Whites and non-Whites. The disparities, however, are smaller in Texas and other states with greater economic freedom.

Migrants With a Message

Research by SMU’s Mission Foods Texas-Mexico Center finds that once migrants get to Texas, they tend to stay put. They like it here. They find work that affords a better life here. They seem to grasp intuitively what our research finds empirically: economic freedom—i.e., the capitalist system of markets and free enterprise—is inclusive. It raises living standards for all people.

Our data has a message for Texas and the rest of America. It’s wrong to blame capitalism for racial and ethnic groups’ economic struggles. Strangling the private sector with taxes and red tape isn’t the way to improve living standards—for Whites or for people of color.

W. Michael Cox is a professor of economics and Richard Alm is a writer-in-residence at the Bridwell Institute for Economic Freedom at SMU’s Cox School of Business.

Congratulations to all the 2019 finalists and winners.
By Payton Parker
Business

Jamba Juice, Baylor Scott & White Health, and NTT Data were among some of the companies honored.
By Payton Parker
D Magazine Directories