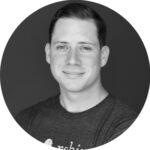 Logan Fahey’s role as CEO of an autonomous robot company may be the least exciting part of his life. His latest venture, Robin Autopilot USA, recently moved its headquarters to McKinney with the hope of taking a larger bite of the $105 billion lawn services market.

Fahey built a successful mowing business as a teenager. After dropping out of a local college, he got a big break when Ray Dalton, founder of medical products giant PartsSource, took 19-year-old Fahey under his wing and made him director of the Dalton family’s foundation.

“He was the reason my career took off,” Fahey says. “He created every kind of connection network possible. He pulled me into a billion-dollar corporation and let me be at the table for investment meetings.”

After his role with the foundation ended and a brief flirtation with politics (see sidebar), he worked his network to create holding company Fahey Group. He became a franchisee of Robin Autopilot and, with another investor, acquired the company after it ran into financial trouble. Fahey reinvented it, taking it from a franchise model to a robots-as-a-service business. 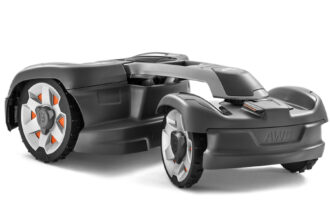 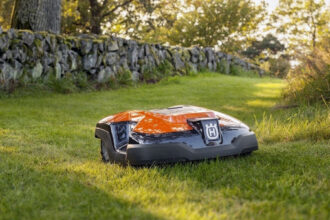 Courtesy of Robin Autopilot USA
Robin’s Husqvarna 435 AWD is made for properties with lawns of up to 1.25 acres

Robin previously focused on selling directly to consumers. Now, it exclusively deals with lawn service companies. They purchase the zero-emissions robots, install them at their clients’ properties, and maintain the physical robot while doing other lawn care services, such as edging and brush collection.

“Landscapers own the customer already; they own the relationship already,” Fahey says. “It’s a lot of money to acquire that many new customers, but a landscaper can almost instantly convert clients.”

Last year, Robin acquired its primary competitor, North Carolina-based Mowbot. Over the next five years, Fahey says one in seven mowers will be robotic; he predicts Robin will grow by $100 million during that time.

The Making of an Entrepreneur

In his work with the Dalton Foundation, Fahey, through an entity called Towards Employment, launched Bloom Bakery, which employed ex-offenders in Cleveland. When he wanted to scale the business, Towards Employments’ board disagreed with the move, even though Bloom’s board backed it. The conflict wasn’t resolved, and Fahey was fired.

Looking for his next act, the then-23-year-old was advised to run for Cleveland’s City Council. Both he and his opponent were young, gay, White men; Fahey says he didn’t do a good enough job learning about all the issues that were critical to voters, and he lost by 70 percent.

“Although it was a great experience long-term, it was the worst moment of my life,” Fahey says. “I was fired, then I lose miserably and publicly. And then I was like, ‘OK, what do I do?’” Tired of building businesses for others and listening to political kingmakers, he decided to pursue entrepreneurship and run his own company. And the rest, as they say, is history.