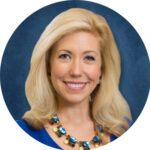 COVID-19 put the spotlight on healthcare and pushed many to spend more time outside. For Calvert Collins-Bratton, Dallas Park and Recreation Board president and Methodist Health System Foundation leader, 2020 was a momentous year—to say the least.

A former television reporter with FOX 4 who transitioned to working at Methodist in 2015, Collins-Bratton joined me for lunch in the West End at comfort food eatery Ellen’s, where I ate an embarrassingly unhealthy but delicious dish called a pancake pot pie, and she enjoyed a much more reasonable plate of breakfast tacos. 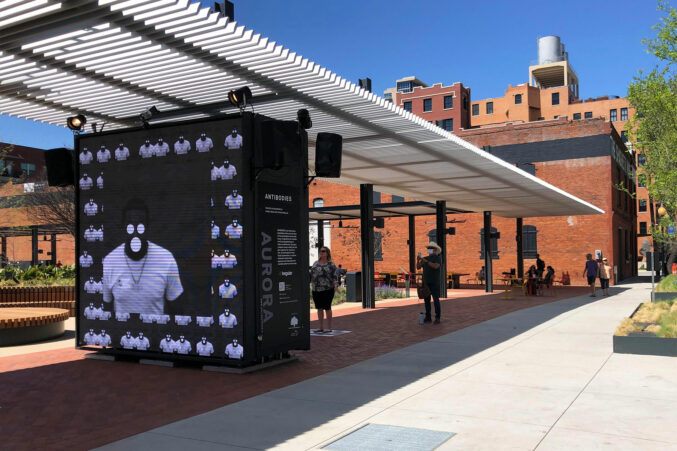 Once a parking lot, West End Square is now complete with WiFi, has a 50-foot shaded table with wireless charging stations and outlets, and an “innovation arcade,” where art installations can be powered.
Couresy

Ellen’s gave us a great view of downtown Dallas’ newest park, the $7.55 million West End Square. The former parking lot is now a “smart park,” which means it is equipped with WiFi, has a 50-foot shaded table with wireless charging stations and outlets, and an “innovation arcade,” where art installations can be powered. It also offers water features and lighting that are activated by motion sensors.

Appointed to the board by Jennifer Staubach Gates in 2017, Collins-Bratton became president in 2019. With $261 million in bond money to work with—and another $50 million for Fair Park—much of the green space in Dallas is being transformed; simple pools are becoming waterpark experiences, inclusive playgrounds are expanding access to those with disabilities, and downtown is getting greener with four new parks. West End Square was the second to open. Pacific Plaza came first in 2019, between St. Paul and Harwood streets. Next up is Carpenter Park near Deep Ellum, on tap for next year, followed by Harwood Park near Dallas Farmers Market, which will open in 2023.

Collins-Bratton says that Klyde Warren Park changed how the city and its leaders thought about green space, building the energy around park development that exists today.

“Dallas now sees green space as a bridge that truly brings people together.”

“What Klyde Warren did for parks, Uptown, and downtown was catalytic—there’s no doubt,” she says. “Dallas now sees green space as a bridge that truly brings people together. It changed the narrative of parks as not just being a little park in your backyard or neighborhood, but a destination.”

Dallas Park and Rec is keenly aware of serving specific populations, including the business population in the city’s urban core. It’s partnering with Parks for Downtown Dallas and Downtown Dallas Inc. to develop four downtown parks, which the city has equipped with WiFi. Beyond being beautiful respites, parks are an important amenity for downtown residents and workers—and a great investment for Dallas. A recent study by the city showed a 7:1 return on investment for parks (trails had a 50:1 ROI). As employers look to position themselves near downtown greenspace and trail networks, adjacent real estate prices jump.

As the Dallas parks board works to redefine green spaces, Collins-Bratton is excited to see where the evolution takes the city.

“Some people might want some kind of sports field at every park, but that’s not what everyone wants, so we need to have a mix,” she says. “Parks need to be as diverse as the people that they serve.”