Before he was the CEO of healthcare data analytics company Vizient, Byron Jobe was a carefree college student spending his summers working at Glacier National Park and Yellowstone National Park. “No fear, all risk,” is how he describes his 18-year-old self. That mindset explains how he nearly died in an avalanche. 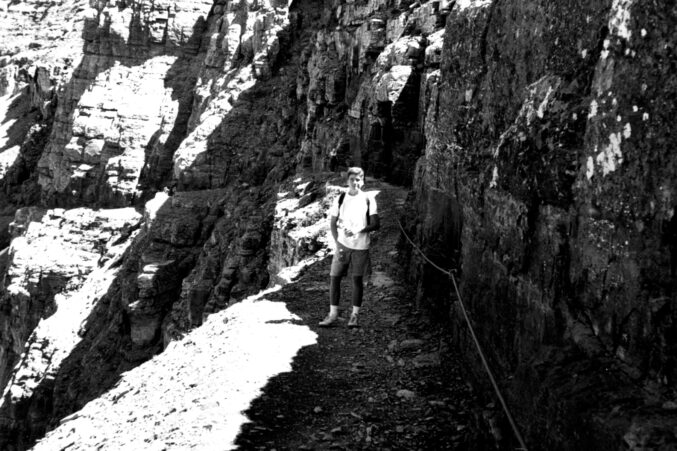 On the Edge Jobe’s “no fear, all risk” attitude as a young adult sometimes put him in perilous situations.

On an overnight hike near the Continental Divide in Glacier National Park, Jobe and his friends ignored the advice of park rangers and attempted to traverse the U-shaped bowl of Gunsight Pass Trail.

“It was a 1,000-foot drop, then another couple thousand feet down into a river below,” he says of the pass. With only a rope to keep the young men from falling, they crawled toward the crest when, suddenly, snow on the opposite side of the bowl began to cascade down. Jobe could only wait and watch to see if the avalanche would extend to where he was. “Obviously, it didn’t, or I wouldn’t be here today,” he says.