After launching his first startup in 2000, serial entrepreneur, Barry D. Nalls went on to found VYBRANZ and co-found AERnano Inc., both of which focus on reducing company expenses and driving up profits. Despite not knowing much about mountaineering, Nalls found himself using it as a metaphor in a yearly motivational speech he gave employees.

Looking to add more tension to his talks, Nalls put aside the ropes and harnesses he typically used for his presentations and made a phone call. Tom Whittaker was the first disabled man in the world to summit Mount Everest.

After watching his documentary, Nalls invited him to lead a four-day training focused on team-building; Whittaker returned the favor by taking Nalls on his first outdoor climb—a 1,000-foot nighttime ascent in the wilderness of Arizona. “After that, I was hooked,” Nalls says. 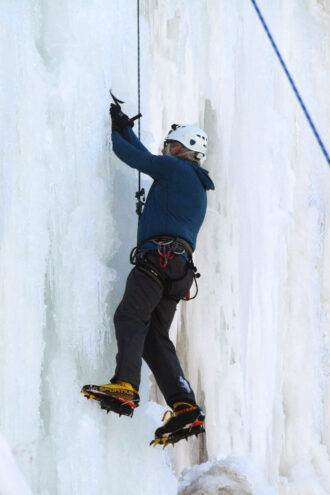 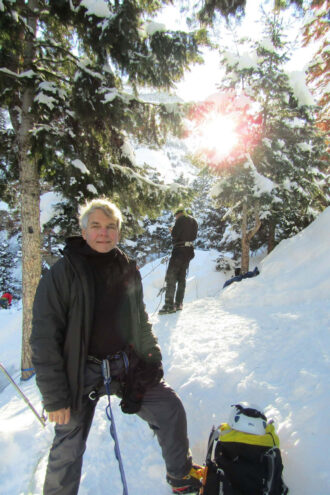 Five years later, he picked up ice climbing. The passion has taken him to peaks all over the world, from climbing up the famous ice walls near Ouray, Colorado to Mount Kilimanjaro—a climb he nearly didn’t complete after his body shut down 1,000 yards from the summit.

Everyone in a company will always have different skill sets, abilities, and goals, Nalls says. “It’s all about making their 21 steps. So, I let them set their own goals, then I ask, ‘Now, what are you going to do and what can you do to accomplish that?’”

The Amateur Sleuths Who Found a Missing Piece of Dallas History

The Best Places Near Dallas to Rock Climb