“After building Butler-Burgher Group with co-founder David Burgher, we sold it in 2007 to the country’s third-largest title insurance company, LandAmerica Financial Group. At the time, the Fortune 500 company had approximately 12,000 employees. LandAmerica’s objective was to create a robust valuation and advisory platform; I served as general manager and senior vice president of this operation. When the financial crisis hit a year later, it caused catastrophic issues in the residential and commercial title business—LandAmerica’s core business. This led the company to file bankruptcy in November 2008. 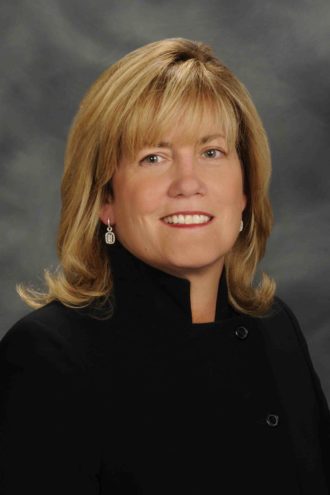 It was excruciating personally, as I felt an enormous responsibility to the employees and their families and also to our long-time clients. Many of these individuals had been with David and me since the beginning. The negotiation and reassurance of so many key players were critical to reestablishing the company, and getting the right team back together was intense and all-consuming—especially if we were going to succeed.

One of the many things I learned was that it is easy to get into a public company but very difficult to get out. Potential competition for the business had to be considered, assets had to be sorted out, legal and financial complications had to be addressed, and systems had to be reestablished.

With some great partnerships and a whole lot of luck, Butler Burgher Group was reformed in May 2009 with 62 employees. We essentially had 60 days once I got control to move our offices and be back up and running physically. I’ll always remember calling the owner of 8300 Douglas in Preston Center; he was a client, and he started our space construction before I ever signed a lease. And, I recall vividly one day calling Dell to order 65 laptops. I went back to our previous vendors and companies that serviced us before LandAmerica, and they all supported us. Telecommunications, research, data, HR/payroll—everyone was helpful because of the relationships we enjoyed over many years.

We were all grateful to have jobs and our company culture back. The challenge of reestablishing Butler Burgher Group was intense, but we quickly got back to doing what made us successful—treating clients and relationships with care.

The initial ownership of Butler Burgher Group, version 2.0, consisted of seven shareholders with me being majority and CEO. We focused heavily on strategic growth through investments in people, technology and operations, strong sales and marketing, and best-in-class service. Less than five years later, we had approximately 200 employees in 25 offices nationwide.

In 2014, Butler Burgher Group (now BBG) was acquired by a private equity firm. I remain on the board of directors and a shareholder. Today, BBG is a leading national commercial real estate valuation and assessment company with 500 employees in 35 offices. It has deep expertise in multifamily, office, retail, and industrial sectors.”