I’ve been infatuated with Switzerland ever since I watched the movie Heidi as a young girl. I first had a chance to visit a few years ago and recently made a return trip—not to the eastern Alpine region where Heidi was set, but to the cosmopolitan city of Zürich. A banking and finance powerhouse, immeasurable funds flow through the city to investments across the globe. So, as one would expect, it’s home to some of the most exclusive hotels and shops in the world.

For accommodations, the five-star Savoy Baur en Ville can’t be beat. It offers immediate access to the business district, Zürich’s Old Town, and Bahnhofstrasse. One of the most expensive retail streets in all of Europe, Bahnhofstrasse connects the city’s train station with Lake Zürich. Take time to explore both sides of the street, even if it’s just to window shop at Chanel and Hermès and other high-end boutiques or the many fine jewelry and watch stores. Don’t miss the clock-and-watch museum at Beyer Watches & Jewellery, the oldest watch shop in Switzerland. Also, be sure to get your chocolate fix with mouthwatering truffles or pralines from Confiserie Sprüngli or Läderach.

For an equally appealing shopping alternative, visit the boutiques and cafés tucked into the cobblestone-paved alleys of the nearby Niederdorf along the banks of the Limmat River. Also take time to experience the art and architecture of the historic churches of Zürich, especially the dual-steepled Grossmünster and Fraumünster, which features a crypt museum and beautiful stained-glass windows by the artist Chagall. 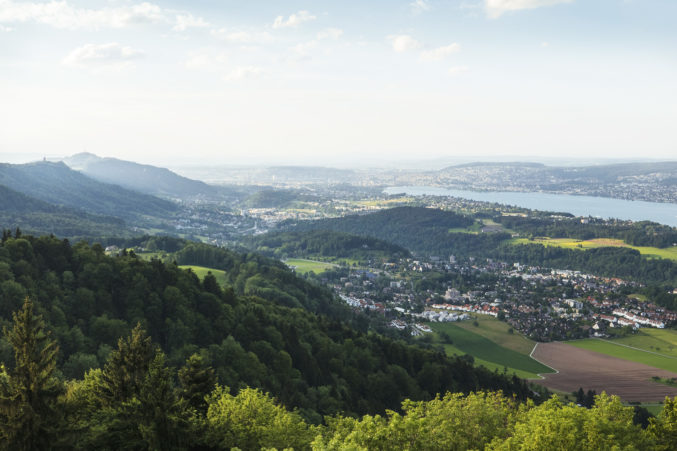 Zürich’s reputation for exceptional service is reinforced throughout the city but is especially felt at the Savoy, which also houses the magnificent Italian restaurant Orsini. (I’m still dreaming of its truffled pasta.) A few steps away, enjoy traditional Swiss cuisine like wiener schnitzel or sliced veal at Zunfthaus zur Waag. For more casual fare, it’s worth standing in line at Sternen Grill for its bratwurst and Bürli (hard roll) with spicy mustard. Sit on the balcony for some of the best people-watching around, or get your brat to go and cross the street to sit along the river.

Most people speak English in Zürich, and it’s very easy to get around. Beyond its pure walkability, the city is connected by a web of trams, cable cars, buses, and trains. I spent a couple of nights at the lovely, convenient, and affordable Hotel Schweizerhof, which sits on Bahnhofstrasse directly across from Zürich Hauptbahnhof (Zürich HB), the largest railway station in Switzerland. The train station—the site of Zürich’s Christkindlimarkt (Christmas market) in late November and December—is an absolute marvel. And it makes the city a terrific home base for quick visits to other European destinations.

I took a high-speed train to Paris to see a Toulouse Lautrec exhibit and was back in time for a late dinner. Milan is a three-hour trip away; Munich, about five hours. Of course, there are plenty of beautiful places to explore within Switzerland, too, like Bern and Geneva or Lucerne or Interlaken—especially if you want to hike or ski. All are to the south and west of Zürich. Or you could head about east to the region known as Heidiland, and perhaps relive some childhood memories of your own. 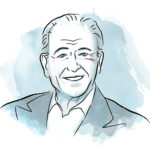 Dallas designer Andre Staffelbach was born in Chur, Switzerland, and studied and worked in Zürich before moving to the U.S. in 1962. He and his wife, Jo Heinz, maintain dual citizenships. “I love the civility in Zürich, the safety, the diversity of the people, and that it is a walking city,” Staffelbach says. “Also, the quality of dining, the history, and the access to art—Zürich was home to the Dada movement.” He recommends Kunsthuas Zürich and other museums, as well as the legendary Kronenhalle brasserie. “It’s an absolutely amazing restaurant and has the most incredible art collection,” Staffelbach says. “The bar next to the restaurant also has blue-chip art all over the walls.”

Space Matters For the Growing Number of Dallas Law Firms