Tasha Schwikert was supposed to follow in the footsteps of her professional tennis-playing mother, Joy, and aunt, Jill. The twins were women’s doubles players on the Virginia Slims Circuit in the 1970s. But at the age of 3, Schwikert took her first gymnastics class—and she was hooked.

She quickly excelled in the sport. When she was 15, Schwikert was called on to replace an injured teammate five days before the start of the 2000 Olympics.

“I felt the weight of the world on my shoulders,” she says. “I’ll never forget the feeling of walking into the arena with the Olympic music playing—that classic tune that I’d heard four years before on TV.”

A decade later, the 2000 U.S. Women’s gymnastics team would rightfully receive its Olympic bronze medal, after China was disqualified for competing with an underage athlete. It was a cap on an elite gymnastics career for Schwikert that also included leading the U.S. to its first team gold medal at the world championships and twice winning the U.S. All-Around national championship (in 2001 and 2002).

In a 2004 profile on Schwikert, The New York Times dubbed the teenage prodigy the Dennis Rodman of gymnastics, not because she had tattoos or colorful hair (she didn’t), but because she was always outspoken in training. As the years went on, Schwikert continued to speak out;  she was a Jane Doe in the Larry Nassar abuse case before deciding to go public in 2018.

“I finally had enough,” she says. “I decided to share my story to help the sport heal. A terrible thing happened to me, and it happened to a lot of other girls. I still love the sport; it will always be a part of me and who I am. But to watch my entire sport blow up and crumble like it did—it was devastating.”

After the Olympics, Schwikert attended the University of California, Los Angeles on scholarship and competed in gymnastics for the Bruins. She continued to earn accolades and awards, including twice being crowned the best collegiate gymnast in the country. After college, she took a job with a sports management agency in LA, representing other women athletes.

“It was very near and dear to my heart,” she says. “But I noticed female athletes got the short end of the stick when it came to sponsorship deals and the amount of money they were offered. It irked me.” 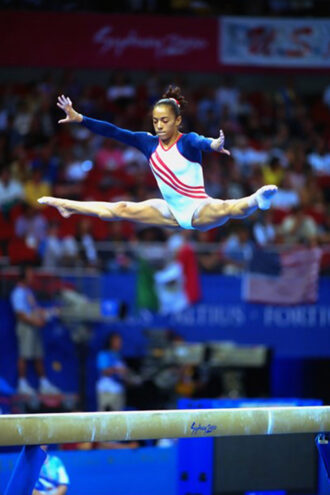 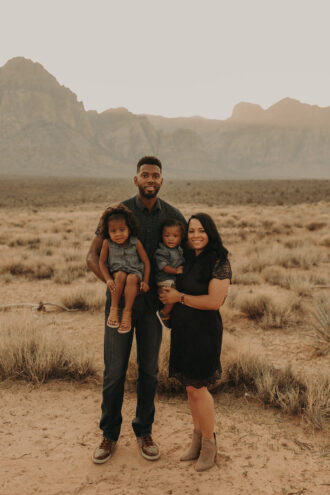 Courtest of Tasha Schwikert
Tasha Schwikert competing as an Olympic gymnast, left, and with her husband, Mike Moser, and their children.

Schwikert decided law school was the answer. She graduated from the University of Nevada, Las Vegas in 2015. After getting a few years of litigation experience under her belt, she moved to Dallas in 2019 with her husband, professional basketball player Mike Moser, who took a job as a coach for the Dallas Mavericks.

Schwikert’s focus these days is on putting together M&A transactions and helping to establish a new sports law practice for Munck Wilson Mandala. And when she’s not negotiating contracts, she can be found chasing around her two athletic kids.

Schwikert says her journey to Olympic glory is something that continues to serve her well, as both a mother and an attorney.

“I have this get-it-done mentality,” she says. “When it’s ‘go’ time, that’s when I perform my best. I can turn it on. When you’re exhausted and think you can’t do it—it’s times like that when I know that I will pull through. Gymnastics instills that in you.”

What Should We Rename Woodrow Wilson High School?