Kaizen Development Partners, Woods Capital, and Dundon Capital Partners are reshaping the Dallas skyline with their new $1 billion+ project on McKinney Avenue at Field Street. Five towers will be built in the first phase: 1.2 million square feet of office space, two residential buildings with 300 units each, plus a hotel and street-level retail. Construction is expected to start in the fall of 2020. The partners selected HKS as the lead designer because the firm paid a lot of attention to the ground plane, says Jonas Woods, CEO of Woods Capital. “It’s fundamental to the success of everything above,” he says. “It’s an incredible placemaking opportunity.” The project can handle office requirements of more than 1 million square feet, says Derrick Evers, CEO of Kaizen (above right, with Woods): “We’re holding a big catcher’s mitt.”

The Stack and The Epic (right to left)

An entertainment district that once was a hotbed for jazz and blues, the Deep Ellum neighborhood east of downtown Dallas is undergoing a dramatic transformation, courtesy of Westdale Real Estate Investment and Management. The company is adding work to the live-play mix with a massive new mixed-use complex called The Epic. It features two hotels, a 310-unit luxury apartment tower, retail space, and two office towers, one of which will be fully occupied by Uber. Westdale also is partnering with global developer Hines to build a mixed-used project called The Stack. One thing’s for certain: Deep Ellum will never be the same.

WeWork recently fell from its perch among coworking giants with the resignation of its CEO, the recalling of its IPO, and the layoff of 20 percent of its workforce. Was this disaster a one-off, or is the coworking industry in trouble? It seems to still be a hot commodity in Dallas; according to Cribb Altman at Cushman & Wakefield, about 3 million square feet of local office space is leased to coworking firms. But how much is too much? “They just need to scale responsibly,” Altman says. “Everything from startups to enterprise companies want flexibility with their work environments.” 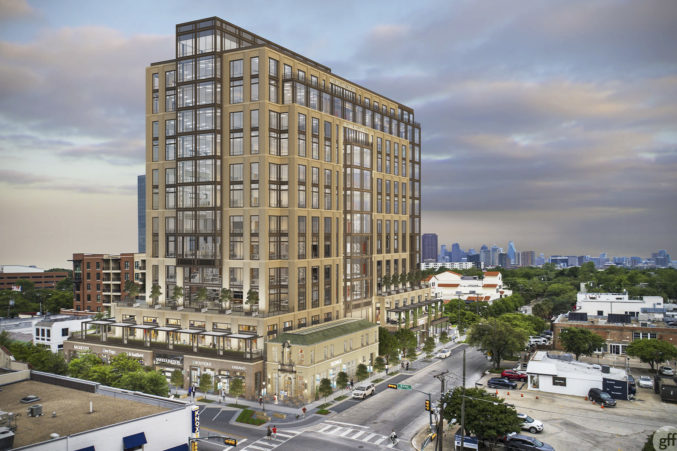 The urban infill movement also is being felt in the Knox Street district, between East Dallas and the Park Cities. Weir’s Plaza, a new 12-story tower from Four Rivers Capital, set a record this past year for preleasing, with 65 percent of its 250,000 square feet of office space snapped up by anchor tenant Kirkland & Ellis and coworking giant WeWork. Several multifamily projects are in the works, and The Retail Connection teamed up with billionaire Michael Dell to acquire dozens of buildings and land along the eastern edge of Highland Park, including several blocks along Knox and Travis streets and McKinney and Cole avenues.

Todd Interests took control of the 1.5 million-square-foot, First National Bank Tower in 2019. It occupies the largest vacant block in the core of downtown Dallas. Todd Interests needs to hit a redevelopment completion target of year-end 2020 to qualify for millions in entitlements. “Its magnitude is unparalleled,” says Kourtny Garrett, president of Downtown Dallas Inc. “It’s the largest tax credit deal in the state’s history.”