Spicy, salty, and savory were not always restaurateur Nikky Phinyawatana’s flavors of choice; she once hoped that sweets would be her calling. After finishing her undergrad at Babson College, she journeyed back to Dallas to help her father with his food delivery business and chase her dream of opening her own dessert bar.

“Fifteen or 16 years ago, it just didn’t make sense economically,” Phinyawatana says. “I looked around and said, ‘We’re really missing just a Thai restaurant, Bangkok-style, the kind that I grew up with in Thailand.”

The majority of her menu comprises the Thai food she grew up with as a “half-Thai, half-Texan” young woman in Thailand, with Chinese, Japanese, and Vietnamese dishes mixed in. Phinyawatana’s talent and passion came through, and both diners and investors noticed. Offers to franchise or purchase her concept started popping up only a year in when she was 28. 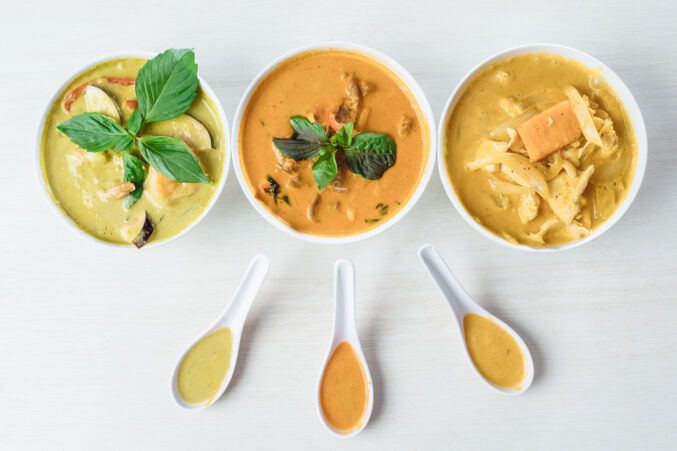 She wasn’t, and still isn’t, ready to relinquish control, having grown Asian Mint to include four locations across Dallas and serving roughly a million customers per year. She focuses on fine-tuning her supply chain to include more locally sourced and organic options and perhaps expand into new markets, such as Austin.

“My kids are fairly grown-up—they’re 11 and almost 7—and I now have a bigger team. So, growing outside of Texas or outside of Dallas—why not?”

She is also excited about growing her spinoff, Nikky Feeding Souls, which educates consumers about Thai food through virtual cooking classes, informational videos, and Thailand trips. Phinyawatana has also recently begun bottling soy and Thai sauces through Nikky Feeding Souls. She includes these sauces and packages of her chili crisps in the meal kits used in many of her virtual Thai cooking classes and sells them on Amazon and at Asian Mint restaurant locales.

Nikky Feeding Souls also allows Phinyawatana to give back through donations to global and local groups like the Texas Restaurant Association and The Hockaday School, of which she is a proud alumna. She hopes to grow the brand’s online platform to one day reach Netflix, Disney, or Amazon.

“Being a multicultural, Asian-fusion person who has lived and traveled around the world, I feel like I can bridge that gap and bring a lot of love and inspiration if I could get on a bigger platform,” she says.