London, the largest city in Western Europe, is best experienced on foot. There’s something to discover on every street and alleyway in a city that brims with a rich history, art museums, a bustling theater scene, historic architecture, and world-renowned shopping.

For those looking to see a few of London’s well-known landmarks, Big Ben, Buckingham Palace, Westminster Abbey, and the Palace of Westminster (Parliament) are all within walking distance of one another. Start at Buckingham Palace and make your way south toward the River Thames. Along the way, you’ll be able to snag a view of some of the city’s most iconic structures. If you’re up for a history lesson, stop by the Churchill War Rooms; the underground museum is located just south of St. James’ Park and definitely worth a visit.

A short walk will have you staring up at The London Eye, an observation wheel consisting of 32 passenger vessels, each representing one of the London boroughs. A 30-minute ride will give you some of the best views of the city, just be sure to visit on a clear day, as the ever-present rain can cause limited visibility.

Made famous by popular culture, Notting Hill, just northwest of Hyde Park, is known for its picturesque streets, intimate restaurants, and carefully curated stores. The elegant neighborhood is also known for its brightly colored (or, in some cases, pastel) row houses. If you find yourself in Notting Hill on a Saturday, make a point to swing by the Portobello Road Market, which offers everything from vintage clothing and antiques to street food. 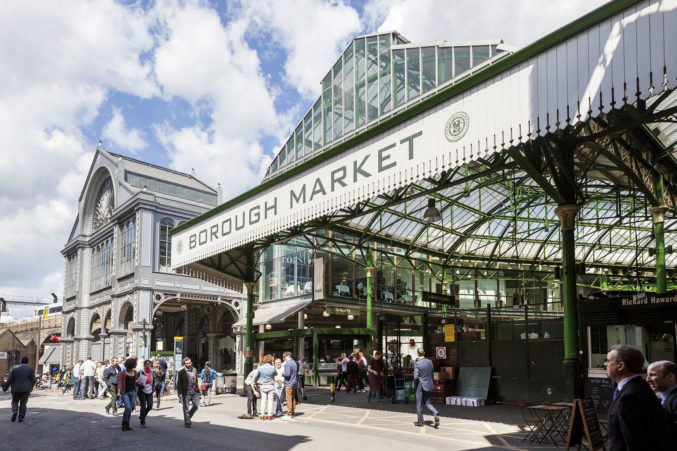 If you’re looking to shop while in London, head toward Bond Street. Located in the West End, it is home to some of the world’s finest retailers. Be sure to stop by Liberty London, a department store like no other. The multilevel retail destination is a one-stop-shop that offers fashion, housewares, gifts, food, and more. It’s located on Regent Street, around the corner from Carnaby Street, a car-free shopping district.

For unique accommodations, The Hoxton, Southwark is the newest of the ever-growing list of The Hoxton hotels. Nestled in London’s South Bank, the charming property offers a mix of midcentury accents with contemporary flair. Grab a cocktail in the lobby bar then head up to the 14th-floor restaurant, Seabird, where the terrace offers unparalleled views of the city.

No trip to London would be complete without afternoon tea. For a more traditional take on the quintessentially British pastime, head over to Fortnum & Mason. The iconic department store will have you sipping tea, snacking on finger sandwiches, or smearing clotted cream on one of the delicate scones like a local. If you’re looking for a more experiential afternoon tea, Sketch London offers a modern take on the tradition, and with its iconic, egg-shaped pod restrooms, it’s worth a visit.

There is no shortage of street markets, hidden pubs, or carefully curated boutiques to discover in this sprawling, historic city. When in doubt, take to the streets. 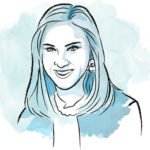 The Element of Surprise

“London is a city built for walking, which is what ultimately drives me to do the work that I do now,” says Kourtny Garrett, president and CEO of Downtown Dallas Inc. “It’s the feeling you can only get in a dense, walkable, highly active, and energized place where there is a surprise around every corner. In London, some of my favorite places to just walk down the street and see where the day goes—places filled with markets, restaurants, pocket parks, and shopping—are Camden Market, Covent Garden, Oxford Street, and SoHo. Of course, all of the landmarks—Big Ben, Tower of London, Buckingham Palace, Kensington Gardens, Regents Park, and Hyde Park—are breathtaking, but now, when I am in London, I land, drop off my bags, and start walking!

Saint John’s Wood is one of my favorite neighborhoods–sentimental because that’s where I lived in a flat with five other American women from all over the country when I was there on work-study in college (1998). Our favorite pub in the area was Duke of York, which is still there! It’s wonderful to see how the neighborhood has continued to develop, but remain quaint and oh-so-British.

The newer areas of London are quite spectacular as well. I saw Bon Jovi play at the O2 shortly after it opened, and the development that is filling in on the south bank of the Thames, like Southbank Place, is a beautiful contrast with London’s rich history.”