According to a 2017 Human Rights Campaign report, just 54 percent of LGBTQ employees are out at work. As part of D CEO’s feature on the Business of Pride, seven area business leaders shared their stories about coming out in the workplace. 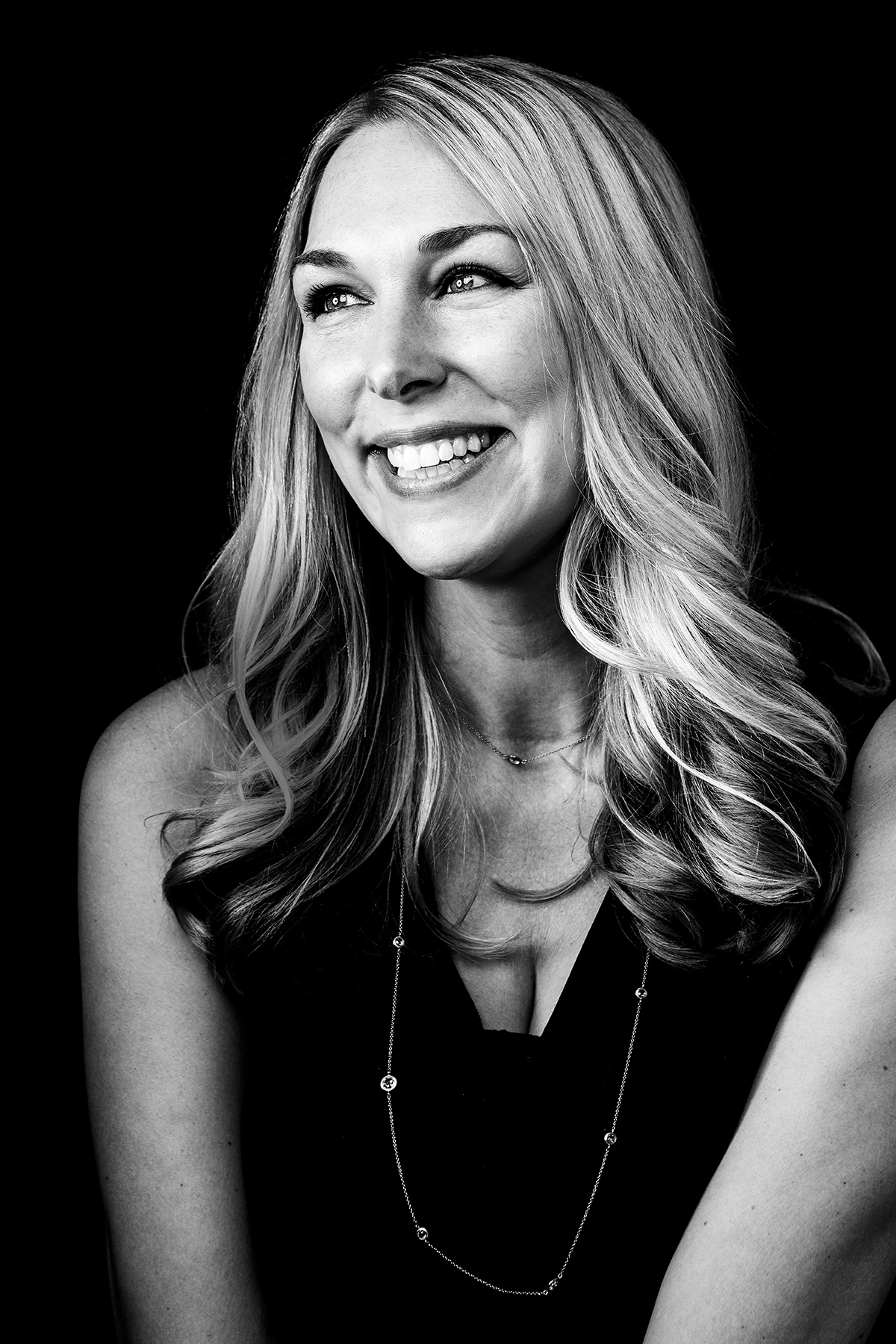 Ashley MacPherson has been working in the commercial real estate industry in Dallas for more than a decade. When her now-wife, Alayna, proposed in 2010, MacPherson says it created a dilemma: “Since I wasn’t out at work at the time, I would put my ring box in my purse. All throughout the day, I’d pull it out and look at it. I was so excited and it was one of the happiest times of my life, but it was also bittersweet because I had to hide something that was so personal.”

Then one day, MacPherson decided to be honest with her colleagues. “I said, ‘This is who I am,’ and I put the ring on my finger,” she says. “There are times when you just have to tell yourself, ‘OK, you’re going to be brave today,’ and that was one of those times.” MacPherson, who serves as the marketing director for Cushman & Wakefield in Texas, oversees marketing and business development for the Dallas-Fort Worth, Houston, Austin, and San Antonio offices. She’s also a member of her company’s Unity Group, an LGBTQ employee resource group. “It is night and day the way I feel when I come to work now,” she says.

Odessa Jenkins was an all-conference standout at Cal Poly, San Luis Obispo. A point guard for the Mustangs women’s basketball team, Jenkins says it was difficult as a female athlete to come out. “It was in the early 2000s when there weren’t a lot of out female athletes,” she says. “As a female athlete, you’re expected to mask your masculinity.” Jenkins says she came out a couple of years after graduating college. “Once I figured out who I was, there wasn’t any going back,” she says.

Jenkins has always been out in the workplace. As a vice president at YourCause, a corporate social responsibility software platform for employee giving, volunteering, nonprofit solutions, and grants management, Jenkins says it is her role to provide a safe space for other employees. “More than being a landing place for someone’s coming out story, I want to create allies and proactive champions for people being able to be their entire selves at work,” she says.

As a co-founder of the Women’s National Football Conference, Jenkins now leads the charge for women in sports from the boardroom. “It’s like going to battle, but my battle is no longer on the playing field,” she says. 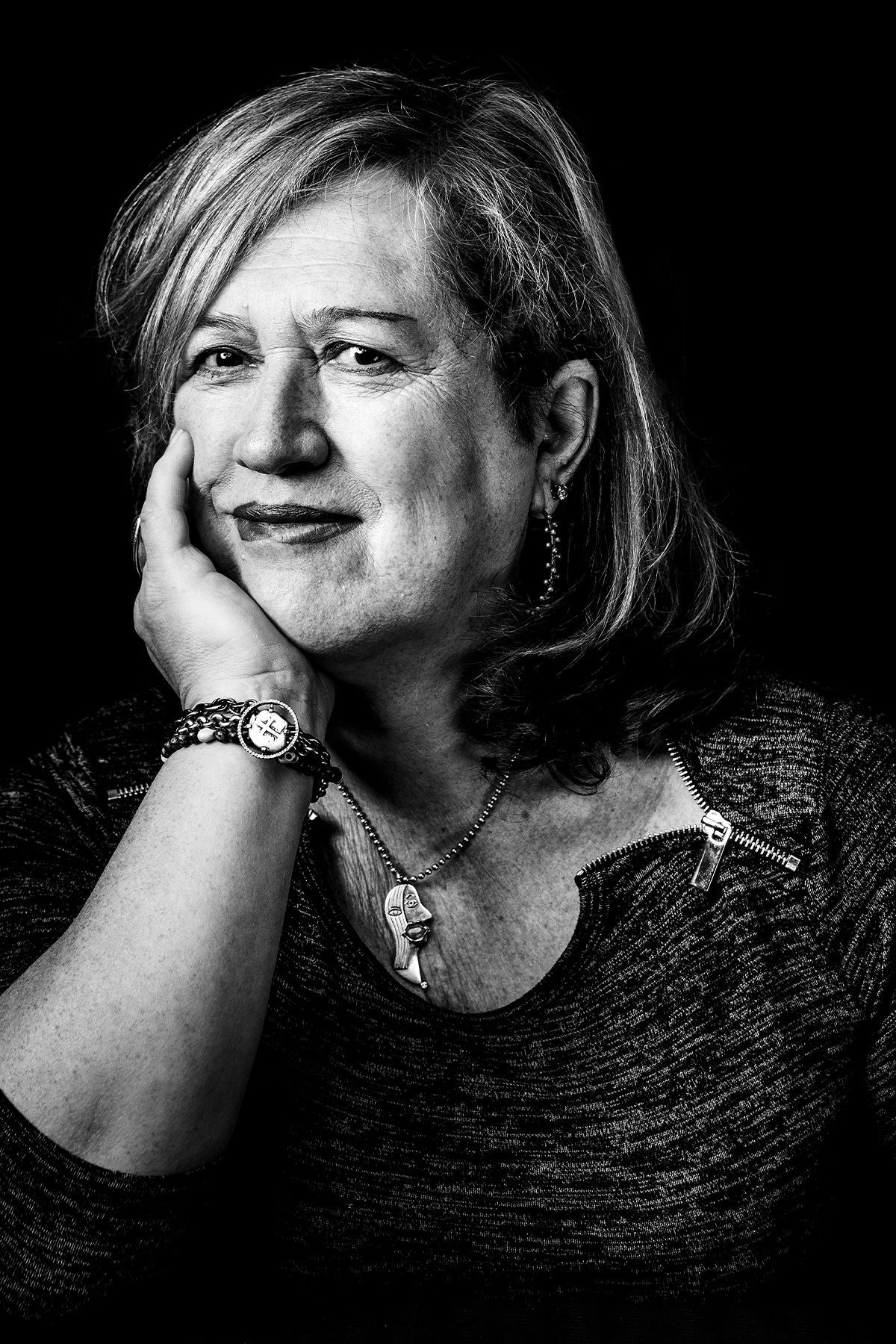 When Dallas restaurateur Eduardo Greene transitioned genders to become Monica in 1994, it was a risk for her business and family. But, Greene says, “it was a bigger risk not to make the transition.” “There was no reason for me to hide,” Greene says. “I had no fear of being who I was. The decision was made way before that.” As Eduardo, Greene was the successful owner of Ciudad restaurant in Oak Lawn and Eduardo’s Aca y Alla in Deep Ellum. But more than 20 years ago, he ceased to exist; he was reincarnated as Monica.

Greene says the Dallas restaurant industry—and her customers—have resoundingly embraced her throughout the years. When Monica sent out 200 invitations to an event announcing the name change of Eduardo’s Aca y Alla to Monica’s Aca y Alla after her transition, 800 people showed up at the launch party to show their support. “I’ve been blessed to participate at every level of this community,” Greene says. “My black book includes some of the city’s best-known politicians, civic leaders, and business people.”

The restaurateur sees herself as somewhat of a role model for the transgender community in Dallas. “Not a lot of business leaders knew a transgender person when I first transitioned,” she says. “I think by being myself, and providing a great restaurant experience, it doesn’t matter if I am male or female. What matters at the end of the day is providing a consistent product at reasonable prices for customers. It’s not a struggle any different from what other business leaders are facing.”

Greene is not one to get beaten down by naysayers or dwell  on setbacks. “The fact is some people may not like you,” she says. “You have to have more doors open than closed. I enjoy being who I am, and that’s what matters.”

Last year, Greene purchased The Cedars Social and transformed it into Monica’s Mex-Tex Cantina, a fresher and more Mexican-forward take on traditional Tex-Mex. She says she is excited by the renaissance she is seeing in the Cedars neighborhood of Dallas, where her restaurant is located. “As a business owner, we have a responsibility to the communities where we do business,” Greene says. “Our businesses can help transform neighborhoods and we have to be mindful of that.” 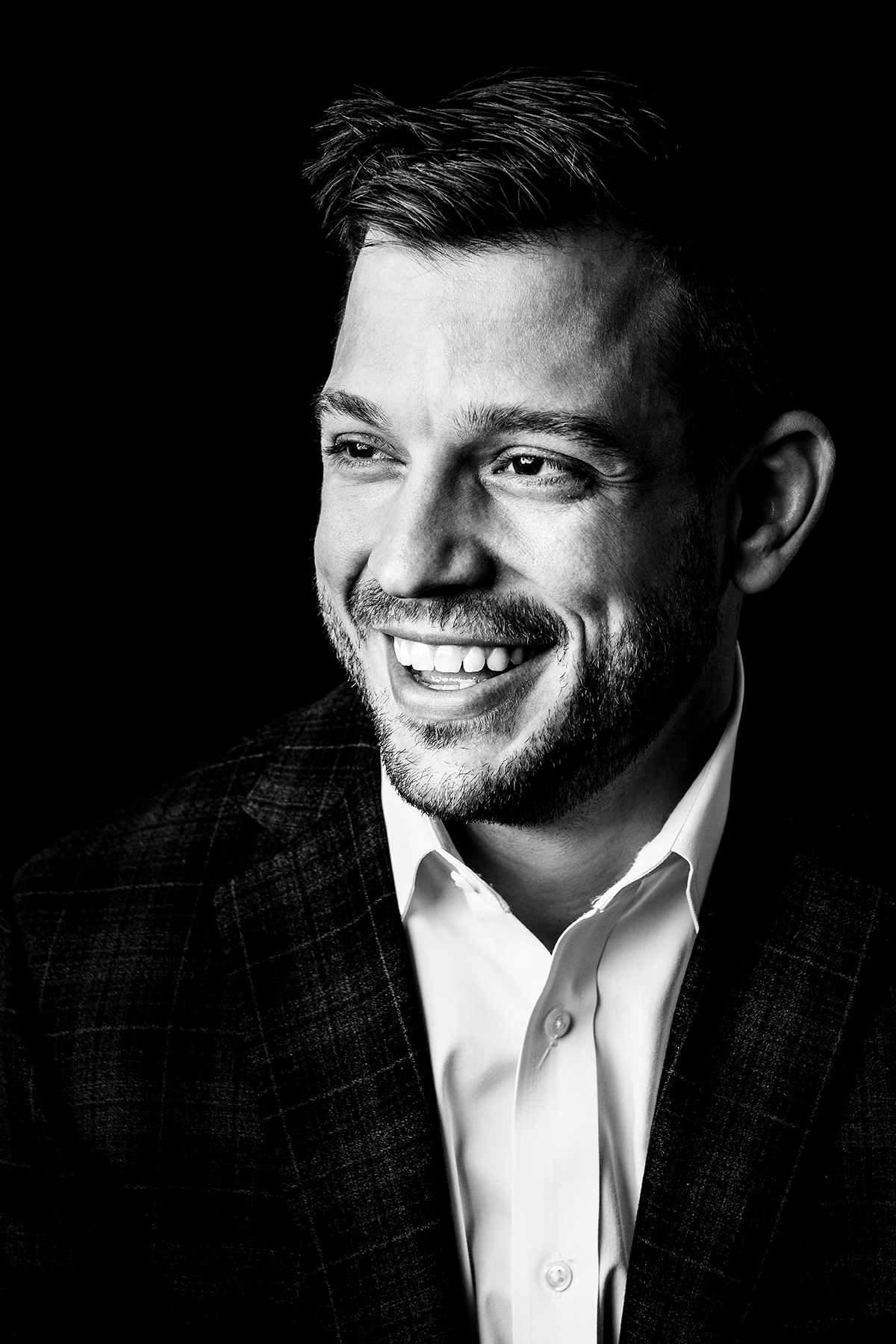 After tying the knot in 2014, PwC Director Ryan Layman and his husband Alex Reyher dreamed of fatherhood. When the couple’s first attempt with surrogacy in 2017 resulted in miscarriage, Layman and Reyher were left with their savings depleted and back at square one. Although some companies help cover the costs of infertility treatments, research shows that surrogacy benefits are rare.

Layman reached out to PwC’s chief diversity officer at the time to explain the situation. Meantime, Layman and Reyher’s family and friends stepped up with support, and the couple scraped together enough savings to give surrogacy another go. Their son Rory was born in August of 2018. “Fatherhood is such a gift for us,” Layman says. “It’s a continual journey of learning. There are sleepless nights while he’s teething, but being able to look down and see this tiny human that we created is a true blessing.” Layman shared his experience with peers at PwC and at the company’s LGBTQ employee summit. Thanks in part to his efforts, PwC began offering $25,000 surrogacy coverage to its 2,000 employees in Dallas—and more than 55,000 employees nationally. 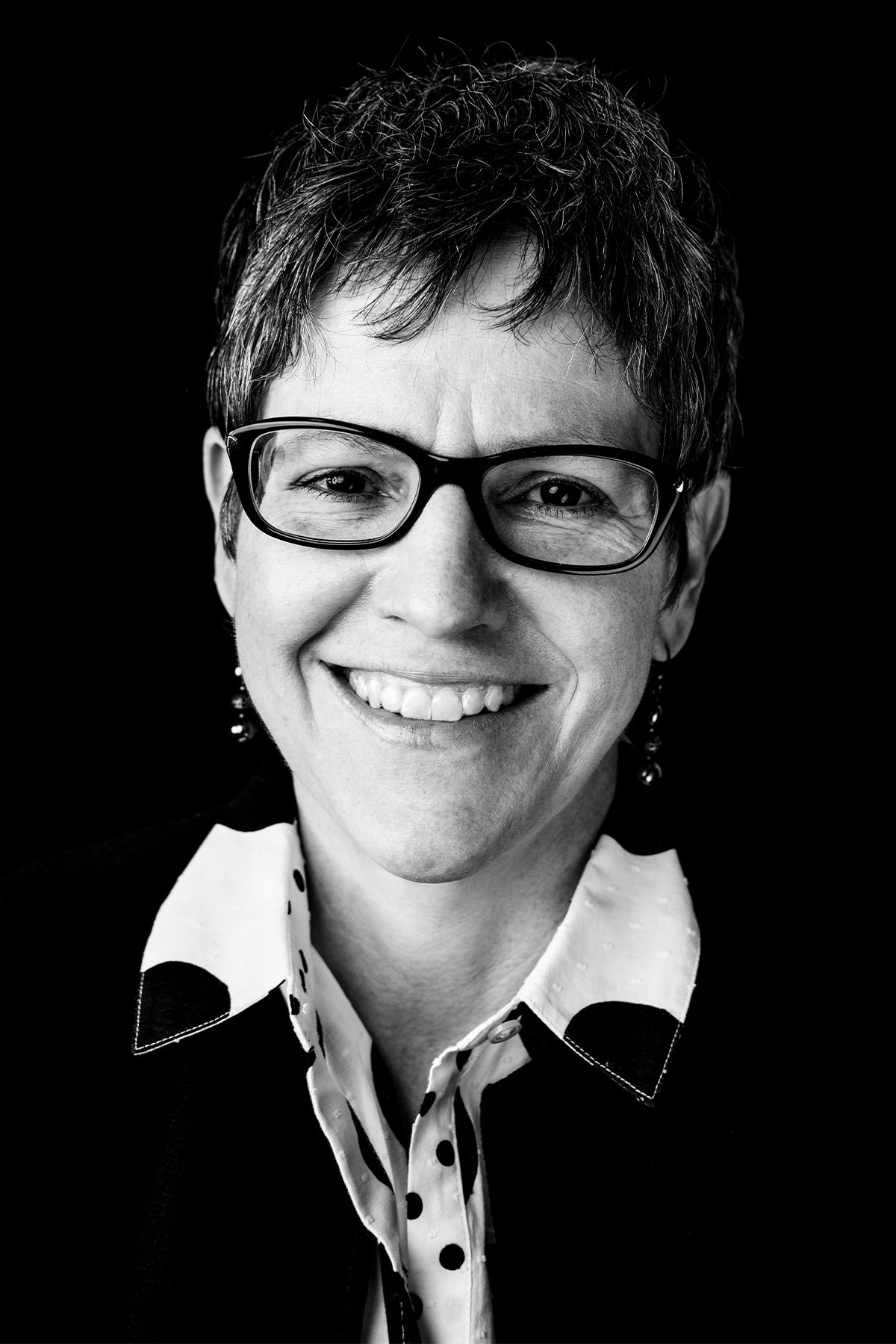 Ellen Farrell chose not to pursue a career in the military, because she wanted to be able to live an authentic life. “I’ve been out at work my entire life,” she says. “I came out while in college. At the time, I was in the naval ROTC program, well before ‘Don’t Ask, Don’t Tell.’ I realized I couldn’t stay in that program because I wanted to be who I am … and I knew moving forward that it was important for me to work at places where I could be my authentic self.”

Today, she’s the interim general counsel and secretary of Toyota Financial Services-US, a division of Toyota Motor North America. Farrell says when Toyota announced its planned move from California to Texas in 2014, she was heartened to see the company pay for her and her partner to visit Plano. “Toyota offered every team member who was considering a relocation a Genchi genbutsu trip—a ‘go and see for yourself,’” Farrell says. “LGBTQ employees were invited to bring their families to check out the area and make sure the visions that one might have in the back of their head were not true. It’s one of the reasons why two out of three employees decided to move—and 80 percent of our legal team.” 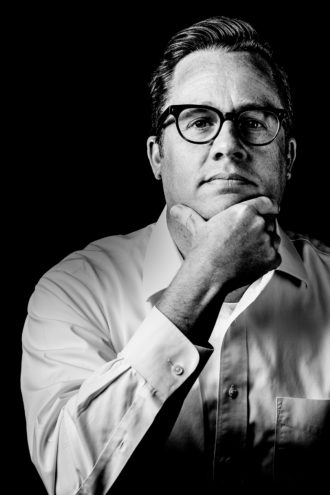 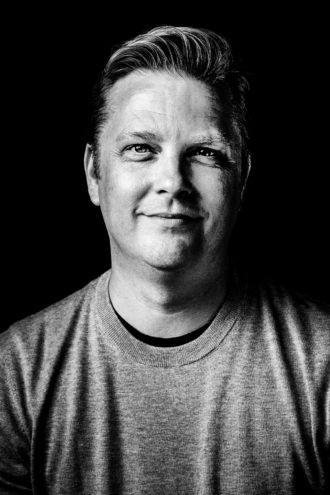 In a 2012 JCPenney Father’s Day ad, they were the “gay dads” from Dallas in a groundbreaking retail promotion. Today, life has gotten back to normal for Todd and Cooper Koch and their two kids. Cooper runs his own Dallas-based public relations firm, and Todd works as an executive with Greyhound. They’ve been legally married for five years. The kids, Claire and Mason, are now both 10 years old.

But even long before that, the pair—together for more than two decades after meeting through a mutual friend—knew they wanted to build a family. “We’ve always known that we wanted to be dads,” says Todd, a vice president of strategy, marketing, and customer engagement at Greyhound.

Todd says he has always been out at work, though in some of his past positions in finance he would only talk about Cooper and the kids if asked directly.

Cooper, who has been out of the closet since his sophomore year of college, says that although he owns his company, several of his clients are in more traditionally conservative industries, such as commercial real estate, construction, and building materials. That hasn’t stopped him, he says, from speaking openly about his sexuality and family. “I’m an open book with everyone,” he says. “I’ll be in a business meeting and casually mention Todd and the kids…. The closet is for one thing only—clothes.”

Owning his own firm has been liberating. “I have the freedom to say, ‘Take it or leave it,’ Cooper says. “I literally can think of only one client that I suspect I actually lost because someone from their senior leadership found out that I was gay.”

For Todd, the climb up the corporate ladder has been no easy feat. He was not one to “wave the rainbow flag” early on in his career, for fear that it would hinder his professional advancement. “It was so much wasted energy to always be on guard and having to use gender non-specific pronouns,” he confesses.

Now, Todd says, Cooper and the kids are mainstays at Greyhound functions and even deliver gifts to the office during the holidays. “As I become more senior in the company, I become less concerned about blending and more focused on being a leader who works hard to foster diversity within my department for everyone,” he says. 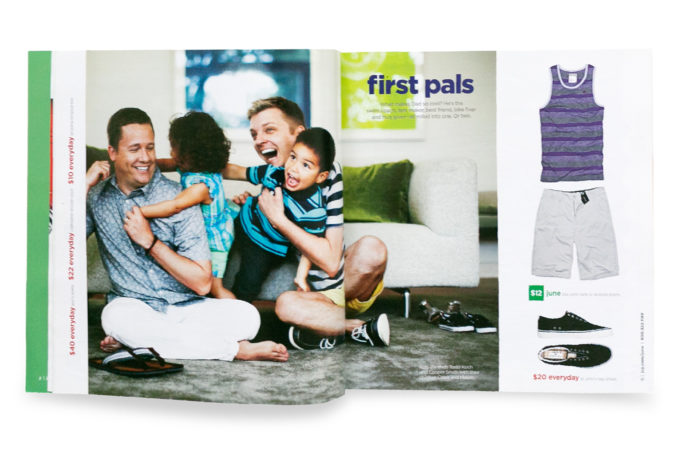 Cooper Smith and Todd Koch made national headlines in 2012 when a JCPenney Father’s Day ad (pictured above) featured the couple with their two children, Mason and Claire. The copy read: “First Pals: What makes Dad so cool? He’s the swim coach, tent maker, best friend, bike fixer, and hug giver — all rolled into one. Or two.” After the group One Million Moms condemned the ad, Cooper says there was some backlash, but mostly an outpouring of love and support. “The feedback was probably 90 percent positive,” he says. “Being in public relations, I had a PR manager who helped with handling interview requests about the ad for publications across the globe.” Todd, a vice president at Greyhound, says the day after his ad came out, his boss’ boss came into his office and closed the door. “I’m sitting there thinking, ‘He’s going to fire  me on the spot right now,’” he says. “But he sat down in my chair, and said, ‘I just want you know that whatever you and Cooper need, I’m here.’ That was so important for me to hear.”

Cooper Fitness Center & Spa at Craig Ranch is NOT Closed