Enjoy unlimited access to all of our incredible journalism, in print and digital.
Subscribe Now
Advertisement
Festivals

JLL’s Jorg Mast Has a Passion for Oktoberfest

The real estate exec grew up in lederhosen and knows his way around a wiener schnitzel.
By Christine Perez | October 9, 2019|11:56 am

As a young tyke, his mother would dress him in lederhosen, the traditional “leather breeches” that are especially popular in nearby Bavaria. But it wasn’t out of some sense of national pride. “You can’t destroy those things,” Mast says with a laugh. “When I was 2 or 3 years old, I ran around in lederhosen the entire time.”

Mast remains loyal to his German heritage and is passionate about sharing it with others. He has taken several large groups (20+ people) to his home country, capped by two days in Munich for Oktoberfest. “We do it right,” Mast says. 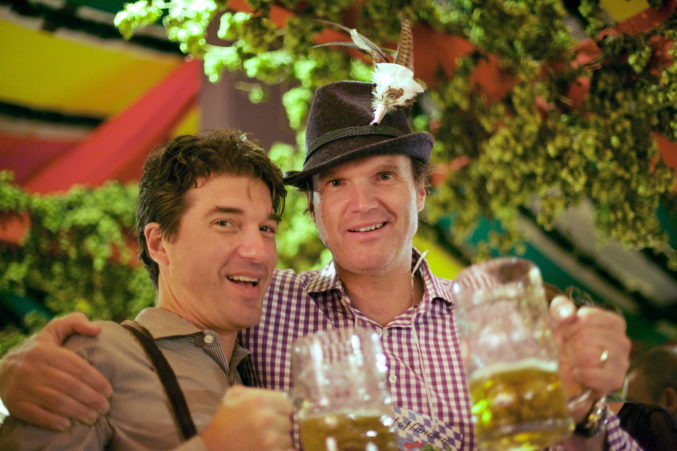 Oktoberfest got its start in 1810, to celebrate the marriage of Prince Ludwig and Princess Therese. It was such a hit, it was brought back as an annual tradition. Today, Oktoberfest is a 16- to 18-day event that starts in September and attracts about 7 million people.

Mast’s family owns resorts in Germany. After high school and a stint in the military, he secured an apprenticeship as a chef, intending to one day join the family business. But after working in Paris and along the French Riviera, he decided to shift his focus and get a business degree. “I didn’t want to go to college in Germany,” Mast says. “I wanted to go to an English-speaking country, but not England. So, I came to the U.S. and ended up in Fort Worth, Texas, at TCU.” The school was recruiting international students at the time, with a quick-start MBA program. It was perfect for Mast, who majored in finance. 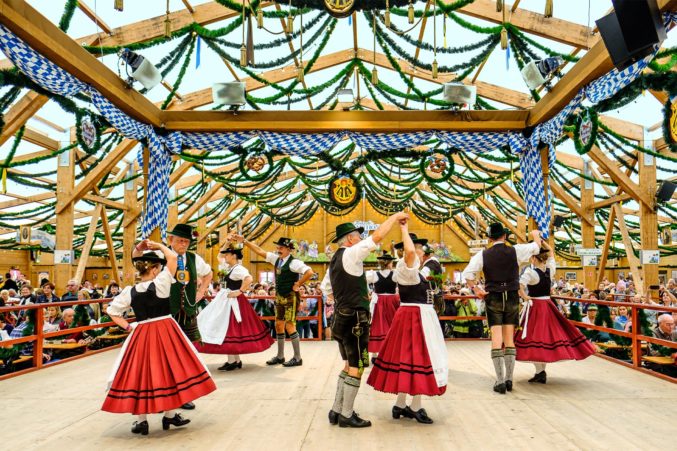 At TCU he began dating Heidi, a native Texan from Beaumont. He moved back to Germany to work for his family after graduating, and Heidi joined him a year later. But the lure of Texas was strong, and the couple, now married, returned to the Lone Star State in 1998.

Mast tried to make a go of it in the restaurant business, but it never felt right. So, he decided to leverage his hospitality expertise and get into commercial real estate. He talked with multiple developers and eventually was hired by Ken Hughes, who had just started construction on Mockingbird Station. After about a decade, he left to partner on projects with developer and investor Mike Ablon. In 2013, he moved to the brokerage side of the business and joined JLL. There, he specializes in multifamily investment sales, with the occasional land transaction for developers.

Mast still stays true to his chef roots at home and frequently cooks up feasts for guests. He says that German food is both misrepresented and under-represented in the United States. “I’m an unofficial ambassador of German cuisine,” he jokes. He is known for whipping up meals of all types at home, typically focusing on things he can’t easily get in restaurants. “A lot of it depends on seasonality,” he says. “I do more braised dishes in the fall. For German specialties, I make wiener schnitzel and my own potato salad or roulades and sometimes a pork leg. But I can do it all because I’ve learned it all.”

For German food locally, Mast loves Kube’s in Snider Plaza and is a big fan of its butcher shop. “I love the sausages,” he says. “They’re totally authentic.”

He enjoys the Oktoberfest in Addison well enough, but says there’s nothing like the original in Munich. Mast began going to Oktoberfest when he was in high school, as the legal drinking age in Germany is 16. Besides the biergartens, he liked the way people dressed up and maintained a sense of tradition—“especially the pretty girls in their dirndls.”

Munich, Mast says, is one of his favorite cities in Germany. “People have their own attitude and a lot of pride in Bavaria,” he says. “It’s a lot like Texas.”