When it comes to gender diversity in the C-suite, things don’t look so good. Last year, the number of women CEOs in Fortune‘s annual 500 list dropped 25 percent, from a pathetic 32 CEOs in 2017 to an even sorrier 24 in 2018. Certain industries are particularly challenging for women. In aviation, for example, just 3 percent of CEOs across the United States are female. The stats are not much better in construction, roofing, and technology, where ‘brogrammer’ and ‘boys club’ cultures can exist. But that didn’t stop Arcilia Acosta, Stephanie Chung, Catherine Awtrey, and Vanessa Ogle from pursuing their dreams. They emerged from diverse backgrounds with individual styles and strengths, but they all have something in common: They’re at the top of their game in industries traditionally led by men. 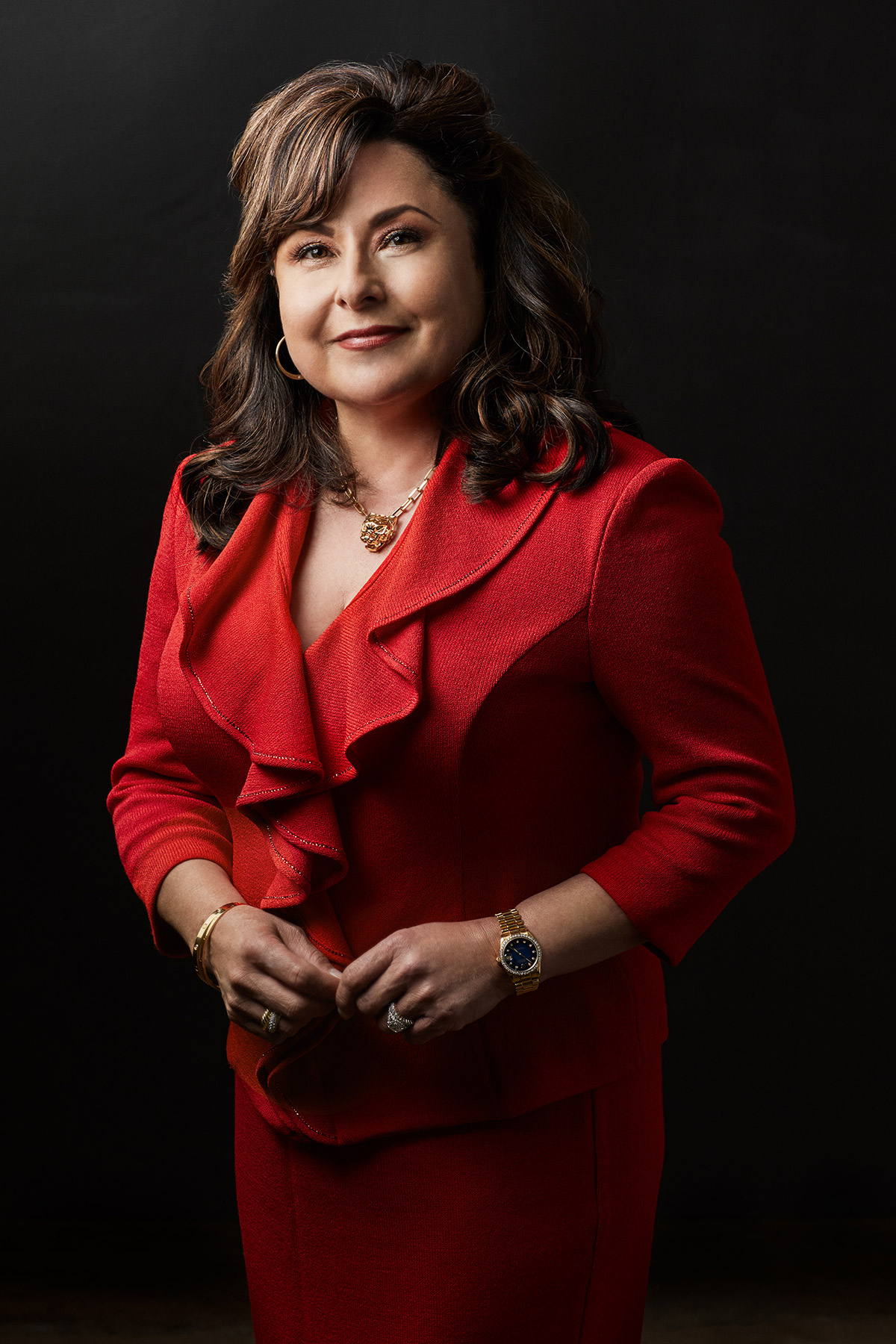 Arcilia Acosta grew up in West Texas, where her entrepreneurial tendencies were nurtured by parents, community leaders who emphasized education. Her father, who ran his own construction company, passed away in 1989, the same year Acosta graduated from Texas Tech University. She got into banking and often interacted with customers in the construction business. She developed an understanding of how they conducted business, and ultimately decided to launch her own firm.

Acosta resurrected her father’s construction company in 2000, with nothing more than a few of his old tools. She rebranded it and brought it to Dallas, where the company won its first contract—painting bathrooms at the Cotton Bowl. Acosta started out as a subcontractor and dreamed of taking the helm of projects that would change the face of North Texas. She set her sights on working with DART, but had trouble winning work. So, she met with the engineers to help understand why. She finally prevailed, winning a contract for $25,000.

“I think all communities, women, and minorities should have an opportunity to participate.”

“I thought it was the best thing that ever happened,” Acosta says. “I didn’t care about the money, I cared that I finally got it. I’d figured out how I could work with this large agency.” She went on to win a $4 million contract, and through that, Acosta began fostering important, long-lasting relationships. In 2004, her company became a partner with Archer Western on the DART Green Line.

CARCON Industries has since built a long list of clients, including Walmart, Dallas Independent School District, and Parkland Hospital. The company was also part of a joint venture partnership to renovate terminals across the Dallas-Fort Worth International Airport, and recently wrapped up a project with the TEXRail line, for which CARCON was the construction manager at-risk over 16 subcontractors. “I’m a huge proponent of bringing in small companies that have never done this before,” Acosta says. “I’m inclusive in that I think all communities, women, and minorities should have an opportunity to participate.”

Acosta has diversified beyond construction. She’s the founder and CEO of STL Engineers, a subsidiary that provides geotechnical engineering and construction materials testing. And in 2013, she opened an oil and gas division in Midland, in partnership with Chevron USA.

The CEO chalks much of her success up to the importance of building relationships. “It’s pretty significant for me as an owner to watch the progress of the city I love so much, and to be part of its growth and evolution through transit,” she says. 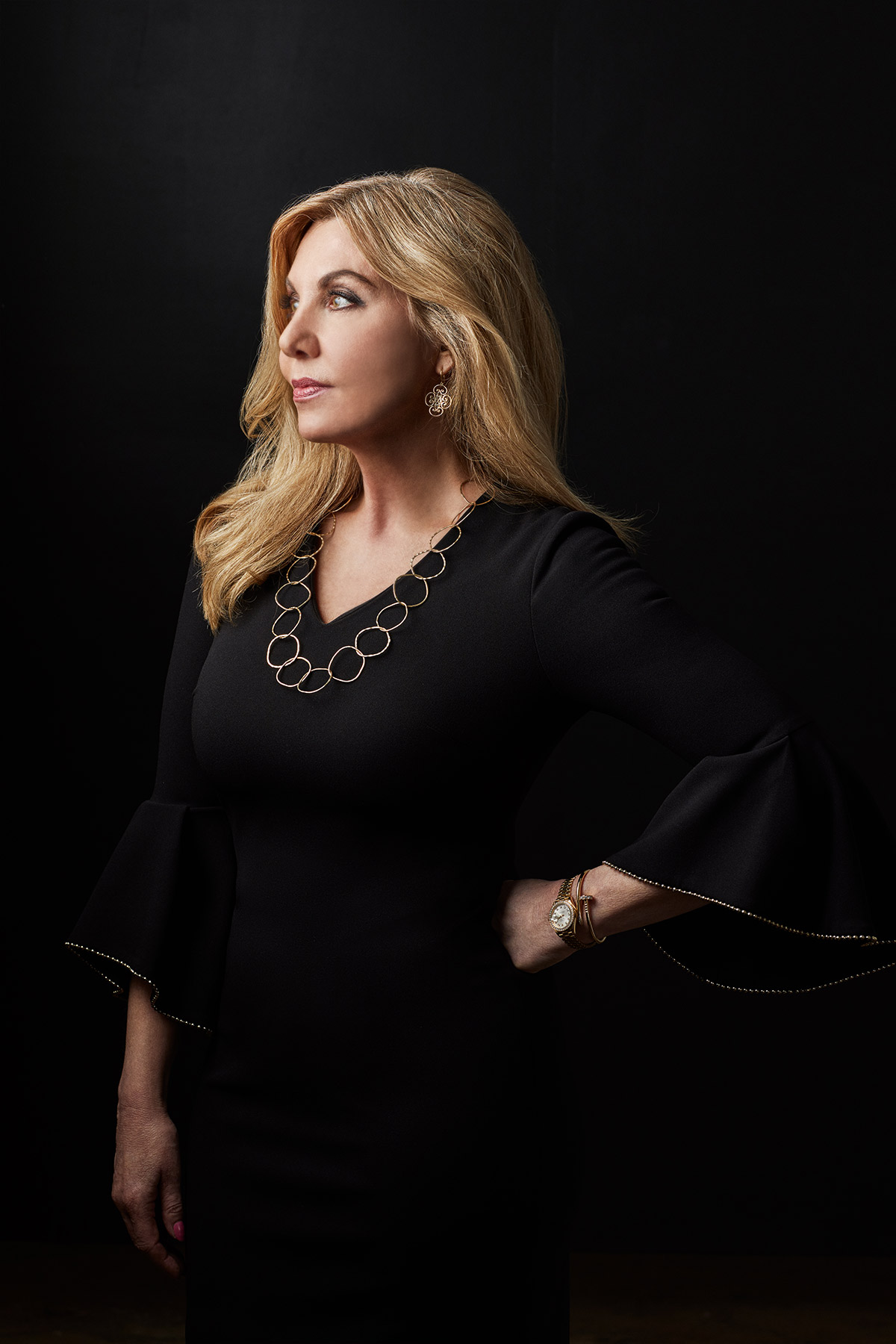 Texas Roof Management Inc. is a commercial roofing and sheet metal contractor. The company specializes in re-roofing, repair, and maintenance for corporate, commercial, and retail clients.

Catherine Awtrey began her career at Blair Television Inc., a firm that sells TV advertising time to national brands. After that, she worked in real estate, then started an image consulting service. Never in a million years, she says, did she think her next job would be running a roofing company.

In 2003, though, the unthinkable happened; her husband, Wayne, passed away at the age of 42. Awtrey was left with a teenage daughter, a 2-year-old son, and Texas Roof Management—her husband’s company, which, beyond sometimes pictching in to do office or marketing work, she knew very little about. For the sake of her late husband and the employees who loved him, she decided to put everything she had into learning the business. “I knew that this was what I was supposed to do,” Awtrey says. “I had the operations director stay after work and teach me roofing terms and about the different roof systems. We worked all day, and I’d have people teach me at night.”

“I knew I was not going to be limited by someone else’s opinion.”

Texas Roof Management is a commercial roofing company that builds, replaces, repairs, and performs preventative maintenance on roofs. As Awtrey spent time in each division and got a good handle on the business, the company grew. Today, it employs 90 people and has garnered plenty of recognition, including eight Golden Hammer awards from the North Texas Roofing Contractors Association. The company is also recognized for safety at a platinum level by the Midwest Roofing Contractors Association.

“A lot of people were naysayers, but I never listened,” Awtrey says. “I knew I was not going to be limited by someone else’s opinion. I listened to my heart.”

Some of the company’s notable projects include Southwestern Medical Center, AT&T’s headquarters, and the Dallas Museum of Art. Park Place at Turtle Creek, a high-rise office building that required helicopters to remove old roof material and bring in new, ranks among Awtrey’s favorite jobs.

Ten years ago, she started a sheet metal division of the company. Two years ago, Texas Roof Management was certified to pour lightweight insulating concrete roof systems, which limit disruptions during re-roof installation. More recently, the company was certified to install fall protection equipment in compliance with the new OSHA requirements.

Awtrey is excited for the future, and glad to have been able to keep her husband’s company going. “Every day is so different and unpredictable,” she says. “The dynamics are tremendous—and a lot of that has to do with the city we’re in. What an amazing opportunity to be in this town at this time.” 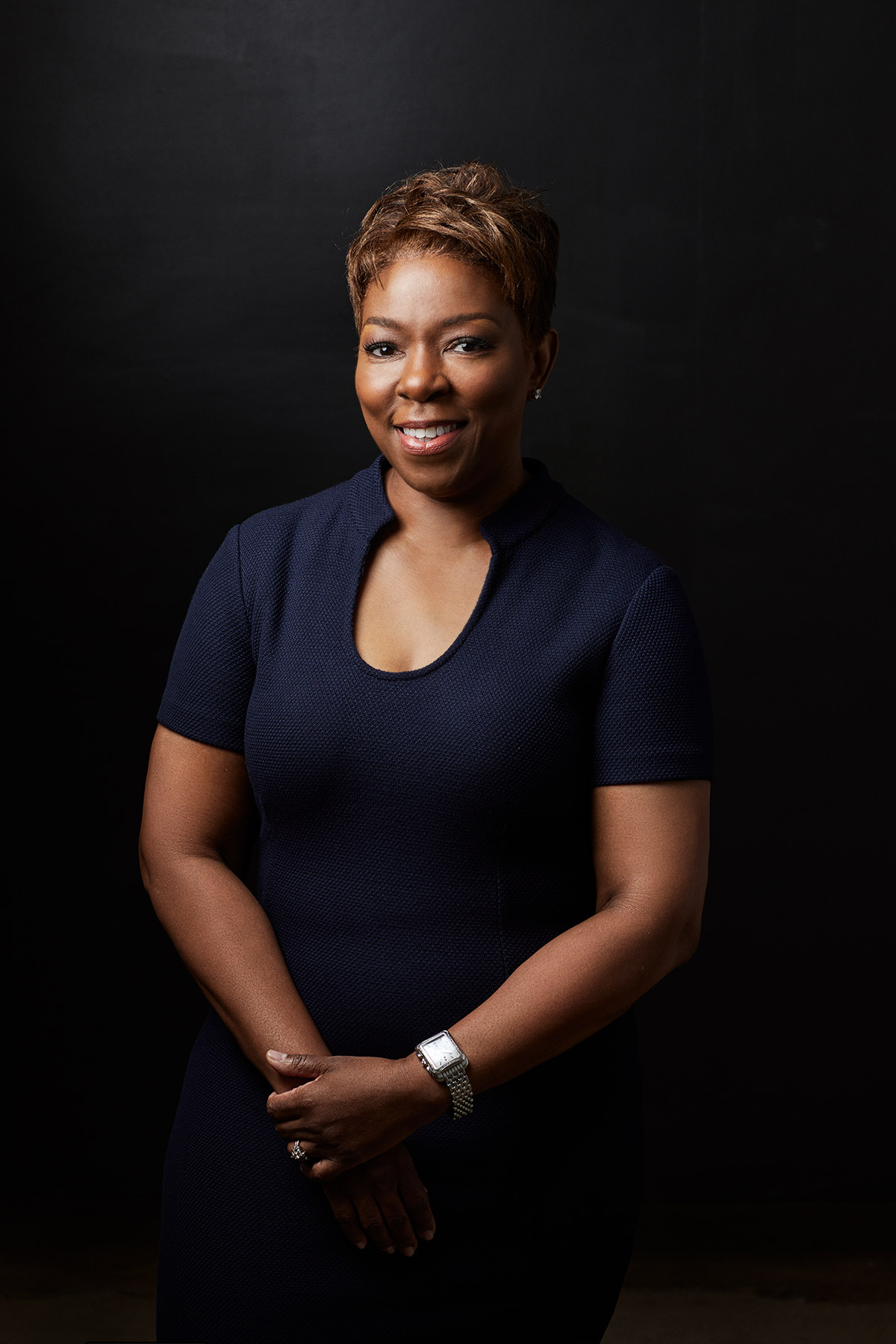 JetSuite is a private aviation company serving the United States, Canada, Mexico, and the Caribbean. The company relocated from Irvine, California, last summer. It operates a fleet of Embraer Phenom 100, Phenom 300, and Legacy 650 aircraft.

Stephanie Chung dreamed of working in aviation ever since she was a little girl. As the daughter of a master sergeant in the U.S. Air Force, her childhood was spent around planes. She could hear them taking off and landing, even in her sleep. Because her family moved around a lot, Chung was well-practiced at being the new kid on the block. Looking back, she says, the experiences helped her become a good communicator and taught her about human behavior.

“As a little kid, you don’t call it ‘human behavior,’ you call it trying to fit in,” Chung says. “I’m a professional new kid, and that has served me well. It’s rare that I can’t connect with somebody.”

In the 1980s, she took her first job in aviation, with Piedmont Airlines in Boston. She started at the bottom, parking planes and loading luggage. When USAir bought Piedmont, Chung moved into sales. In 2000, she was recruited by Bombardier Aerospace, where she served as a sales director in the company’s charter division and later as vice president of sales for the West Coast region in its fractional division. In 2014, Chung founded her own consulting practice, specializing in high-level sales training. That’s how she met Alex Wilcox, CEO of JetSuite.

“Diversity can be a huge benefit and a competitive advantage.”

The private aviation company, got its start on the West Coast. JetSuite recently moved its headquarters to Dallas from Irvine, California, and is expanding its services. Wilcox loved the work Chung did as a consultant, and in August 2018, invited her to join JetSuite as its president. She accepted the position—and became the first African-American woman to lead a major private aviation company in the United States.

Chung is excited about the challenge of taking JetSuite from a national provider to a global player. She’s also glad to be part of a company that celebrates diversity, especially in an industry that, she concedes, still has a ways to go. “Diversity can be a huge benefit and a competitive advantage,” she says. “I want people who can get into a team and, based on what the mission is, figure out the best way to get there. Then we get to grab the best of the ideas and have something that’s very different, because everybody who was sitting around the table was very different.”

Chung eschews multitasking and gives her full attention to people with whom she interacts. She and her daughter call it “the present of being present.” Staying focused is critical, she says: “The task at hand is always leading me toward the goal we’re trying to achieve. As a military kid, it was always about completing the mission. That has served me well.” 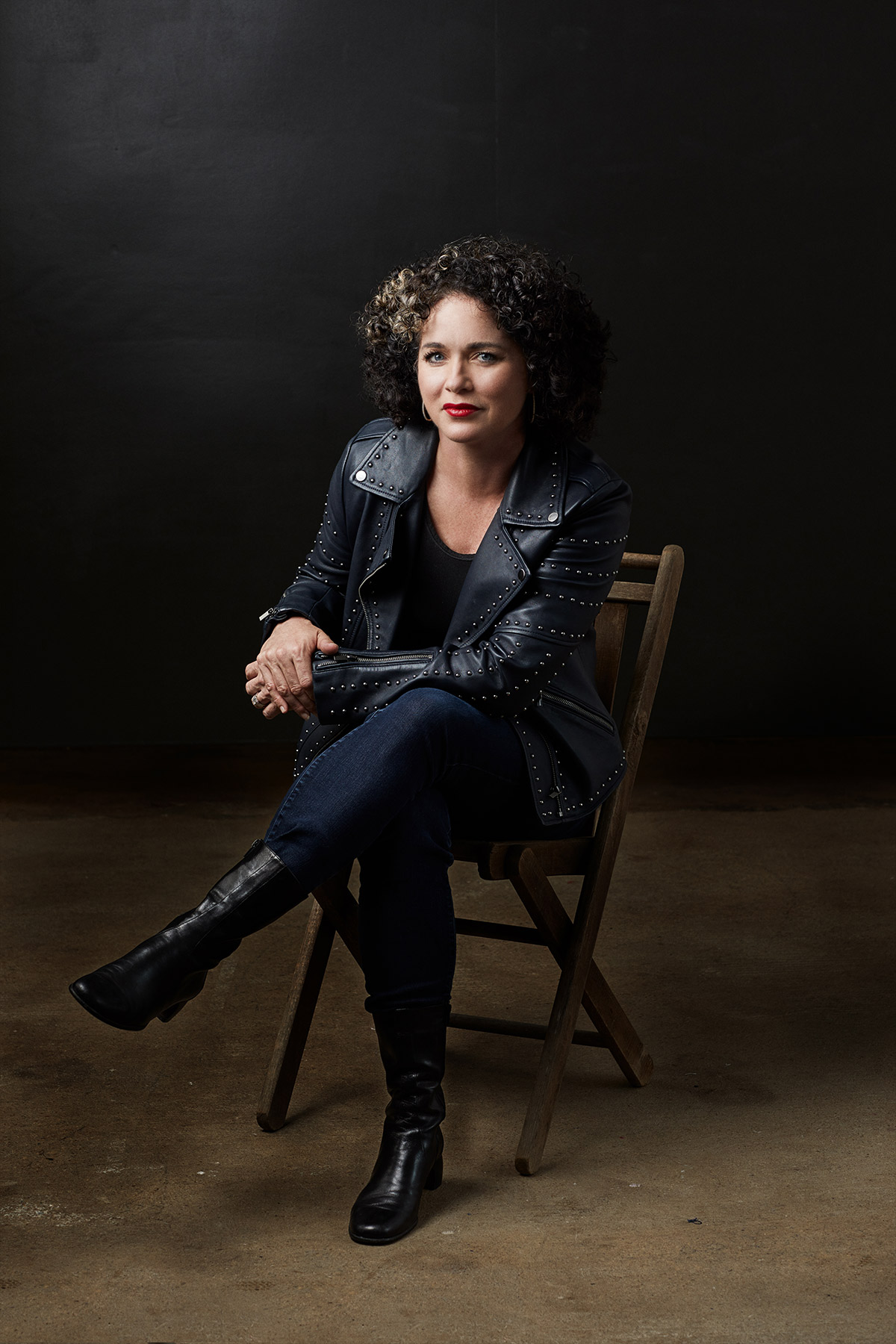 One of the fastest-growing providers of technology in hospitality, Enseo offers out-of-home media services, high-speed internet and integrated room control.

When Vanessa Ogle founded Enseo nearly 20 years ago, she focused on designing and selling hardware and software to third parties, which in turn brought the technology into hotels and other “people places.” Using Enseo’s technology, hotel guests were able to purchase movies in their rooms. Six years ago, though, Ogle changed the company’s model.

“I knew the next business to be successful would not be hotels selling movies to guests,” she says. “I believed that guests were going to carry in the content that was most important to them. And we needed to have a long-term business model.”

Enseo created a versatile services platform that could deliver in-room management and entertainment, and Ogle bypassed the third parties and began selling directly to hospitality clients. To bolster confidence in the company’s new direction, Enseo hosted a party at the industry’s largest trade show. Ogle brought in a Las Vegas band, and found herself standing on a brightly lit stage, belting out ,“Let’s Give Them Something to Talk About.”

“It was awful,” she says, laughing. “I had never done anything like that. But it happened again.”

“I knew the next business to be successful would not be hotels selling movies to guests.”

A year later, Enseo presented its product to Netflix, which led to a direct license with the streaming service. The agreement was expanded in 2016, giving Enseo rights to distribute Netflix in any hotel where the streaming service is available. Ogle practiced guitar until her fingers bruised and, when it was time to step on stage again, she brought down the house. Soon she had employees mentioning their hidden musical talents, and GEM, Enseo’s in-house company band, was born.

Being disruptive in a fast-paced industry comes with hurdles. Ogle has had plenty of naysayers, particularly from big company executives who didn’t like being told there was a better way to do things—especially, she says, by a young woman. But it’s Enseo’s culture to jump on board with new ideas, embrace change, and work together to challenge the status quo.
“We are truly a team, and whether I’m singing lead vocals in the front or stepping to the back to play the tambourine or cowbell, there’s always a time to play the appropriate role,” Ogle says. “That is who we are; that is innovation. It’s what makes us special and successful.”