Enjoy unlimited access to all of our incredible journalism, in print and digital.
Subscribe Now
Advertisement
Real Estate

CONTI Organization and Buckner International see promise in one of Dallas' most impoverished neighborhoods.
By  Bianca R. Montes | December 6, 2019|9:30 am 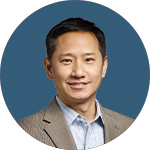 Stewart Hsu would love to say that he and his CONTI Organization co-founder Carlos Vaz have a crystal ball and could peer into the future of what Dallas’ Bachman Lake neighborhood might one day look like. The multifamily investors certainly didn’t have the foresight in 2012, when they purchased the 237-unit Santa Fe Apartments–before Sam’s Club, Starbucks, and a Walmart Superstore peppered the area with possibilities. Nor did they a few years later, when they made their next big purchase, Pecan Square and Bayou Bend—a package deal for a couple of properties down the street. “We always want to appear smarter than we are, right?” Hsu says. “I think, in this case, it was a little bit of serendipity.”

The following year, CONTI purchased a fourth property. “It felt like a Monopoly thing where you get the piece in the middle,” says Hsu, the company’s president. “That one was really the key,” as the seller owned seven additional properties that CONTI went on to acquire. Today, the firm claims a 40 percent market share of apartments in Bachman Lake, one of the most vulnerable neighborhoods in the city.

As it was buying up properties, local nonprofit Buckner International had broken ground on the Buckner Family Hope Center, a $14 million community-led project near Bayou Bend and another CONTI property, Ventana Ridge. “It was a sign that we should be talking with them more or doing something to help them with their mission,” Hsu says.

Bachman Lake itself is situated between Dallas Love Field Airport  and Northwest Highway. The impoverished community that lies directly north of it is desperate for revitalization. It has a sordid past of gang activity, high crime rates, and a sticky reputation from questionable establishments that once littered the small stretch of Dallas land. Its future is being made brighter by a $179 million revitalization plan being driven by the City of Dallas, but it still remains underutilized and underestimated within the urban renewal spreading out from Dallas’ core.

Albert Reyes, president and CEO of Buckner International, says about four years ago, when the nonprofit searched Dallas for its next community to serve, Bachman Lake stood out because of its demographics: about 90,000 people lived in the three-square-mile radius, Child Protective Services was removing children from homes in that community at twice the average of the county, the teenage pregnancy rate was three times the national average, and 93 percent of the predominately Hispanic school-aged children were economically challenged. “The more we discovered, it felt like this is a pocket that may be invisible to the rest of Dallas,” Reyes says. “We should step in and get right in the middle of it.”

With a mission of transforming the lives of vulnerable children and senior adults, the nonprofit broke ground on the soon-to-be-opened Buckner Family Hope Center at Bachman Lake in September 2018 on two acres at the corner of Lombardy Avenue and Geraldine Drive.

Hsu says CONTI was inspired to get involved. The company provides Buckner with space at their various properties to host classes for community members while the Hope Center is being built. It has also participated in a number of other projects with Buckner, like renovating classrooms at nearby David G. Burnet Elementary School and providing 500 lunches for locals in the wake of tornadoes that hit the neighborhood in October. “We are a private enterprise–profit is important, right? But money isn’t everything,” Hsu says. “A purpose that is grounded in terms of helping other people just feels like the right thing to do.”

Reyes lauds CONTI’s involvement, and says it’s particularly meaningful because it is driven by a desire to help, rather that a requirement to receive state or federal funding. “It helps to remove a lot of doubt and suspicion and anxiety when the community sees the owners, the local businesses, and schools helping,” he says.

For Hsu, the giving spirit can be traced back to his parents, both children of large families who left Taiwan to pursue a brighter future. (Coincidentally, CONTI co-founder and CEO Vaz, was also one of nine children and the first in his family to leave Brazil–with just $300 in his pocket.) “The dream is if you work hard, you do your best, you learn from your mistakes and pick yourself up when you do and do things the right way with integrity; sooner or later your success will come to you in some form or fashion,” Hsu says. He and his partner, his parents, and his wife (who was the first in her family to leave China to pursue the American dream)  “do not take anything for granted.”

Hsu says the salt-of-the-earth people he and Vaz encountered in the Bachman Lake neighborhood was part of the allure. “We saw a path of progress,” he says, spreading a pile of research and data across a conference table at Conti’s 10th floor headquarters in Galleria II in Dallas.

In the real estate investment world, there is a simple formula for success; buy a lower-quality asset in a good neighborhood, fix it up, and operate it or sell it at a profit. But Bachman Lake didn’t fit into that Investment 101 pattern. Digging deeper into the data, though, the CONTI team found a saturation of working force residents surrounded by jobs, schools, and medical care—all in the shadow of the emerging West Love Field market. “You just get in the car and drive around, and you see what is happening,” Hsu says. “It doesn’t take a rocket scientist.”

Bachman Lake is one of the last affordable pockets of Dallas, where the average apartment goes for about $900 a month. Even after making more than $20 million in improvements to the properties in the portfolio, Hsu says they’ve been able to keep its rents at an average of $830 a month. Overall occupancy stands at an impressive 95 percent.

CONTI’s cautious approach has always centered around adding value, delivering a freshened-up asset, a better managed property, more services for residents, and, ultimately, solid returns for investors. “We don’t believe in being the pioneers,” Hsu says about the firm’s focus on Bachman Lake. “The pioneers are the ones who end up getting shot with an arrow in the back,” he says. “When we do our due diligence, we go out in the area and see what has already proven successful. Our ideal underwriting is that even after you raise rents, those new rents are still in the middle of the pack. It is just sort of a different philosophy.”

For Vaz, honing in on the Backman Lake neighborhood just made sense. “The submarket is a great region within the Dallas area that is poised for continued economic growth,” he says. “We look forward to growing together.” Across its Bachman Lake portfolio, CONTI has put in about $20 million in renovation dollars and has seen an average of seven to nine percent cash-on-cash return.

“We’d love to see the area continue to improve,” Hsu says. “It feels like a north entrance to Love Field is likely, so we are interested to see how that shapes out. We are excited about helping our properties, helping our residents, and helping our community grow.”

Eataly Is Coming to Dallas

Hope you're hungry for bao and boat noodles.
By  Eve Hill-Agnus
Festivals

Get a Taste of Great Britain at Central Market