Original ideas are needed now more than ever in the healthcare industry, which is creeping toward accounting for one fifth of the country’s gross domestic product. Here in North Texas, healthcare is big business, representing more than 600,000 skilled workers and 15 percent of the economy. But the industry is not settling for the status quo and is one of the most dynamic segments of the regional economy. Hospital system growth, corporate turnarounds, and healthcare innovation are keeping the industry busy.

D CEO’s sixth annual Excellence in Healthcare Awards honors the best of the best in North Texas healthcare. Our award winners are revolutionizing open heart surgery, providing behavioral health for underserved students in schools, treating PTSD for those who experience trauma, and much more. These wide-ranging initiatives are evidence of how Dallas-Fort Worth’s competitive and thriving healthcare market are improving the lives of people in North Texas—and beyond. 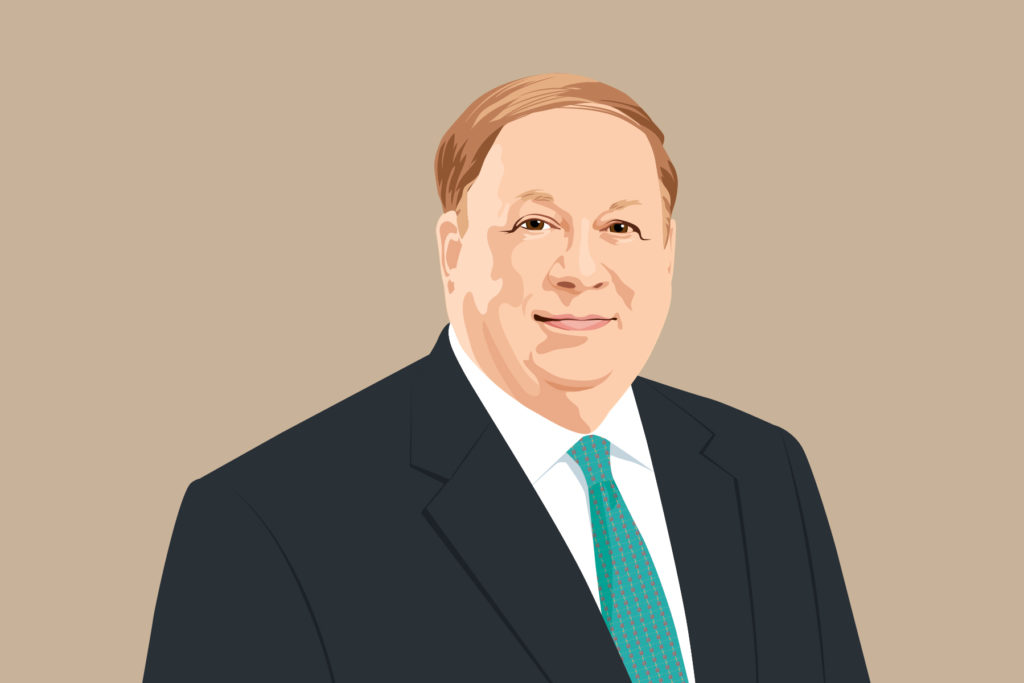 Ron Rittenmeyer leads Dallas-based Tenet Healthcare, one of the nation’s largest healthcare systems, with more than 560 sites of care across the country, including 30 in North Texas. At the helm for about two years, he has led a transformation of the organization, focusing on performance, compassionate and high-quality care, leadership, community outreach, and culture.

But it hasn’t always been easy. With nursing labor negotiations and hospital sales keeping the organization on its toes, Rittenmeyer has stayed focused on improving performance for the 100,000-employee corporation. Under his leadership, the company grew earnings, has divested businesses it considered to be a deviation from its core strategy, invested $250 million in Addison-based ambulatory platform United Surgical Partners International, and spun off healthcare business services affiliate Conifer Health Solutions to be an independent, publicly traded company.

American Cancer Society and Baylor Scott & White Dallas combined resources to create a space for caregivers to stay while their loved ones receive treatment from cancer treatments centers in the Dallas area. The Gene and Jerry Jones Family Hope Lodge will open in 2021 as a 40,000-square-foot facility with 50 private guest suites—all free of charge for the families of cancer patients, who often have to spend weeks or months in treatment.
Finalists: DCCCD’s Health Careers Resource Center; Children’s Health Heart Center 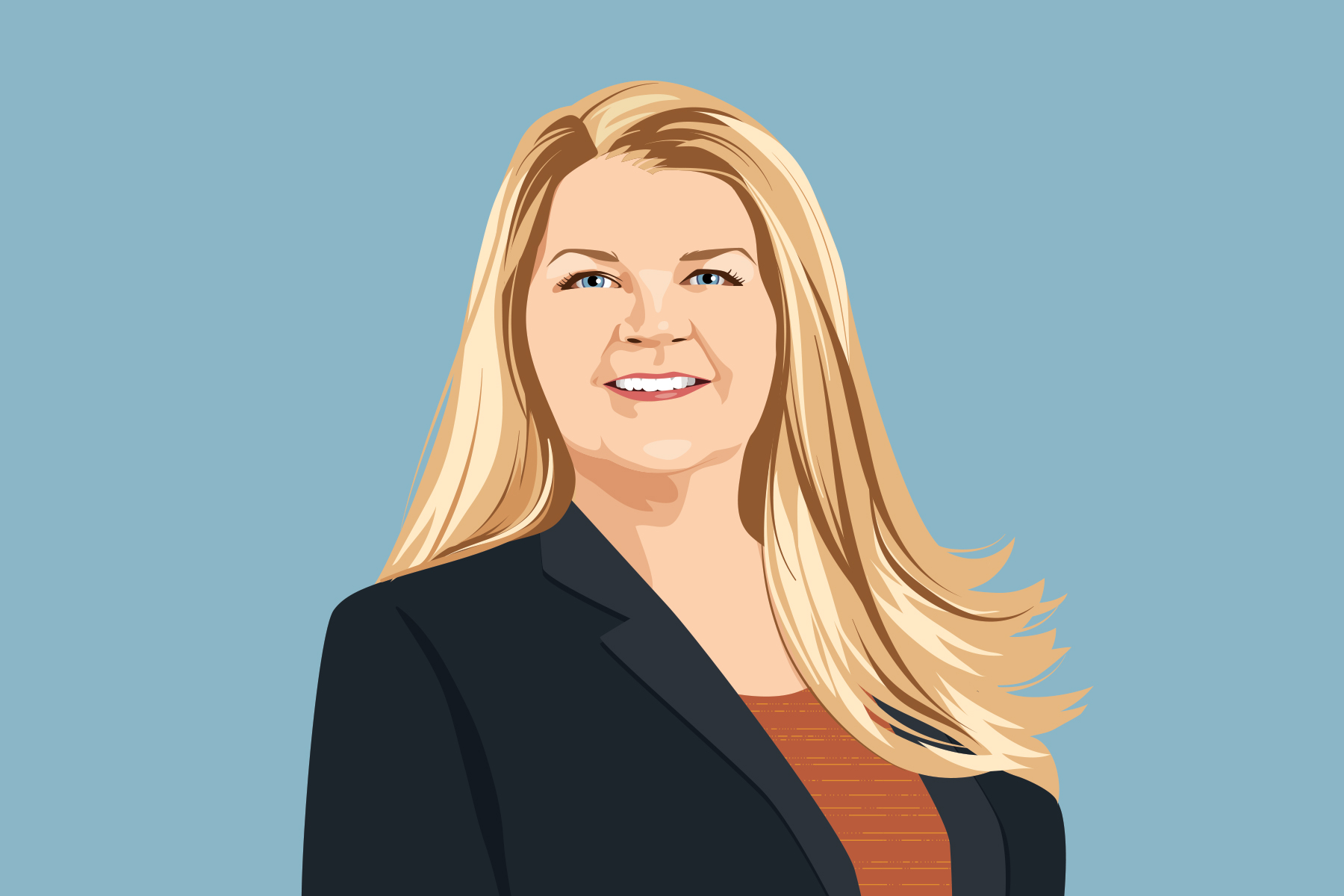 Achievement in Medical Devices or Technology 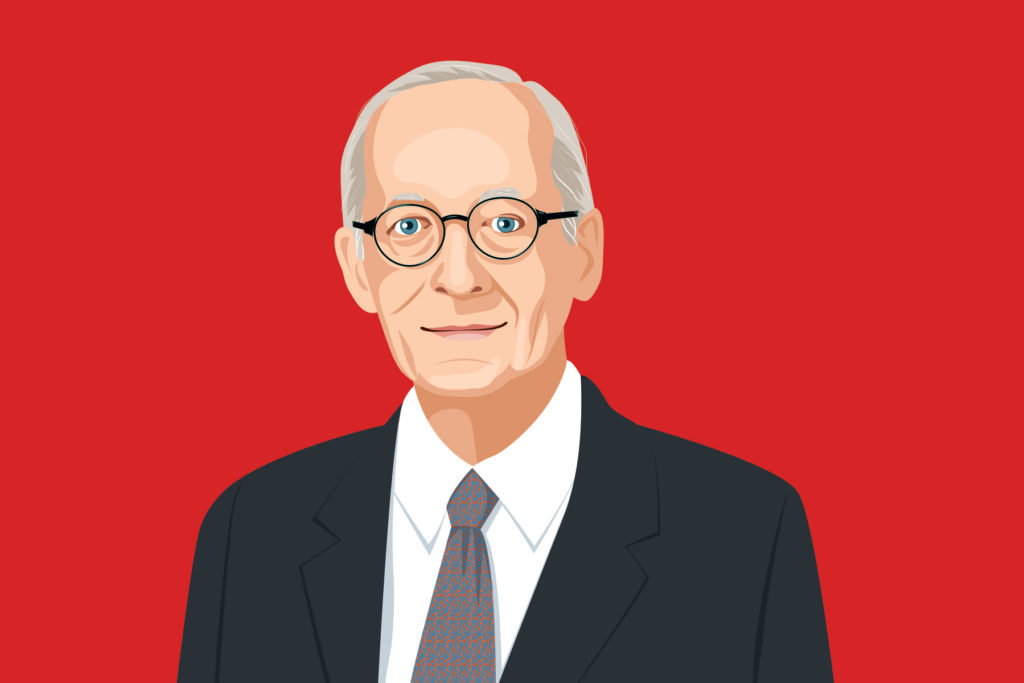 Michael Mack is a cardiothoracic surgeon who is familiar with breaking barriers. The former president of The Society of Thoracic Surgeons and current medical director of cardiothoracic surgery at Baylor Scott & White Health practices at the system’s heart hospital in Plano. His work led to FDA approval for trans-aortic valve replacement (TVAR) for low-risk patients this year, opening up the surgery to virtually all patients with aortic stenosis. The procedure avoids open heart surgery by inserting a collapsed heart valve near the hip and guiding it through an artery until it is in place in aortic valve, where it is expanded.

When performed via open heart surgery, recovery time usually lasts up to six weeks, but TAVR patients can be out of the hospital the same day. Baylor Scott & White is the largest provider of this therapy in the country, with more than 1,500 procedures performed at The Heart Hospital—Plano alone. “This is a momentous shift to have a disease that’s historically been mainly treated by open-heart surgery now treated with a catheter-based approach,” Mack says.
Finalists: Richard Dickerman, Methodist Dallas; Daniel Gossett, Children’s Health; James Pickney, Diamond Physicians

Methodist Health is one of the only systems in the nation to educate prospective patients by broadcasting surgeries via Facebook Live. Its October 2018 surgery of patient Sonia Johnson’s lumpectomy was met with a phenomenal response; women were encouraged to get mammograms and learned that treating breast cancer doesn’t always include a mastectomy.
Finalists: Meals on Wheels and Hospice Care Choices, VNA Texas; Community Time Off Program, Texas Health Resources; Recovery Notes, Methodist Mansfield 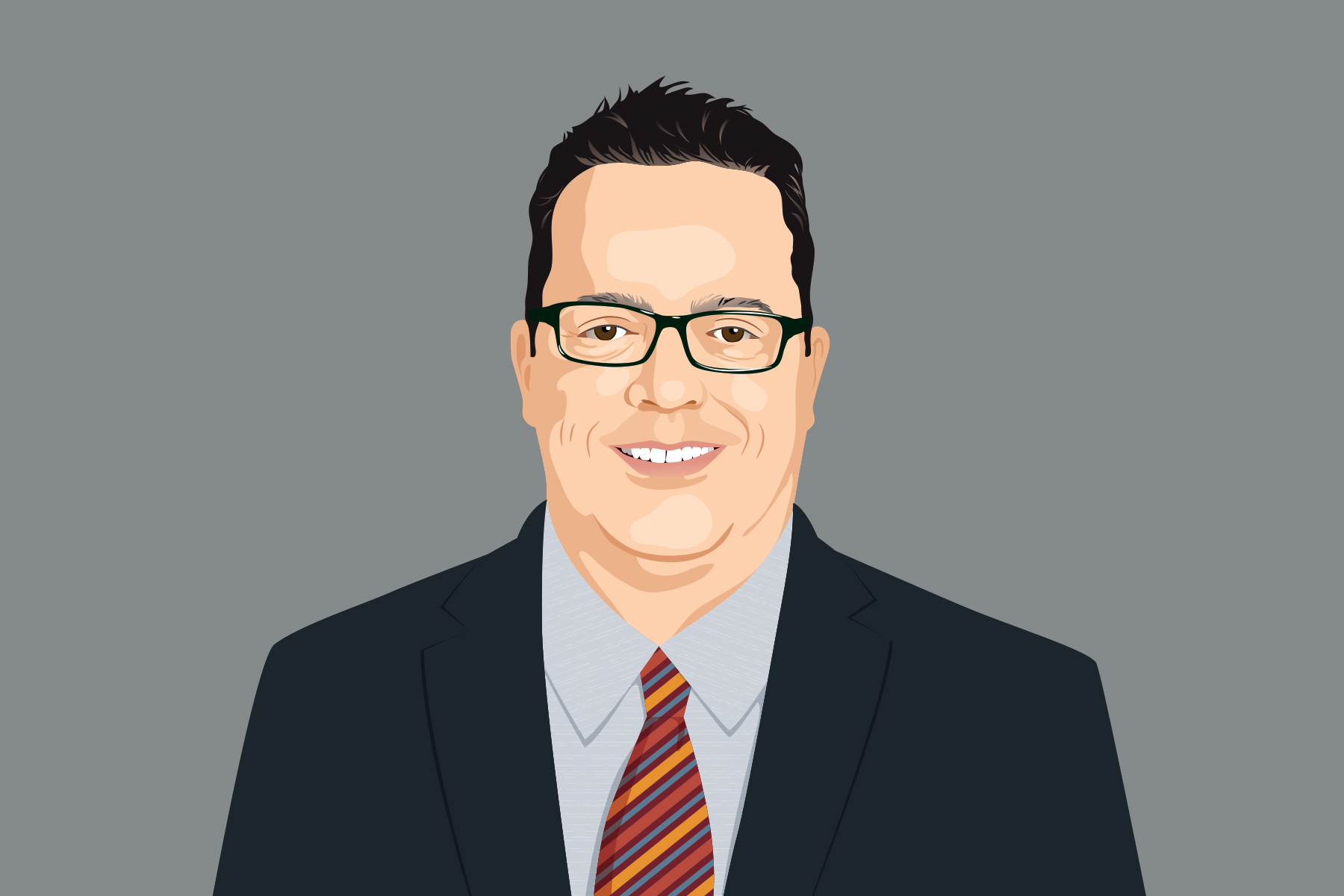 Baylor Scott & White Health’s Trauma Research Program strives to interpret and alleviate the psychological impact of trauma. It’s staffed by first-hand witnesses to tragic circumstances who understand how its consequences can seep into local communities. The program’s director, Mark Powers, and his team have worked with the Garland Police Department to improve and reduce stress with virtual reality and transcranial stimulation. Research has shown an average increase in sleep for participants of two hours per night. The program is also partnering with the Department of Defense and National Institutes of Health to create a national standard of care.
Finalists: Virtual Cervical Cancer Training, Southern Methodist University; National Opioid Crisis Committee, UNT Health Science Center; Circadian Rhythm Regulation, UT Southwestern

A report this year from America’s Health Rankings found that teen suicide has increased 25 percent since 2016, and one in five children ages 3-17 has a diagnosable behavioral health disorder. But because there often aren’t resources to place a behavioral health provider on every campus, Children’s Health has stepped in to help fill that need. Its expanded school-based telebehavioral health program provides virtual visits for 24 North Texas schools and has done more than 700 appointments for 120 students to date.
Finalists: Eosera; Medical City Healthcare; Tenet Healthcare 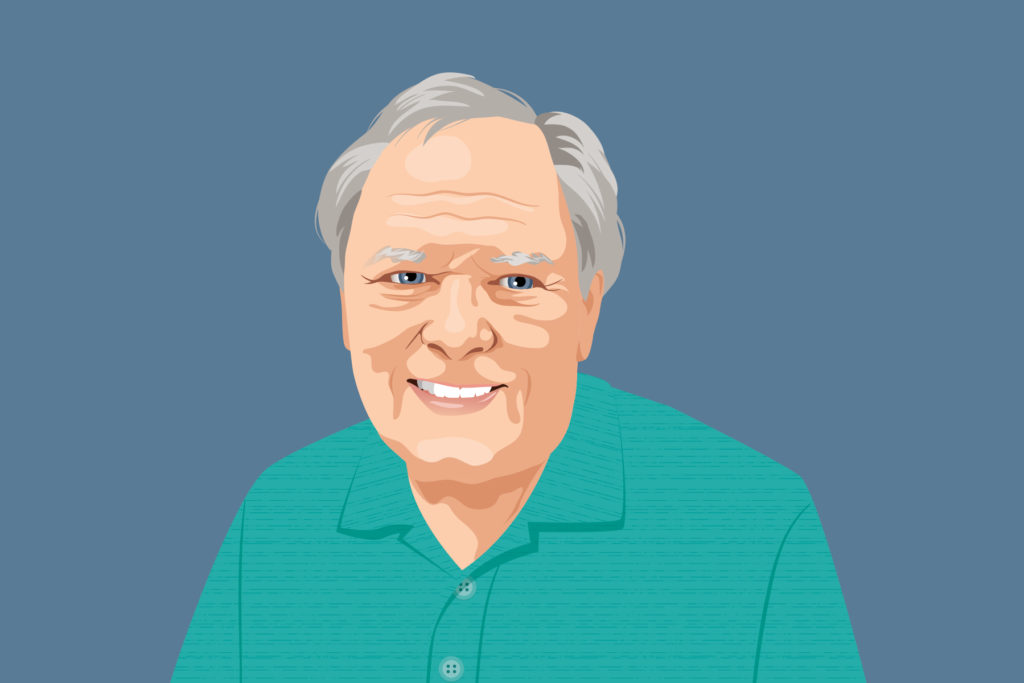 Every week for the past 12 years, Mike Nealon has escorted patients and families, retrieved blankets and water, and spent time with military veterans at Texas Health Plano. A former captain in the U.S. Army, Nealon has visited with more than 2,500 veteran patients since 2017 and has logged more than 3,300 volunteer hours. “When families are in the rooms when I visit, they are astounded at what they learn about their family member’s service,” he says.
Finalists: Edward Burkett, Medical City Denton;Randall Canedy, Methodist Mansfield; Diane Greytak, Baylor Scott and White Health

A 2017 Harvard study said that 60 percent of American children will be obese by the time they turn 35. Obesity is a precursor to diabetes, heart disease, and numerous other afflictions that are painful, costly, and reduce the quality of life. But a Medical City Healthcare initiative is striving to make an impact before bad habits form. The Kids Teaching Kids program uses a multi-pronged approach that includes registered dieticians educating high school culinary students, the creation of cookbooks involving graphic design and photography students, a 21-day fruit and vegetable snack program, a program that has students coming up with healthy kid-sized meals for restaurants, and more. Since the program’s launch, about 180,000 children have participated in the healthy food challenge, 1,800 culinary students have completed educational programs, and more than 350,000 healthy kids meals have been ordered, creating a long-term impact on the health of the community.
Finalists: Arts in Medicine, Baylor Scott & White Health; Proactive MD; Healthy Education and Lifestyles, Texas Health Resources 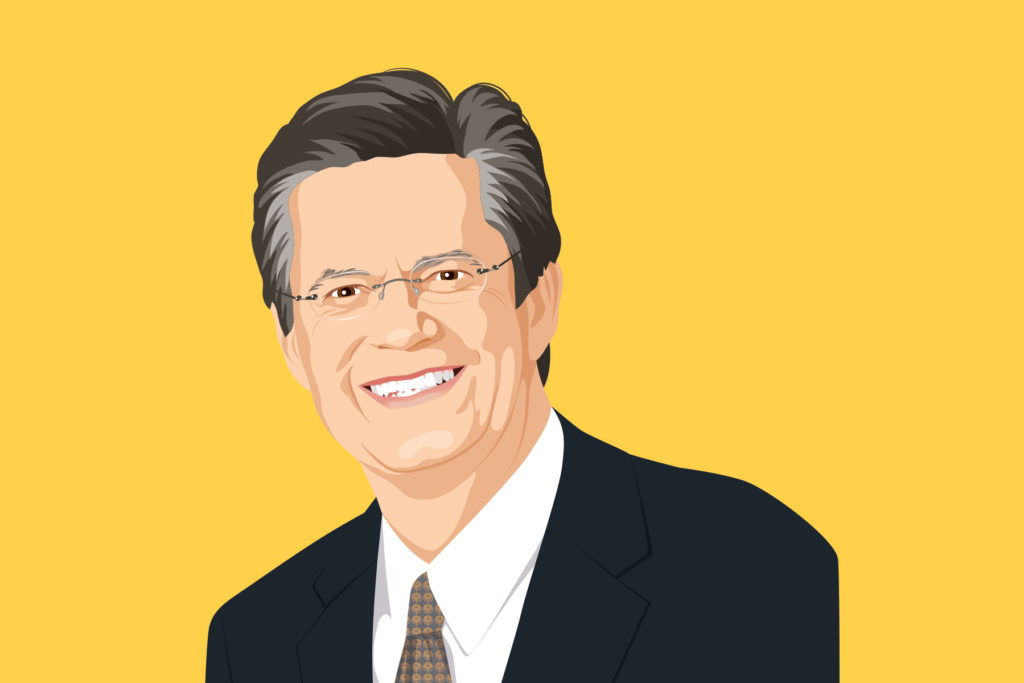 As the only health system based in southern Dallas, Methodist leans into serving a diverse patient base. “In many respects, the Methodist story revolves around a strong sense of pride in knowing that we provided outstanding healthcare to the wealthiest and the poorest of our neighbors in their times of need,” Mansfield says. He attributes his success as a leader to a platform that enables a talented team to do what they do best. “Human beings are complex and organizational systems are complicated, but when people are doing inspiring work and systems are built to support them, it is amazing to witness and fun to participate,” he says.

During his 46-year career in healthcare, Mansfield has shared innumerable moments of triumph and struggle. “It would be virtually impossible for me to choose one standout memory over another,” he says. “I’ll just say that my fondest memories are working with some of the finest individuals in the world doing something we all enjoyed­—taking care of those in need of health and healing.”