“I was born in Châteauroux, Loire Valley, France. My grand aunt was a great cook. She had a farm where she had chickens, ducks, goats for cheeses, a garden and fruit trees, and pigs and cows for milk, butter, and cream. She was the person I learned from starting when I was around 12 years old. My parents and my siblings and I visited every other weekend, and we had long lunches where I watched my grand aunt cook great simple dishes with all the farm resources. I didn’t appreciate the natural process of supply and cooking back then because it was all I knew. Produce came from the farm garden, and we collected eggs from chickens before roasting them. We used the milk for butter and cream from our cows. Farm-to-table cooking was not a PR stunt or a selling point—it was just daily life. 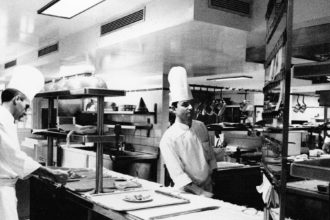 Before immigrating to America, he worked at Relais et Chateau’s Ferme Saint Simeon in Normandy.
Courtesy of Bruno Davaillon 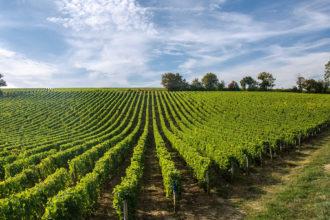 I moved to America 22 years ago. It was a big decision because I moved from Honfleur in Normandy, near Deauville, where I was chef de cuisine for a beautiful Relais & Châteaux hotel with a great restaurant. I was persuaded to move to Westchester County in Larchmont just outside New York City to be a private chef for a very wealthy family that was one of my regular customers in France. Since then, I’ve lived and worked in New York City, Los Angeles, San Francisco, and Las Vegas.

In 2009, Gert Kopera and Bob Boulogne from The Mansion on Turtle Creek contacted me and asked me to leave Mix by Alain Ducasse, where I earned a Michelin star, and come to Dallas to reinvigorate The Mansion. After six years of success, I decided to leave there and showcase my simple approach to French food at Bullion.”