Why you need to know him: Because Lynn Moore leads Tyler Technologies, the nation’s largest provider of software to the public sector. Since taking the helm a little more than a year ago, Moore has accelerated growth plans at the company, which is on track to hit $1.1 billion in annual revenue in 2019. Earlier this year, Tyler Technologies hit its 30th consecutive quarter of double-digit growth.

Simply put, the Plano-based company helps local governments handle their business operations, which can involve everything from tax bills to citation management, school district administration, and cybersecurity. It was founded in 1966 and grew to become an industrial conglomerate. Moore joined in 1998, the same year the company entered the local government software business and shifted its focus exclusively to the public sector market. Today, its 5,300 employees serve more 21,000 installations across 10,000 client sites, ranging from tiny Loving County in Texas (population 134) to the County of Los Angeles in California (population 10 million). It claims a customer retention rate of 98 percent.

Tyler Technologies’ corporate campus was developed around a former YMCA in Plano. A large office building was constructed around the existing facility, which incudes a fitness center and a cafe that overlooks Legacy Trail and White Rock Creek. Two years ago, Tyler installed solar panels backed with batteries at the campus, making it the first company in North Texas to use a commercial solar and storage system. Along with the green benefits, it allows Tyler to keep going, even if the power goes out.

Moore, who has a bachelor’s in economics from Georgetown University and a law degree from the University of Texas, is on a mission to transform the way governments connect and share information. Under his leadership, Tyler Technologies is embracing data as a service and making massive investments in research and development. The company has made seven acquisitions in the last year and is pumping $80 million into R&D in 2019.

But Tyler’s initiatives are not stopping at improving local governments; the company is targeting new markets—namely, federal agencies. Its recent acquisition of MicroPact Inc. opened doors to the $2 billion federal contract market, Moore says, giving it access to clients like the Department of Justice, Department of the Treasury, Social Security Administration, and National Aeronautics and Space Administration, along with a number of statewide agencies. Through an alliance program, it also gives Tyler access to a partner network that includes companies like Accenture, Amazon, General Dynamics, and NTT Data. “We traditionally played at just a local government level,” Moore says. “So, that’s pretty exciting.”

Last year, Tyler acquired data-as-a-service firm Socrata. The acquisition, Moore says, will create integrated solutions and allow for more fluidity in government. He calls it the company’s “Connected Communities” plan, an initiative that uses data collected across government silos to solve problems and work for the public benefit.

On a local level, that connectivity could look like a streamlined system that efficiently flows from an arrest made by a police officer out in the field to a city or county jail to the court systems in a matter of seconds. As for the potential statewide impact, Moore says it’s best illustrated by a hypothetical push to decriminalize small amounts of marijuana. Before enacting a plan, the state would need to collect data about marijuana offenses statewide—how many people were convicted, the typical sentence, the racial profile, and more. 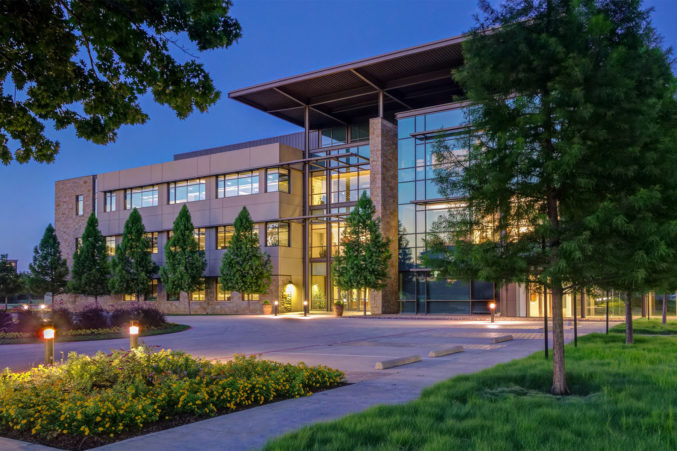 Tyler Technologies’ data collection systems could efficiently pull that information together into a digestible dashboard, Moore says. “The only way to get that information today is to go into each system in all 254 counties in the state of Texas and individually pull that information out, and somehow pull it in a way that’s meaningful and useful,” he says. The idea isn’t so far fetched considering some 80 percent of Texas’ population is served by courts using Tyler’s solutions.

As CEO, he jokes, “I’ve probably grayed a little bit and probably don’t sleep quite as much as I used to. But it has been a good year—an exciting year for Tyler.”

Looking forward, Moore says the company he leads has the potential to alter the landscape of government: “We have a very big vision of transforming local government, and to make it operate more efficiently and more effectively, both within its own means, but also with its citizens. That’s potentially life-changing.”