When Dan Bennett was a young boy living in Topeka, Kansas, he’d often take a one-block walk from his house and peer into a large glass building that was home to the broadcast studios of radio station WREN. Oh, how he could imagine it all: a grown-up Dan, manning the microphones, wearing the headset, spinning the discs. “By the age of 10, I knew exactly what I wanted to do,” he says.

He applied for a job at the station when he was 13 but wasn’t hired until three years later—April 3, 1971, a date that’s burned into his memory. (To provide some context for how long Bennett has been in the business, one of his first bosses was Alf Landon, a former Republican presidential candidate born in … wait for it … 1887.)

About 35 of Bennett’s nearly 50-year career have been in the Dallas market, where the Cumulus Media executive now oversees seven radio stations that generate more than $80 million in annual revenue. He also was put in charge of the prized KRBE station in Houston, which raked in more than $15 million last year.

Along the way, Bennett has spun records, worked switchboards, handled play-by-play for high school sports, and once, when money was tight and a workman didn’t show, he went out and mowed the grass, despite serving as a station general manager at the time.

Atlanta-based Cumulus is one of the top radio operations in the country, with 433 stations in 89 markets reaching 245 million listeners per week. Dallas is its biggest, strongest market, says Mary Berner, the company’s CEO. “It’s an absolute powerhouse,” she says, crediting Bennett for its success. “He brings his A-game every day.”

Bennett may come across as a straight arrow, conservative Midwesterner, but there is a lot of gamble and innovation alive in the man. In 1987, before Cumulus bought KLIF-AM, he was the station’s program director, and changed the entire format to all-talk, all-day. With no other local station in the country offering a morning drive-time sports talk show, Bennett hired sports savant Norm Hitzges and gave him three hours a day to get listeners under the KLIF tent. Next, he snatched naughty boy Kevin McCarthy from the television side, and followed that hire with the addition of local conservative voice David Gold. Bennett was well aware this move was particularly bold. It was 1987, long before there was a Hannity or Limbaugh.

“The average talk show listener was thought to be an old lady shut-in,” McCarthy says. “And the 1190 signal was weak. I’m not sure you could hear us much past Northwest Highway.”
The bold move proved a magical one and offered a preview of how Bennett would handle his high-flying talent. When McCarthy quizzed Bennett about what he wanted from him as show host, McCarthy says he was told: “I want you to be you and do the kind of show you want and have fun.”

After a rocky first year, the format proved a monster success for 15 years. At one point it was ranked No. 1 in the coveted category of men aged 25-54. It ultimately lost that lofty perch to a fledging all-sports talk show called The Ticket, which debuted in 1993 as the first 24/7 all-sports station in Dallas. It was bought and sold several times early on and was also handicapped with a lousy frequency. The fact is, The Ticket never enjoyed a profitable day until it was acquired by Cumulus in 1996. It was losing about $100,000 a month when Cumulus came in, Bennett says.

Under his stewardship, the station made money in its first full month following acquisition. Today, The Ticket (broadcast over KCTK AM and 96. 7 FM) is a fat cash cow for Cumulus. The station has held fast to the position as No. 1 among male listeners aged 24-54 for more than a decade.

Last year the Dallas radio market earned more than $300 million in advertising revenue. The seven local stations under Bennett’s wing generated nearly 30 percent of the total. That includes 44 percent of local spot ad sales in North Texas, and almost half that local business is “direct,” meaning it does not go through an advertising agency. Locally, led by The Ticket, Cumulus stations ranked No. 1, No. 3, No. 4, and No. 5 in local spot sales.

“In any type of corporate flow chart, Dan is clearly at the top. If something needs to be corrected, you will find that he has lines you just don’t cross.”

But a few years back, although the Cumulus star was shining bright in Dallas, all was not well with the parent company. It had been on a frenzied buying spree, closing on more than $5 billion in acquisitions from 1998 to 2011. Included in that binge was the $2.5 billion purchase of Citadel Broadcasting, a move that sent Cumulus into a freefall, culminating in a November 2017 Chapter 11 bankruptcy filing.

Berner, who had moved from the boardroom to the chief executive role in 2015, masterfully ushered the company through the financial tumult. She led a pre-packaged deal that was not an easy sell to many, but the upshot was a June 2018 emergence from Chapter 11 that effectively rid the company of more than $1 billion in debt. Morale improved, and employee turnover dropped from 50 percent to 24 percent.

Today in North Texas, Cumulus carries 160 full-time employees and 255 overall. Of that number, 37 are in sales. And there’s no question who runs the show. “In any type of corporate flow chart, Dan is clearly at the top,” says Hitzges, who calls Bennett a quiet star. “If something needs to be corrected, you will find that he has lines you just don’t cross.”

By all accounts, the Bennett style of management is to find good people, then leave his hands mostly off, except to ask what he can do to make the broadcasts better. WBAP veteran talk personality Hal Jay, who began his career with two tin cans and a wad of string, says: “In my 38 years here, I have had all kinds of bosses … some micro-managers, you name it. Dan is the one who lets us do what we want to put on a good radio show. When I see him, he usually will say something like, ‘Keep good things coming out of those speakers.’”

To Bennett, there is no question as to how his style of management came about. “I came from the program side,” he says. “I talk about content every day—even did with Alf Landon when he was 92.” Landon advised Bennett to work hard and treat and spend the money like it was his own. It’s doubtful anyone in the industry puts in more hours, says KSCS morning guy Mark “Hawkeye” Louis.

“I’ve had lots of GMs with an open-door policy, but none who opened the door at 6:30 a.m.,” Louis says. “We all laugh that Dan will never retire because he loves to work so much.” Berner says Bennett is a master of content and talent, yet he also knows where every dollar is spent. She says she doesn’t really contribute much when in Dallas: “I just ask if there is anything I can do to help. I mean, if you are the best, you don’t want people telling you what to do all day.”

Longtime radio executive Dan Bennett oversees some of the biggest personalities in the business, including: 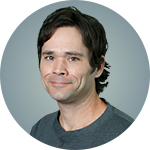 Corby Davidson
Corby Davidson (aka “The Snake” or “The Cobra”) joined The Ticket as an intern in 1994. Today he co-hosts The Hardline with Mike Rhyner. 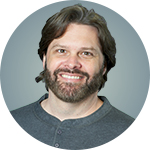 Gordon Keith
“The Great Gordo,” as he is known to listeners, Gordon Keith is a five-time Marconi-nominated co-host of The Musers morning show on The Ticket. 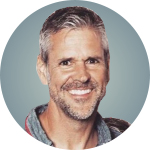 Mark Louis
Co-host of Hawkeye in the Morning, Mark “Hawkeye” Louis is the voice behind the longest-running morning show in DFW.

One of the more bizarre management responsibilities Bennett has is overseeing rival sports shows (103.3 ESPN and 96.7 The Ticket) as well as competing news talk formats (570 KLIF and 820 WBAP) and dueling country and western programs (96.3 KSCS and 99.5 KPLX The Wolf). When his boss is asked how Bennett manages to pull that off, Berner says candidly, “I have no idea.”

Of those tightrope walks, perhaps the oddest involves the two competing country stations. In a market like North Texas, there appears plenty of room for more than one C&W station. KSCS is known for playing more “new” country and The Wolf more traditional, but there is plenty of middle ground on both playlists. Remarkably, the Academy of Country Music has nominated both KSCS and The Wolf as finalists for its Major Market Radio Station of the Year. (The winner will be revealed April 7.)

When Bennett and Cumulus were named to manage and operate competing sports talk ESPN in 2013, longtime sports personalities at The Ticket wondered what all was about to change. The last thing stalwarts like The Ticket’s legendary Mike Rhyner wanted was any interface with the boys from Bristol. Today, the station’s studios sit about 30 feet apart on the company’s fourth floor. “We don’t really fraternize,” Rhyner says. “We have long had a group chip on our shoulder, and that remains today to a very large degree.”

By the time Cumulus took over the Dallas stations, much of the on-air staff was already in place. However, there was still a bit of the unorthodox gambler in Bennett. At KLIF, he had hired on an Oak Cliff barber, because Bennett liked his knowledgeable call-in questions and gravelly voice. He found a more recent hire for The Ticket, Donovan Lewis, in the company cafeteria. “I would walk in and there would be Donovan just lighting up the room,” Bennett says. “He had everyone laughing.”

Lewis went from production and board operator to on-air personality, with advice from Bennett to “just be yourself.” From 2006 through 2015, Lewis was part of the noon to 3 p.m. broadcast on The Ticket. Bennett wanted him to join National Radio Hall of Famer Hitzges in the 10 a.m. to noon slot. But it was not an easy sale to Hitzges, who had gone solo for nearly 40 years. And Lewis didn’t want it to be “Norm Hitzges, with special guest Donovan Lewis.” Forced or not, the 2015 marriage worked.

Both locally and nationally, The Ticket enjoys unique status. The station was already leading the pack when it took on broadcasts for the Dallas Cowboys. “But I’ll tell you,” Bennett says, “that didn’t really move the needle.”

Says Hitzges, “I think what makes us unique is at The Ticket, we have Shawn Bass open at 5:30 a.m., and, for the next 13.5 hours, you are listening to people you know.”

Bennett says he gets complaints all the time that The Ticket hosts don’t talk “real sports,” and that it’s Animal House on the radio. “But …,” he adds, surrendering his hands as if to say, “the ratings speak for themselves.”

Just as the ratings have mounted over the years, so have the prestigious awards. In 2017 at a National Association of Broadcasters event in Austin, The Wolf won the Marconi Award (named for the Italian inventor of radio) for best country station, Houston’s KRBE won for best contemporary music station, and The Ticket won for best sports station—its third Marconi. In other words, three of the eight stations under Bennett’s guidance were named best in the country in their format. The same year on the news side, the Texas Association of Press Broadcasters named WBAP first in newscast, while KLIF’s Amy Chodroff and Dave Williams won best news team.

Few would dream of ratings and awards like these … except maybe a young boy in Topeka, peering in through the glass windows at WREN.

Who Wore the Look Best? Patrick Kennedy or Mike Rawlings?