As we enter the eighth year of an up-cycle, Dallas-Fort Worth looks a lot different than it did during the Great Recession.
By Julia Bunch | December 27, 2017|9:00 am

Subscribe
Advertisement
The commercial real estate industry in North Texas is not without its challenges: construction costs, labor shortages, lending hurdles, increasingly scarce land, and stiff competition. But forward-thinking pros spanning every asset class and industry continue to push the sector forward. To determine the top real estate stories of 2017, we analyzed traffic from our D CEO Real Estate website and asked industry professionals, including D CEO Power Brokers and contributing editors, to share their insights. We went beyond specific deals to analyze market hardships, impactful projects, and game-changing trends. As we’ve heard dozens of real estate insiders remark in one form or another: “Come what may nationally and globally, we’re lucky to be in North Texas.”

When Fehmi Karahan and his so-called Team Legacy, consisting of KDC and Columbus Realty, competed to develop some land near the J.C. Penney campus in 2014, much of Plano was still farm land and greenfield sites. Today, Karahan Cos.’ master plan for Legacy West has been realized with the opening of Toyota, Liberty Mutual, and JPMorgan Chase’s offices, the 38-acre urban village-style retail center (which was fully leased by October), a 304-key Renaissance Dallas at Plano Legacy West hotel, the 55,000-square-foot Legacy Food Hall, and 800 apartment units. Additional developments—namely, a 29-story apartment tower called LVL 29—are still in the works. Gaedeke Group also opened its 308,000-square-foot One Legacy West. Shortly after, Gaedeke’s anchor tenant NTT Data made another big statement by leasing an additional 233,000 square feet at neighboring project, the Campus at Legacy West. Legacy has come a long way since the days of Electronic Data Systems.

Adding to the lineup at Legacy West, Karahan Cos. scored Boeing’s new Global Services business unit. Though the aerospace giant’s lease is 18,000 square feet—a drop in the bucket compared to Toyota’s 2 million square feet—on the third floor at the 5905 Legacy Drive building, the significance of the deal requires a long memory. Back in 2001, the Dallas-Fort Worth real estate world was on edge, waiting to see where Boeing would locate its new headquarters. When Dallas and Denver ultimately lost out to Chicago, Big D took the loss hard. Though the Global Services division landed in Plano, not downtown Dallas, a collective feeling of vindication swept through North Texas when this news broke earlier this year.


Thanks to local pioneers such as Fort Work and The Dallas Entrepreneur Center, big co-working names like WeWork and Spaces scouted locations in North Texas. New York-based Serendipity Labs Coworking excited Craig Hall so much that he not only leased it 29,000 square feet in KPMG Plaza, but also invested in the concept. Neighboring Arts District office Billingsley’s One Arts Plaza, welcomed Industrious. Chicago-based Level Office joined local concepts in the West End. And it’s not just the urban core that has seen co-working growth. Shortly after WeWork opened its southern headquarters in Thanksgiving Tower, it made plans to expand to Legacy West and Fort Worth’s Clearfork. After opening a McKinney Avenue location in late 2016, Regus’ Spaces leased more than 20,000 square feet at Granite Place in Southlake. Illinois-based 25N Co-Working opted to open its first location outside its home market at Stoneleigh Cos.’s Waterford Market in Frisco. Hometown concept Common Desk has expanded aggressively, opening Fort Worth and Plano locations to join its Oak Cliff office and its Deep Ellum flagship. At press time, 61 co-working spaces were calling DFW home.

Foreign investors have been flocking to gateway cities such as New York and Los Angeles for decades. But over the last couple of years, Texas—and Dallas, in particular—has become a safe haven for foreign money. Texas now outshines California and the national average for foreign investment as a percentage of total sales, according to CoStar. In 2016, foreign buyer sales in Texas topped $5 billion, and at press time 2017 looked to be similar. Though DFW fell slightly from past years in PwC and ULI’s Emerging Trends in Real Estate report, the region still ranks as the sixth-best U.S. market for overall investment (foreign as well as domestic), and the fifth-best market overall. Push factors and pull factors play a role in large amounts of capital crossing the Texas border. But as long as DFW retains its low-risk profile, we’ll be sitting pretty for all that overseas money.

Out of House and Home

Though recent reports show single-family home gains are cooling slightly from this time last year, home-buying Dallasites probably still feel the burn. North Texas home costs are up more than 50 percent since 2012. In 2017, the median home price in Dallas surpassed $236,000, topping the national average for the first time.

The ’80s real estate cycle brought some of the most iconic structures to the downtown Dallas skyline. And this decade’s real estate cycle will update many of those same skyscrapers. Fountain Place owners Goddard Investment Group pledged $70 million to update much of the interior, to construct a 10-story garage anchored by restaurants, and to renovate the building’s namesake fountains. A few blocks away, Trammell Crow Center is getting an upgrade to its existing 1985-era tower, plus a second phase on the full city block across from the skyscraper on Ross Avenue. Owner JP Morgan Asset Management will spend $135 million adding amenities to the existing tower and bringing in retail space, a 200-room hotel, multifamily units, and a parking garage to the new development. Fortis Property Group, the new owners of the 55-story Chase Tower, will make the skyscraper interact better with the surrounding street with an updated plaza and entry, reminiscent of Thanksgiving Tower’s $40 million renovation from owner Woods Capital. Neighboring buildings Ross Tower and Saint Paul Place both completed renovations in 2017.

Downtown Dallas has several planned or proposed developments on the horizon, but 2017 solidified footing for a different type of project: historic redevelopments. Between major renovations at Dallas High School, Factory Six03, Butler Bros. Building, Tower Petroleum Building and Corrigan Tower, The Statler, and others, Dallas developers have clearly realized the value of good bones and a prime location. “When people wander around downtown and see dead buildings—which is what you used to see—they don’t want to be there. It repels investment,” Dallas City Councilman Philip Kingston said at The Statler’s grand opening in October.

(The Epic: courtesy of Perkins + Will)


More than 50,000 apartment units sit in the DFW pipeline. Many jaws dropped after 2016 brought 17,000 new units online, but 2017 was slated to exceed that by 10,000 units. “More apartments are coming online here in DFW than anywhere else in country,” Jay Denton, Axiometrics vice president of analytics, says. And 2018 will be much the same, with around 25,000 units scheduled to come online. North Dallas suburbs account for the largest chunk of new apartments, with more than 9,000 units planned by the end of 2018. Other hot submarkets include downtown, Uptown, Richardson, East Dallas, and downtown Fort Worth. 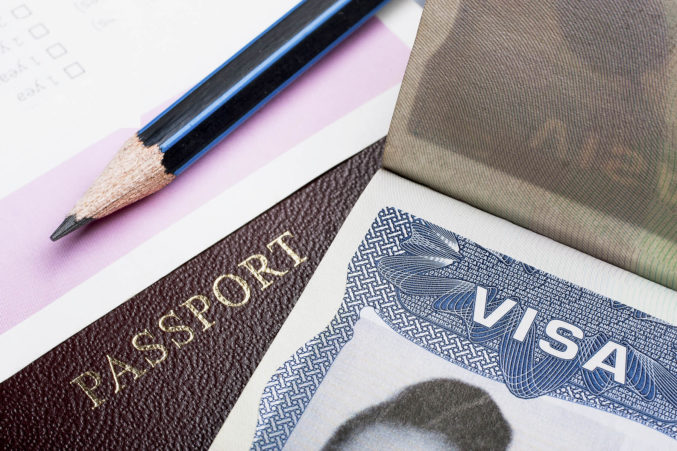 In an issue that touches every asset class in the business, finding—and keeping—skilled laborers continues to pose problems for developers. Homeland Security and the U.S. Department of Labor increased their H-2B visa capacity in 2017, allowing an additional 15,000 temporary workers into the U.S., but many construction laborers consider DFW a less-than-ideal market in which to work. There are approximately 245,000 construction workers in Dallas and, according to Abodo, many of them become transient, chasing higher wages or safer working conditions elsewhere. Meantime, construction costs jumped 12 percent between 2011 and 2016, according to CBRE.

After kicking the tires of several alternative office headquarters in late 2016, AT&T decided to renew its commitment to downtown Dallas—and then some. The telecom giant is in the midst of a $100 million revamp that will turn its more than 2-million-square-foot headquarters on Akard and Commerce streets into a so-called Discovery District with street-level retail and restaurants. AT&T, which has six buildings for its headquarters, aims to appeal to its employees, tourists, and downtown citizens alike with its retail-lined plaza. True to its promise to pull out all the stops, the Dallas City Council agreed to finagle the surrounding streets to make the district more pedestrian-friendly, including closing and narrowing some streets while making other one-way streets two-way. Renovations are scheduled to be completed by the end of 2019.