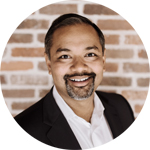 “My parents are originally from India, but one of the things that shaped our family the most is when they got married, they moved off to a country in South America—a small, former Dutch colony called Suriname. So, they’re two-time immigrants. I was born in Suriname and grew up speaking Dutch. At the age of 10, we moved to Miami. One of the first memories that I can recall with my parents’ businesses in Suriname, at the age of 7 or 8, is that they had a retail and wholesale trading business. Whether it was selling clothing or appliances, I remember being in the mini warehouse that my parents had, pulling boxes and putting them into a truck to go make a delivery. I say ‘truck,’ but it was more like a van. The goods would be loaded in the van, and my sister and I would be sitting on top of them or on the side of them. 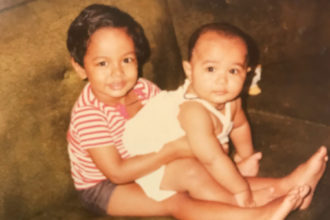 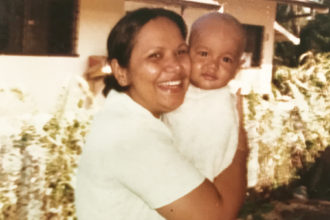 A young Kirpalani with his sister, Ashwina (left); Kirpalani, whose parents hail from India, was born in a small country on the northeastern coast of South America (right)

With my parents, what I always saw was that adversity is an opportunity for you to figure out what you’re going to do next … how you are going to go out there and win. Parents and culture are definitely a huge part of what impacts what I do now as an entrepreneur.”