In one of the hottest residential markets in the country, these North Texas communities and developers rise above their peers.
By November 8, 2018|9:30 am

New-home prices and apartment rents in Dallas-Fort Worth aren’t escalating as quickly as they once were, and that’s good news for the local economy, where a favorable cost of living has long helped woo corporate relocations and new residents alike. Job and population growth are still going strong, giving developers the confidence to move forward with new projects across the region. In our fourth annual Residential Real Estate Awards program, we recognize some of the most compelling new single-family and multifamily communities, and innovative executives who are setting the bar for success. 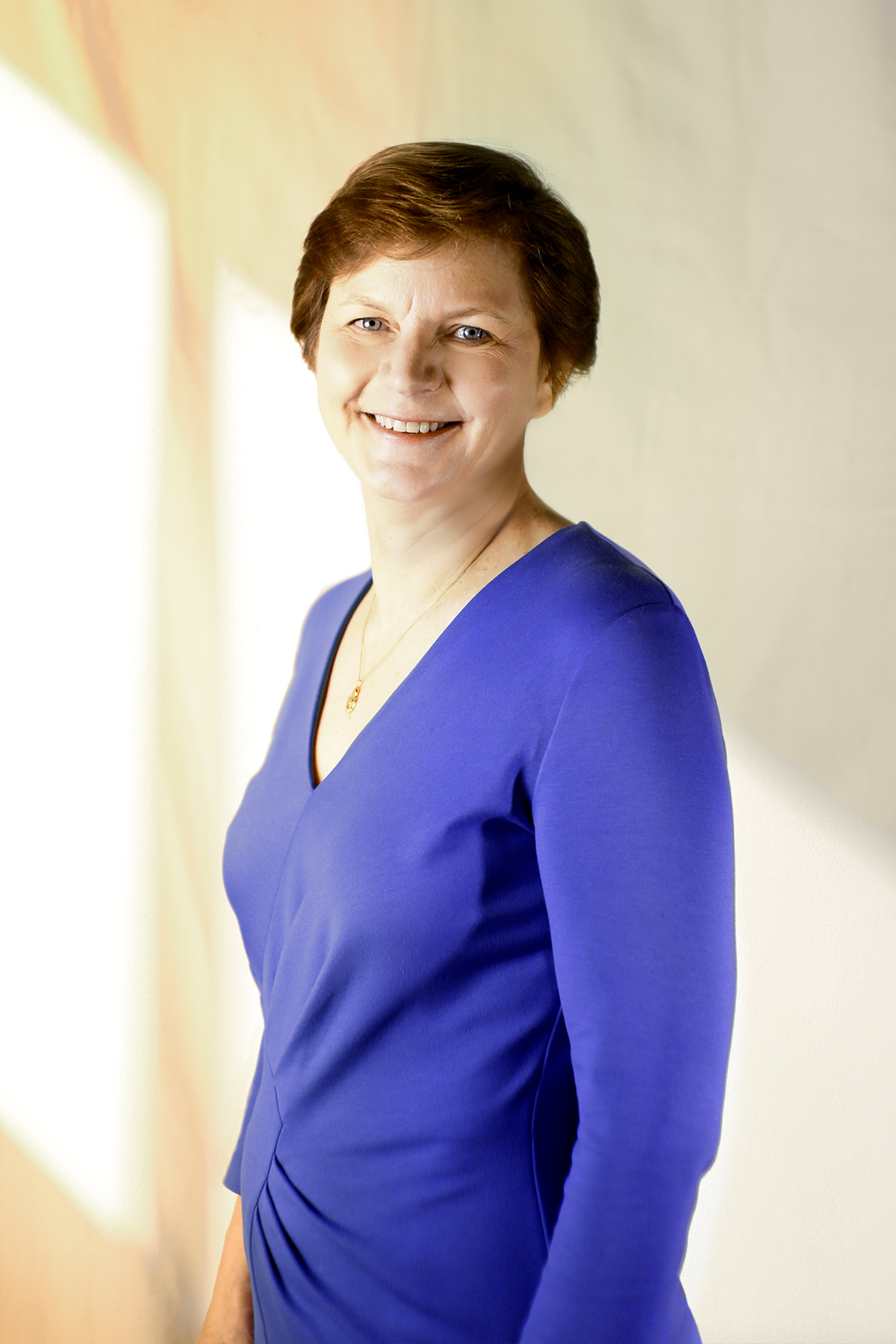 Multifamily Executive of the Year

Sue Ansel has spent a quarter of a century at Gables Residential, which manages more than 30,000 apartment units throughout the United States. This past year has been particularly eventful. In January, Ansel took the reins as chair of the National Multifamily Housing Council, which advocates for causes and works to solve challenges in the industry. And last fall, residents began moving into the long-anticipated Gables Water Street on Irving’s Lake Carolyn. With Water Street filling up, Ansel has turned her attention to Gables’ $800 million worth of development elsewhere, with projects spanning from Boston to Denver. “We have been a real champion of urban locations, and that’s reflective of the demand for the live-work-play environment,” Ansel says. “The biggest change within our industry that I’ve seen in my career—and it’s really a result of quality product—is that multifamily is now a choice for many residents. That’s a great thing to see across the country.” 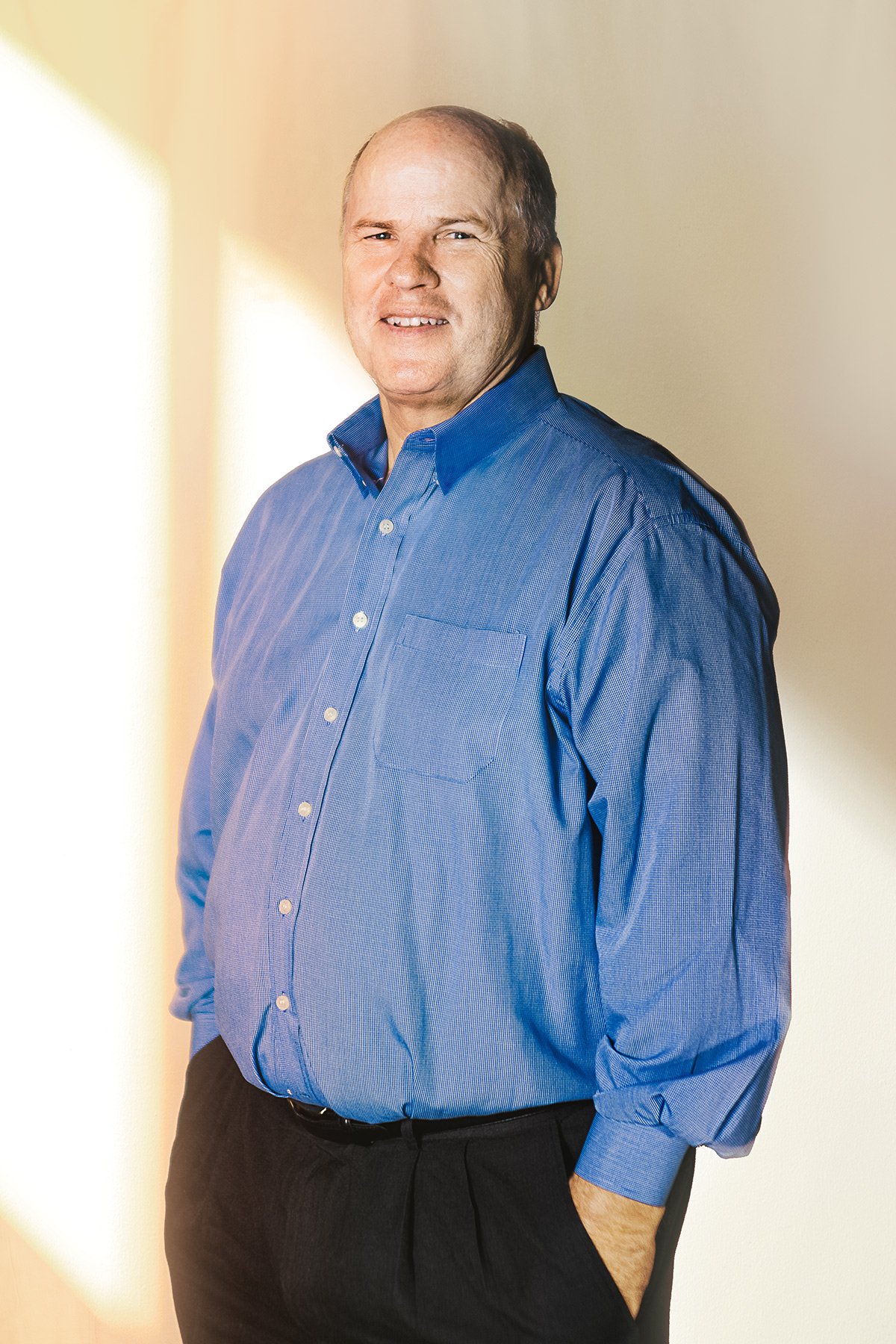 The Trendsetter Award is a long time coming for Jack Matthews, who has been defying conventional wisdom ever since coming to Dallas from his native Canada in the early 1990s. Back then, everyone was developing to the north. Matthews thought it made sense to head south. His SouthSide on Lamar was the first of several projects on the edge of downtown, where he now aims to develop a mixed-use station for the planned Houston-to-Dallas bullet train. “When I first moved to Dallas, my take was that there were a lot of great places that were not connected,” Matthews says. “Those connections are now happening; downtown has a bright future.” Although he has projects underway throughout the world, Matthews remains especially passionate about effecting change in Dallas’ southern sector. One of his most recent developments, Hutchins Gateway, does just that. The multifamily community brings more than 300 units of workforce housing to an area near the International Inland Port. Developed in partnership with the nonprofit Family Gateway, the project was led by Scott Galbraith, an old high school buddy of Matthews who, sadly and unexpectedly, passed away in August. 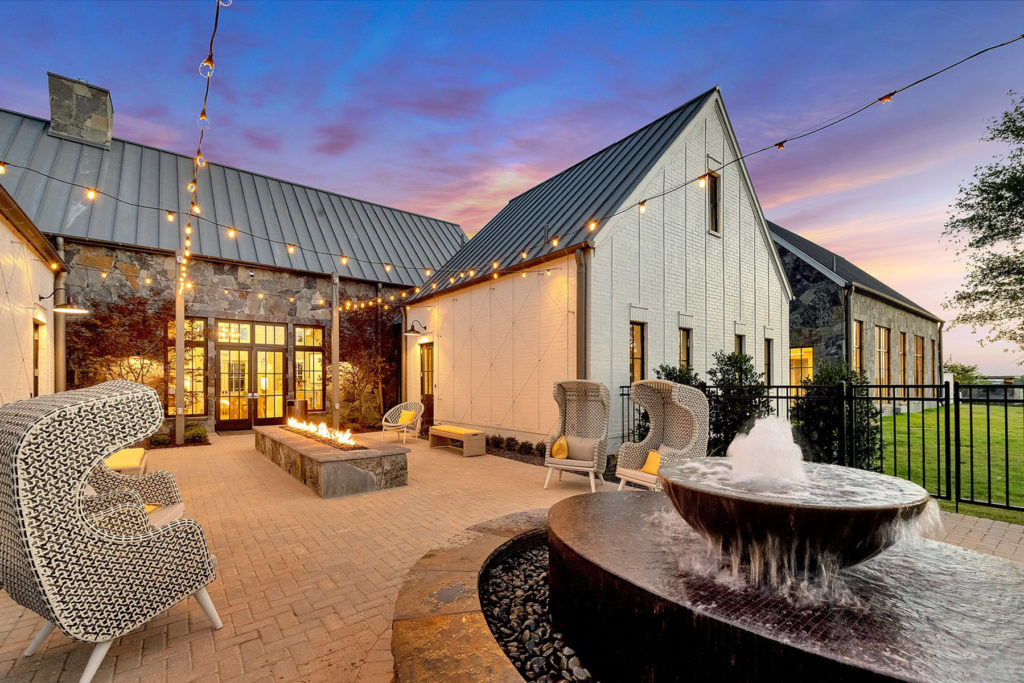 Single-Family Development of the Year

Nothing says “putting down roots” more than buying a new home. Newland Communities takes that concept to the next level at The Grove Frisco. Located a mile away from the “four corners” area where the boundaries of Frisco, Allen, Plano, and McKinney intersect, the 735-acre development opened this past summer. It features an Orchard House amenity hub (with a café and bakery), nearly 5 miles of nature trails, and homes from four area builders: American Legend, Drees Custom Homes, Highland Homes, and Southgate Homes. Prices range from the mid-$400,000s to the high-$800,000s. Newland spends a lot of time analyzing data to identify various buyer profiles and target its communities accordingly, says Brian Cramer, senior vice president. “Amenities have evolved,” he says. “It used to be golf courses and tennis courts. Tennis is coming back, but you won’t see a community built around a golf course anytime soon. It’s all about open spaces. Once upon a time, trails were nice to have; today, they’re No. 1 on the list and essentially required.” 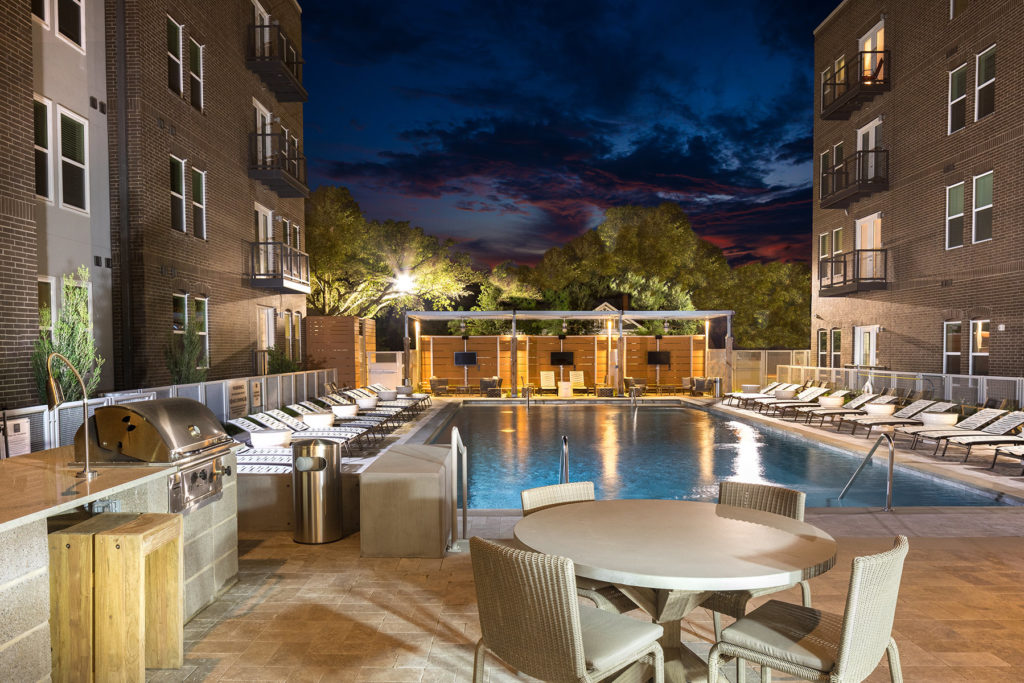 Davis at the Square

Multifamily Development of the Year: Mid-Rise

Developer Robert Shaw was a proponent of walkability decades before his contemporaries had ever heard of the term. An evangelist of urbanism icon Jane Jacobs, Shaw pioneered the concept in the 1990s with multifamily projects in Uptown. Davis at the Square in historic downtown McKinney is the latest in a string of successes for Shaw and his company, Columbus Realty Partners. “Our vision was to add to the existing fabric that’s already there and do it in a positive way,” he says. To build 300 apartments in a scale that wouldn’t be “out of whack,” Shaw continued the existing street pattern grid and broke the project down into smaller blocks. He worked closely with McKinney city officials, who were just as determined that Davis at the Square be done right. Renters began moving in earlier this year; nearly half of the residents are empty-nesters. “They want to live in a walkable village,” Shaw says. “I think it’s a trend that’s going to continue. It’s such a great lifestyle.” 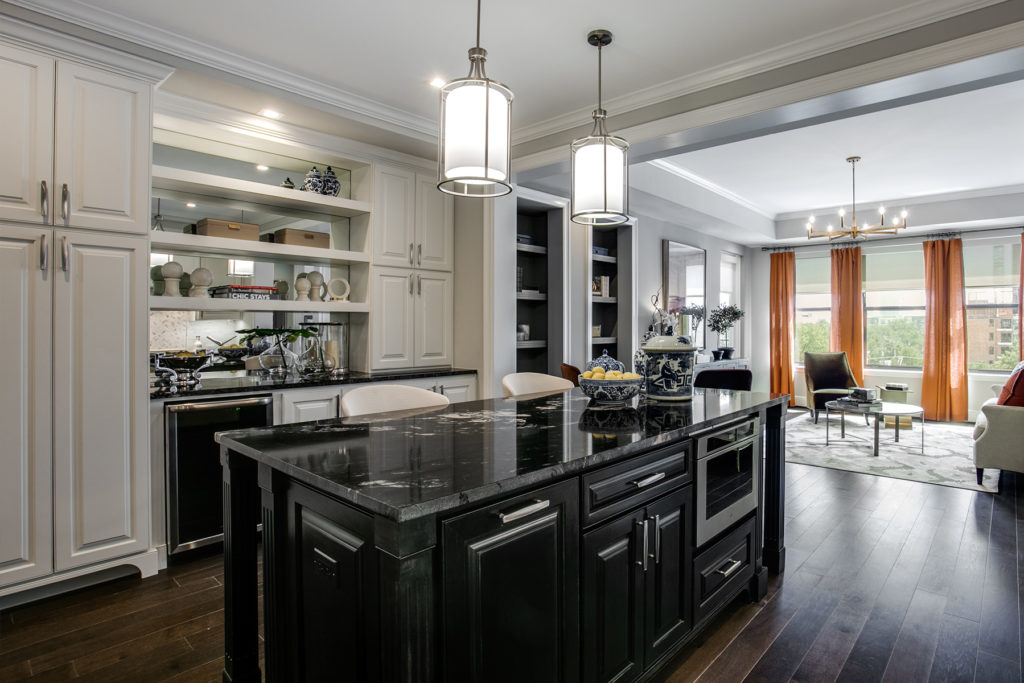 Multifamily Development of the Year: High-Rise

Formed in 2011, StreetLights Residential has quickly become one of the nation’s most formidable multifamily developers. Co-founders Doug Chesnut and Tom Bakewell have tapped into a fast-growing market—successful young professionals and baby boomers looking for the easy-breezy lifestyle of luxury for-rent living. And they’ve picked a great place to do it; according to RentCafe, Dallas has one of the fastest-growing baby boomer renter populations in the country. StreetLight’s latest project, The McKenzie, caters specifically to that crowd. The 22-story, 183-unit residential high-rise on Harvard Avenue offers an on-site concierge and valet parking, electric vehicle charging stations, a private boardroom, a pet park and spa, a resort-style pool, fitness center, and other nice perks. Nestled within the Knox-Henderson neighborhood just east of Highland Park, it also offers easy access to the Katy Trail and a wide range of restaurants and upscale retail shops. 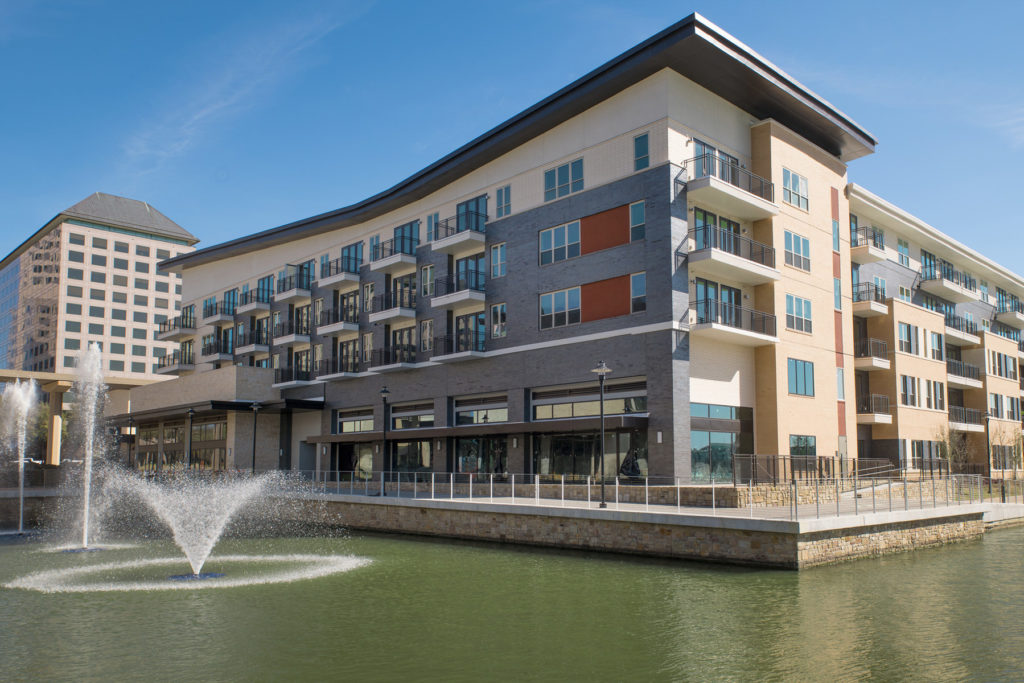 Multifamily Development of the Year: Mixed-Use

Location is a critical factor in determining a real estate project’s success. But timing is just as important. Gables Residential first readied plans for its Water Street community more than a decade ago. Then the Great Recession hit. After a long stall, construction finally got underway in late 2015. Today, Water Street is a bustling mixed-use community on the shores of Lake Carolyn. Situated on O’Connor Boulevard near State Highway 114, it includes 316 luxury apartment units and more than 60,000 square feet of retail space “It was a long time in the making,” says Sue Ansel, Gables’ CEO. “Part of that was influenced by the global financial crisis, and that had an impact on timing and design … But it allowed us to work closely with the city to create a product I think everyone is really pleased with.” Renters and tenants have responded in a big way. Less than 30 percent of residential units remain available, and the retail space is more than 70 percent leased, with tenants such as micro grocery store Big Little Market and We Yogis. 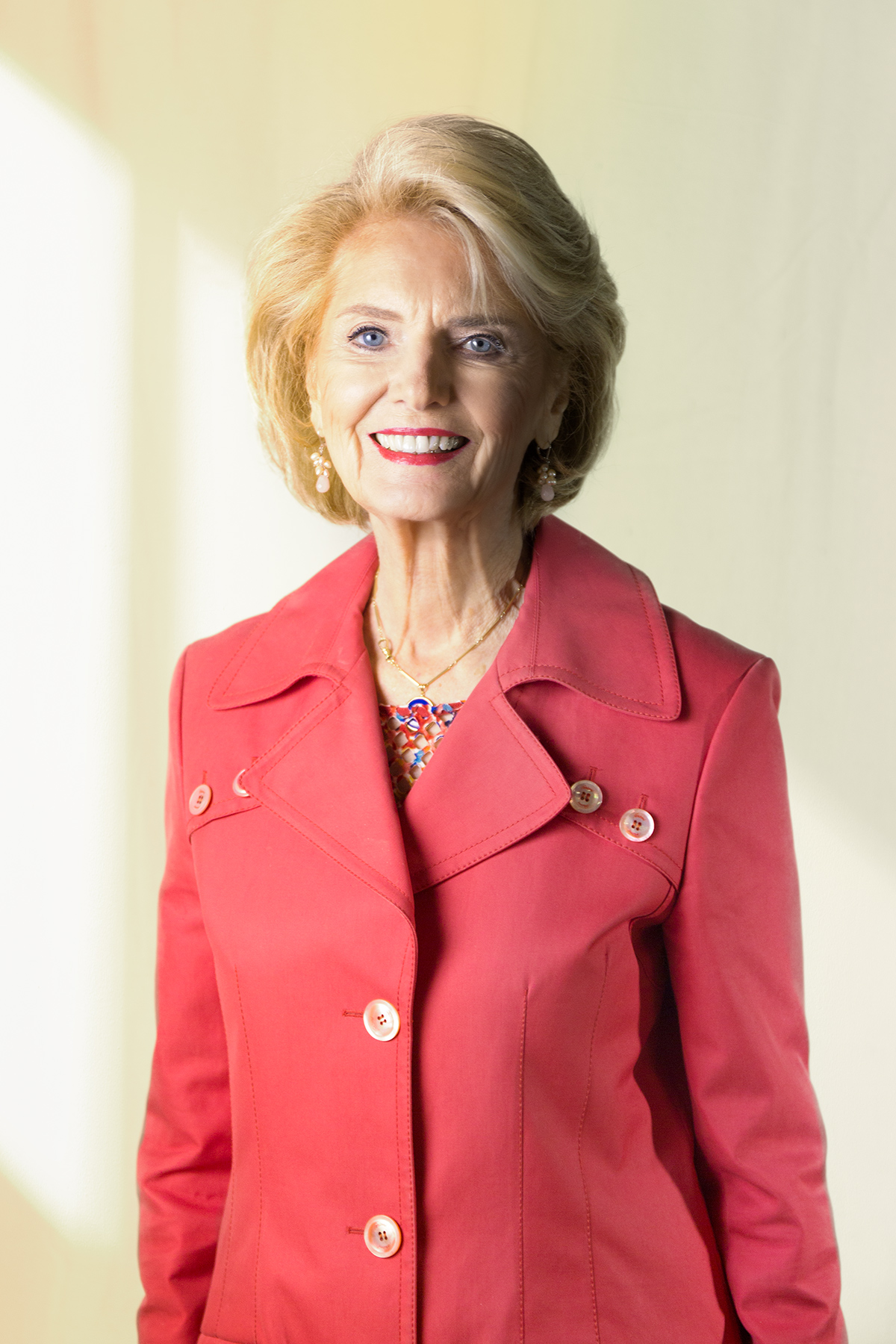 Allie Beth Allman didn’t have big career aspirations when she founded her firm in 1985. She simply had more work than she could handle by herself. But that hasn’t stopped the real estate agent extraordinaire from building an empire. And, despite selling to Berkshire Hathaway in 2015, Allman remains very much involved in day-to-day operations at Allie Beth Allman & Associates, where volume has increased 30 percent in the past year and transactions are up 18 percent. She says the smaller sales and first-time homebuyers are just as much fun as properties like the iconic Crespi Estate on Walnut Hill Lane, which is currently listed for $38.5 million. It’s a home Allman has now listed four times. But most rewarding, she says, is seeing the progress of agents who join her firm. “I’ve watched so many of them grow from being brand new to multimillion-dollar agents and producers,” Allman says. “We have a lot of momentum, and it’s just loads of fun.”