Why you need to know him: Because for the first time in its 70-year continuous operating history, Dallas-based Crow Holdings is being run by someone outside the legendary Crow family. As longtime CEO Harlan Crow, 68, stepped down—but continued on as chairman of the board—in November, Michael Levy, Crow Holdings’ new chief executive, took the reins of the organization’s many facets. Among them: investment management division Crow Holdings Capital Real Estate; multifamily office business Crow Holdings Capital Investment Partners, which advises and manages non-real estate wealth; and real estate development arms Trammell Crow Residential and Crow Holdings Industrial.

In 2014, Harlan Crow and the board began implementing a new strategic plan, which allowed them to “take a step back and look at … how the company could go on in perpetuity,” Levy says. Through that succession planning, Levy was invited to meet Crow at the company’s iconic Old Parkland offices in the fall of ’14. “[Harlan] was interested in me as a person. He wanted to know my values. It was a very powerful meeting,” Levy recalls. Then, almost as an afterthought, he says, “We talked a little about business.”

“I don’t sit around with Harlan and talk about profitability and returns; we talk about doing the right thing,” Levy says.

Though Levy’s character might have interested Harlan Crow most, his résumé couldn’t have hurt. Levy, who’s 51 and earned a bachelor’s degree from New York University’s Stern School of Business and a J.D. from Brooklyn Law School, spent nearly two decades at Morgan Stanley. There, he held several leadership positions, was deeply involved in the restructuring of the firm’s real estate activities in 2008, and later worked as its head of traditional asset management.

After many more meetings and introductions, Levy joined Crow Holdings’ executive team in November 2016, causing a lot of speculation that the organization had tapped its next CEO. Also as part of the promotion of Levy, longtime senior leader Anne Raymond transitioned to a board leadership role. Crow Holdings, which has real estate development offices from Seattle to Boston, manages $18 billion in capital across all its businesses and employs 450 people around the country, about half of them in Dallas.

After joining the team at Old Parkland, Levy spent the next 12 months getting to know the company’s board, investors, and employees. That slow integration has been “a hallmark in how to transition leadership,” Levy says. “I had a real luxury to get to know people without yet having to make tough decisions. That gave me a chance to build trust. … Not all companies have that luxury, but, if you have the time, I’d recommend it.” 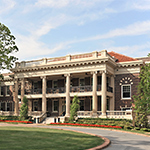 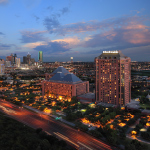 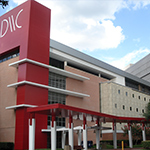 Though Levy says fitting in with Crow Holdings’ culture and character has been perhaps the most important aspect of his new role—“I don’t sit around with Harlan and talk about profitability and returns; we talk about doing the right thing”—he has several clear business objectives dictated by two trends: demographic changes and online commerce.

Demographic shifts—people marrying and having kids later, returning to rentals later in life, etc.—all support Crow’s multifamily strategy. “Due to experiences both young and older people want, coupled with the recent changes in the tax code—those all support the long-term trend of increased use of rental properties,” Levy says. “We will continue to grow investment in multifamily.”

And with the changing landscape of retail and industrial properties due to the rise of e-commerce, Crow Holdings sees “tremendous opportunity.” Very few institutional investors have the proper allocation of investment dedicated to industrial properties, Levy contends. But not Crow Holdings. By investing in and developing more modern facilities, Crow intends to meet the needs of users that require such facilities for automation.

Mindful of the rise in online commerce, Levy says Crow Holdings also is finding “small” retail attractive. “There are internet-resistant retailers all over this country,” he says. “We have dedicated investments around this strategy.” Crow looks for food and beverage, convenience, and service retailers in properties with strong demographics.

To demonstrate Crow Holdings’ dedication to its investments, the Crow family is a co-investor in virtually everything in the company’s portfolio. Investors range from foundations, endowments, pensions, insurance companies, foreign sovereign investment entries, and the occasional high-net-worth individual.

“We believe in what we do, and we’re excited about the returns,” Levy says. “That alignment, that co-investment, is important. … Since its inception, this organization has been a partnership between the family and the professionals who trust them.”