“I grew up in Chihuahua, Mexico. The reason I’m so attracted to Texas is because Chihuahua has the same idea of rugged individuality. That really helped in the spirit I bring to leadership. Mexico, for 71 years, was not really a democracy. There was a lot of movement to change that, and that came from Chihuahua. My parents were trailblazers. My mom doesn’t have a college degree, and my dad was a parent while he was going to college. I was a little bit of a surprise for my parents. My sisters are 18 and 15 years older than me. My parents thought they were home free, and I was like, ‘Hello!’ My sisters lived a lot of the struggles of my parents because they were so young when they got married. When I came along, my father was much more established. So I always felt so grateful for what I grew up with. Being the last kid, I always wanted to make my own space in the family. My grandfather used to always sit me on his lap on this big chair and tell me I could be whatever I wanted to be. I took it to heart. I wanted to be just like him. I grew up in a very conservative, Catholic family. But my father and grandfather saw in women that they could lead, which is very different than most people from Mexico. Mexico is still a very traditional place. Here I know women can do things. I’m going to take the bull by the horns because I know I wouldn’t have the chance at home.” 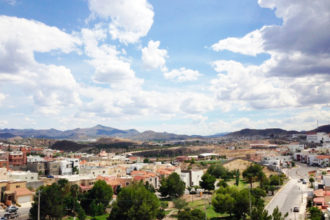 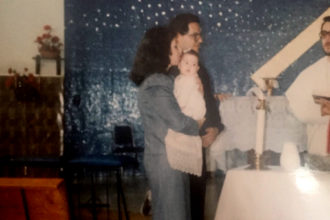 (Left to right) Chihuahua is the largest state in Mexico; A ‘conservative, Catholic family’ Though del Rosal grew up in engrossed tradition, her family broke the norms in what they thought females could accomplish.