Revenue at Dallas-Fort Worth middle market companies increased by a healthy median of 8 percent last year—the identical figure by which total compensation for the companies’ CEOs grew.

That’s one finding of D CEO’s eighth annual executive compensation report on DFW middle market companies (annual revenue of $200 million to $1.5 billion). The study, which included 47 firms based in North Texas generating a total of more than $27 billion in revenue, was conducted once again by Paradox Compensation Advisors, a Dallas-based consulting firm.

The firm’s report analyzes revenue, net income, and total CEO compensation (base salary, annual bonuses, and long-term incentives such as stock options and stock awards). To be included in the research, the company’s chief executive had to have been in place for the full year (or at least have provided sufficient information to project full-year pay). The analysis is based on the companies’ most recent full fiscal year.

Net income among DFW middle market companies rose a whopping median of 36 percent this past year, while revenue grew a healthy median of 8 percent. “The economics of these companies is clearly positive. The net income increase is the largest we have seen in the eight years the study has been conducted,” says Marsha Cameron, Paradox partner and co-founder. “However, these increases are not fully reflected in last year’s pay increases.”

The median dollar compensation change in the second-highest paying industry, technology, is partly driven by an increase for the CEO of Match.com. All other industries also increased median CEO compensation, except for financial services and business and professional services.

Base salaries for middle market CEOs rose by a modest 2 percent in 2016. Annual bonuses increased by 5 percent, though seven companies paid out no bonuses. The median increase in long-term incentives during the last fiscal year was 2 percent with, again, seven companies awarding none.

In the years since the survey began, more companies have been awarding long-term incentives regularly to the CEO, and the percentage of total pay associated with these vehicles (stock options, stock awards, etc.) has grown to a median of 46 percent.  As data on the following pages shows, total 2016 compensation for midsize company CEOs, top to bottom, ranged from $13.2 million for Basic Energy Services’ T. M. “Roe” Patterson to $375,000 for L. Allen Baker Jr. at BG Staffing.

*Executive no longer in this position 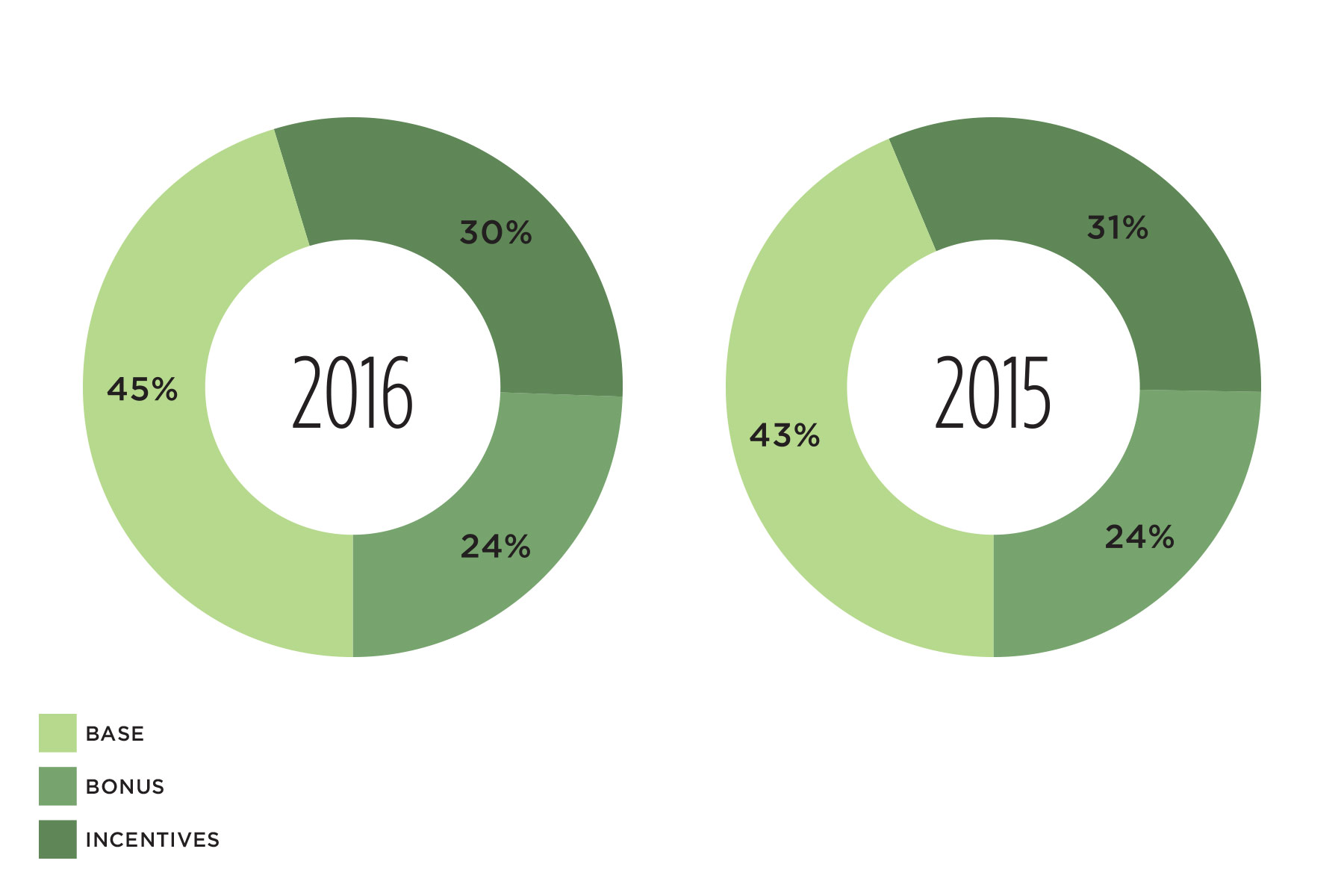