Meet the developers and developments that rose to the fore in Dallas-Fort Worth’s red-hot residential market.
By Glenn Hunter | November 13, 2017|9:00 am 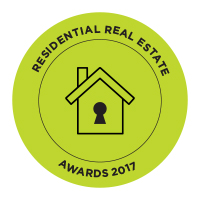 Sure, the rate of price increases for some single-family homes and apartments has cooled in North Texas as of late, and new multifamily permits here declined for the 12-month period ending in July. Even so, Dallas-Fort Worth remains one of the nation’s most robust markets for apartments and single-family homes. With employment and population growth continuing to stay strong, developers are still bullish overall about their North Texas prospects for the next year or so, at least. That may be why entries for our third annual Residential Real Estate Awards program were so strong. And why it was such a challenge, once again, to pick just a few winners. Their stories appear on the following pages. 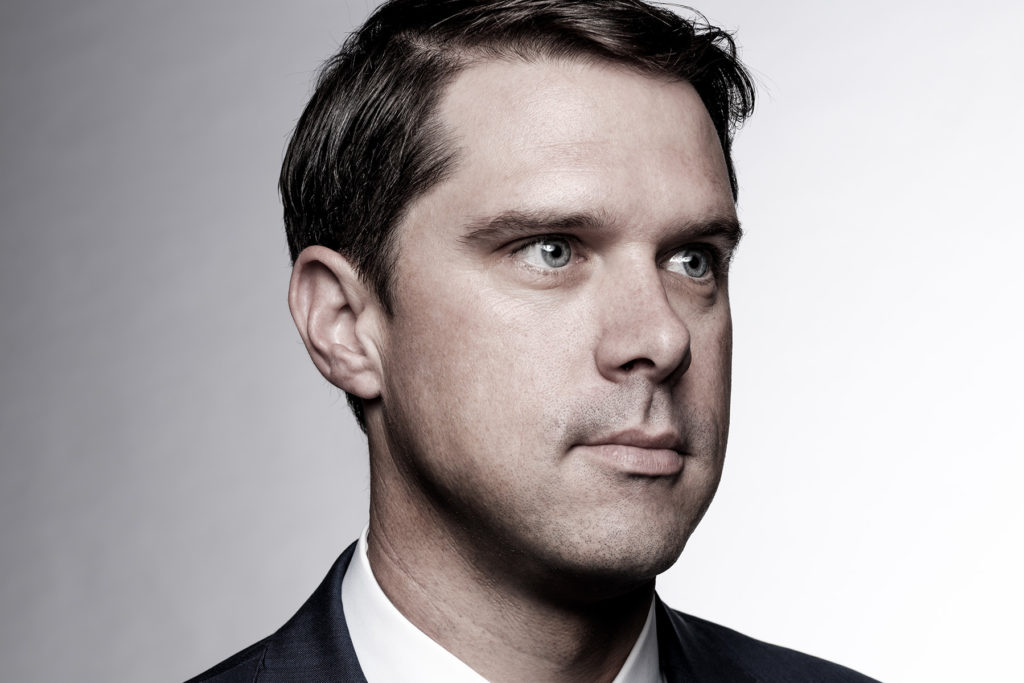 MULTIFAMILY DEVELOPER OF THE YEAR

With such iconic high-density, urban-infill projects underway as The Residences at Park District and M-Line Tower, High Street Residential and its principal, Joel Behrens, stood tall in 2017 in the Dallas-Fort Worth multifamily market.

Behrens serves as principal within Trammell Crow’s DFW business unit and of High Street Residential. There, he’s responsible for all the company’s multifamily activity in Texas. In DFW, Behrens is overseeing not only M-Line Tower and the Park District project—it will serve up 228 units once it’s completed next year—but the Residences at Legacy, the first-ever high-rise multifamily development in Plano. “The Residences at Legacy,” he says, “present a unique opportunity to provide luxury living comparable to Dallas’ Uptown submarket.” 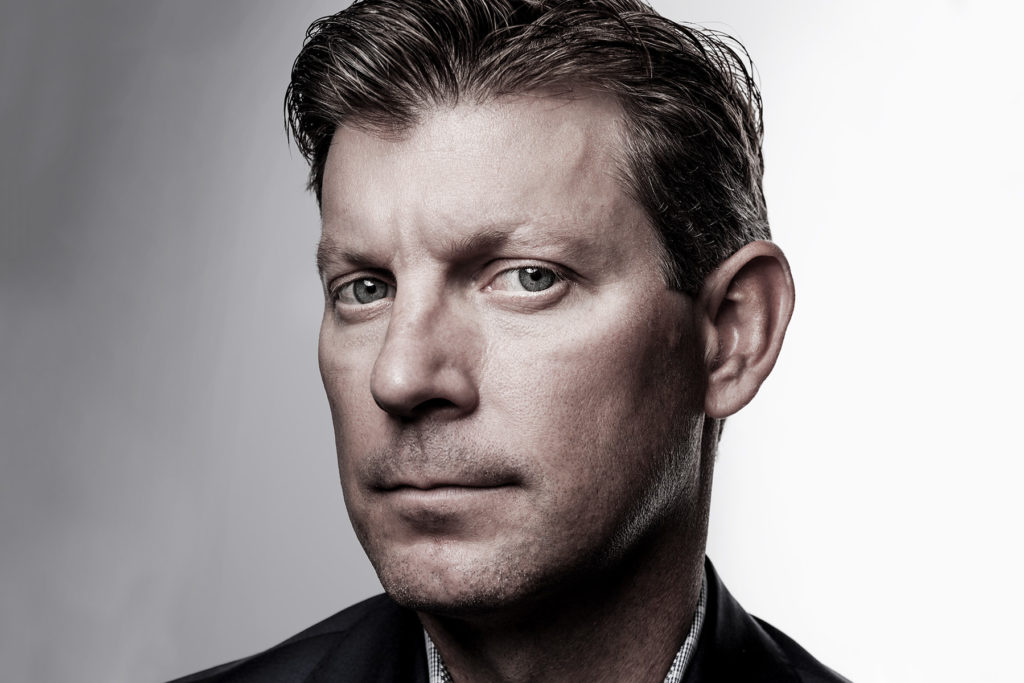 SINGLE-FAMILY DEVELOPER OF THE YEAR

Brian Cramer, senior vice president of Newland Communities, provides the leadership for Newland’s residential master-planned projects in North Texas, among other duties. Two of the company’s most impressive developments currently underway are Canyon Falls and Hollyhock.

The former spans 1,199 acres and three cities: Flower Mound, Argyle, and Northlake. Newland, which acquired Canyon Falls as a startup community from another developer, is working with at least nine builders—Highland Homes and Toll Bros. among them—and has put in an amenity center. ¶ Hollyhock, which sits off Teel Parkway and Panther Creek Parkway in Frisco, is a 400-acre master-planned community with a focus on art, from monuments to custom sculptures like a whimsical, 19-foot-tall dandelion. The community will include about 800 homes over time. 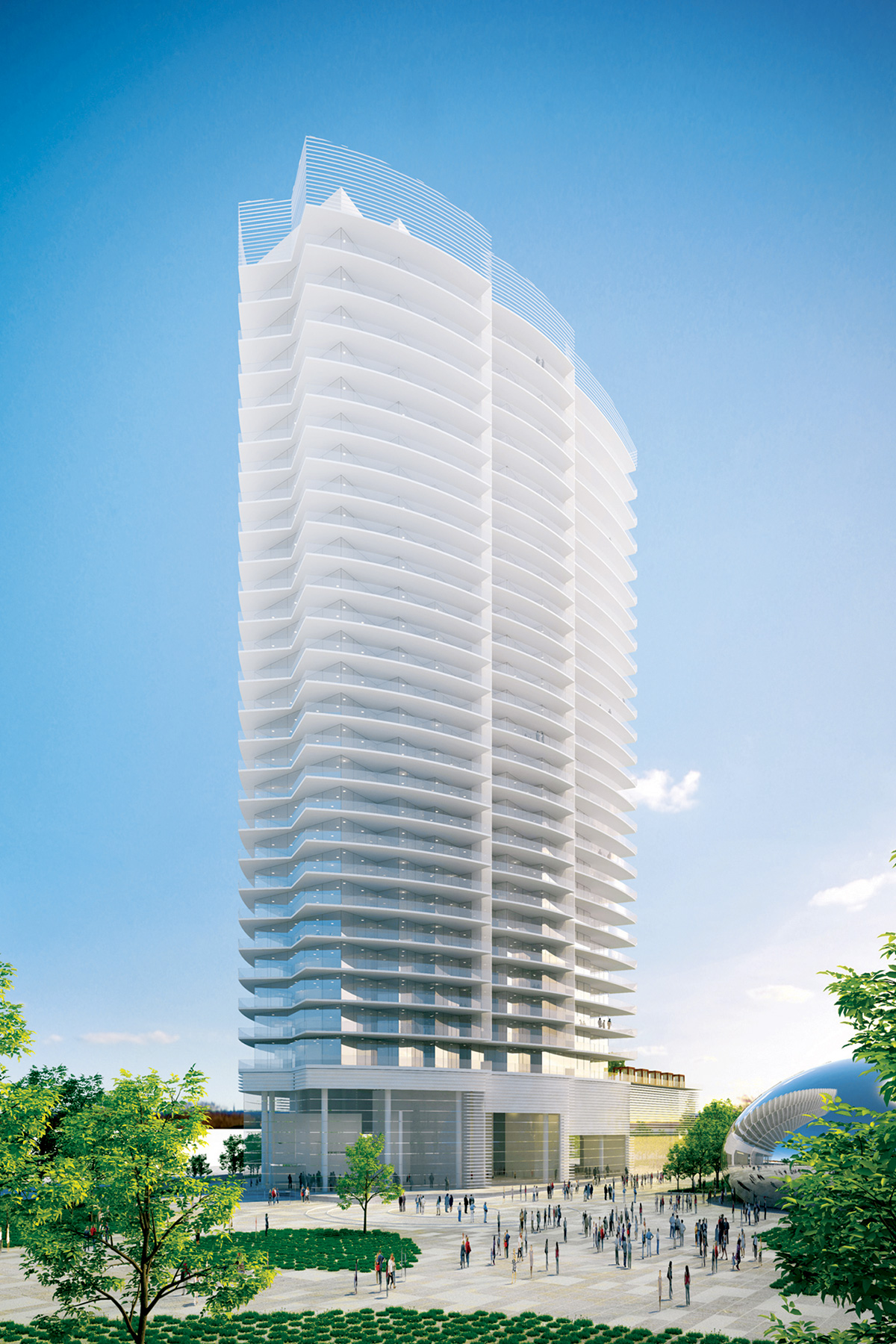 MULTIFAMILY DEVELOPMENT OF THE YEAR: HIGH-RISE 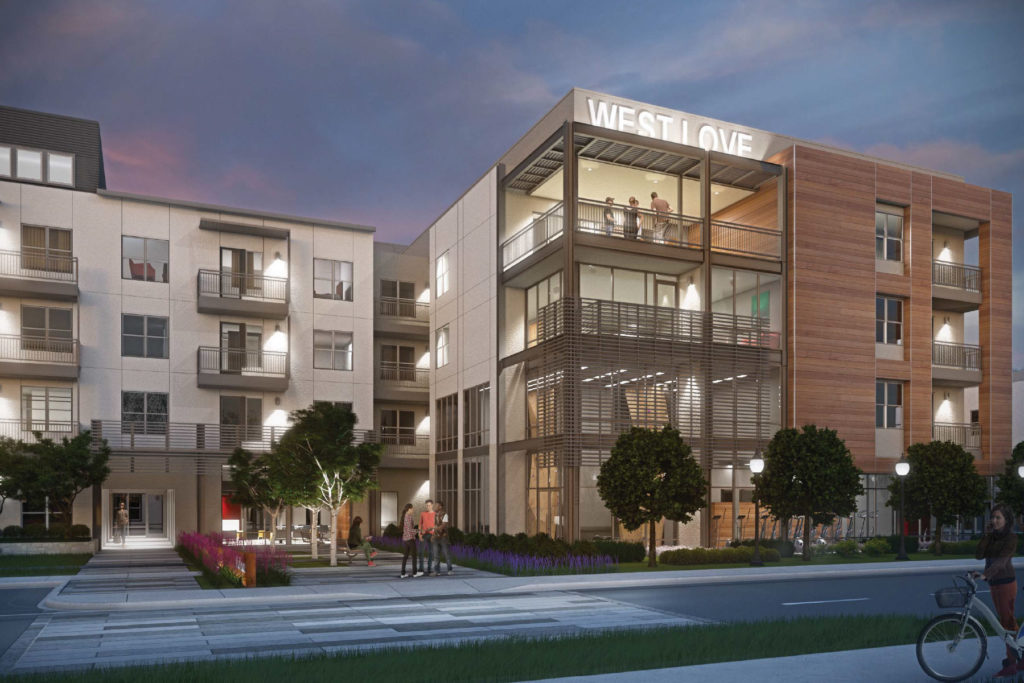 MULTIFAMILY DEVELOPMENT OF THE YEAR: MID-RISE

The 368-unit luxury apartment development called Jefferson West Love, designed by GFF Architects, will be a key component of the West Love community—a $200 million, mixed-use development located about half a mile from Dallas Love Field. ¶ Developed by Irving-based JPI and set on 5.8 acres in the Dallas Medical District, Jefferson Love West will offer amenities including a resort-style pool, a rooftop lounge, a yoga studio, and a state-of-the-art fitness center.

The upscale apartments, which are scheduled to be completed next summer, should have little trouble attracting tenants. At Dallas Love Field, for example, Southwest Airlines is expanding its headquarters and expecting to create 1,000 new jobs. Nearby Parkland Hospital, meanwhile, is creating up to 3,000 new jobs. 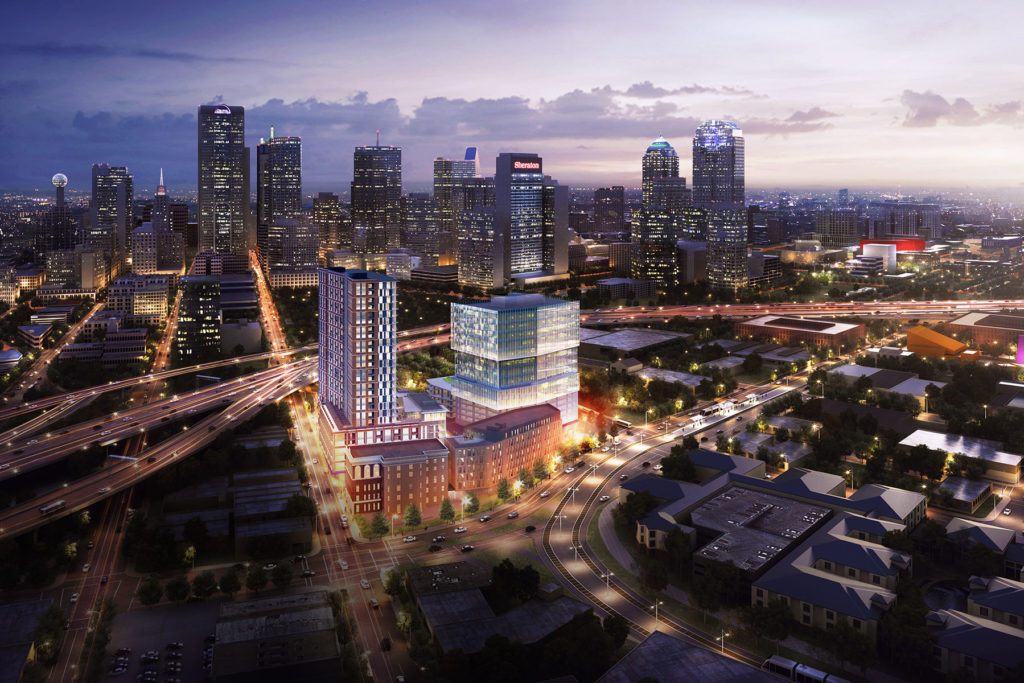 The Epic has been called a one-of-a-kind project that will marry the old with the new in Dallas’ iconic Deep Ellum District. Known until now mainly for its gritty vibe, Deep Ellum may start to be redefined by The Epic project—a twin-tower, mixed-use project set on 8 acres at the neighborhood’s west corner. A historic building called the Knights of Pythias Temple will be one part of the development, reimagined as a 164-room boutique hotel. The second part will be a new, 10-story office building designed with a series of overhanging sections, like a giant Jenga game. 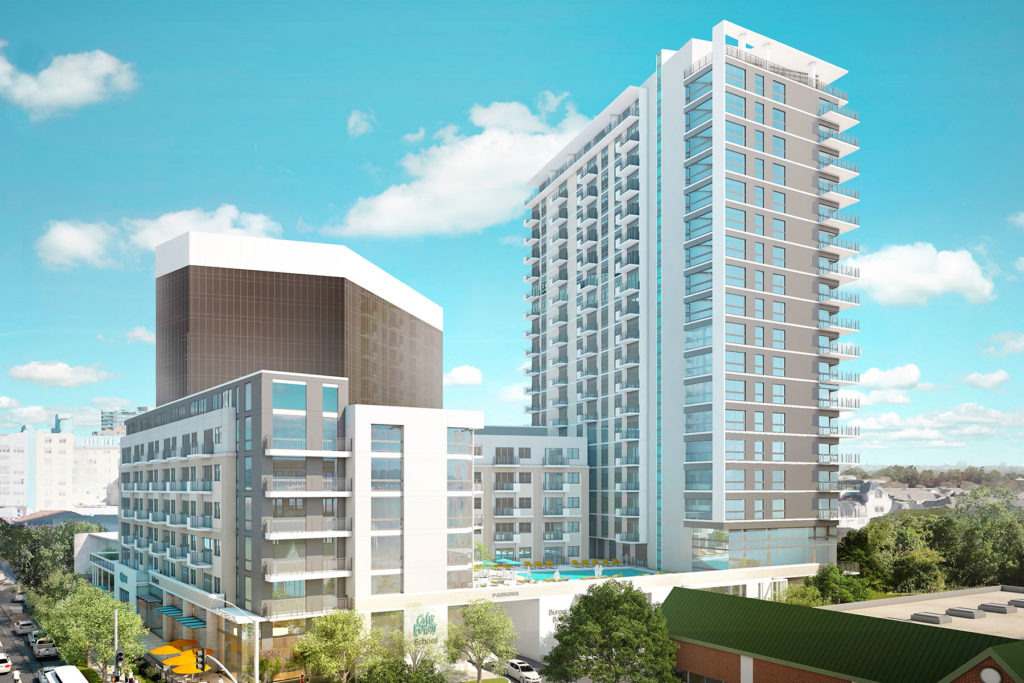 MULTIFAMILY DEVELOPMENT OF THE YEAR: MIXED-USE 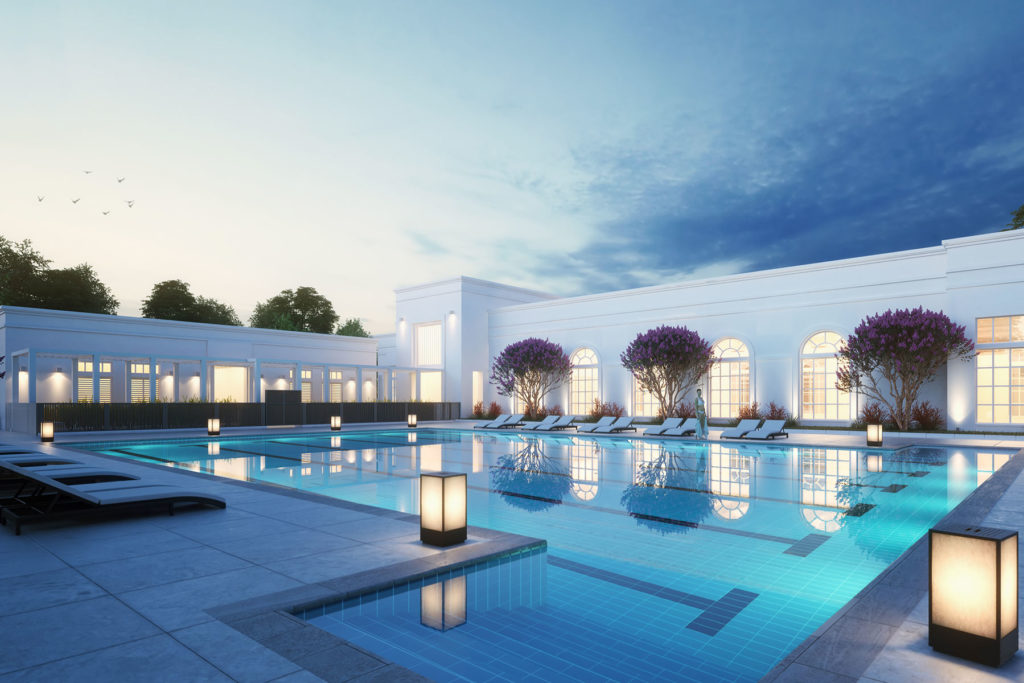 SINGLE-FAMILY DEVELOPMENT OF THE YEAR

Dallas-based Republic Property Group is turning 7,200 acres of the former Walsh cattle ranch 13 miles west of Fort Worth into a massive residential community that will take decades to fully build out. The 1,700-acre first phase will offer homes and amenities including a recreational lake, hiking and biking trails, an “urban market,” a co-working space, a pool, and a fitness center.

Once completed, Walsh is projected to include more than 18,000 homes and more than 50,000 residents, making it one of the biggest master-planned communities in North Texas. In addition to single-family homes put up by the likes of David Weekley Homes, the development will include schools and medical facilities. Under Jake Wagner and Tony Ruggeri, Republic Property co-CEOs, Walsh also will be wired for super-fast internet connectivity. 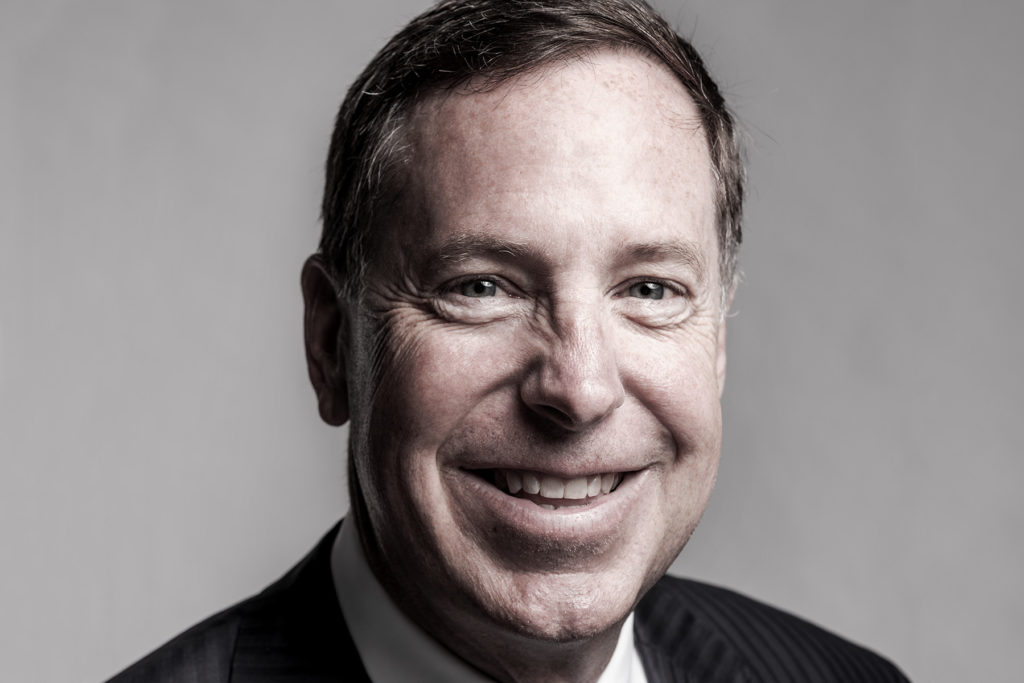 Dallas-based StreetLights Residential has quickly become one of the country’s Top 20 largest multifamily developers. Founded in 2011 by Tom Bakewell and Doug Chesnut, the company’s CEO, StreetLights focuses on developing high-density, upscale urban apartments. Since putting up its first multifamily project, The Taylor, in Dallas, the company has since expanded its work to Houston and Austin and four other states.

StreetLights’ vision starts with Chesnut, who’s been called the company’s “heart and soul.” His commitment to longevity and community-driven design has propelled the company from just two to 150 employees, plus 25 projects—more than 8,500 multifamily units—either completed, in progress, or projected. “We started asking, ‘What is endearing to a city?’” Chesnut told D CEO’s Kerry Curry. “If we can build density well, these buildings will be popular and will be even better places 10, 15, 20 years from now.”

All winners will be featured in the October issue and honored at an awards event in September.
By Carly Mann
Real Estate