“I grew up in Istanbul, Turkey, in a poor family. My father worked for a manufacturing holding company, and my mom was a homemaker. Our apartment barely had a kitchen, and we didn’t have showers to bathe in. Staying in a two-bedroom apartment with my parents, grandparents, and brother, I had to learn how to share. Even though my parents didn’t have an education or a lot of money, they gave me an unconditional love I’m grateful for. My parents encouraged me to do whatever I wanted and supported me in everything I did. One of the most important lessons I was taught at age 7 by my father was that once trust is broken, you can’t fix it. Respect, trustworthiness, and honesty are three important values instilled in me at an early age. Growing up in Istanbul, showing respect to everyone is important. No matter who a person is, show them the same amount of respect. The mailman, the CEO, the employee—it doesn’t matter who they are, respect them. I moved to New York City as a college graduate with only $100 in July of 1978 on a scholarship and was welcomed by everyone. In 1979, I moved to Dallas. Thirty-nine years later, I’m still here. The business opportunity here is amazing and I’m successful, but the unconditional love my parents showed me growing up in Istanbul gave me the solid foundation I still use today.” 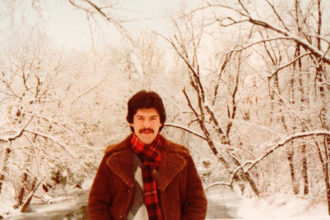 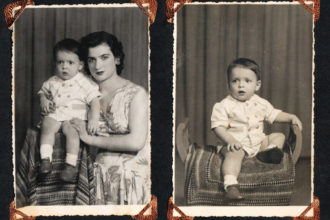 Karahan enjoys winter in New York City.; A portrait shows Karahan and his mother in 1957.