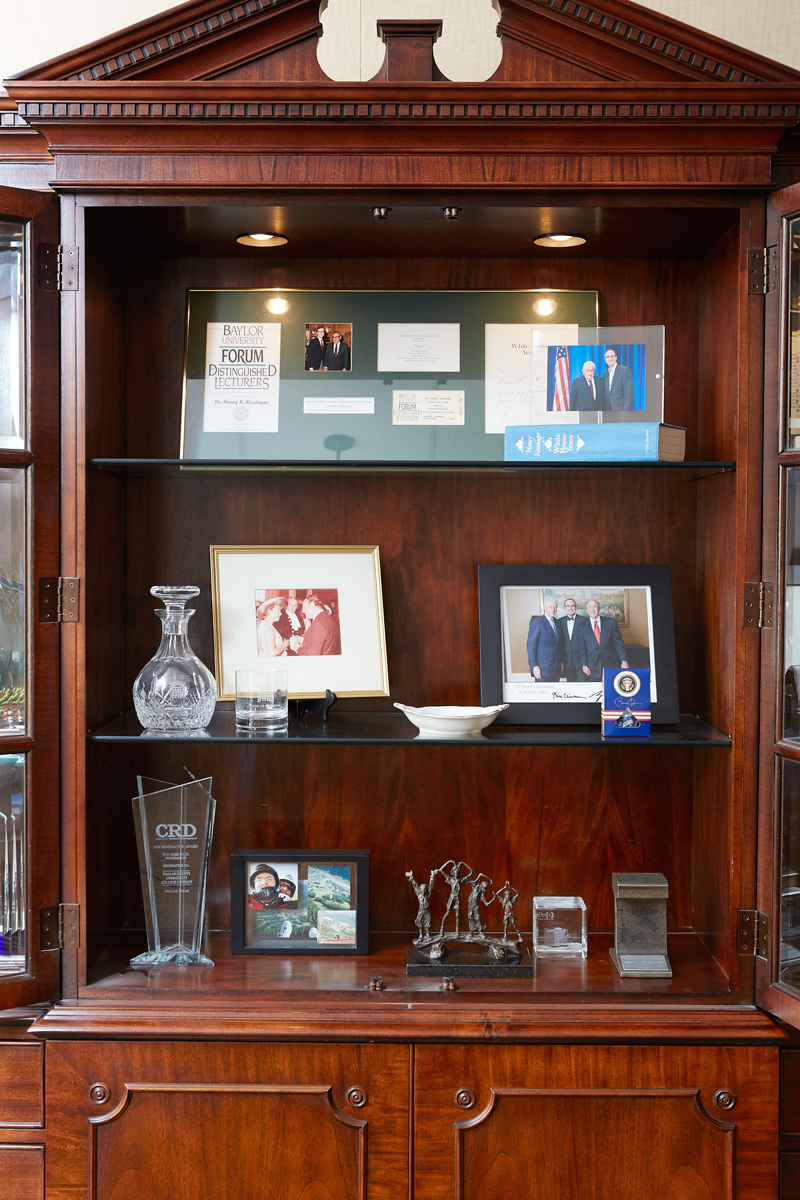 “This cabinet buffet is where I put the interesting photos, like the one with presidents Bill Clinton and George W. Bush. We made a grant to help start their leadership scholars program. Another photo shows Henry Kissinger, who came to Baylor in 1985 to kick off a distinguished lecture series that I helped start as a student.” Photography by Jill Broussard
Photography by Jill Broussard
Many know Brent Christopher for his success helming the Dallas-based Communities Foundation of Texas, which has $1 billion in assets. But others know him simply as “the guy who wears the bowties.” A graduate of The University of Texas School of Law, Christopher earned his master’s in political economy and political culture at the University of Nottingham in England and his BBA in public administration and economics from Baylor University. Prior to taking over at the 63-year-old, nonprofit CFT in 2005, he worked for Children’s Medical Center Dallas, Dallas Baptist University, and Cowles & Thompson PC. At CFT, Christopher was instrumental in jump-starting North Texas Giving Day, which has grown to become the biggest one-day community-giving event in the country. “In 2015, North Texans gave over $33 million in 18 hours to support thousands of nonprofit organizations,” he says. “We are going to beat it this year.”