Michael Sitarzewski never really has a typical day. The 47-year-old Arizona native runs his own technology startup, Epic Playground; serves as the publisher of the website Launch DFW; hosts Big D Open Coffee Club and Dallas New Tech events; and also is the president of the Cedars Neighborhood Association. Sitarzweski, who has founded eight companies, is a self-described startup evangelist. He can often be spotted in his regular garb of jeans, a hoodie, tennis shoes, and a backpack—where he carries his mobile office so he can get around by foot.

Wakes up and takes the No. 2 DART bus from his home in The Cedars to downtown Dallas. This is his second wakeup of the morning, as he typically logs a few hours of work between 1 a.m. and 4:30 a.m. “I write my best code at that time because no one is around.”

Starts his day at Serj Books, where he meets recruiter Robyn Swerdlin of Prestige Staffing to see how the two can help each other. (A comment he’ll make many times throughout the day: “So how can I help?”) 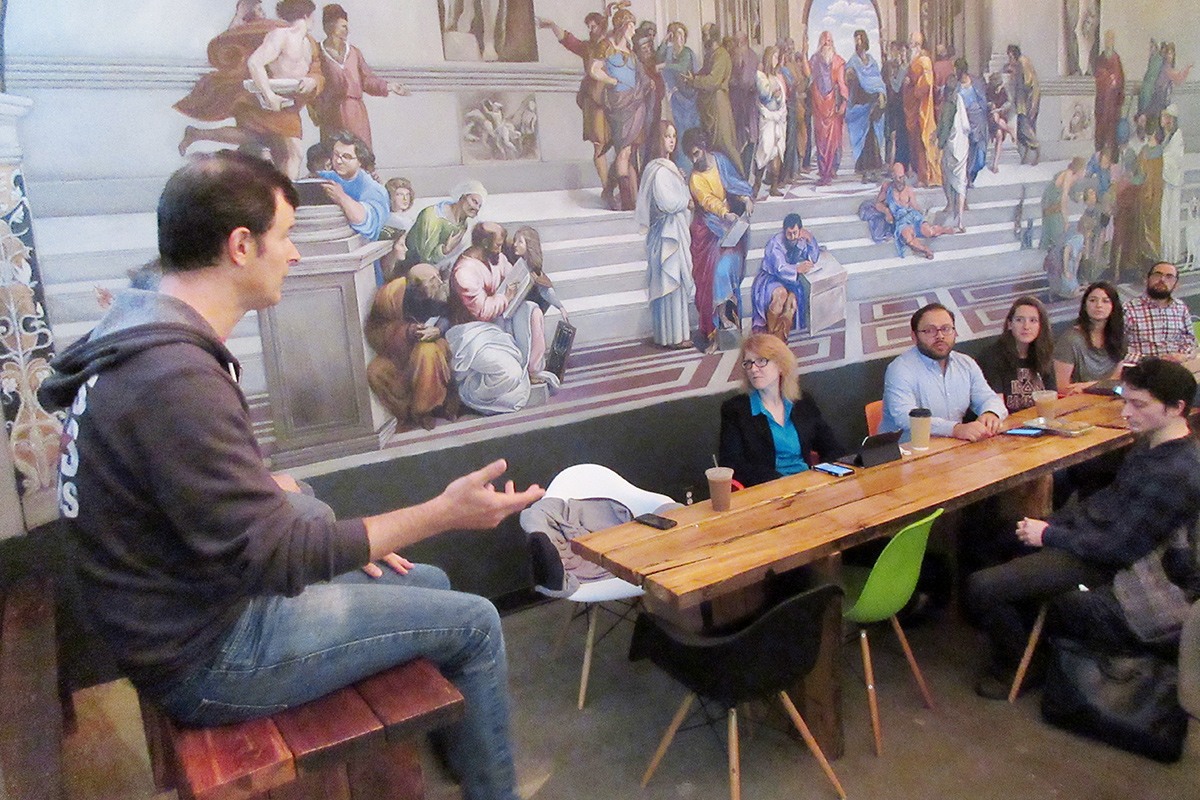 Hosts Big D Open Coffee Club, which he brought to Dallas in 2013. The club invites entrepreneurs and innovators to convene and discuss technology, business, jobs, and other hot topics. About 25 people attend the event at Serj. The original group spawned eight clubs across North Texas.

Walks to FedEx with attorney Neil Goro, who helps him facilitate a financial disclosure document for the city as it relates to his position on the Transit Oriented Development Tax Increment Financing District board.

Meets Sarah White, Launch DFW general manager, at Launch. There, he discovers he has received numerous media requests and social media buzz regarding his proposal for Dignity Field, a Grand Prairie site he hopes to develop into a resource center for the homeless displaced by the shutdown of Tent City. He also works through strategies for Launch DFW, Epic Playground, and numerous other activities in which he’s involved.

Has a private meeting with Launch DFW investors.

Takes an interview with The University of Texas at Austin radio station KUT 90.5, a member of NPR. Pacing back and forth, he fields questions about why he helped develop the Dignity Field concept, which he calls a pathway to putting people in homes. “We wanted to help contribute to the solution,” he says. “… This is not a money grab.”

Interviews with KRLD about Dignity Field. Antsy beforehand, he says, “I still have to code, write stories for Launch DFW. There’s no shortage of stuff to get done.”

Back at Serj, he meets Merry Miller, an entrepreneur he was told to meet by one of their mutual contacts. “Serendipity” leads him to take every meeting he can, he says, because he never knows who he might meet and what that might lead to.

Arrives at Flying Horse Café, where he orders a Hypnotic Donuts éclair and caffè americano. He finds a copy of The Dallas Morning News with the article covering Dignity Field on the front page of Metro, then spends the next two hours responding to social media comments and releasing his full proposed plan. “Well, that doesn’t happen every day,” he says. 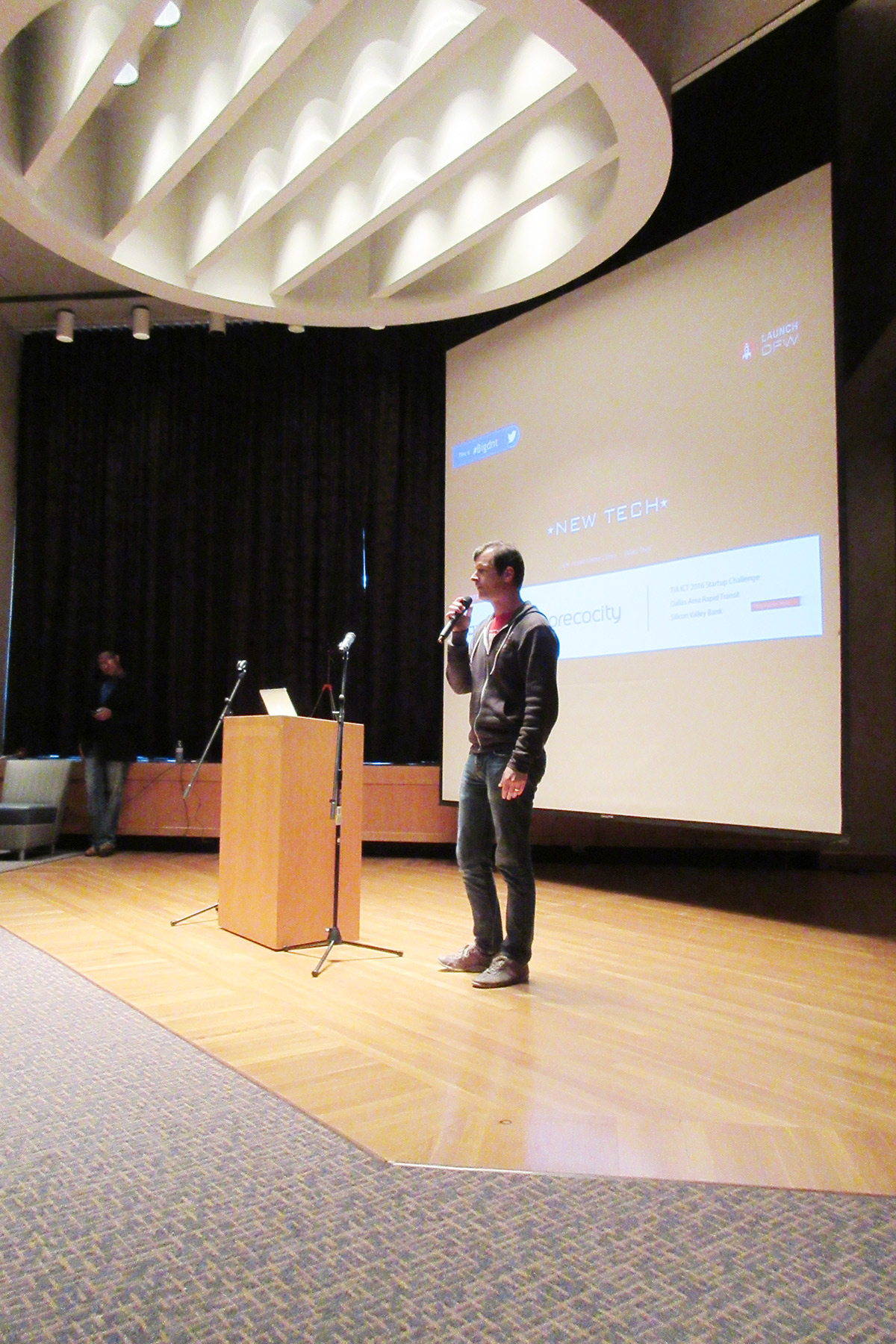 Wraps up networking at Dallas New Tech and catches a DART bus home.