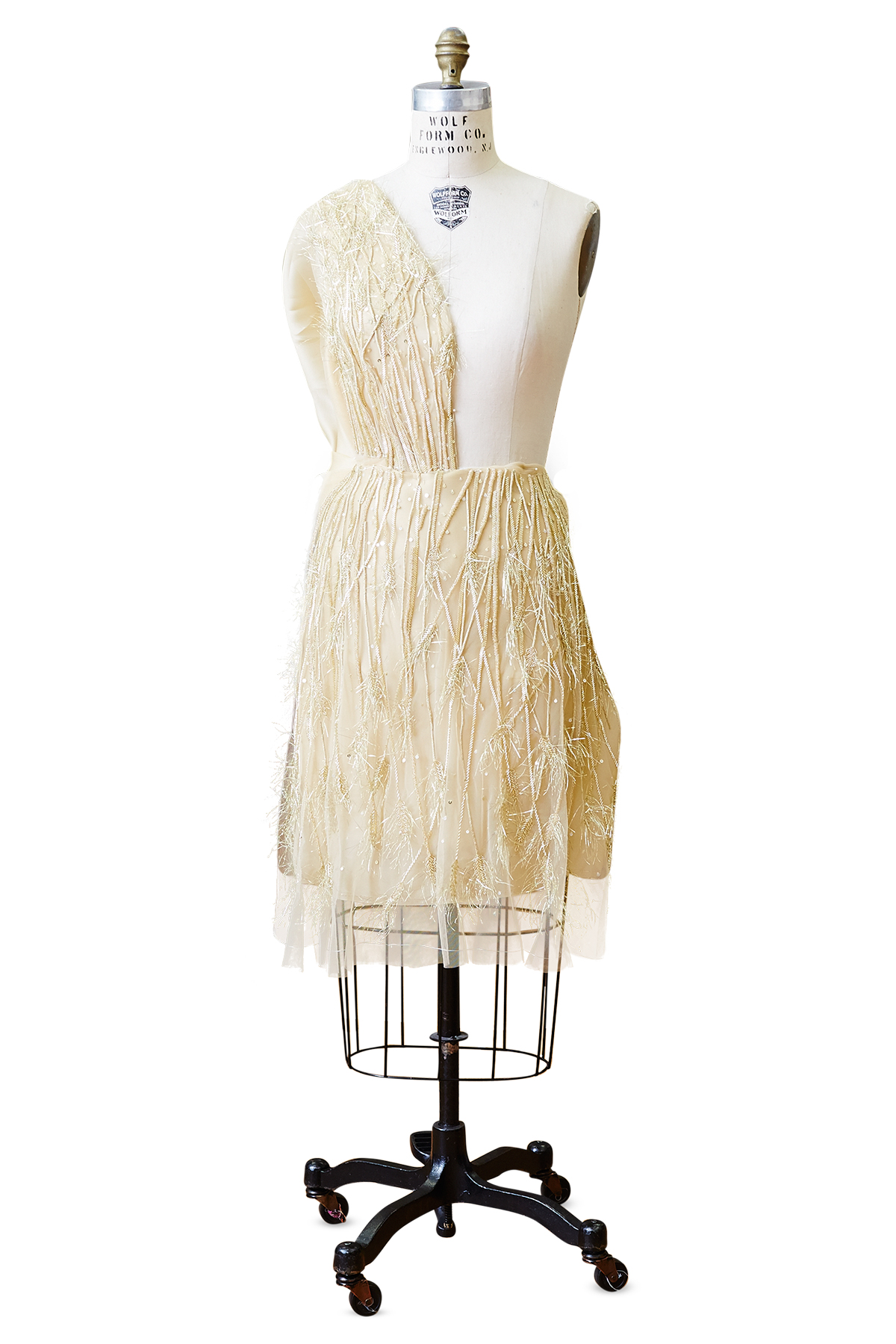 “This was designed for one of the Sweetheart Ball chairs, for the cocktail reception. I sent my pattern and artwork to the embroiderer in India. They sent it back, and we will cut and sew it. The project will take about two months.”
A native of small-town Texas, custom fashion designer Michael Faircloth  may be best known for designing the red couture gown that Laura Bush wore to George W. Bush’s first inauguration. He’s also designed for former Texas First Lady Anita Perry. Faircloth, whose office/workroom is in University Park, attended the University of North Texas’ fashion design program. He then worked at Neiman Marcus in Dallas before starting his business in 1984, when, he says, “shoulders couldn’t be big enough and sleeves couldn’t be puffy enough.” His customers have included many women on the Crystal Charity Ball’s annual 10 best dressed list—and one client who had an ostrich on her ranch. After the bird attacked the woman’s father, Faircloth recalls, she became so angry at the ostrich that she shot it and had it made into a skirt.