Roberts Trucking Inc. may not have become the largest African American-owned construction hauler in Dallas if it weren’t for the Great Recession. As the housing market collapsed and decimated consumer spending, Quincy Roberts spotted opportunities that emerged from President Barack Obama’s economic stimulus package.

Roberts, who trained to be an opera singer at Booker T. Washington High School and Indiana University, decided about 10 years ago to quit his singing career and take over the family sand and gravel hauling company in South Oak Cliff. Back then, the business was just a pair of rock trucks driven by his uncle and grandfather, who founded the company with Roberts’ grandmother in 1979. In 2004, his uncle became sick and died. His grandfather, who was approaching retirement, asked him: Do you want to keep the family business going? 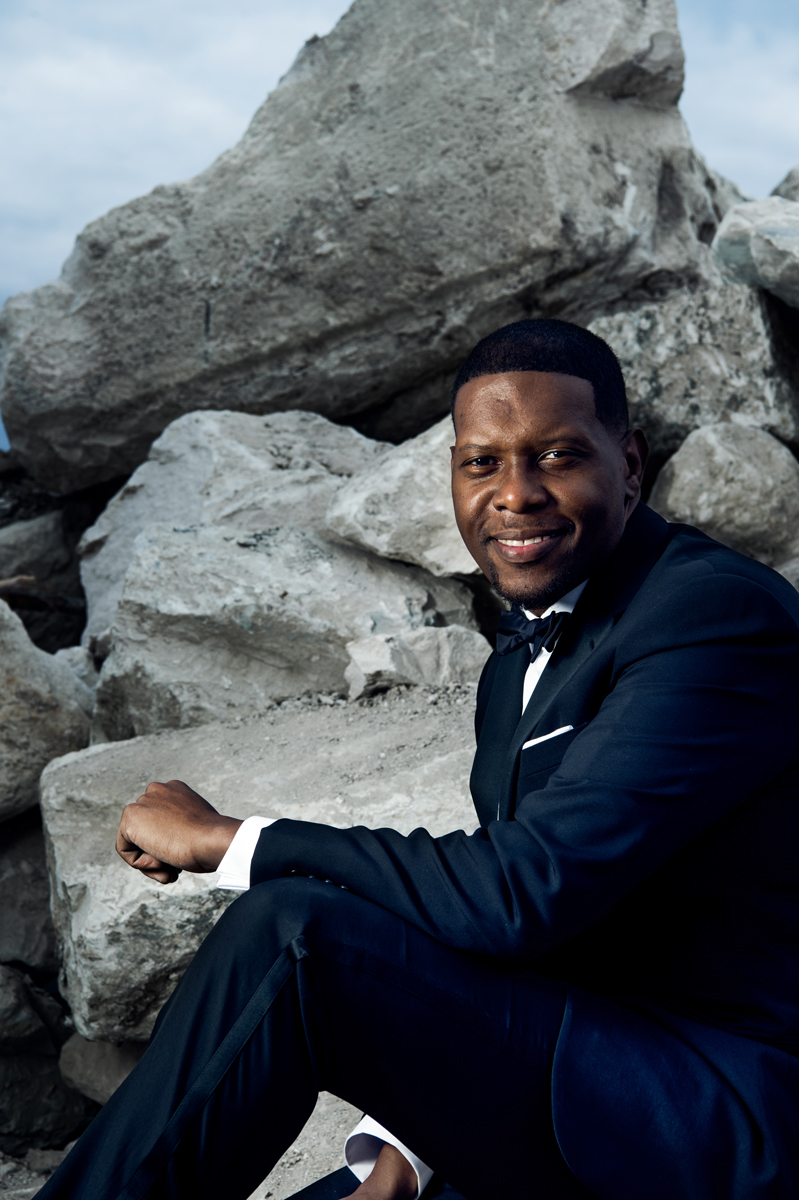 In 2006, Roberts began driving and learning truck mechanics while also learning how to chart financial plans, put together a balance sheet, and market his company. In those years before the recession took hold, Roberts Trucking made its money off truck brokers who would call with work. But in 2008, the phone stopped ringing. That forced Roberts to “get out in the street” and look for customers. “It was either that or go back to singing,” he says. “The recession gave me the drive to go out and find business on my own.”

In 2008, he landed a contract with the Dallas Independent School District to haul all of its aggregate. That caused, Roberts says, “an immediate jump.”

But there was still a problem. When the stimulus contracts became available around 2009, Roberts only had three or four trucks. The high-dollar projects called for at least 15. So Roberts bulked up his insurance and partnered with other owner-operators and minority businessmen who were in similar situations.

They pooled resources and targeted huge infrastructure projects. Roberts eventually won a contract to do all the hauling for the modernization of Love Field’s taxiways and terminals. The three-year project ended in 2015.

He has worked on some of the largest recent highway and infrastructure projects around Dallas-Fort Worth, including the LBJ Freeway express lanes and Tarrant County’s Chisholm Trail Parkway. He also helped in the renovation of Terminal E at Dallas-Fort Worth International Airport.

He’s currently hauling and performing on-site work for the repair of the Lake Lewisville dam. He’s also hauling for the major flood control project in Dallas known as the Mill Creek Tunnel, a job that entails transporting 90,000 truckloads of dirt and rock over the next two years.

“Being an exceptional team player has served him well.”

Today, Roberts Trucking has 27 full-time employees and uses about 100 contractors. It carries more than 1.5 million tons of aggregates annually and has more than $10 million in annual revenue, making it the largest black-owned construction hauler in the city.

“He’s a natural marketer,” says Lin O’Neill, the lead faculty member for the Goldman Sachs 10,000 Small Businesses program at the Dallas County Community College District. “Quincy, being a visionary, looked at the availability of government contracts, then formed this association with his competitors so he could be bigger and worthy of landing that business.”

Roberts also has an ace up his sleeve that his competitors lack. His arts training, O’Neill believes, helped mold some of the traits he’s used to his benefit in business. “When you’re part of a stage production, you have to make your own mark but you’re also part of a team,” she says. “Being an exceptional team player has served him well.”

And now, Roberts is returning to his roots. In 2008, he noticed the Dallas Opera was holding auditions for chorus members for a production of “Porgy & Bess”—the same George Gershwin opera he had heard as a 10-year-old that pulled him toward singing. “I was only going to do that one production, but the powers that be wouldn’t let me walk away from it,” he says.

Roberts now lends his bass voice to two Dallas Opera productions a year and has joined the company’s board of trustees.

“Once the opera bug bites you there’s no escape,” says Dallas Opera General Director and CEO Keith Cerny. He says chorus members like Roberts often have second jobs in arts-related endeavors. It’s rare that one would be running a sizable business.

Still, Roberts says he limits his singing so he can spend more time with his two young children. He also likes to get behind the wheel at least once a month and deliver a few loads. Drives are perfect for singing, and Roberts has parts to practice for two productions: Jules Massenet’s “Manon,” and the Jerome Kern and Oscar Hammerstein II musical “Show Boat.” So if you’re stuck in traffic and hear an operatic voice booming from the rock truck in the next lane, don’t be surprised. “If it’s a deep bass voice,” Roberts says, “it’s probably me.”