Make no mistake: Those involved in North Texas residential real estate are thrilled with the robust job growth, corporate relocations and expansions, and demographic shifts pushing thousands into new homes and apartments. It’s all creating significant increases in both sales prices and rents. But the fervent demand also is putting immense pressure on developers and builders to crank out new product, and on agents to secure and close sales.

Like other major metros, Dallas-Fort Worth has seen housing market swings before. But this upturn is unchartered territory, Briggs says.

“I can’t ever remember a cycle like the one we’re in now,” he says. “There is so much growth in Dallas and Fort Worth, in all directions. And it doesn’t seem to be false growth—it’s all real. Toyota’s headquarters, Liberty Mutual, Facebook coming into Fort Worth—it’s not speculative. On top of that, the growth of the medical industry is phenomenal, with all of the new hospitals.”

It’s created the false impression, though, that real estate agents have hit easy street. In reality, they’re working harder than ever. Briggs says: “If they have clients trying to find something in the Plano-Frisco area, a home might have 15 contracts on it.”

Lot developers and homebuilders are doing their best to boost inventory. They’ve been stymied, however, by a shortage of construction workers, spiking land and materials costs, and the torrential rain that swept through earlier this year.

“That put the builders behind by two or three months,” says Ted Wilson, principal at Residential Strategies Inc. “They all have huge backlogs and are scrambling to get units built.”

The Great Recession pushed construction laborers to get into other lines of business. Many migrant workers went back to Mexico—and they’re finding it more difficult to return to the states. On top of that, owners of what are typically family-run subcontracting companies are dealing with offspring who want to get desk jobs instead of working in the trades. “It’s encouraging, because it shows the American Dream is alive and well, but who is going to fill these jobs?” Wilson says. “Politically, we should be making it easier for Mexican workers to come here, not harder. They are not heralded in our society, but these workers perform a vital role in making the wheels turn every day.”

Another challenge for developers is securing approvals from municipalities, says Fred Balda, president of Hillwood Communities. “Cities got skinny in the downturn and don’t have enough people to process designs, engineering, and entitlements,” he says. “We’re doing about 2,000 lots a year locally. We could easily double that and still not meet demand.”

The dearth of single-family homes is creating even more customers for multifamily developers, which are already getting plenty of business from millennials. “Without multifamily, the housing shortage in North Texas would be exacerbated,” says Steve Bancroft, senior managing director of development for Trammell Crow Residential. “By most accounts, this is the best multifamily market that Dallas-Fort Worth has ever seen.”

Millennials, which the government defines as those born between 1980 and the mid-2000s, are packing a one-two punch. Not only are millions hitting that magic 22-year-old mark—prime time for apartment rental—but older millennials are delaying milestones like marriage and home ownership. Many are opting to pay off student loans first, and rigorous lending requirements are making it more difficult for first-time buyers to qualify.

It’s the baby boomers, though, who will drive multifamily demand in the future. According to a recent report from the Federal Reserve Bank of Kansas City, older Americans are “increasingly downsizing,” especially as they enter their 70s. The oldest boomers will turn 70 next year.

Sue Ansel, president and CEO of Gables Residential, says her company is experimenting with bigger floorplans to meet the needs of baby boomers. “As an industry, we haven’t done a good job of providing the size of apartments that generation wants,” she says. “They’ve accumulated things that don’t necessarily fit into an 800- or 900-square-foot apartment home.”

StreetLights Residential’s newest project, The McKenzie, a 22-story high-rise at Harvard Avenue and Tracy Street in the Knox-Henderson area, is designed to cater to that emerging base with much larger units, higher-end finishes, and amenities like concierge and valet services. “It’s really for residents who would choose to sell their homes and have this as a rental option,” says Doug Chesnut, StreetLights’ CEO. “In our experience, this market has not been tapped, outside of the northeast and in places like San Francisco and Los Angeles.”

Even with brisk development, demand has pushed North Texas apartment occupancy to 95.5 percent, according to statistics from Axiometrics Inc. Annual rent growth in Dallas came in at 6.4 percent in June.

“When we project the top-performing markets for rent growth and occupancy, typically they’re on the East Coast or West Coast,” says Jay Denton, senior vice president at Axiometrics. “Now Dallas is up there with that group, and we expect that to continue going forward.”

Rent growth is expected to moderate to around 4 percent over the next three years, but ongoing increases likely will compel renters to begin considering other options. Some, Denton says, will look at doubling with a roommate. It could also push more renters into—you guessed it—home ownership.

But affordability is a looming concern for the single-family market, too. Interest rates are bound to tick up, says Wilson of Residential Strategies, and another 15 percent increase in housing prices would not be surprising. “The impact of those two increases means a typical payment for the same house could become 25 percent higher than it is today,” he says. “Builders are looking at the situation and scratching their heads. The hope is that, with the very tight employment situation we have right now, increases in wages will be forthcoming.” 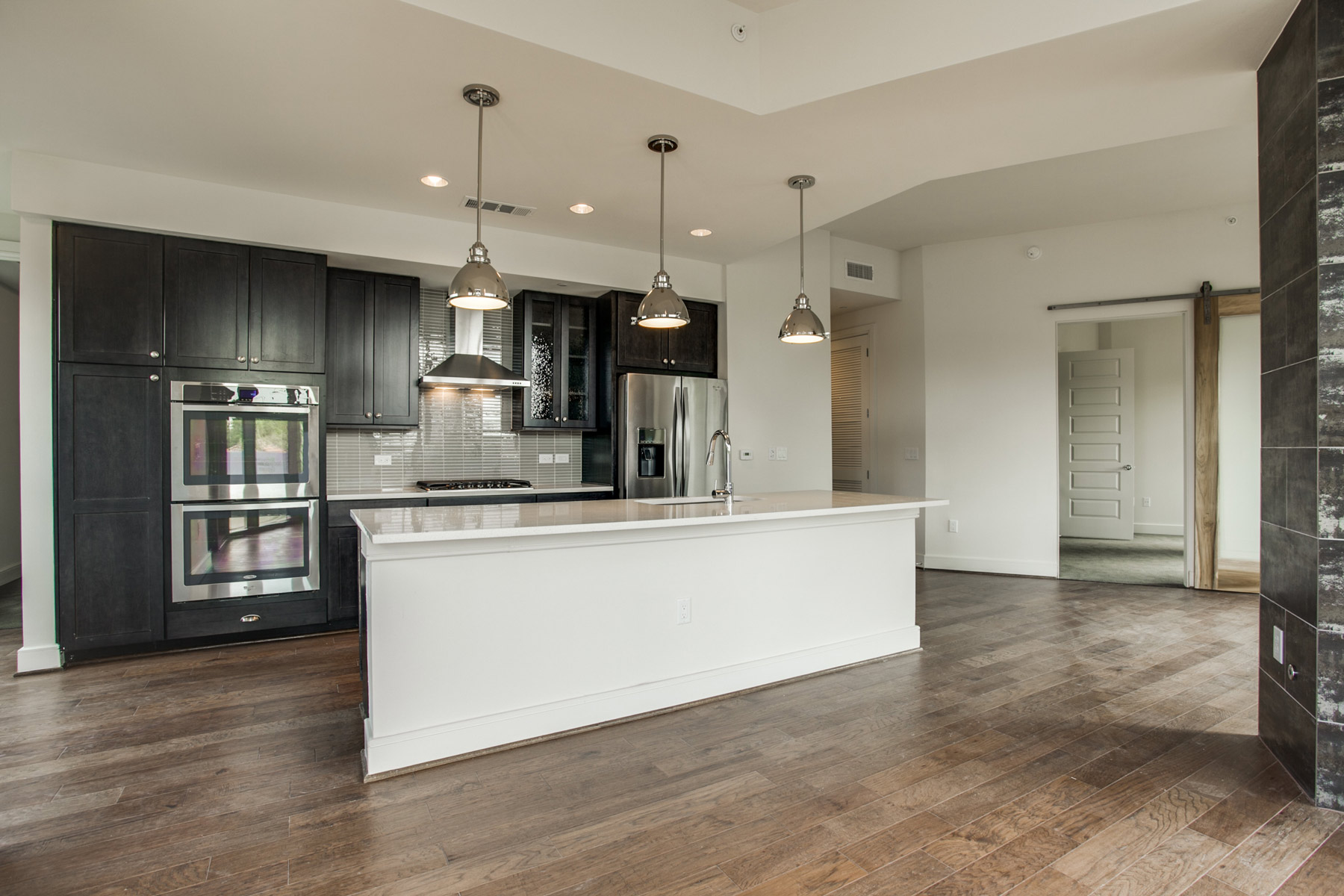 Fifteen years ago, Gables Residential revamped its development strategy, deciding it would build only in high-job-growth markets where there’s economic diversity. Within those markets, says President and CEO Sue Ansel, it would focus on “established premium neighborhoods, like Uptown, where there’s a live-work-play environment … places where people are renters by choice.” That strategy is exemplified in Gables McKinney Ave., an eight-story, 222-unit residential tower built atop a 38,000-square-foot Whole Foods—the first project of its kind in North Texas. Opening this fall, the development also features 17 townhomes, built to “ease the transition” from the State Thomas historic district to the high-density tower on McKinney Avenue. “It has required a lot of effort, but we couldn’t have asked for a better outcome,” Ansel says. 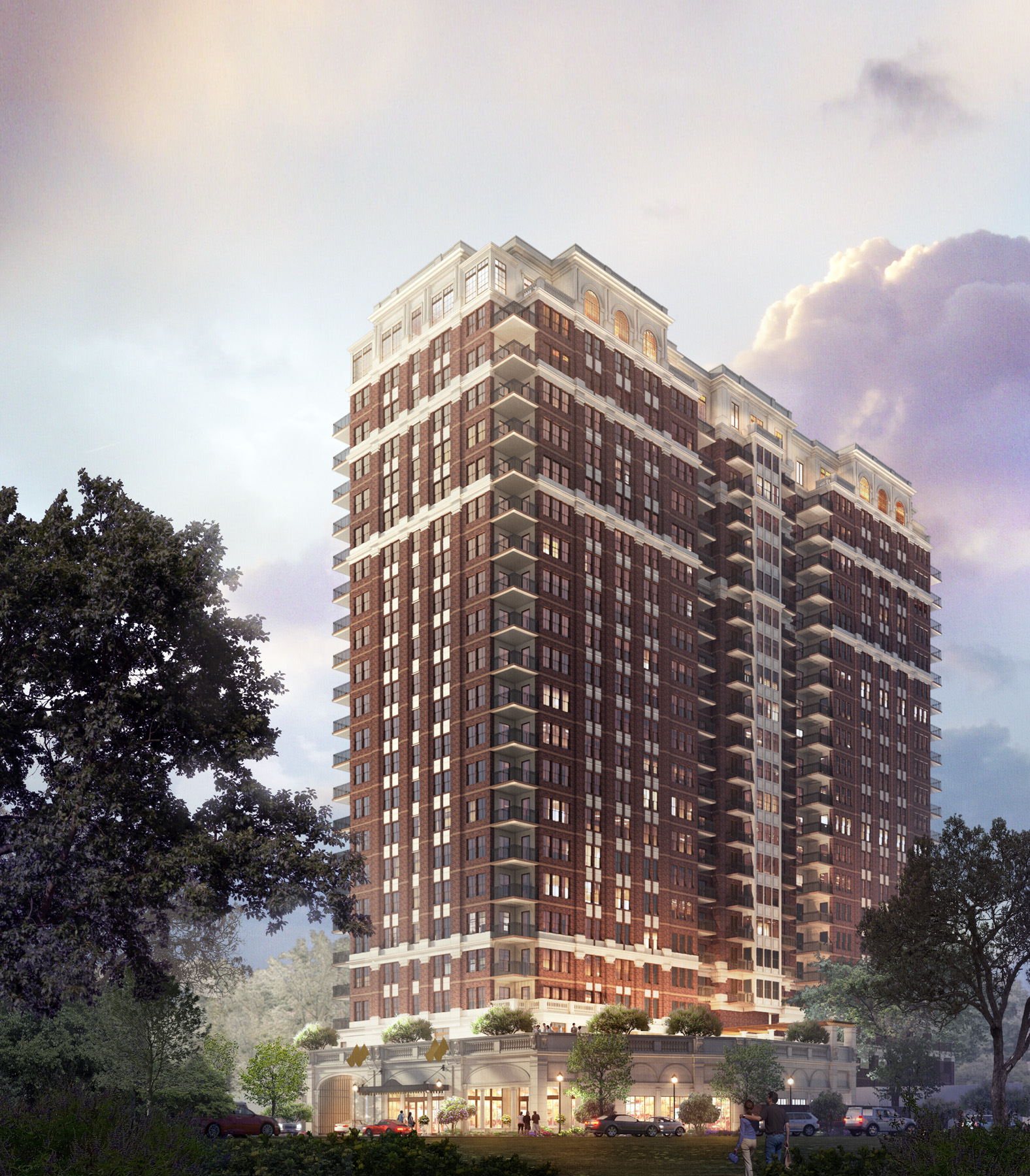 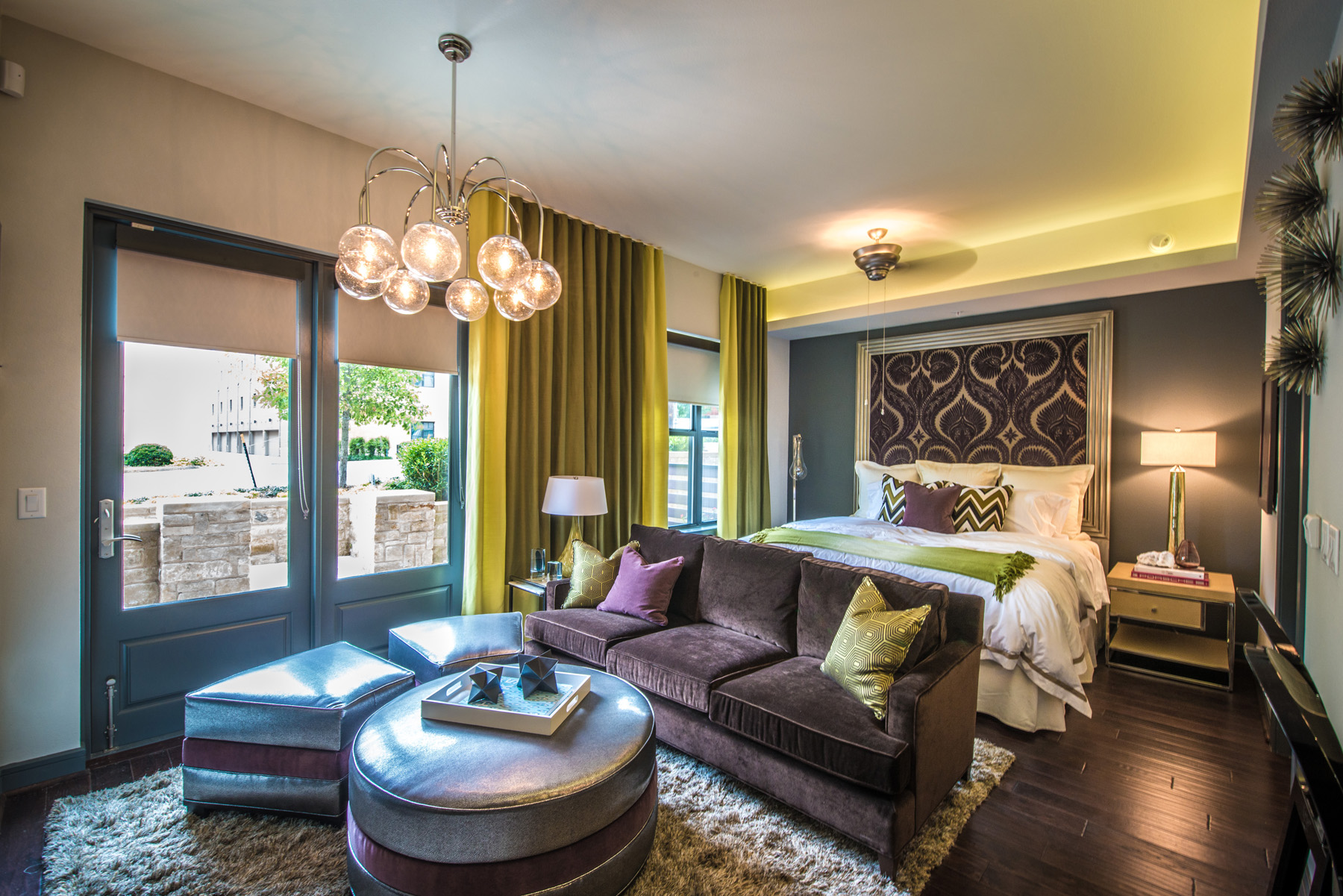 When industry veterans Doug Chesnut and Tom Bakewell formed Dallas-based StreetLights Residential in 2011, they did so for two main reasons. The first was the opportunity to tap into massive demographic shifts favoring apartments. The second was to be “a design-driven development company that pushes the envelope on creating great architecture,” Chesnut says. StreetLights helps ensure this by keeping design, development, and construction services in-house. Its stunning local projects include The Taylor (17 stories) and The Jordan (23 stories) in Uptown, and The McKenzie (23 stories) in the Knox-Henderson neighborhood. StreetLights also has partnered with other developers on vertical mixed-use projects, such as One Dallas Center downtown and The Union in Uptown. Historically, Chesnut says, apartment developers have done a bad job of city-building. “They’ve bastardized cities,” he says. “When we look at urban development, we think in terms of creating great long-term neighborhoods.” 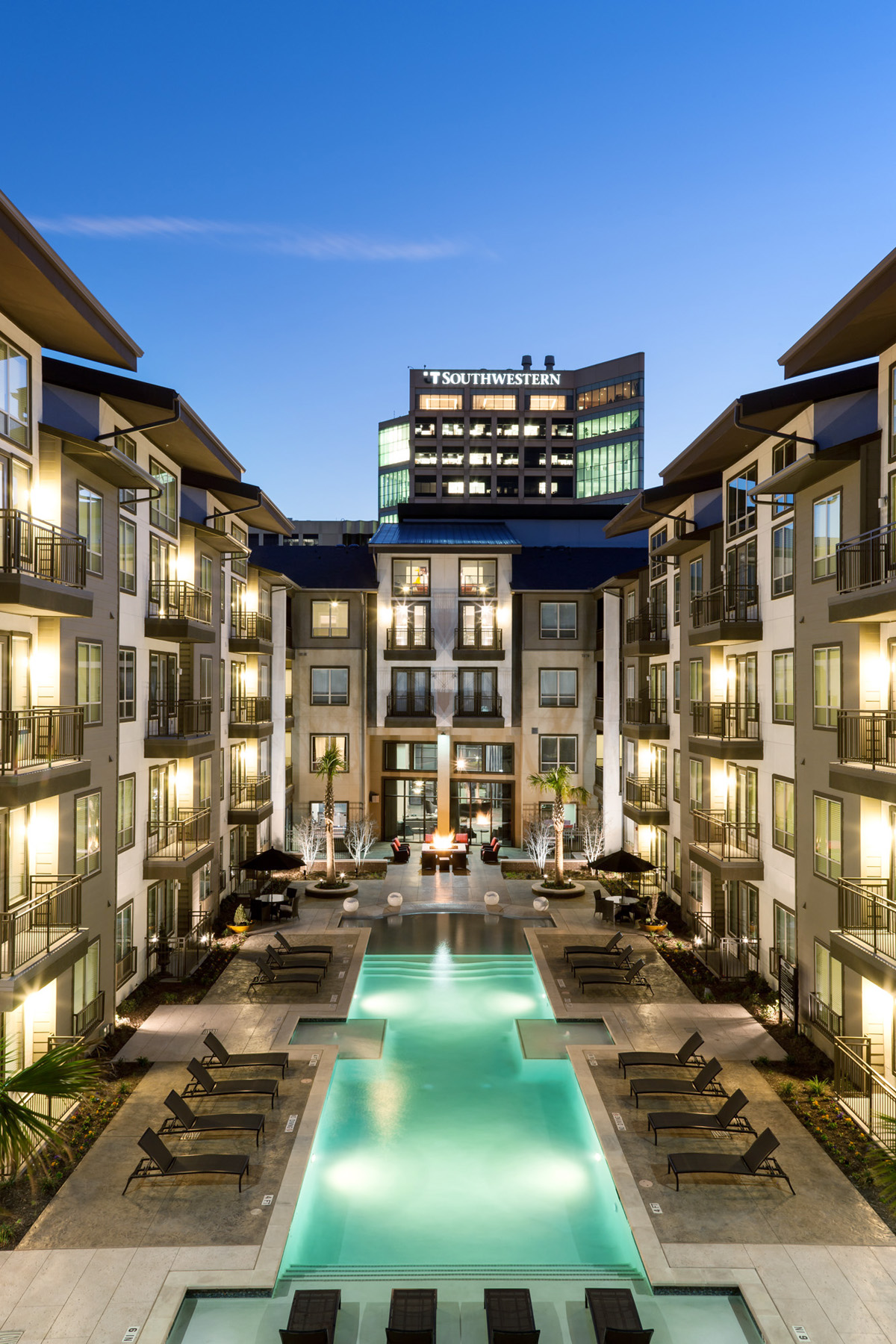 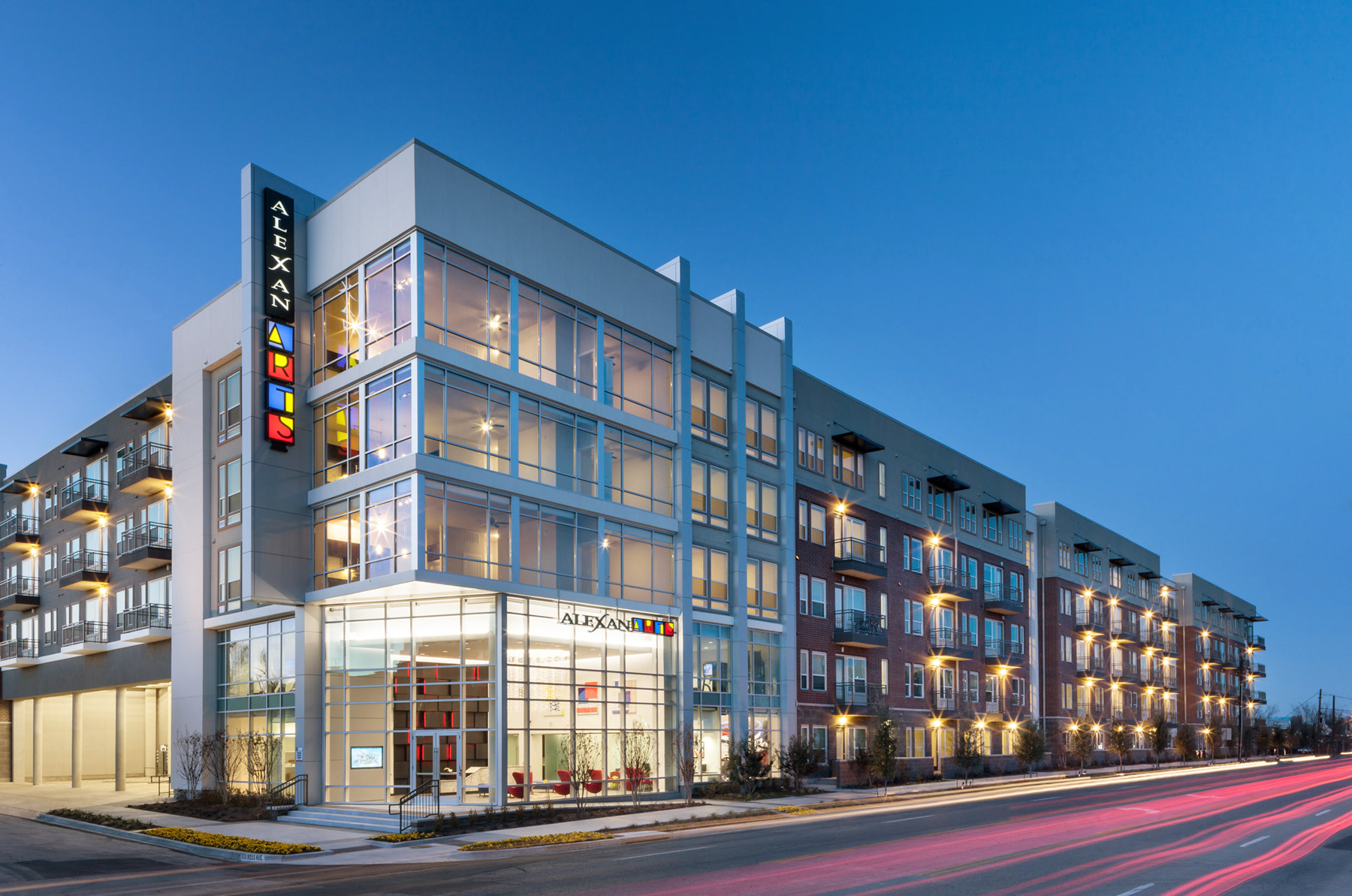 Alexan Arts
Although it has existed in different iterations, Trammell Crow Residential has a rich, nearly 40-year history of developing multifamily space. It kicked off a new round of development in 2012, with most projects carrying the “Alexan” name, a brand first established in the 1990s. TCR customizes floorplans, finishes, and amenities for each property, including perks like a blow-dry bar at Alexan Arts. One of its latest projects, The Alexan, is nearing completion on “Goat Hill” north of Victory Park. Bancroft says the company works closely with cities and neighborhoods to develop projects where everyone is happy with the outcome. “Our business plan has been to develop in and around the urban core and leave the neighborhood better than we found it,” he says. “We feel confident in saying we’ve achieved that.” 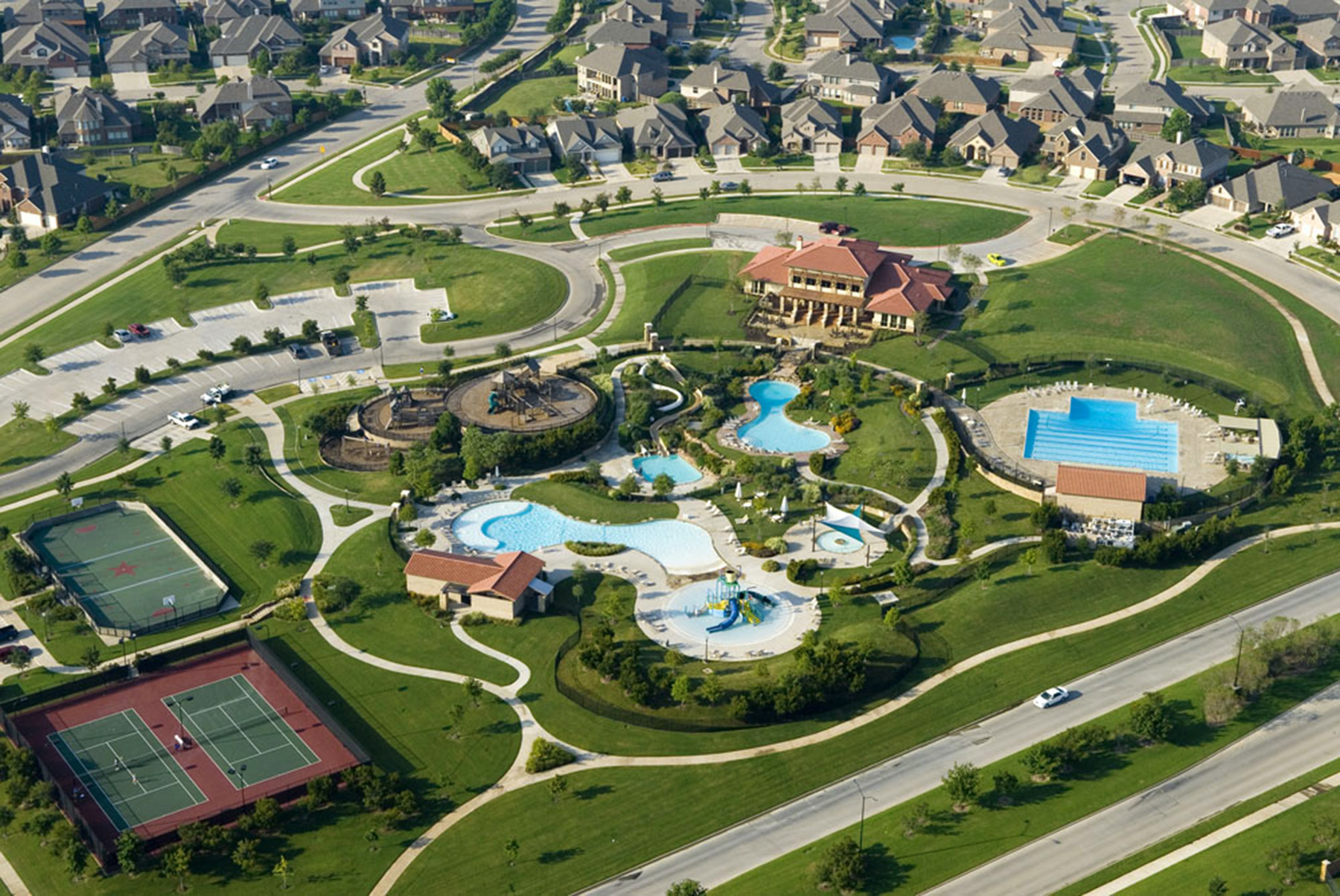 Ross Perot Jr.’s Hillwood is well known for its commercial development prowess, having built about 50 million square feet of industrial and office space. But its residential arm, Hillwood Communities, is a force, too. During the recent downturn, the company bulked up on land and developed its LiveSmart platform. It debuted that brand with Harvest, a $1 billion, 1,150-acre development in Northlake and Argyle. Amenities at the “new urban agrarianism” project include garden plots and an on-staff farmer. Hillwood recently kicked off three new LiveSmart communities in Texas, including the 787-acre Union Park in Little Elm. A driving factor behind the company’s remarkable growth is Fred Balda, president, who has been with Hillwood since 1992. “Our big challenge right now is getting lots on the ground while the market continues to be robust,” he says. “There’s just so much pent-up demand.” 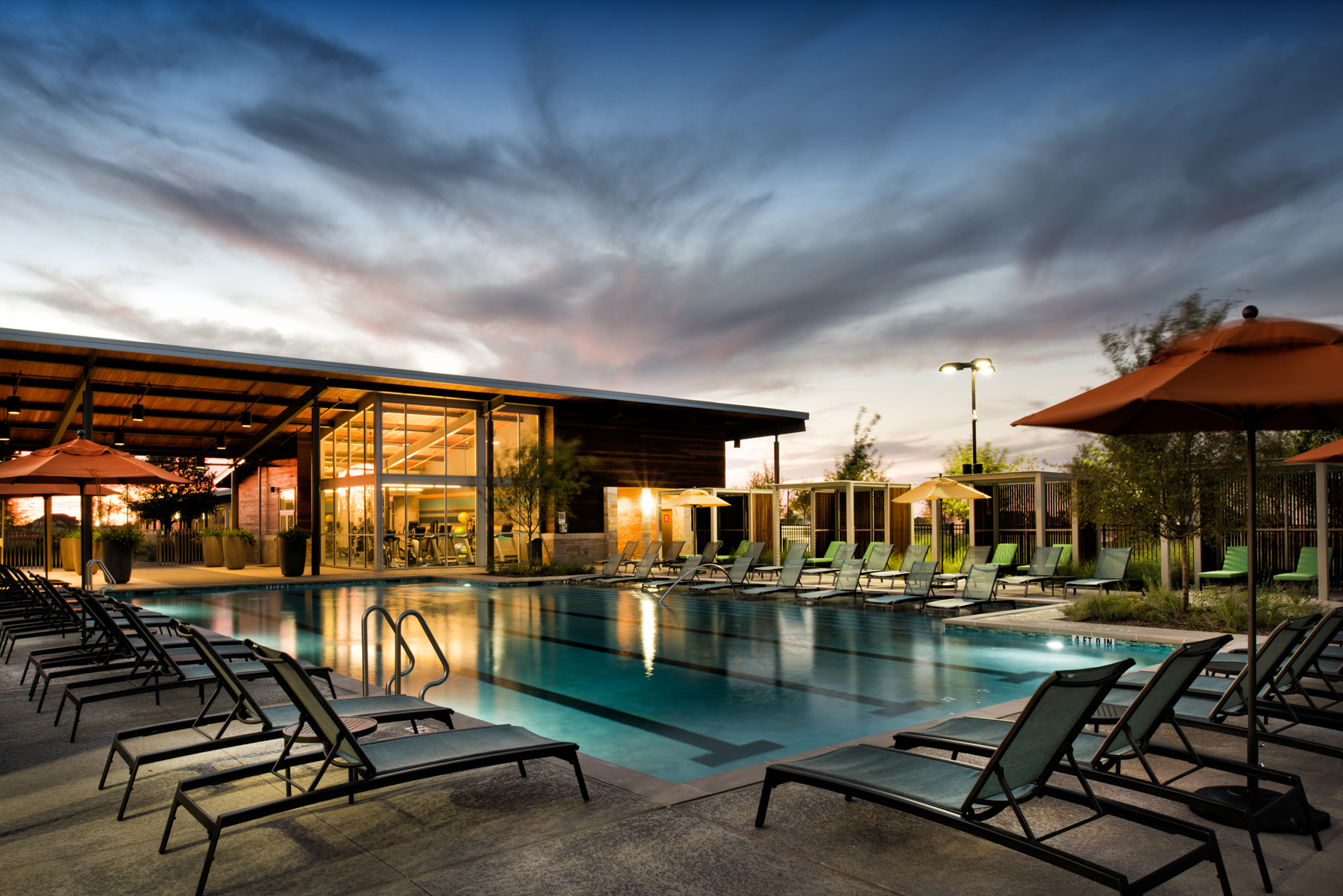 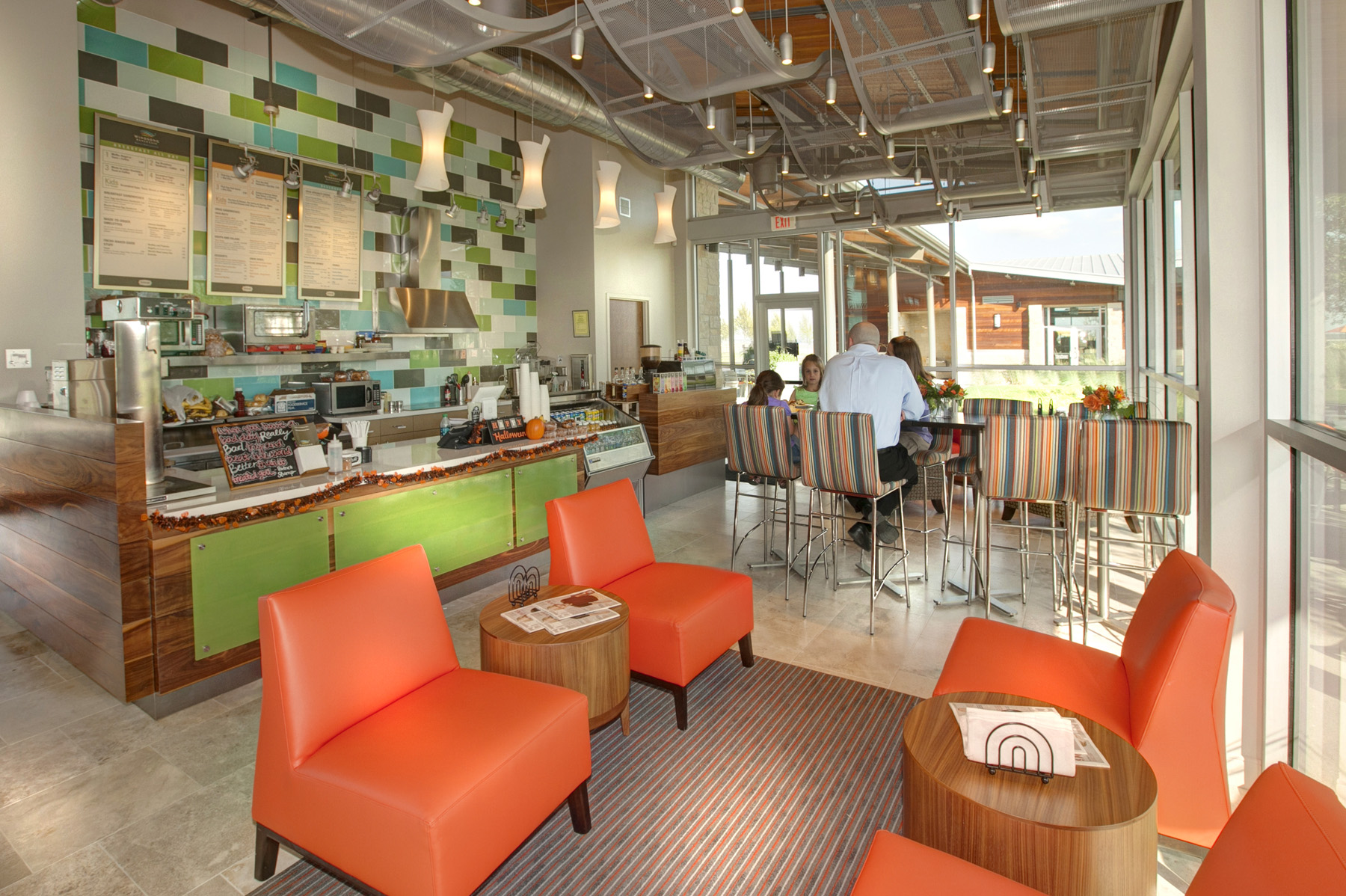 Windsong Ranch, Terra Verde Group’s 2,030-acre masterplanned community in Prosper, has been recognized with a number of top industry awards. For good reason. One of the largest projects in North Texas, it has created new development standards, with 600 acres of green space (including up to 30 miles of hiking trails), resort-style amenities (like a waterside amphitheater with a stage that also serves as a fishing dock), and a welcome center with a restaurant that serves breakfast and lunch. All are designed to encourage interaction among residents and enhance their quality of life, says Craig Martin, who founded Terra Verde Group in 2010. Homebuilders and buyers have enthusiastically responded. “What we thought would be a 12- to 15-year buildout will probably be eight or 10 or 12 years,” Martin says. 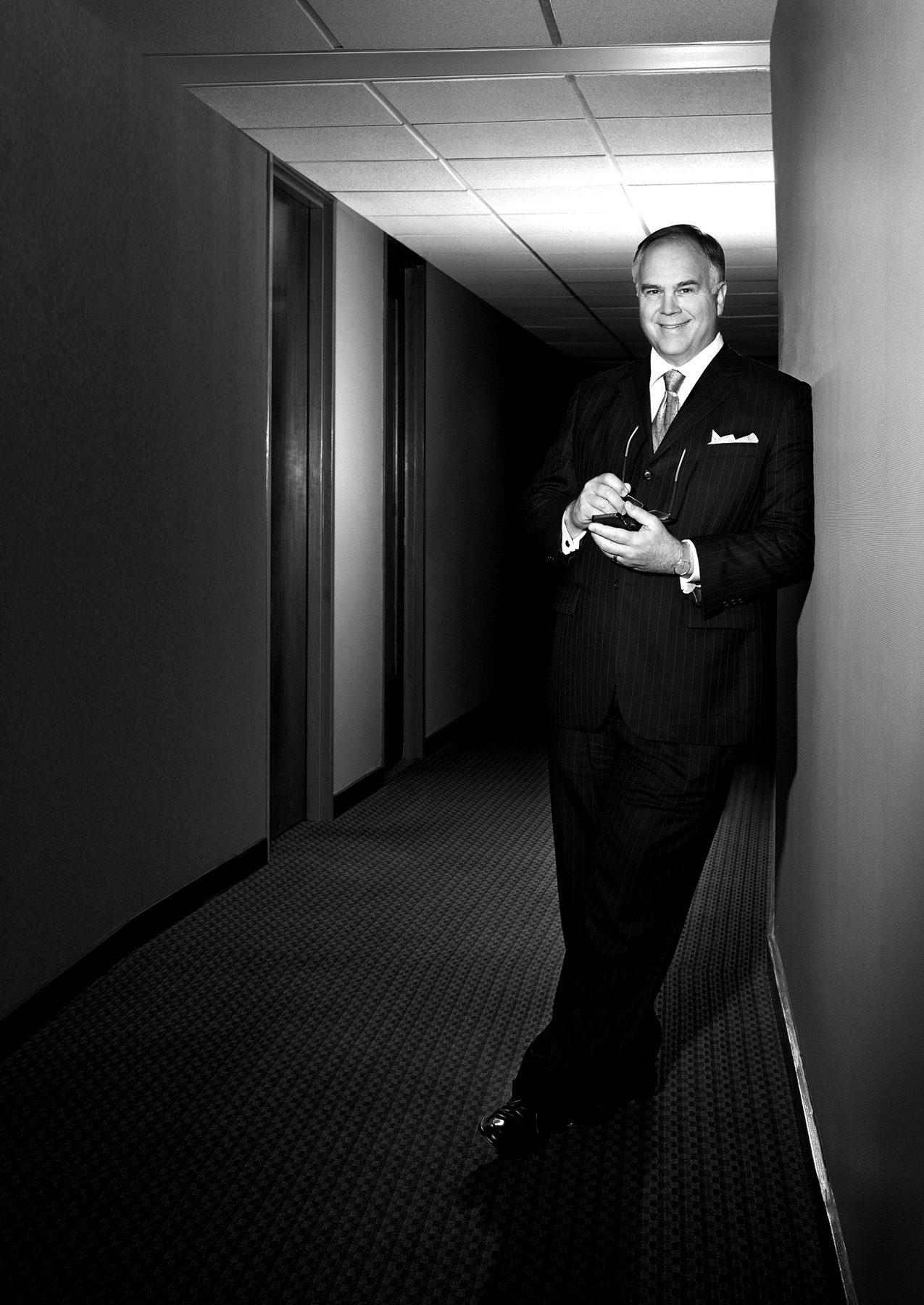 After earning a master’s degree in architecture from Tulane University, Robbie Briggs got a job designing commercial buildings for a small firm in Dallas. He soon discovered that he didn’t have a “starving artist” love for the profession, though, and segued into residential real estate by joining a Highland Park firm run by his father. The younger Briggs raised eyebrows by getting a pager and talking his dad into buying a fax machine. “I wanted to be accessible,” he says. “I didn’t want to miss any deals.” After taking the helm of the firm in the 1980s, Briggs realized he could recruit better agents if he didn’t compete with them. Instead, he focused on supporting them and building the business, innovating again by creating in-house marketing and training divisions. 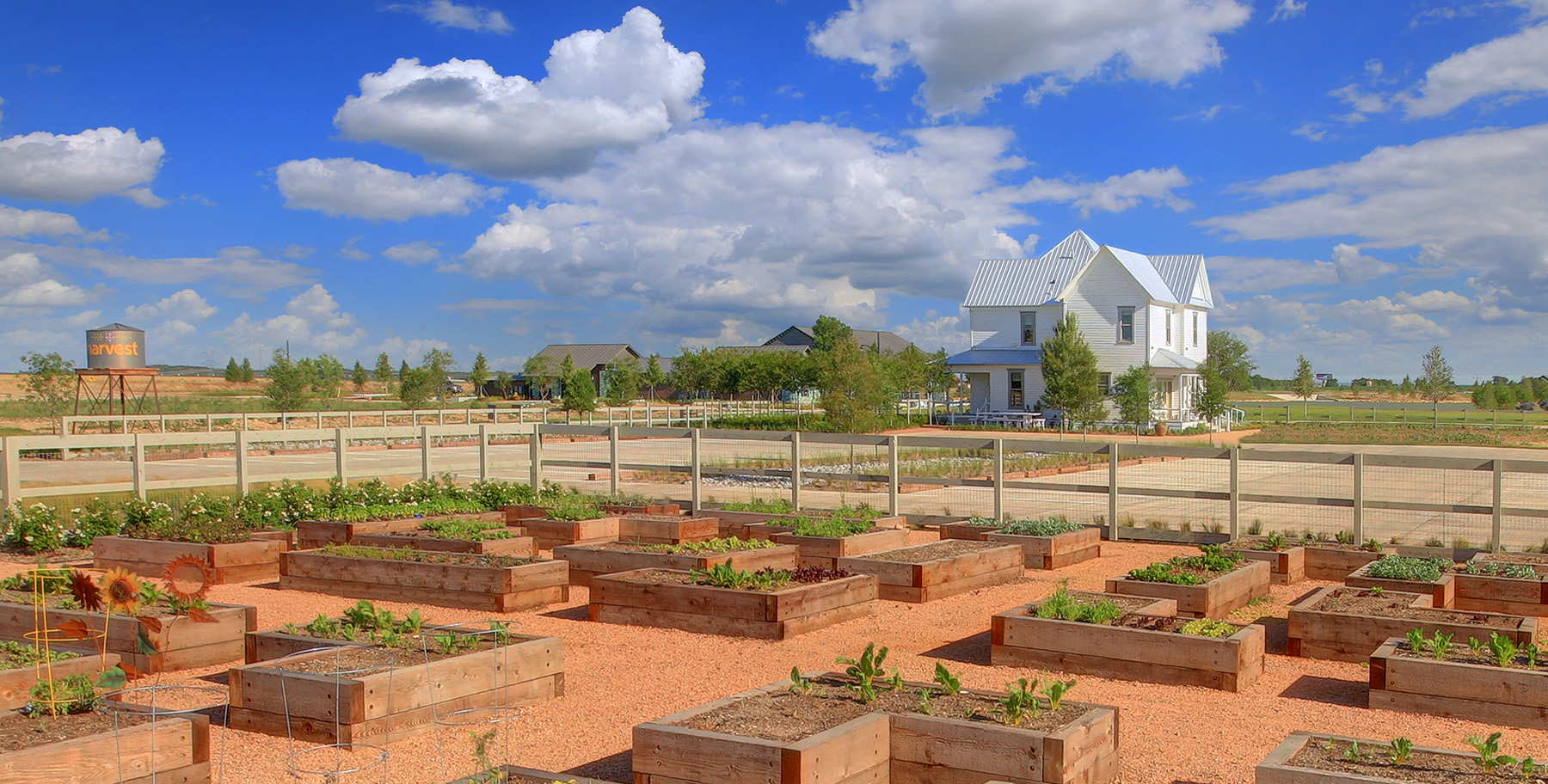 Today, Briggs Freeman Sotheby’s International Realty has more than 300 agents. The firm should top $3 billion in annual home sales once its new Fort Worth and Plano-Frisco offices are up and running, Briggs says. Innovation is important, he adds, but it always comes back to the basics: “Hire good people, take care of your people, and make sure they’re taking care of their people. Technology doesn’t replace that.”