If you’re concerned about the vitality of technology entrepreneurs in Dallas, don’t be.  Young tech business leaders are rising through our high schools, flourishing in university programs, and collaborating in co-working spaces. As you’ll see in the following profiles, these entrepreneurs are driven, smart, innovative, and motivated to start their own businesses—or two or three.

They’re also not afraid to go up against the status quo, or seek advice from mentors in areas where they want to grow. In fact, they don’t seem to be afraid of anything. The young tech entrepreneurs interviewed here are calculated risk-takers who have the confidence and fortitude to keep pushing forward.

These emerging leaders say they’re proud to be part of an ecosystem of startups in Dallas, and want to help others thrive in this rich community of talent. That’s good news for the rest of us, who will likely benefit from their disruptive ways.

Craig J. Lewis’ enthusiasm about being part of the Dallas startup scene is contagious. Maybe that’s because he has raised funds across the country and helped launch successful companies elsewhere, but he knows what’s possible here.

That now-Miami-based company raised $1.8 million and is expected to pull in $2.1 million in sales for fiscal 2014. Lewis is the second-largest individual shareholder after Kairos founder Brian Brackeen, but he stepped away in 2013 to launch Visage Payroll, the “world’s first free payroll service for startups.”

“This is the company I’m meant to be spending time with,” says Lewis, 33, who once was the “young, hip guy” that payroll companies brought in to talk about social media and how technology impacts the payroll industry.

Visage, which offices out of The Grove, a co-working space in the West End, plans to close on a $2 million funding round in early 2015. It has more than 50 small businesses signed up with a campaign to bring on 250 more soon, and will earn revenue from advertising and a cash-flow product that defers tax payments.

“I’m really excited about building a Dallas-based business and getting the DFW community behind us as we roll out nationally,” Lewis says.

President and Co-founder, rewardStyle and LIKEtoKNOW.it

CEO and Co-founder, rewardStyle and LIKEtoKNOW.it 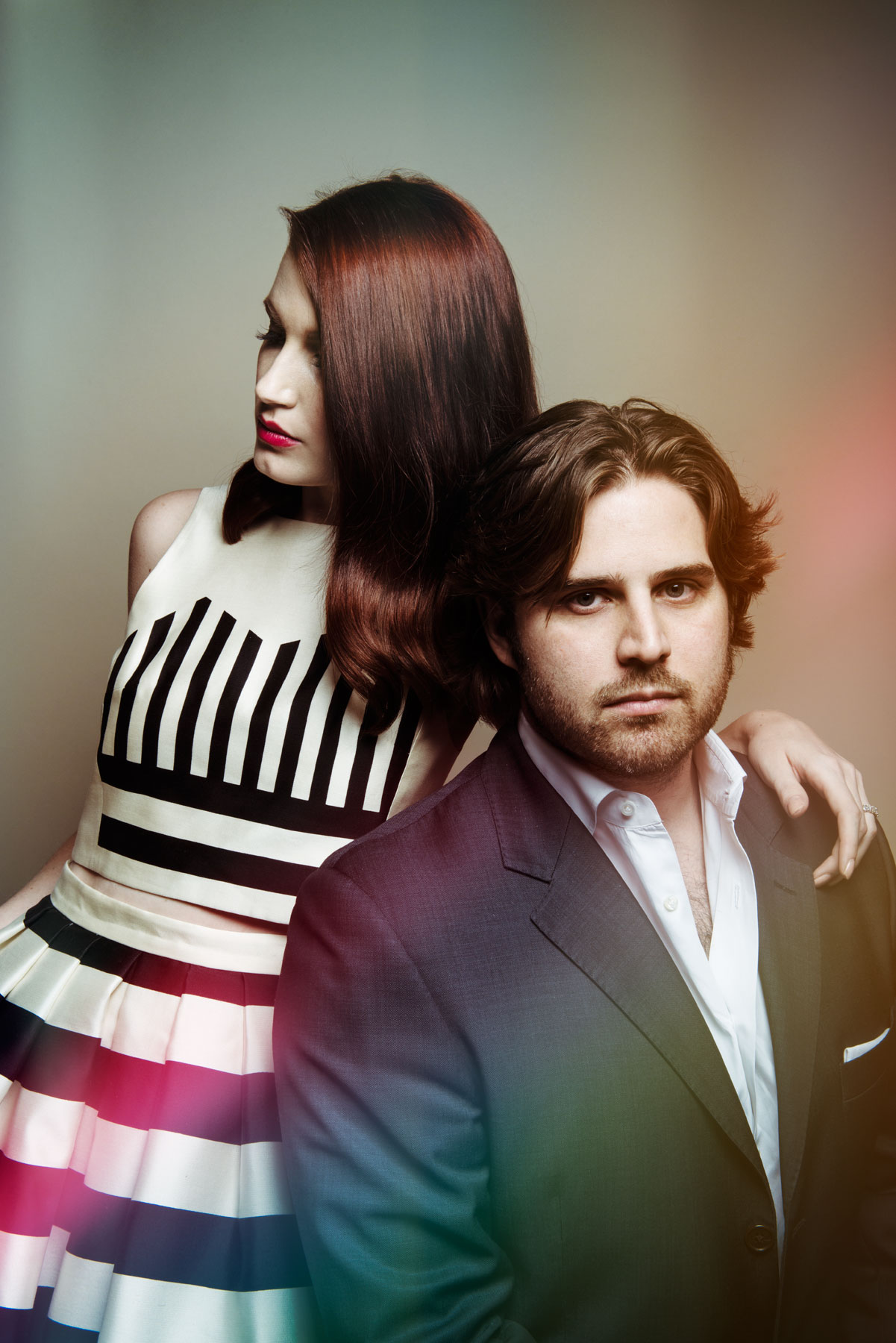 Just three years ago, retailers didn’t view independent, digital content creators as influential, or even as a helpful marketing resource. Amber Venz Box remembers calling retailers to discuss ways to monetize fashion blogging, and being forwarded from PR to marketing—all to no avail.

The Dallas fashionista with the signature red hair finally broke through, though. Today, she is a recognized disruptor of the fashion blogging world with her company rewardStyle, an invitation-only monetization platform for top-tier digital publishers and retailers around the world.

The site has more than 9,000 “publishers” (or clients), including influential style bloggers, YouTubers, fashion magazines, and others that mention fashion items in posts or copy and provide easy links for consumers to buy them.

“In June of 2011 we worked with 12 retailers. Today we work with 4,000—everyone from Gucci to Forever21,” says Venz Box, president of rewardStyle. The 27-year-old co-founded the company with her then-boyfriend, Baxter Box, who’s now her husband and serves as CEO.

In 2013, rewardStyle publishers generated $155 million in retail sales, with an expected $270 million in 2014, according to Baxter Box. In March, the company also launched LIKEtoKNOW.it, a service that facilitates the purchase of “liked” items on Instagram.

The company has 90 employees and offices in Dallas and London. Several new products are in the works that will “further quantify and increase the value of the content digital creators are producing,” Venz Box says. “We will be righting some wrongs we currently see in the space, and continuing to empower the independent content creators.” 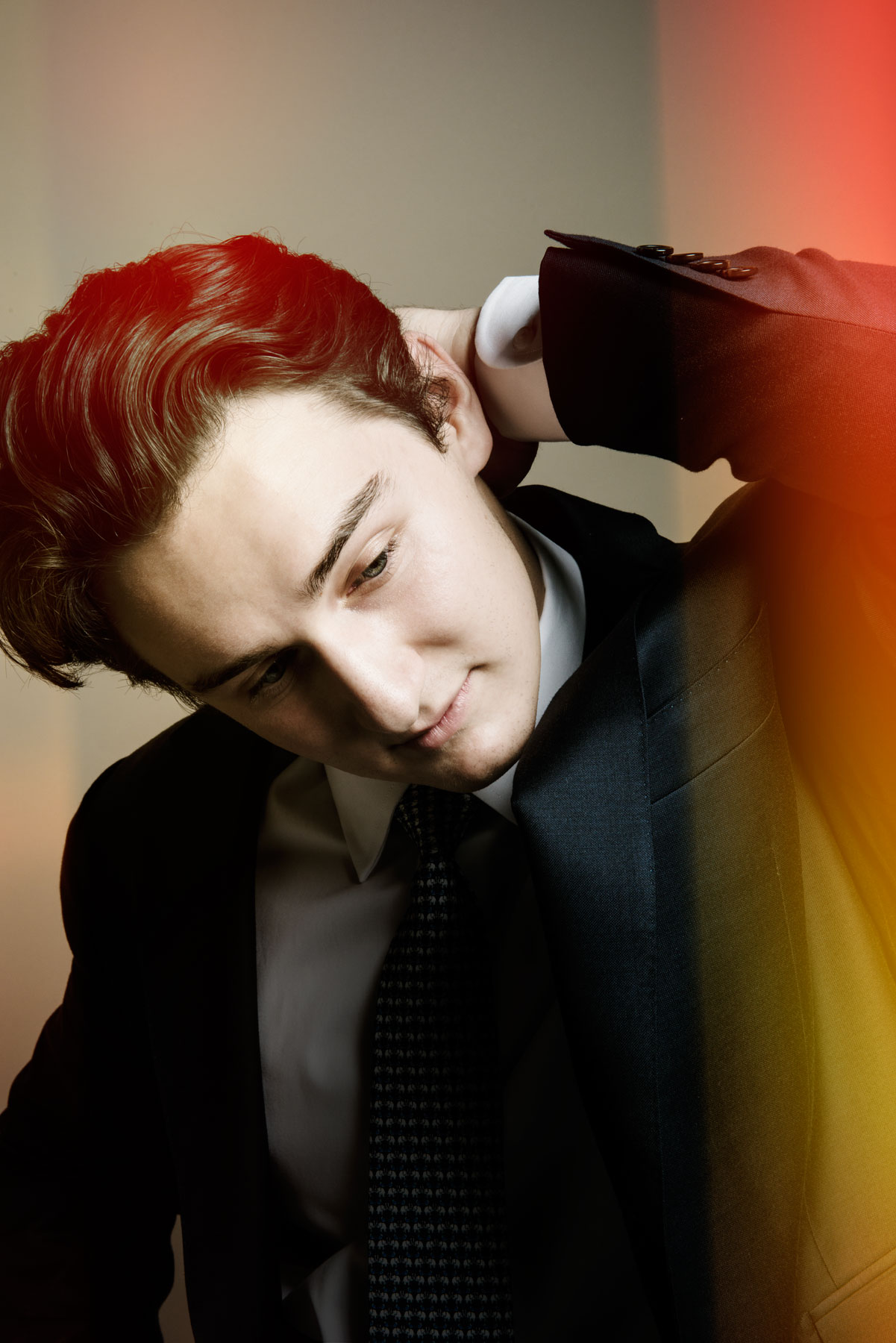 The idea for Didici, which means “to learn” in Latin, has been brewing since Valenta was a junior at Coppell High School. It finally came to fruition after he presented it with a full business plan in an SMU class on entrepreneurism.

“The whole goal behind this is, I’m in college and busy, but I spend money all the time and I need to find a way to make money,” says Valenta, 19, who’s also working on developing an unrelated app with a friend. “Didici’s typical client is someone who is very busy and doesn’t have time to learn stuff like this. … We believe in forming relationships, as well as teaching what my employees and I have grown up with.”

Valenta gets free consulting help from a family friend, and his company’s overhead is low: $1,500 for a website and incorporation and merchant terminal, and independent contractors as employees. He has hired a handful of personable and tech-savvy students who have helped more than 50 clients. His plan is to bring in up to $25,000 in 2015 and double that in 2016. If revenue tops $100,000 he would consider franchising Didici.”I would love for this to blow up,” he says. Whether or not his entrepreneurial ventures work out, Valenta has a backup plan: an investment banking job on Wall Street. 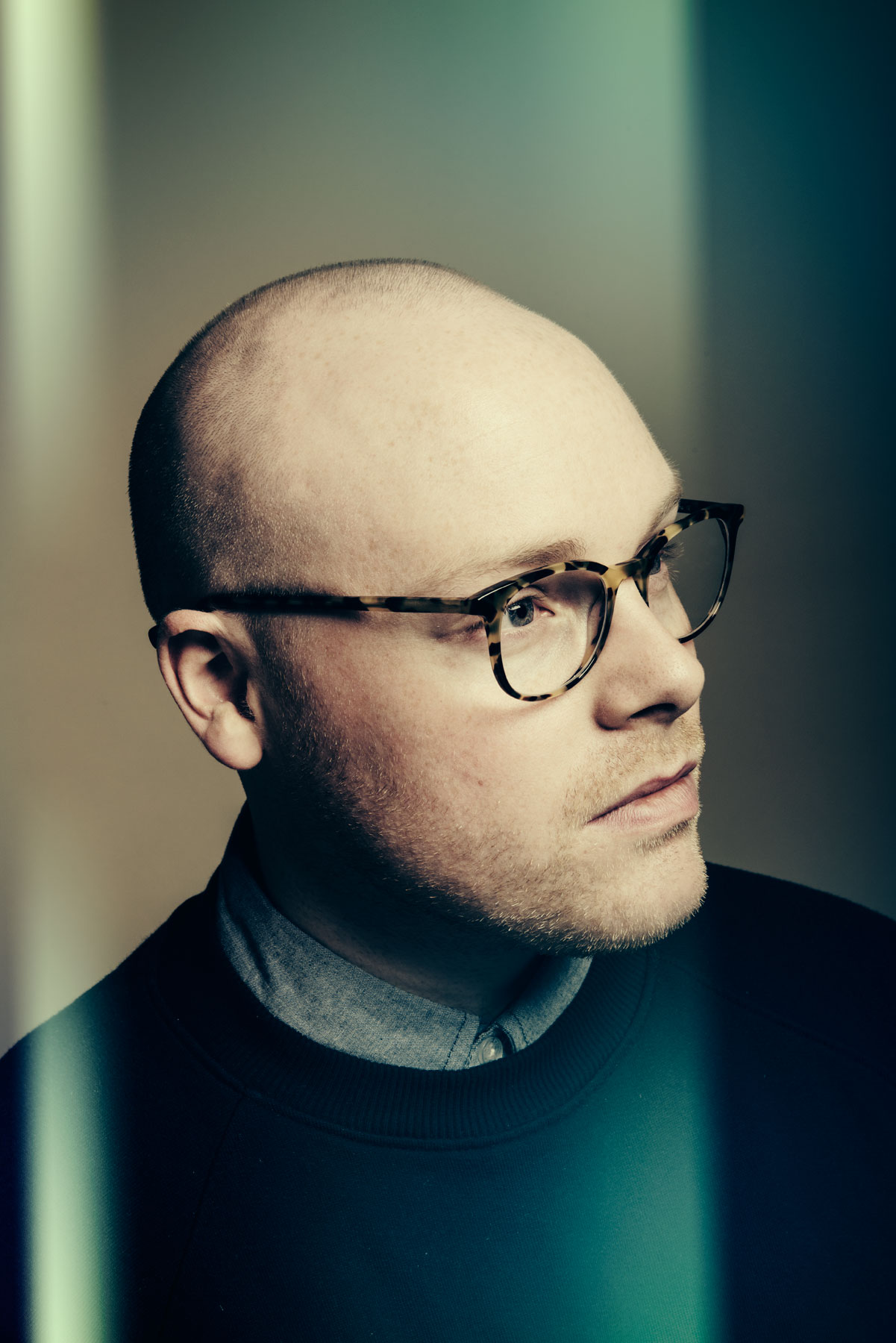 Menswear might be a $130 billion industry, but the fact remains that many, if not most, men hate to buy clothes.

Matt Alexander is reshaping the way men shop with Need, a refined online retailer and monthly lifestyle publication for city-dwelling men ages 26-42. The year-old venture has attracted $500,000 in seed funding and has more than 200,000 registered members. Need keeps its offerings—which have sold out each month since its launch—stylish and simple, and its descriptions witty.

“You can drop a guy onto a site, but unless they have some sort of knowledge or know where to look, they will buy the wrong thing,” says Alexander, 27, a London native who previously ran and sold a boutique consulting firm, and has been involved in several other digital media ventures. “It’s not so much the brand, but why it’s interesting and relevant. That’s why they’re gravitating toward it.”

Also keeping Alexander busy is a second venture called Unbranded, an experimental pop-up and event-space concept in Deep Ellum that launched this past November. He hopes to expand the concept with Foot Cardigan’s Bryan DeLuca. He also has a third unnamed project in the early fundraising stage.

Need recently moved down the street from its co-working space at WELD to a 4,000-square-foot space of its own in the Dallas Design District. Alexander continues to be a WELD ambassador, touting the benefits of a collaborative, creative environment that supports innovation. He also isn’t shy about seeking advice from industry giants such as Carl Sparks, the former CEO of Travelocity and former president of Gilt Groupe who now sits on Need’s board.

“One of the symptoms of being an entrepreneur is you make a habit of punching well above your own weight,” Alexander says. “Don’t agonize over what will happen, if it will fail or work, because it results in paralysis. My remedy for that is doing it.” 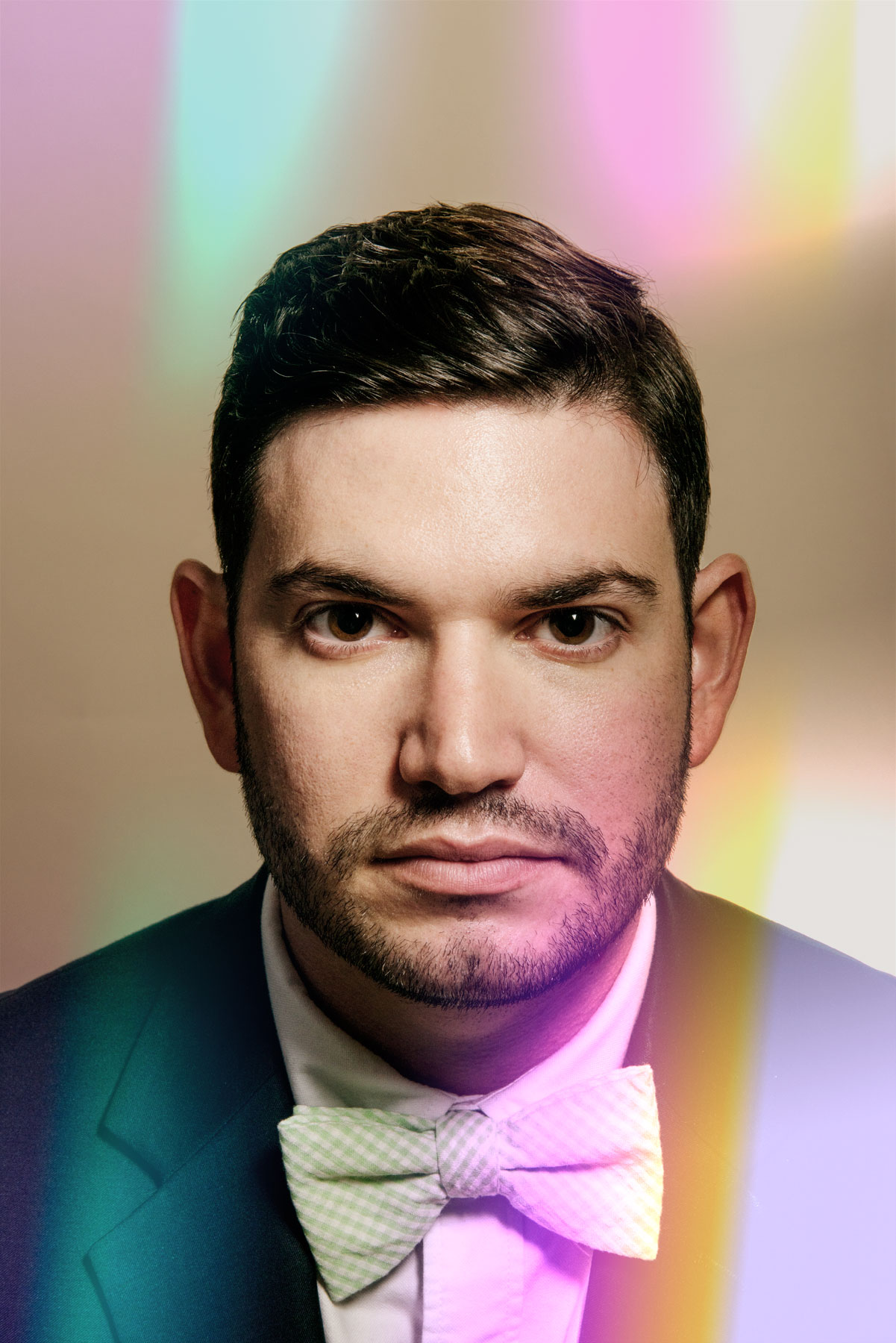 Maybe it’s his Silicon Valley upbringing, but Daniel Black, 25, isn’t fond of working for someone else. In college, Black, who pursued a dual major in economics and government, formed three companies and was named entrepreneur of the year during his senior year.

His latest venture, Dallas-based Glass Media, uses digital projection marketing to transform storefront windows. Black and his co-founder, Wesley Oldaker, have raised $110,000 and planned to close on another $500,000 by the end of 2014.

Austin College in Sherman, World Blend in Fort Worth, and Malarkey’s Tavern in Addison are among the enterprises that were scheduled to pilot the proprietary projection and display technology. Installations also are occurring throughout Texas, California, Louisiana, Florida, and Utah, among other states, and at several Fortune 500 and Fortune 100 companies, Black says.

“Most businesses have never thought about digitizing their storefronts before,” Black says of Glass Media’s cloud-based. on-demand technology, which can promote messages such as restaurant specials or in-store sales with proven return-on-investment results. “Seeing is believing.”

The digital signage’s customized messages also are projected on store ceilings and walls, such as the 92-inch screen promoting weekly events at the Dallas Entrepreneur Center, one of the places where Glass Media offices.

Black moved the early-stage startup to Dallas after meeting his fiancée, and is encouraged by the lending community and plethora of businesses here that are open to using his technology.

“In the Bay Area, there’s fatigue,” he says. “So many startups are approaching businesses wanting something for free. It’s much harder to penetrate the market for pilots, whereas in Dallas, no one ever comes to these businesses, so their eyes are wide open” when we approach them.