Not many architects give $1.5 million gifts to their college alma maters. But Mark Humphreys is no ordinary architect. He’s CEO of Dallas-based Humphreys & Partners, the largest multifamily architecture firm in the country. In a typical year, his firm designs between 12 and 15 percent of all apartments built in the United States. Last year, that added up to about 40,000 units. And the numbers are only going to get bigger.

Population and cultural trends are converging to create an insatiable demand for multifamily space. Throngs of millennials are eschewing home ownership, but baby boomers are set to have an even greater impact on the market. According to a recent report from the Federal Reserve, older Americans are increasingly downsizing and opting for the rental lifestyle, beginning around age 70 and peaking at age 75. The oldest baby boomers will begin turning 70 next year. “Never in the history of the U.S. has there been the two largest demographic groups wanting to live in an urban environment,” Humphreys says. “There are 74 million baby boomers and 84 million [millennials] … all potentially wanting to live in the same urban areas.”

That’s a lot of apartments. 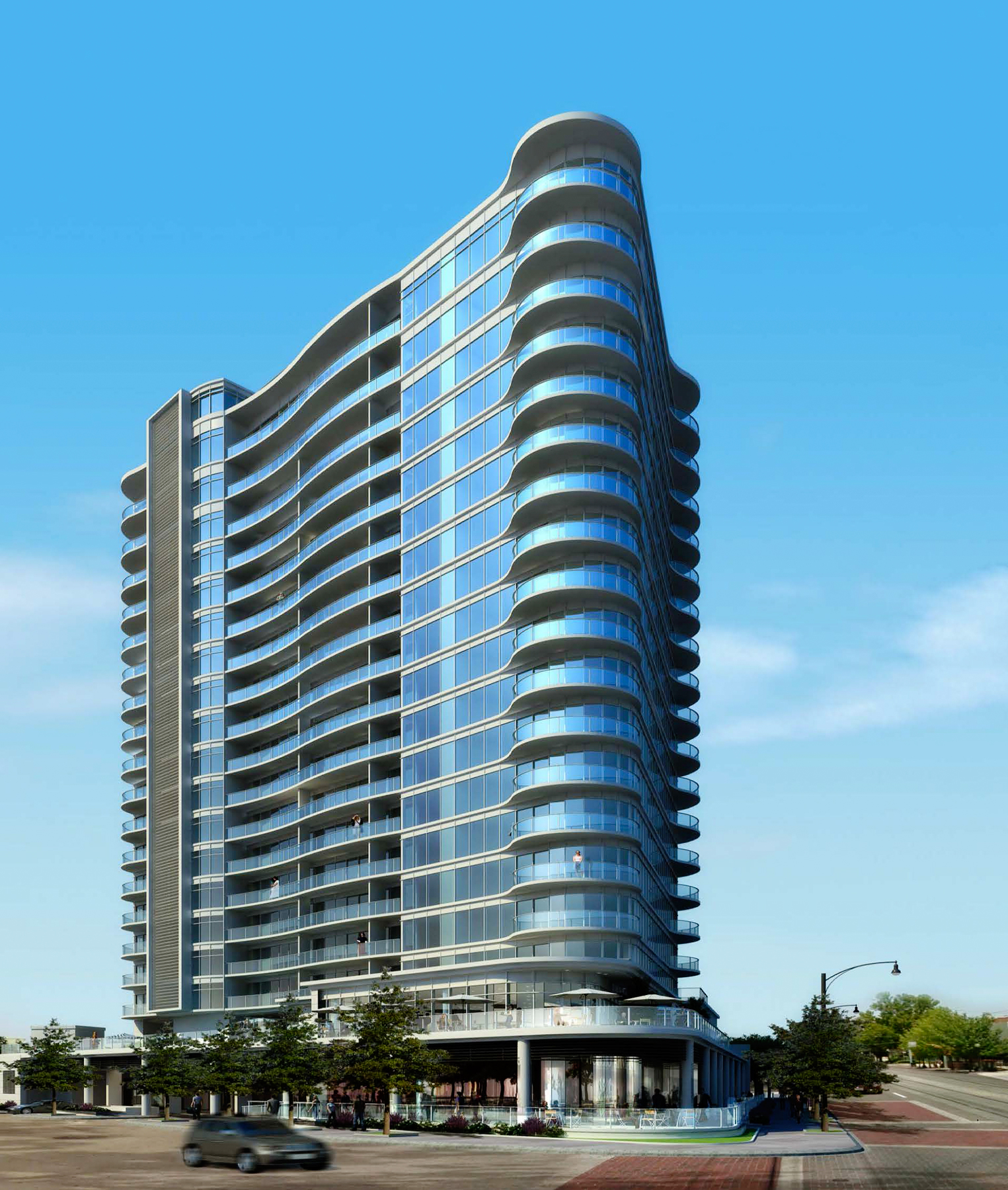 Rendering courtesy of Humphreys & Partners
Humphreys displayed a talent for art and drafting at an early age. When a home he designed for a class at Dallas’ W.T. White High School won a district-wide competition, he knew he was onto something. After graduating, Humphreys headed for the College of Architecture at Texas Tech.

He worked during school to help fund his education, first for a group of engineers and then for a builder-developer who specialized in apartments. Figuring he could do it, too, Humphreys began designing homes and apartments on the side—and soon had 13 other Texas Tech students working for him. Recognizing Humphreys’ entrepreneurial tendencies, a professor advised him to take business classes, explaining that most architects are like physicians; they learn their profession, but they don’t learn how to run a company.

Humphreys excelled—even getting the SBA to agree to fund a business plan he had developed in one of his courses. After earning a five-year, thesis-level degree in design, he worked in Lubbock for a while before moving to Dallas in 1989. Two years later, he launched Humphreys & Partners.

At first, the three-person shop took on all types of projects, from retail and office to industrial and hotels. Humphreys noticed that apartments seemed to do well in both up and down real estate cycles, and decided to focus on the sector. A pivotal moment came in 1995, when he saw one of his designers working on plans for a two-story, six-unit apartment building. “It sort of looks like a house,” Humphreys said. “Let’s make it look exactly like a house.”

The concept was embraced by developers and renters. Cities loved it, too; instead of a typical apartment complex, the end result looked like an upscale single-family community. The design, which Humphreys dubbed “The Big House,” also changed the way he approached his business. Instead of starting from scratch on every project, he came up with the idea of “commoditizing” the process. He’d have a base product, like The Big House, that could be tweaked to fit in various markets throughout the country. It simplified things and kept costs down, giving Humphreys & Partners a competitive advantage.

Another concept, “E-Urban,” was developed in response to skyrocketing construction prices. By focusing on efficiencies, Humphreys could help developers trim millions in expenses. “E-Urban has gone viral,” he says. “There are 150 out there and about 40 on the boards across the United States.”

The firm is no shirk on the transit-oriented development or high-rise fronts either, with projects like BLVD near Southern Methodist University’s campus and the curvy One Uptown tower that’s being built along McKinney Avenue. “It’s very exciting,” Humphreys says. “We’ve grown from three to more than 270 people. We have projects in every state, with eight U.S. offices and six international offices. We are in our wheelhouse.” 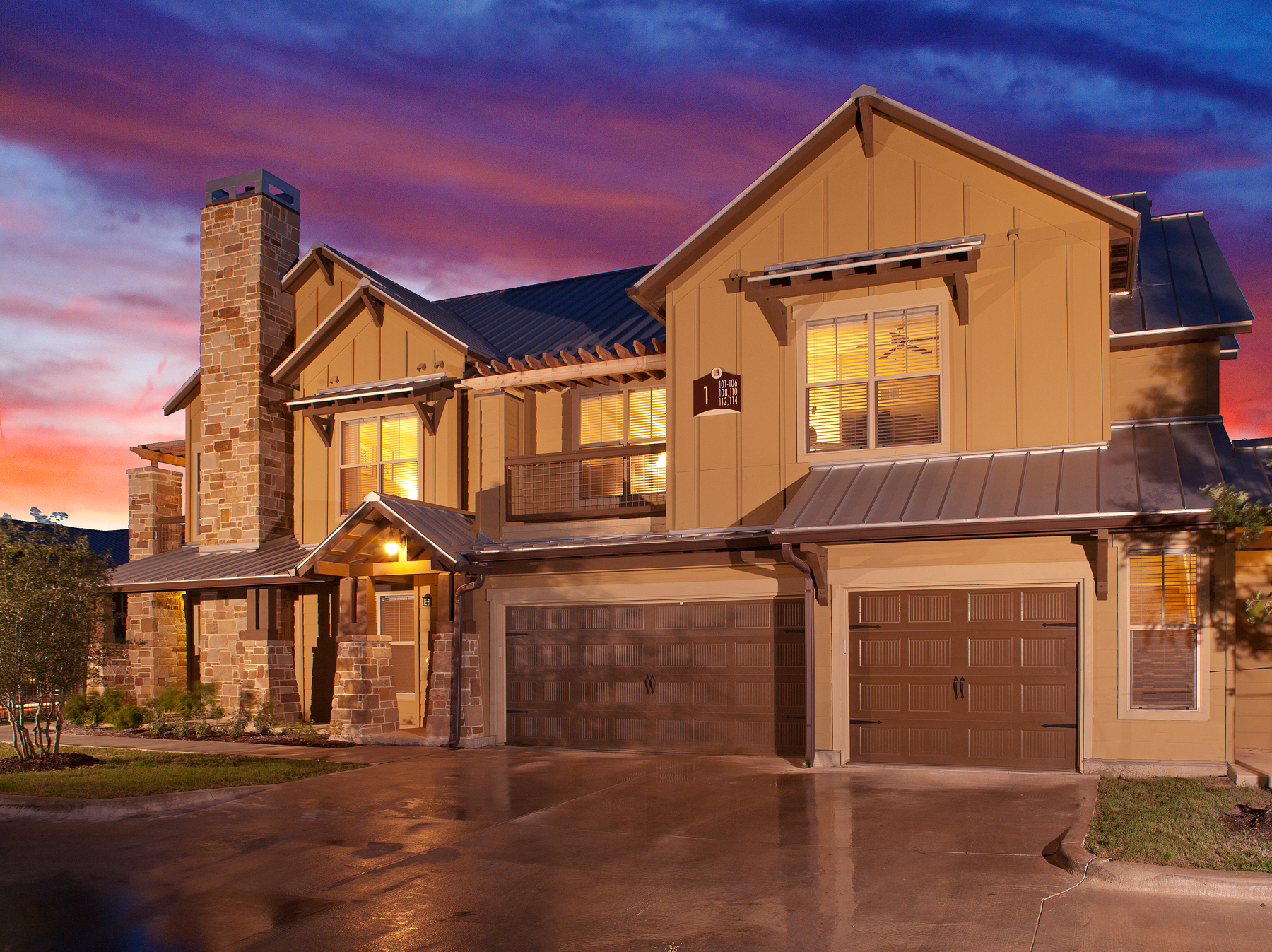 Humphreys & Partners signature “Big House” product. Photo courtesy of Humphreys & Partners
In 2013, Humphreys bought Recycled Glass Surfaces, a Dallas-based company that repurposes glass bottles and porcelain fixtures into countertops, flooring, and landscape materials. The spinoff that seems to be closest to Humphreys heart, though, is PiaggioCharter.com, which keeps its fleet at Addison Airport. A longtime licensed pilot, Humphreys is passionate about flying.

The success of his enterprises helped enable Humphreys to donate $1.5 million to Texas Tech’s College of Architecture in September. To honor him, the school created the AIA (American Institute of Architects) Mark E. Humphreys Chair in Urban Design,  which supports research and study in the field. It’s an area of particular interest for Humphreys, who took classes in urban design back when they “were not yet a curriculum favorite,” he says.

The field has since become critically important with the “Manhattanization of America” that’s taking place, he says. Humphreys tracks activity in 62 markets across the country. HUD Secretary Sean Donovan and officials at the Federal Reserve have been known to seek out his insights. “We see the future of the industry before reports on building permits can help others gauge what’s going on,” Humphreys says. “The rebirth of the urban core is happening everywhere. It’s on fire.”

The urbanization of America isn’t just happening in downtowns. One of Humphreys & Partners’ most recent projects is a 30-story luxury tower in Plano. The oval-shaped skyscraper will be the tallest structure in Collin County. “There is no better feeling than having a building your firm designed that changes the skyline of a city,” Humphreys says. His firm hired more than 60 people last year and has grown at a 25 to 30 percent clip for the last four years.

“I wake up every day excited about the next day,” Humphreys says. “I’m driven to grow this so much larger geographically and product-wise. It’s really exciting to see everything our people are creating. We have been given a gift. We’re not going to sit back on our laurels.”