You can kiss the days of training with weighted golf clubs goodbye. That’s because Dallas-based POWERHANDZ has a new gadget on the market: the Pure Grip Golf Glove, a weighted training glove that launched last year in the NBA and NFL. It quickly branched out into Major League Baseball, and now has hit the links after debuting at the 2015 PGA Merchandise Show in January. The glove, which is an improved version of the original grip-enhancing gear and made specifically for golf, is available on POWERHANDZ’s website for $69.99. 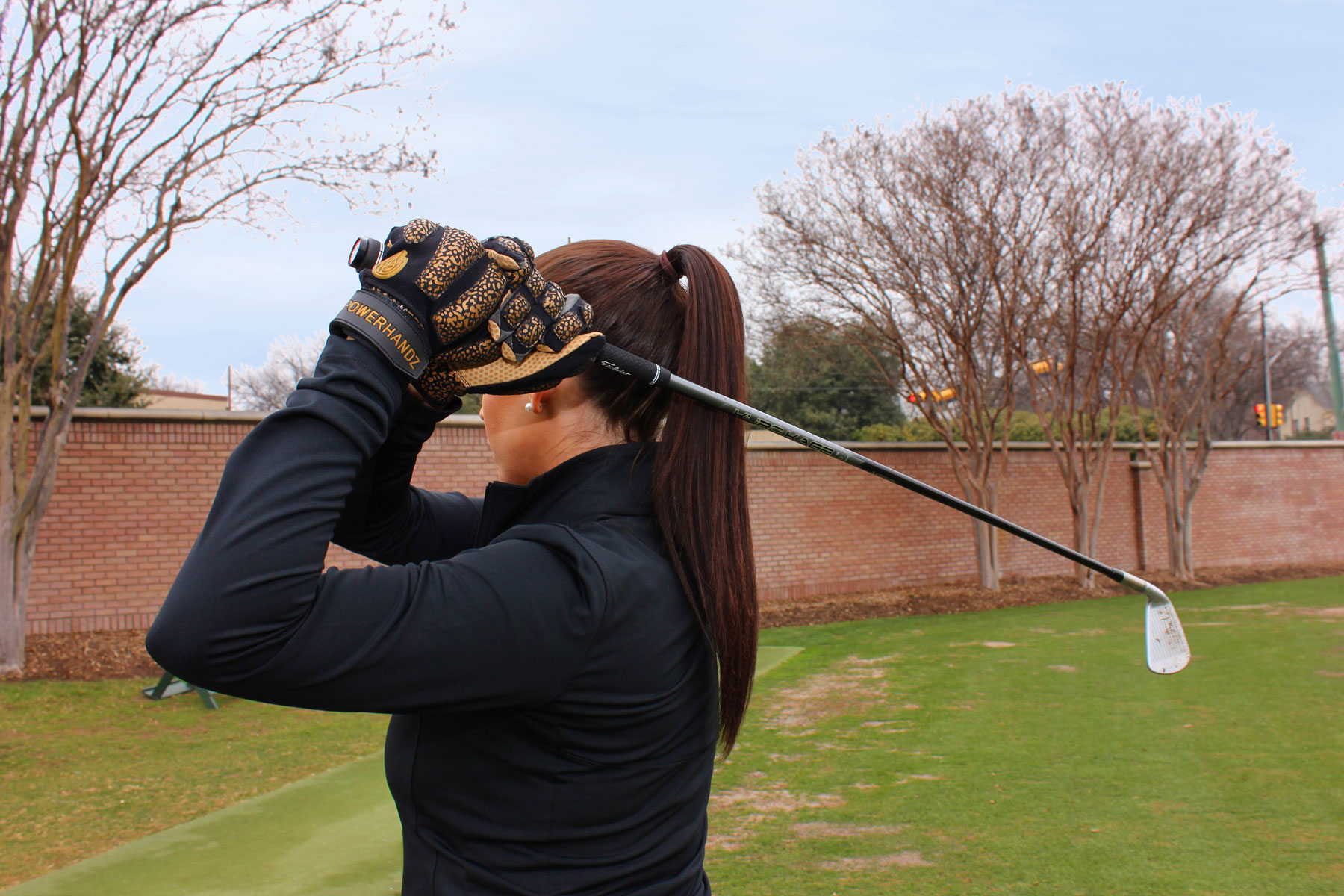 MOVING WEIGHT: POWERHANDZ Pure Grip gloves are built on two scientific principles and designed to increase golfers' dexterity and strength.
Ditching old school, top-end-heavy weighted clubs normally used to strengthen swings, POWERHANDZ Pure Grip Golf gloves include pouches of iron sand in the hand “flex points,” which are designed to increase hand strength. The gloves provide weight distribution across their topsides and a sheepskin leather grip material on the palms. They look similar to other, non-weighted golf gloves, but POWERHANDZ co-founder and chief operating officer Danyel Surrency Jones, who runs the company with her husband and company CEO Darnell Jones, says their products are unique to the market because they’re backed by serious science.

“We have built our product line based on two principles: the overload principle [of resistance training] and muscle memory theory,” Surrency Jones says. “One of the things we’re doing next is putting together a clinical study to support those things.”

Since launching, POWERHANDZ has named “brand ambassadors” in several sports and more than tripled its revenue projections. Its products were inspired by techniques that Darnell Jones has been using in his basketball training since he was a kid, as well as on the court when he played in college and in the pros. (He played about a year for the Utah Eagles in the former Continental Basketball Association.) Both Joneses have experience in the medical sector, which they say provided a great roadmap for breaking into sports tech.

“Our background in the medical device industry has definitely been instrumental in us launching the business and being able to implement sales and marketing strategies, as well as in putting emphasis on clinical studies and the science behind how the product works,” Darnell Jones says. “The actual creation of the product … was based on an understanding of different resistances and what those do in regard to the sport that you play.”