Dallas business, some contend, has something of a good ol’ boy reputation—undeservedly or not. But Dallas also is a progressive city that’s flush with diverse talent and go-getters. Most everywhere you turn, it seems, there’s a strong woman at the helm of a flourishing company. Guts and ambition aside, these execs are calculated risk-takers whose skill and savvy have helped them navigate their companies through good and bad economic times. The common thread: none are afraid of embracing change or making tough decisions. We asked five of Dallas’ most powerful businesswomen about their leadership styles, challenges, and strategies. Here’s what they said.

Elaine Agather loves feedback. Early in her 35-year banking career she recalls taking a notebook to meetings and asking her superiors for pointers.

“I wanted to know what I was doing right and what would make me better,” she says. “If people don’t feel comfortable telling you the honest truth, then that’s a problem.”

Agather has “survived” 10 mergers and continues to enjoy the challenge of managing constant change. “I think helping people not be scared of change has been one of my strengths,” she says. “I’m very transparent, but I have enthusiasm and a good sense of humor. I do think with change you’ve just got to do it, as opposed to talking about it too long. Otherwise the fear gets bigger.

“I’m a risk taker,” she adds. “When [Chemical Bank of New York] asked me to move to London after two weeks [on the job], I said ‘Sure.’ … Sometimes you just have to believe you will figure it out.”

Her greatest challenge, Agather says, was being a young mother and a bank chairman with babies—before cell phones, texting, and emails—and not trying to do it all perfectly.

“I look at my girls and I’m so proud of them,” she says. “I had a fabulous husband and a team that helped me overcome those challenges.”

“Young people think differently,” she says. “They’re more vocal … they want their technology, and they push you. Listening to them is very important.” 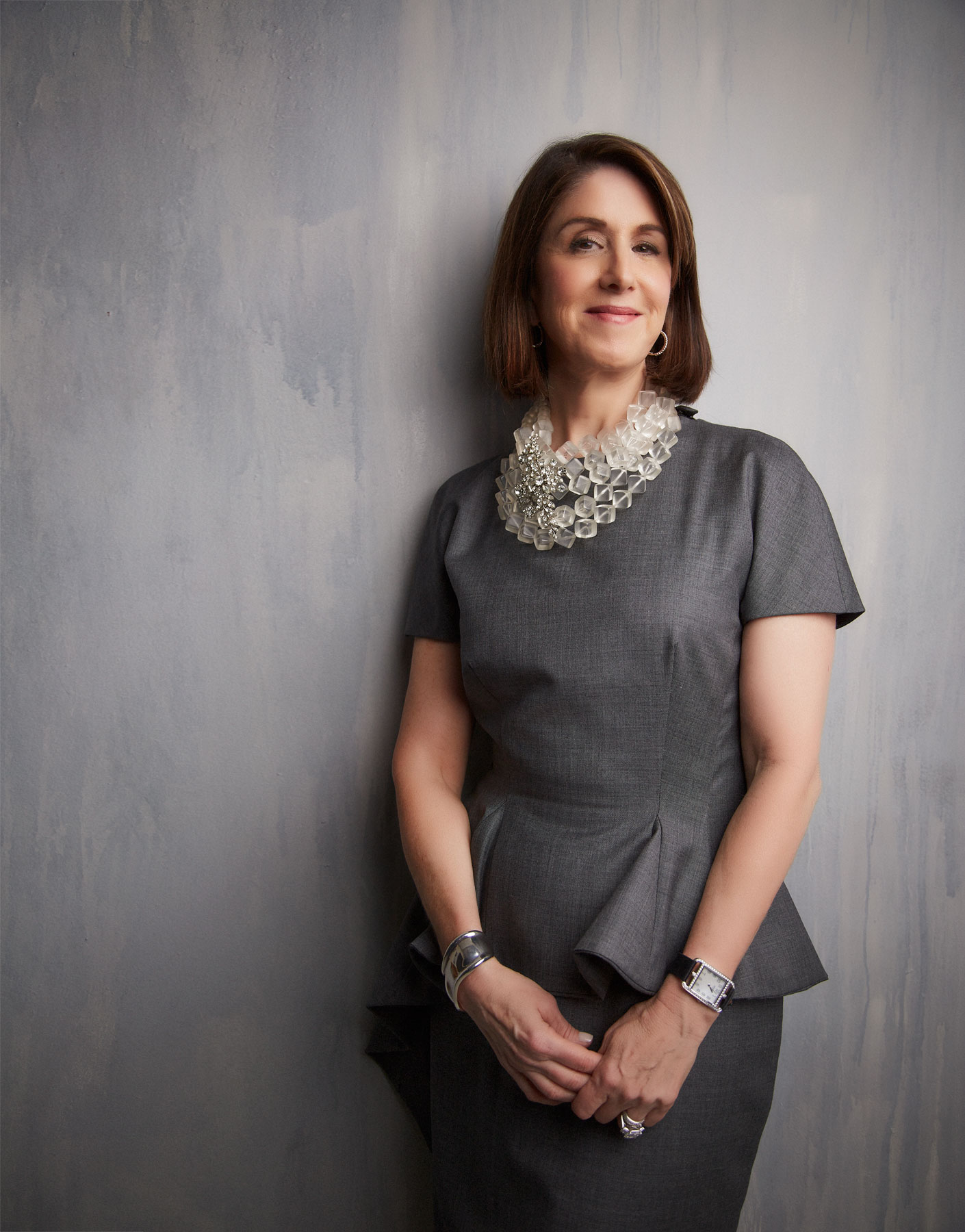 When Karen Katz took the helm at Neiman Marcus four years ago, luxury retailers were under tremendous pressure to emerge from the recession intact. A shopping revolution also was under way, with customers demanding a seamless experience between online and in-store purchases.

Katz was determined to stay true to the customer-centric principles of the iconic, 107-year-old upscale department store. But she also saw an opportunity to improve its technology. Online sales now account for more than 20 percent of Neiman Marcus’ annual sales.

“One of the things as I became CEO was for us to grab on and run with this idea of omni-channel retailing,” Katz says. “We had under-invested in technology for a long time, so not only were we playing catch-up, but we were trying to leapfrog competitors in terms of technology.”

All sales associates now have iPads and iPhones, and there’s an NM app to enhance the shopping experience.

Staying on top of retail’s “tremendous transformation” is both invigorating and exciting, says Katz, who began her Neiman Marcus career as a merchandising manager in 1985.

She’s always thinking about the next mountain to scale, she says, and her goal is to ensure that every customer has a memorable experience, whether it’s online or in stores: “Every time I hear a customer has a great experience, I consider that a victory.” 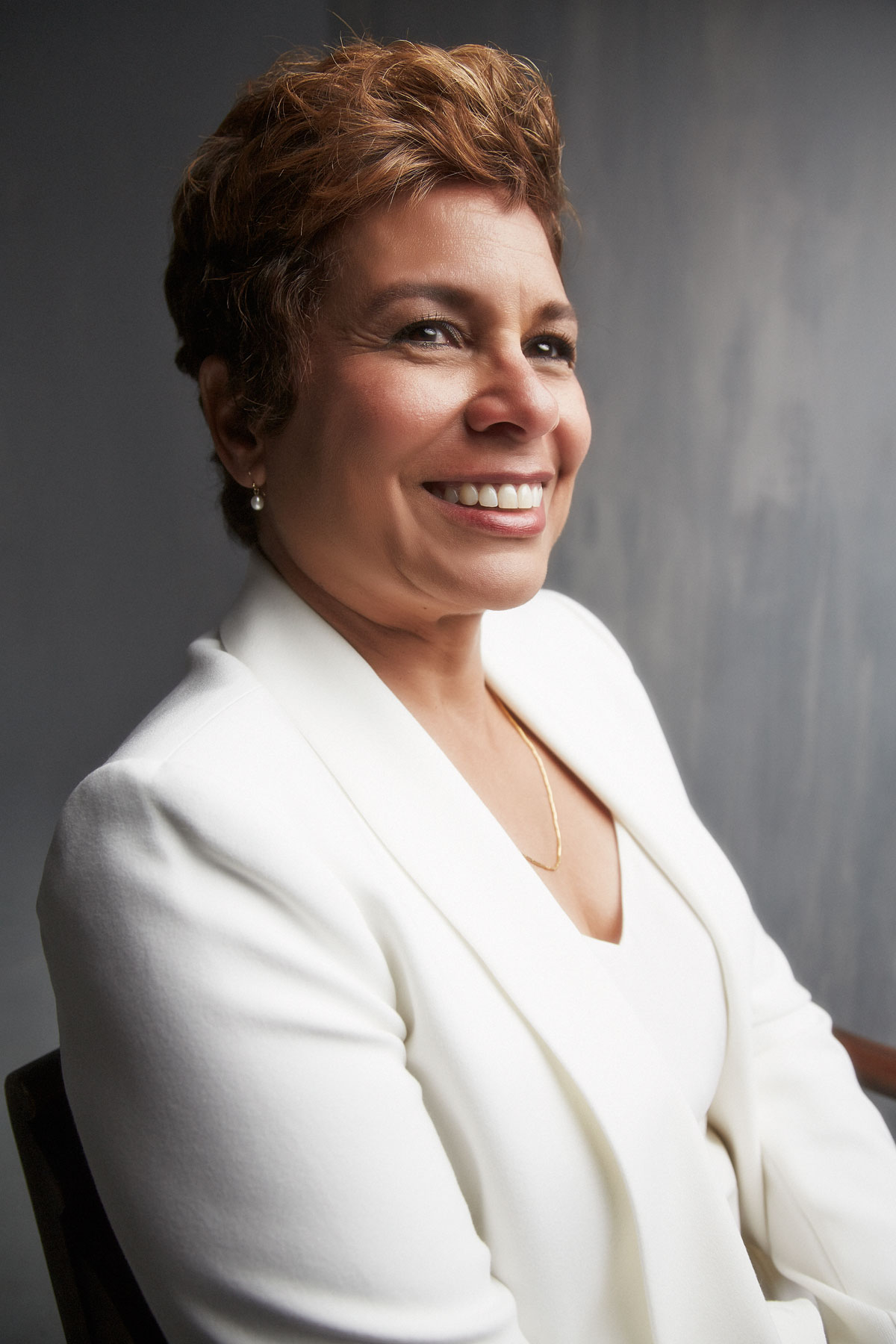 Matrice Ellis-Kirk’s unique blend of boardroom experience and civic volunteerism has helped shape her new role as managing director of RSR Partners’ Dallas office and a member of the firm’s Board of Directors practice. With more than 18 years of experience in the executive-search industry—traditionally a male-dominated field—Ellis-Kirk was tapped in January to build a new presence for the firm in the Southwest region.

The former first lady of Dallas—her husband, Ron Kirk, served as mayor from 1995 to 2002, then later joined President Barack Obama’s cabinet—sits on numerous local and national boards. She’s the incoming 2015 chairman of the AT&T Performing Arts Center’s board of directors and the President’s Commission on White House Fellowships.

Ellis-Kirk understands the importance that diverse boards can have on an organization’s success. “I serve a large group of national clients and primarily do corporate board work, so luckily my clients are asking questions about diverse boards, not just diversity from ethnic or gender, but from the standpoint of diverse ideas,” she says. “I’m helping make that a reality.”

Dallas has a good number of female executives, but she suggests that no region has enough. “Only 17 percent of women serve on corporate boards, and that says it all,” Ellis-Kirk says. “Not long ago we were talking 9 percent of boards had female representation, and that number has gone up. It’s going as fast as it can, but … process change is always slower.” 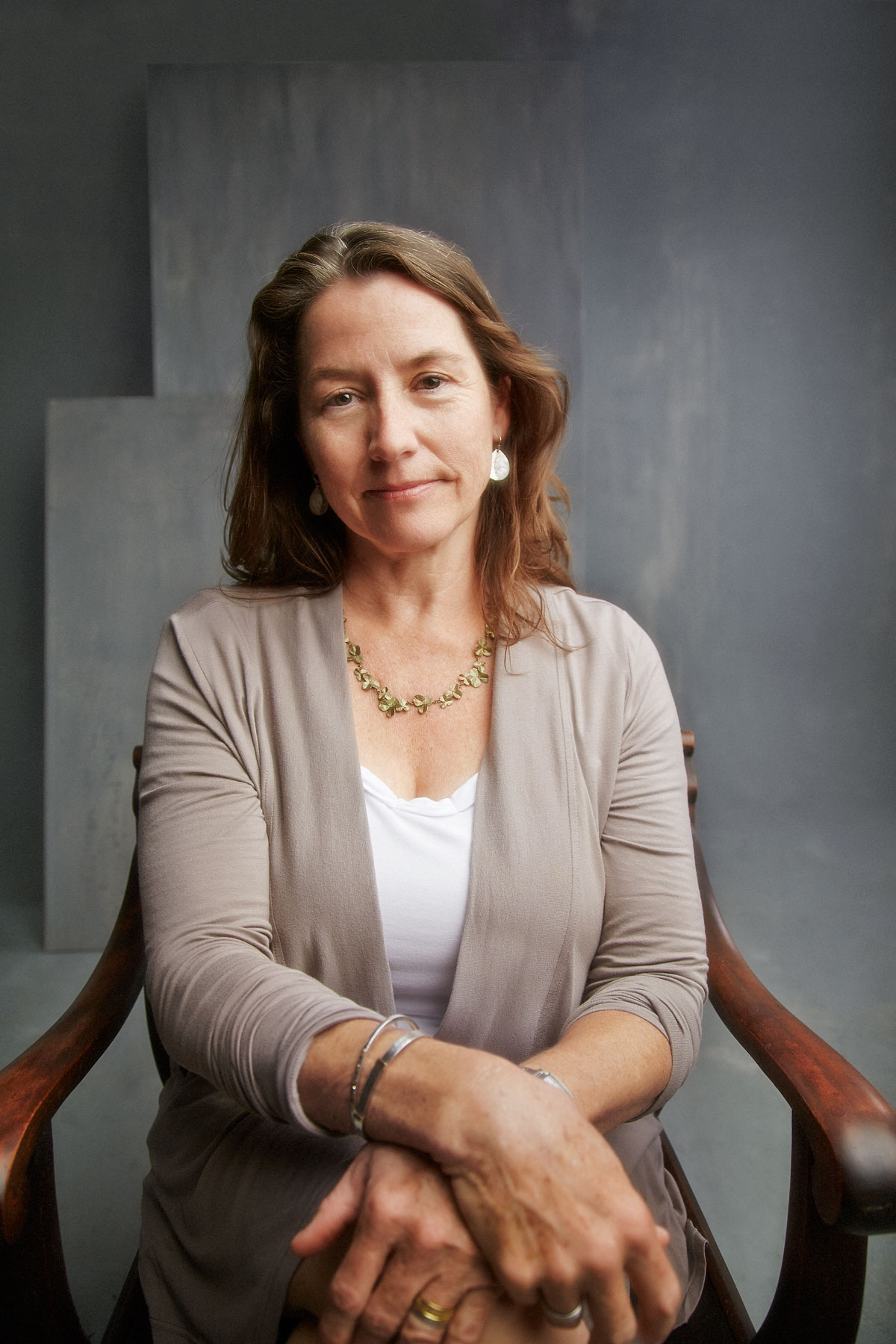 President and CEO
Half Price Books

Half Price Books is in a “fearless mode,” and Sharon Anderson Wright couldn’t be happier.  “There’s so much going on right now, it’s pretty exciting,” says Wright, who took over as president of the family-owned business in 1996. “We’re trying new things, creating our new interactive website that will launch in the fall … opening new stores, and trying an alternative concept store in four new markets.”

Another focus is to create a neighborhood environment near Half Price’s Dallas flagship store, she says, “with Whole Foods and REI, and other nice restaurants and shops that our customers would like and relate to.”

Anderson Wright considers herself an anthropologist of sorts, observing what’s going on in the world−and listening to her employees. “The whole idea of Half Price Books is built on the people who work here, and everything we do is somebody’s idea,” she says of the company, which has 120 stores, employs nearly 3,000, and pulls in more than $200 million in sales annually. “I think I have been smart enough to listen and allow it and not be fearful of trying new things.”

Among her greatest professional victories: keeping the flagship store and corporate office in the center of Dallas–and not selling out. “It’s a challenge to grow up in the business and keep it pure and maintain our original concept—and not sell out” to an outside buyer, says Anderson Wright. “We could have been filthy rich, but I feel like I would be selling my soul.” 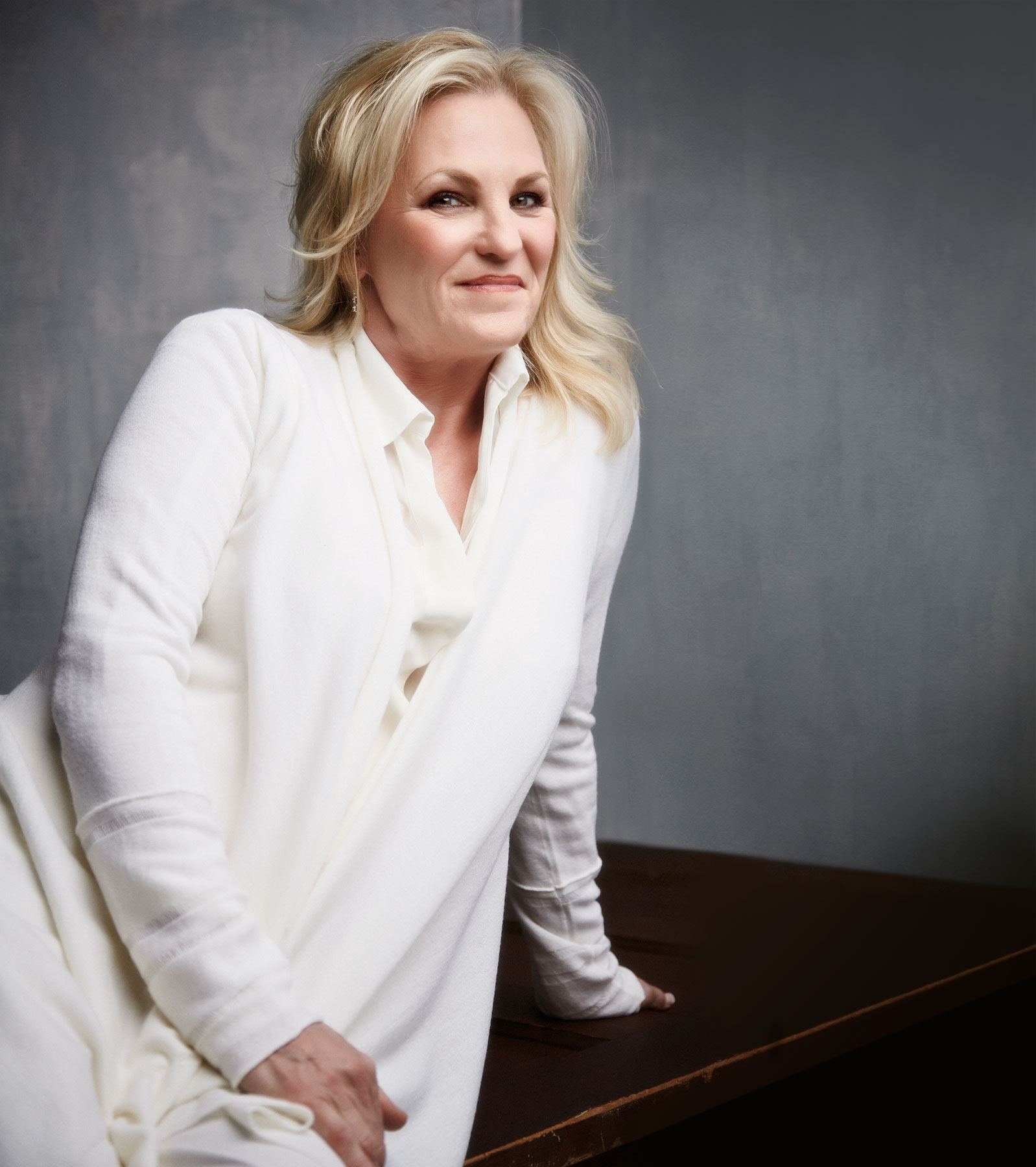 Melissa Reiff has spent much of the year on the road visiting The Container Store’s nearly 70 stores to meet with her 6,000 employees and “talk about everything.”

Reiff is the consummate communicator, understanding that helping her employees—almost 70 percent of them female—feel “safe, secure, and warm” is the key to rallying the troops.

“All organizations must question and relate why they’re doing something a particular way,” she says. “I’ve worked for The Container Store for 19 years, and change is all about practicing communication leadership. When you’re implementing change, bring others along with you and you will have successful results.”

The Coppell-based company weathered the Great Recession with no layoffs by persevering and managing expenses together. Today The Container Store is trying to dominate the storage and organization category it created back in 1978. Reiff, who joined the company as vice president of sales and marketing in 1995, has played a big role in that effort, alongside company CEO Kip Tindell.

The company has been in a state of change since it went public in 2013. The IPO was a move, in part, to put more equity in employees’ hands. About 20 percent of the IPO went to employees and those in a directed-share program. “Only one of our 20 executive team members had ever taken a company public before,” Reiff says. “It was brand new for all of us. It was a huge victory, and I’m so proud of our organization.”