In the 1980s and ’90s the local oil and gas industry seemed dead in the water, left mainly to small companies trying to find leftovers in areas that major drillers had already exploited. “It was a tough game” back then, recalls Steffen Palko, a retired president at XTO Energy who’s now an associate professor of professional practice in the College of Education at Texas Christian University. For every company that found some success, Palko says, 20 failed.

But then, new innovations came along in two existing techniques for getting oil and gas out of the ground. One was so-called “horizontal drilling”—essentially, the ability to drill a well sideways, rather than up and down. The other was hydraulic fracturing or “fracking”—the injecting of water, sand, and chemicals at high pressure to break rock and release the energy. Suddenly, crude oil and gas long thought unavailable was flowing to the surface, and boom times returned to North Texas.

What follows is a look at 12 rising stars in Dallas-Fort Worth’s robust oil and gas sector. Though you may not know their names yet, these up-and-comers are poised to make big waves in a growing industry. It’s a select and passionate group, Palko says, because many young people still don’t think of energy as a great career field. “It’s like engineering or geology: How much fun is it drilling holes in the ground?” he adds. “There is a limited universe of people who know how to do this.” 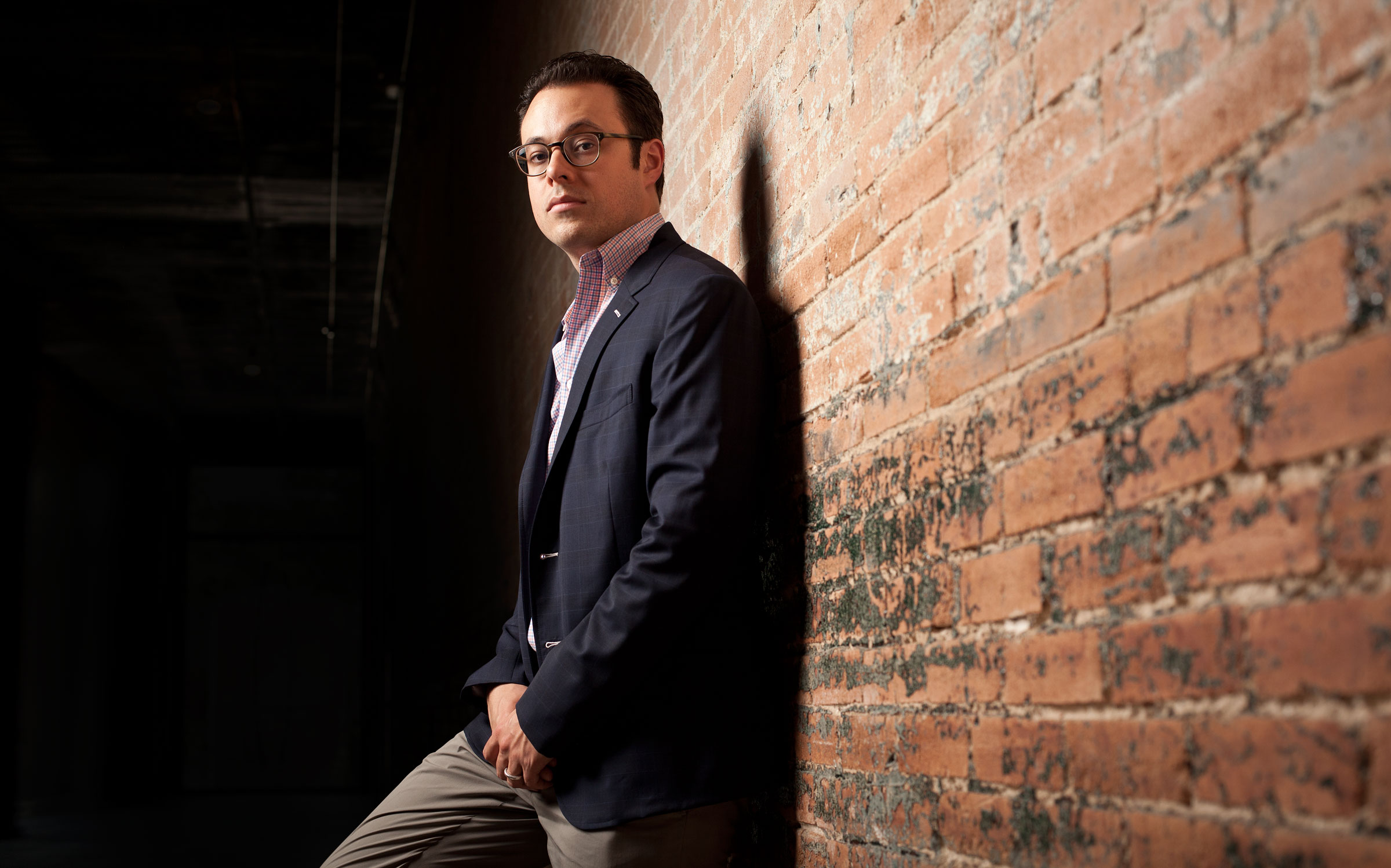 J. Patrick Collins has done the bit about working for someone else. He has even raised money from a couple of his previous employers. But the 34-year-old is an entrepreneur at heart.

That’s why Collins teamed up with a friend, Michael Catrino, who’s also 34, to form Dallas-based Cortez Resources. The pair acquires leases for wells in new oil and gas plays, and later partners with—or sells parts of the wells to—people who want to do the actual exploration and production. Cortez, of which Collins is president and CEO, doesn’t operate any wells on its own.

Focusing on plays including the Tuscaloosa Marine Shale in Louisiana and Mississippi and the Eagle Ford and Wolfcamp shales in Texas, the partners raise funds for their lease-buying on a deal-by-deal basis.

Once they sell the leases (after retaining certain interests in order to participate in future drilling), they return the profits and the rights to participate in the wells to their investors, then start the process all over again.

Collins’ father is a wildcatter. So even though he has a history degree from Columbia University, an MBA from Acton, and a background as a landman and with an oil and gas investment bank, it was inevitable that the younger Collins would wind up running his own shop in oil and gas. “I’ve always wanted to do my own thing,” he says. “There’s nothing else I enjoy as much.”

Sometimes good things come wrapped in packages that look anything but.

That certainly was the case in 2005 for Cody Campbell, then an offensive guard with the NFL’s Indianapolis Colts. He suffered what turned out to be a career-ending injury, and knew he’d have to go back to the workaday world to earn a living.

Campbell, 33, teamed with a boyhood pal, John Sellers, with whom he’d played football at Texas Tech. The pair had run a successful commercial real estate development shop while attending college. After Campbell’s professional football gig ended, they decided to turn the lessons they learned from real estate into a business buying oil and gas properties.

Double Eagle Energy is focusing its efforts now in Oklahoma, in plays like the Woodford Shale. Apollo has contributed “several hundred million dollars,” so the operation’s scale will grow quickly, says Campbell. “We’re going to sell or go public [eventually], one or the other.” 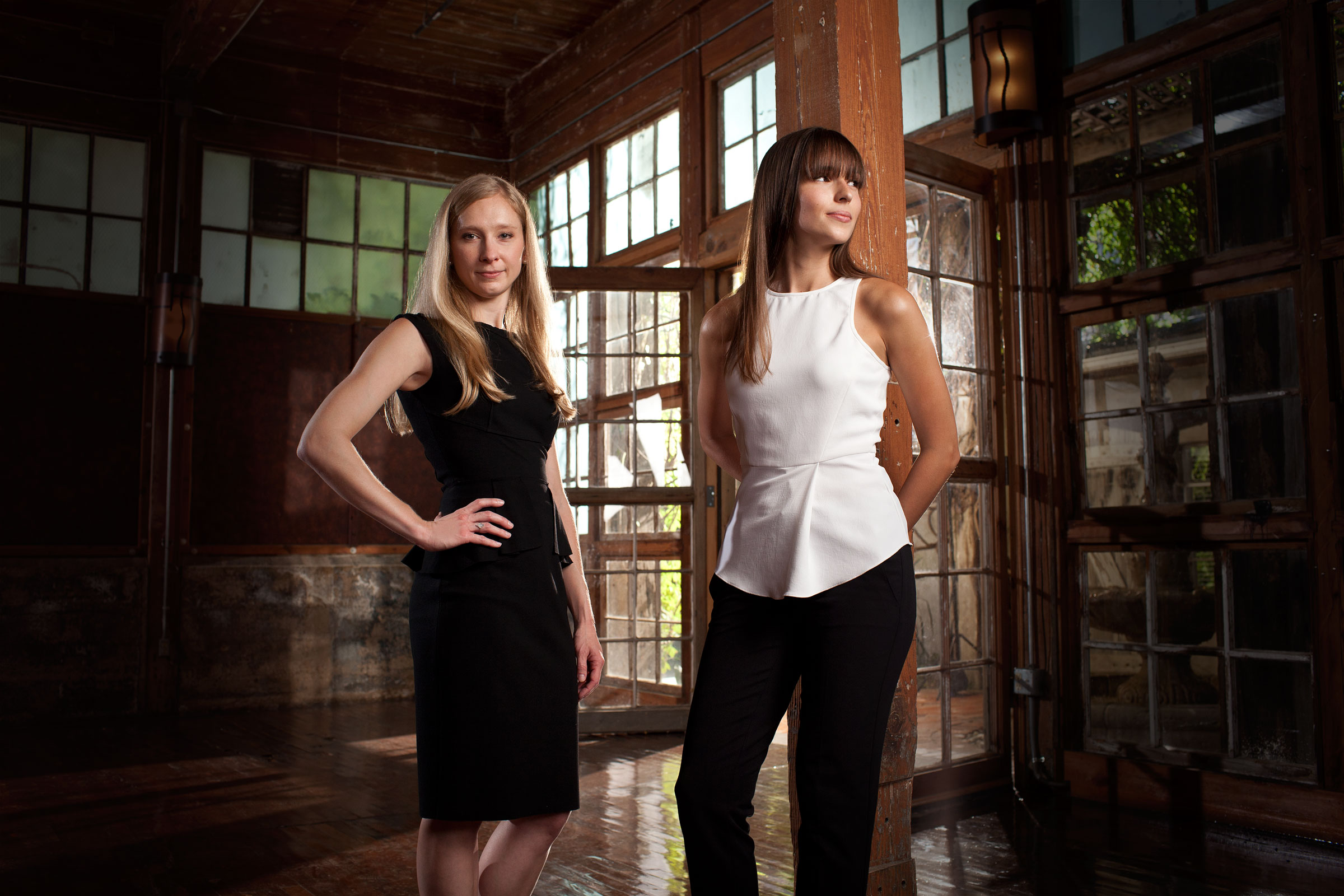 When Virginia Urban was in eighth grade, she was part of a team of students assigned a project in which they were supposed to determine where to drill a well for a reservoir. “My team was the only one that got the right spot to drill the well,” she says. “I remembered that.”

That was perhaps the first indication of Urban’s future career path. Today she’s a project engineer at the consulting firm DeGolyer and MacNaughton, working in the firm’s North America division. Previously she handled things like oil and gas reserves audits for the firm’s Central Europe and Asia division.

It wasn’t a straight line to her current gig, though. Although Urban majored in petroleum engineering at Texas A&M, she minored in dance, having studied ballet for years while growing up.

Then, after graduating from A&M, she did a 180-degree turn and decided to go to law school. “I felt I needed a well-rounded education,” she says. After working as an attorney at a couple of law firms, she wound up at DeGolyer. “I decided to do the engineering thing in the real world,” she says. “It worked out.”

Although the 32-year-old Urban loves her job, she says she’s looking forward to using both her engineering and legal backgrounds in some combination for her employer’s benefit, at some point.

In her spare time, meanwhile, Urban represents children for Court Appointed Special Advocates. “You don’t have to be a lawyer,” she says. “In the foster care system, there’s nobody assigned to look out for the child’s best interests. That’s my goal as a CASA advocate—ensuring that the court’s decisions are in the best interests of the child.”

Some folks take a roundabout way of getting to Texas. And then there’s Mariya Townswick. The 27-year-old was born in Kazan, Russia, in the former Soviet Union. After the communist government there collapsed, Townswick, then 13, and her mother moved to California. Changing countries is a big deal for people of any age, but she took it in stride. “I looked at it as an adventure,” she says.

Townswick spent three years in the Golden State, before her mother and stepfather moved the family to Texas. After receiving a track scholarship at the University of Texas, she was accepted into the school’s petroleum engineering department, she says, “even though I never applied.”

It turned out to be fortuitous. “After the first introductory class, I didn’t want to leave,” Townswick says.

Today she is a petroleum engineer at DeGolyer and MacNaughton, a leading petroleum consulting firm that was founded in 1936. Working in the company’s Central Europe and Asia division, she is responsible for coordinating projects, producing reports, and interacting with clients in areas like Russia, Azerbaijan, Kazakhstan, and the Ukraine.

Although the energy field tends to be male-dominated, Townswick says she hasn’t encountered discrimination or hostility because of her sex. “In my personal experience, gender doesn’t determine success,” she says. “Being a good engineer determines success. I try to be a good engineer.”

She also enjoys recruiting engineering students to DeGolyer for internships and potential hires, along with talking to high school students about the field. “I’ve enjoyed working for this company,” she says. “It has such a long legacy.”

It’s tough to know where to start describing Judah Epstein. The 32-year-old Dallas resident’s “day job” is working as a general field engineer for Schlumberger, the oilfield services giant. He does everything from evaluating reservoirs to monitoring geoseismic fracturing throughout North America.

But, that’s just the beginning. Epstein is a reserve deputy for the Collin County Sheriff’s Department. a master scuba diver,  and a licensed and certified amateur radio operator. The National Rifle Association has certified him as a pistol instructor. And, just in case anybody gets hurt on the gun range, he’s also an emergency medical technician.

Epstein has volunteered in the jungles of Panama, working with natives on everything from electronics and aqueducts to farming, jungle exploration, and conservation. He has invented a new type of ammunition for shotguns, and he has run a seven-day ultra-marathon through the Amazon jungles of Brazil.

Not surprisingly, Epstein’s future plans in the energy field are wide open. He says he wouldn’t mind doing some work in the Arctic, running his own exploration and production company, or even dabbling in private equity deals for energy companies.

Oh, yeah: Epstein also has invented a device that is something like a submarine, only for oil and gas wells. He describes it as a simpler method for pushing equipment that collects geological data in the well. “I’m always coming up with new ideas,” he says.

Having successful parents isn’t necessarily all it’s cracked up to be. Once you emerge as an adult, the world hits you with a question: What are you going to do for an encore? If that problem affected Hunter L. Hunt, it sure hasn’t shown.

Among the units he oversees is Hunt Oil Co., which his legendary wildcatter grandfather, H.L. Hunt, founded in 1934. Hunt Oil is reportedly one of the world’s largest privately owned energy companies.

One area where Hunter is carving out his own niche is in electric power. In 1999 he created Sharyland Utilities LP, a Dallas-based regulated public electric utility with about 50,000 customers spread across 29 Texas counties. He and other Hunt family members still own Sharyland, according to the utility’s website.

But at some point Hunter may have more on his plate than just utilities. His father, who is Hunt Consolidated Inc.’s chairman, president, and CEO, is in his 70s. “Torch passing is underway,” Forbes remarked.

Although Hunt Consolidated Inc. is primarily an energy company, the firm, with an estimated $4 billion in annual revenue as of December 2013, also has holdings in everything from ranching and agriculture to real estate and hedge funds. Its website says it has drilled wells on every continent except Antarctica, and it now has a business unit that’s exploring ventures in Mexico.

Into what new directions might Hunter Hunt send the family business? Stay tuned.