It’s the middle of the afternoon on a crisp fall day, and I’m at the bottom of a fish tank. Glassy-eyed critters swim around me, some coming in to take a closer look, others wandering past aimlessly. Paul Bettner, co-creator of Words With Friends, tells me he’s going to feed the fish. At the top of the tank, light colored dots appear. As I shift my head up to watch, the dots slowly cascade toward me, with more fish gathering around to join in the eating frenzy. I want to reach out and touch them.

Alas, the black, glorified ski goggles I’m wearing won’t allow that part just yet. I take off the virtual reality headset and re-enter the world of Bettner’s video gaming studio, Playful Corp. The trip I’ve taken into a submarine land comes courtesy of a forthcoming gaming system for which Playful is designing at least one new game. The Oculus Rift, created by Irvine, Calif.-based Oculus VR Inc., offers what gamers like to call an immersive experience into another world.

Put on the goggles, and you can look around in 360 degrees as, say, a 21st-century roller coaster sends you flying around a city in 18th-century England. Bettner and others in the industry say the Rift, while not perfect, will be a game-changer when it gets introduced as early as this year. And just as he did with the Words With Friends franchise, which took advantage of the iPhone’s skyrocketing mass appeal, Bettner is looking to surf the buying wave that he and others in the field believe is coming with the Rift.

“There are not enough adjectives at my disposal to describe how amazing the experience is,” says Bettner, who was an early financial backer of Oculus VR. “It’s a glimpse into what the future will be, unequivocally, for gaming.”

Bettner was a co-founder of the McKinney-based studio, Newtoy, that developed Words With Friends, a Scrabble-type game that became one of the most popular titles ever. The San Francisco gaming company Zynga bought Newtoy in late 2010 for about $53.3 million, making Bettner rich. 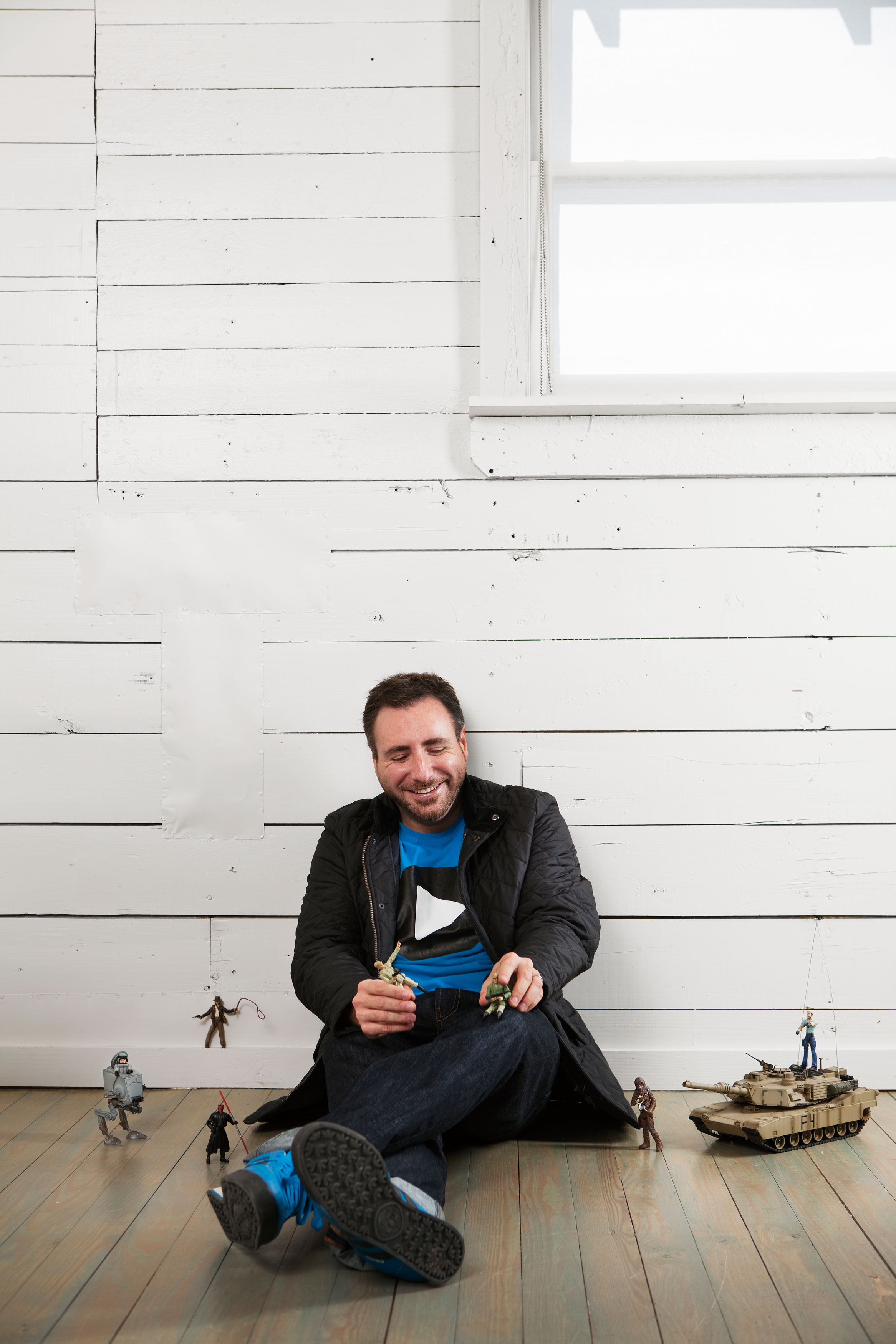 He left Zynga in October 2012, having promised his wife that he’d take a year off. That lasted about two months. Then he spotted another platform, Ouya, which—with its $100 price tag—holds the promise of an inexpensive alternative to pricey consoles from Nintendo, Microsoft, and Sony. Ouya has struggled, but other things were happening in the gaming market that got Bettner’s blood pumping.

In addition to the coming advent of the Rift, the three big console makers (Microsoft, Sony, and Nintendo) have made efforts to let smaller independent studios produce more games for their systems. That’s a big deal for studios like Playful, because the Big Three collectively control nearly all of the market. As a result, Bettner now has essentially two tracks of development going on in his studio simultaneously.

On the one hand, he’s making what’s known as a “sandbox” adventure game for most every conventional gaming system aimed at the living room. Sandbox games don’t have defined goals for the players, who can participate as much as they like and at whatever pace they choose.

The other track is Playful’s stab at a virtual reality game for the Rift platform. That’s where a big element of the adventure comes in for Bettner’s 20-person studio. Since the Rift hasn’t been released yet, Bettner and his crew are grappling with all sorts of issues as they try to build their product, simply because nobody’s ever made something quite like it before.

“It’s as if I’ve been painting, and scientists invented a new color,” Bettner says. “Everything I thought about game making has been reset by this technology.”

Squirrel Eiserloh, who teaches game programming at SMU, compares the challenge of building games for the Rift to what groundbreaking moviemakers like Alfred Hitchcock did with jump cuts and zooms. “I’m curious what the film language rules are for three-dimensional immersion,” he says. “We’re just beginning to explore that.”

To be sure, building games for the Rift poses a big opportunity, at least potentially.

“As with any new platform, if you’re one of the few games for it, anyone who buys the platform will have a high likelihood of purchasing your game,” Eiserloh says.

=as=But there’s a saying in business that pioneers get the arrows. And observers note that Bettner and his Playful business will face challenges going forward.

“The games are going to be on the expensive side. They won’t be games that you can turn out to play with mobile phones,” said Gavin George, an intellectual property attorney at Haynes and Boone whose practice emphasizes software. “They’re expensive to make, and on an unproven platform. You will be able to do crazy things in the virtual reality space, but it will be risky.”

Bettner doesn’t quibble with the notion that Playful faces an uphill climb.

“It’s all about the timing,” he says. “We can get this crew together. But if the customers haven’t arrived or the market isn’t ready, that can be catastrophic. If [virtual reality] doesn’t materialize as a platform, that could be devastating.”

“I’m incapable of standing still,” he says. “I just derive happiness from creating something and sharing something with someone else that brings them joy.”