Joel Allison, the CEO of Baylor Scott & White Health, has plenty on his mind. He’s chatting about population health management in his office a few blocks east of Baylor’s flagship hospital, which peeks in through the window over his shoulder.

Allison, 66, is outlining what he believes is the key to redefining American healthcare delivery, and how the system he runs could be a national model for it: Flood communities with access points and primary care physicians. Get private employers to offer their employees an incentivized, data-driven health plan to improve patient health and push down costs. Engage them in their own care. Take care of the ill, and keep the healthy well.

This strategic business focus led his C-suite peers to name Allison Dallas-Fort Worth’s 2014 CEO of the Year in the CEO Sentiment Survey, conducted annually by SMU’s Cox School of Business. (Besides the Baylor chief executive, survey respondents named 10 other CEOs as tops in the region; see their stories on page 58.) 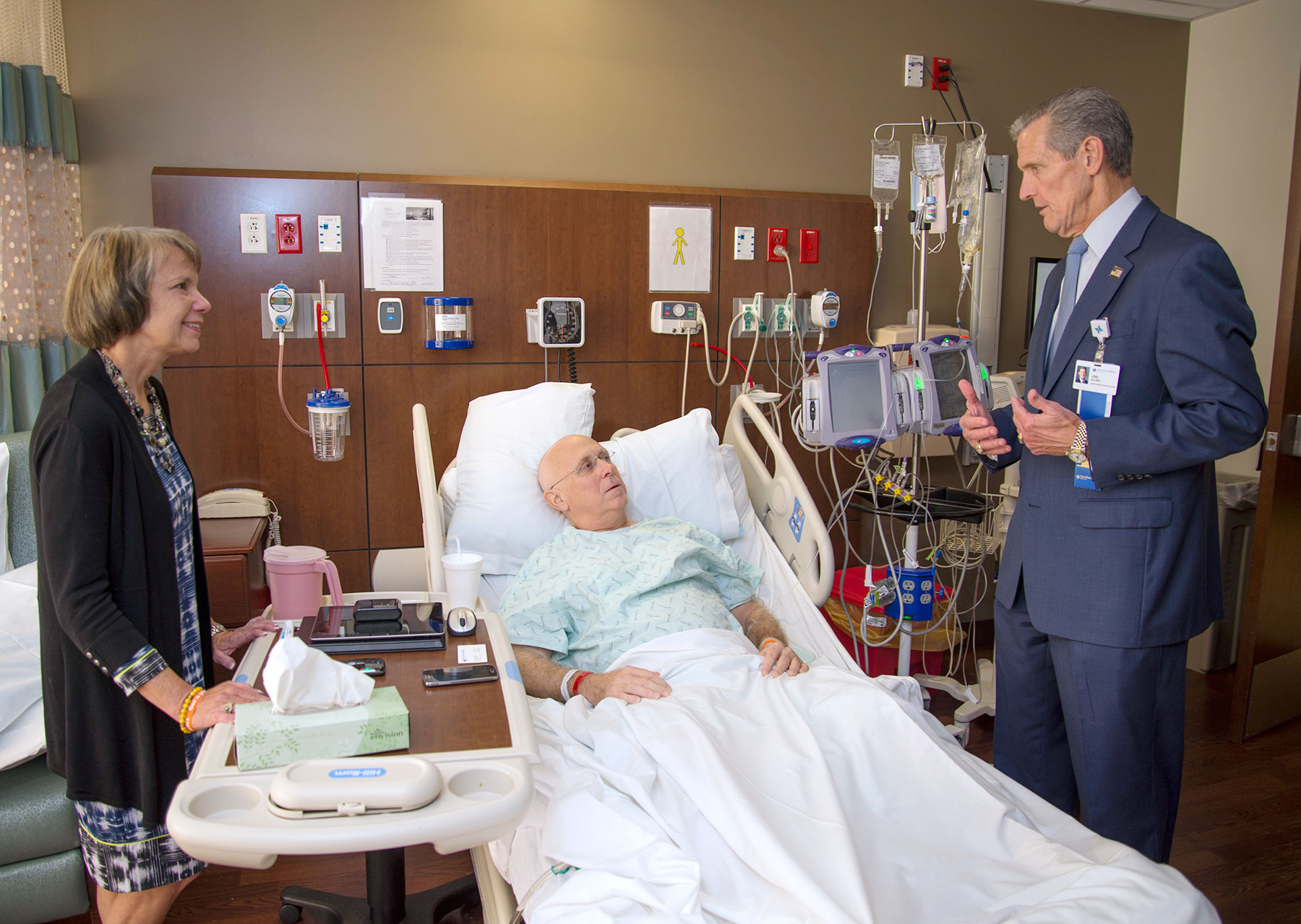 MAKING THE ROUNDS: Despite his success in the C-suite, Allison hasn't lost touch with his growing healthcare system's patients. Courtesy of Baylor 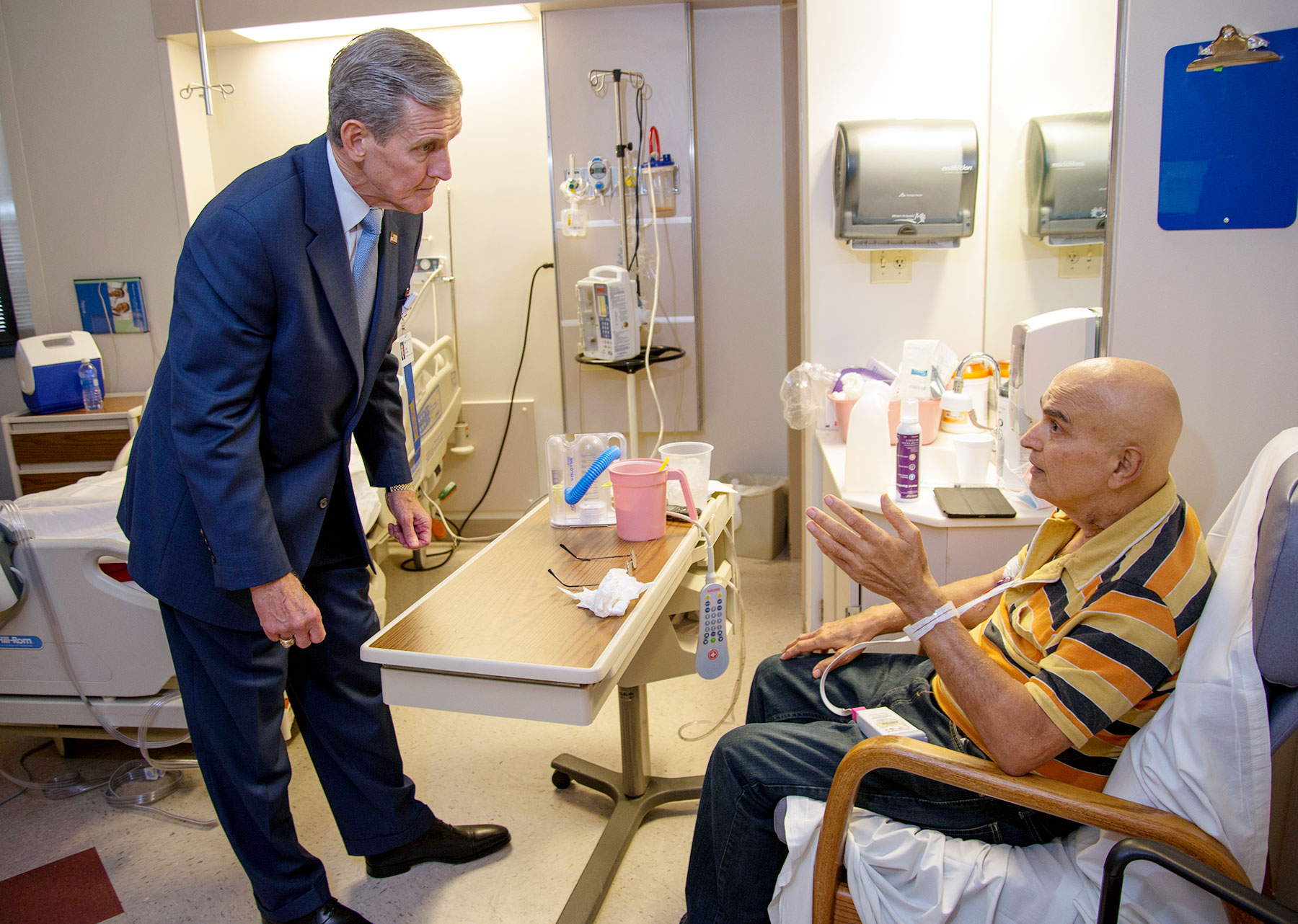 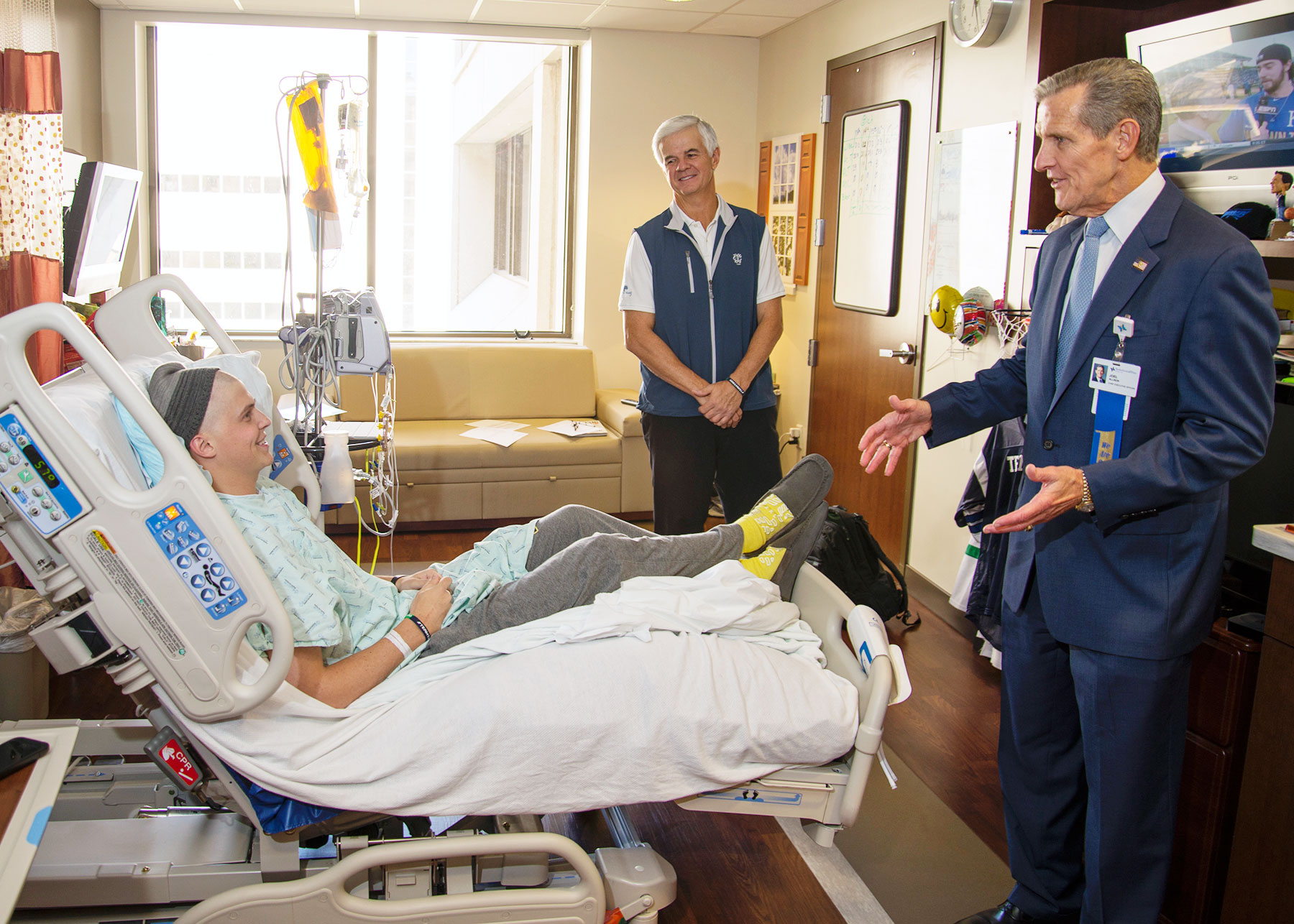 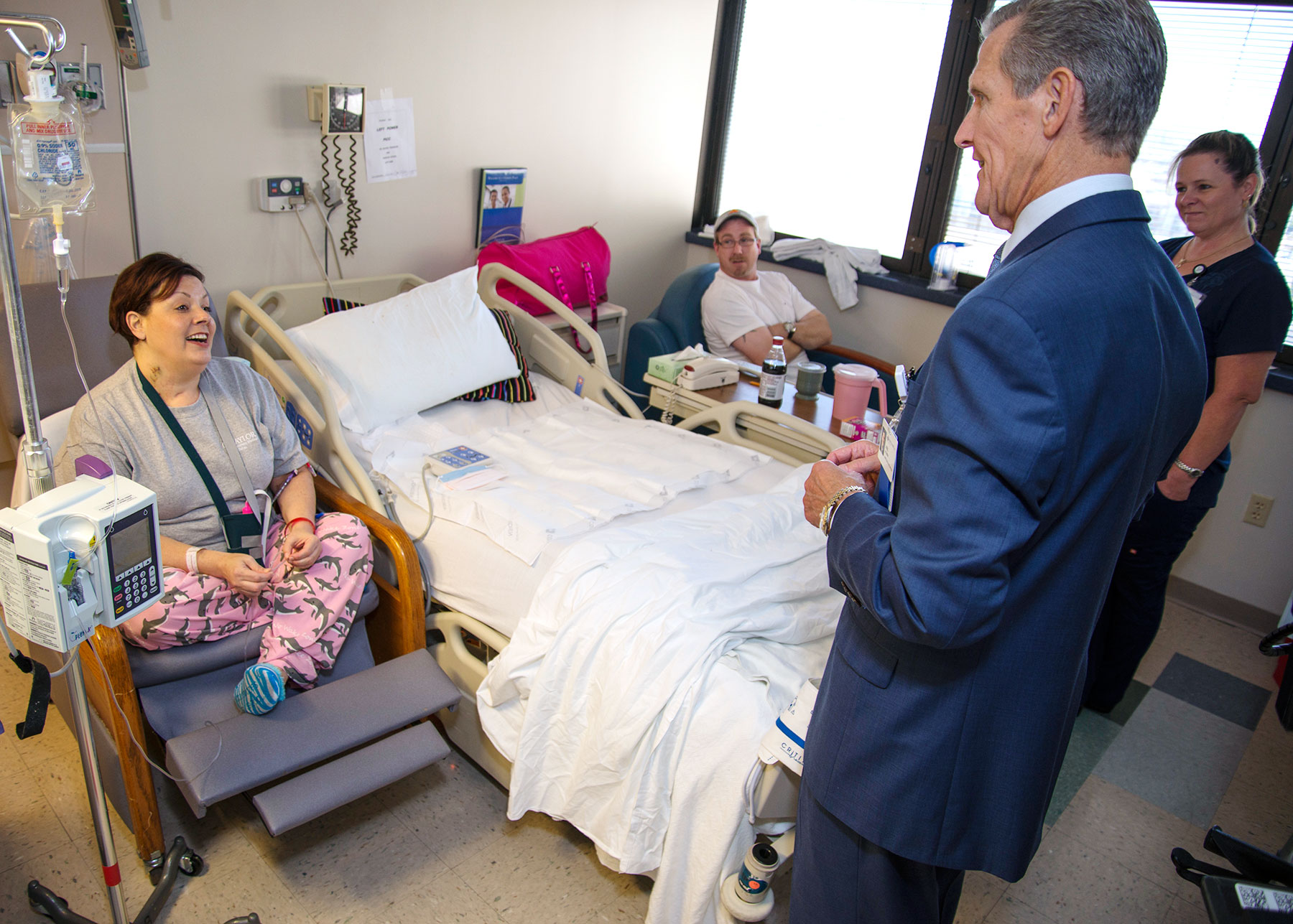 Courtesy of Baylor
As Allison realizes, though, talking about population health management from such a broad, top-down view can make it easy to lose sight of the individual, which is why it all matters in the first place. The CEO tries not to forget this—and that’s why he still does hospital rounds.

Two days after talking in his office, Allison is standing in the hospital room of a 25-year-old man battling acute myeloid leukemia, animatedly discussing his beloved Baylor Bears’ 61-58 squeaker over the TCU Horned Frogs the weekend before. He visits with a man from New Jersey who received a new heart at Baylor, telling him he needs to slip into a pair of cowboy boots and mosey down the red brick-lined Fort Worth Stockyards before heading back east. Walking along the hospital’s sky bridge, a nurse pushing a patient on a gurney emerges from a hallway: “You need a hand?” Allison asks her.

But, Baylor Scott & White Health is big. It is the largest nonprofit health system in the state, with tentacles extending from Allen to Brenham. Dallas-based Baylor Health Care System and Temple’s Scott & White Health merged in 2013, creating a network in North and Central Texas of 49 hospitals, more than 500 patient care sites, about 6,000 affiliated physicians, and 35,000 employees.

That employee base last year had the chance to enroll in an insurance plan through the Baylor Scott & White Quality Alliance (or BSWQA), the nonprofit’s accountable care organization. The ACO is a key strategy in helping achieve the Institute of Medicine’s so-called Triple Aim: improve population health, improve the care experience, and reduce per-capita cost.

According to the National Institute for Health Care Management, 5 percent of the population currently accounts for 50 percent of healthcare spending, largely because of multiple chronic diseases left untreated. The BSWQA identifies the segment of patients in a pool most likely to develop a costly, preventable disease. They’re paired with health coaches and care coordinators—some of whom are nurses—who help them locate clinics and go in for routine checkups as well as keep their medications refilled.

Allison hopes this will pick up steam with the private sector. And to do so, he knows he needs to illustrate cost savings. In the first year, 30-day readmissions among BSWQA’s 32,000 members dropped by 18 percent. Admissions per 1,000 patients dipped by 4.3 percent in the first year. It amounted to $14 million in savings—about a 7 percent reduction in overall spending year-over-year.

“This is the age of big data, predictive modeling, data analytics,” Allison says. “You can really understand and segment that population so you can manage them. You can focus on that 5 percent. Then you’ve got 80 percent [of enrollees] in good health, but you want to be engaged with them, you want to keep them healthy.”

Gary Brock, the system’s president and chief operating officer, says he spent a day in October at the Rosewood Mansion on Turtle Creek explaining the BSWQA to human resources leaders from Dow Chemical, IBM, Kraft Foods Group, Owens Corning Corp., and UPS. By Jan. 1, he expects to have close to 200,000 people enrolled.