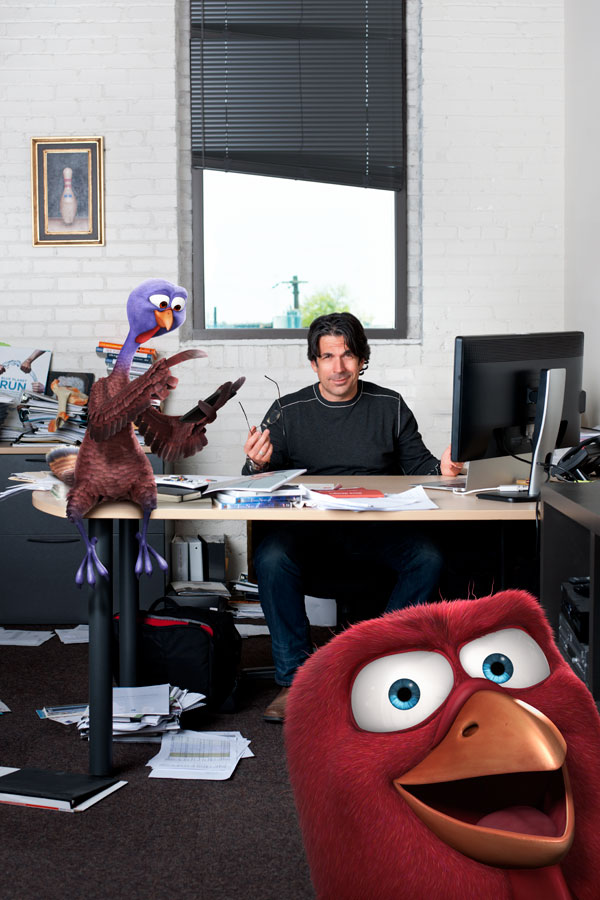 Animation studio Reel FX turns 20 this year. But in many ways, the under-the-radar creative shop run by Steve O’Brien in Deep Ellum still feels and acts like a startup.

Maybe it’s the “margatini” drink recipe scribbled in the lower left-hand corner of the white board. It’s right there alongside copious notes about modeling, texture handoffs, quality control, and other things decipherable only to those in the animation industry.

It used to be that Dallas-based Reel FX was a “work-for-hire” shop doing commercial advertising and animated projects for others. But the studio has evolved over the past two decades to reach today’s tipping point—creation of its own feature-length animated movies for the big screen. Whether it’s up to the task will be tested when it releases its first film—an animated comedy about turkeys called Free Birds, with voices by Owen Wilson, Woody Harrelson, and Amy Poehler, to be distributed by Relativity Media—in November. Moviegoers will get a chance to critique the studio’s work again in October 2014, when its second film, Book of Life, hits theaters.

O’Brien, who has been the CEO for more than eight years, commands considerable street cred for helping the studio reach this milestone—a dream long envisioned by the studio’s founders.

Although Reel FX lacks much name recognition outside the animation industry, it’s well-ingrained in Hollywood, where it has worked for major studios including Fox, Disney, Warner Bros., Sony Pictures, and DreamWorks. The shop also enjoys a strong reputation on the commercial side, having done the modern remake of the Chuck E. character of Chuck E. Cheese’s pizza parlor fame. Says Bill Cochran, creative group head at The Richards Group, which oversaw the redo: “I couldn’t have been more happy that the people best for the job are here in Dallas. They’re always exceeding our expectations and listening to our ideas.”

And O’Brien, a numbers man with a creative side, was just what Reel FX needed to make it all happen. 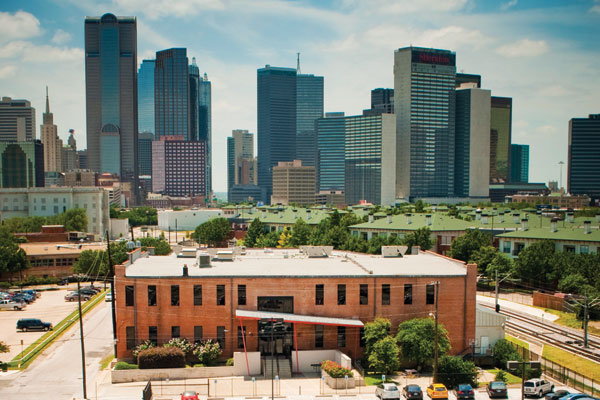 Reel FX is housed in a red-brick building in Deep Ellum that once was home to Yahoo Broadcast.com. photography courtesy of Reel FX
The Office
It’s 9:15 a.m., and a steady stream of employees swipe their access cards and enter the front doors at Reel FX. Some take a sharp left, up the industrial-style stairs. Others head through the lobby area to other parts of the building. The preferred dress for the 280 workers here: jeans, t-shirts, and tennis shoes. Were it warmer, flip-flops would be the footwear of choice.

By 9:30 the parking lot is full, mostly with compact, reliable transportation: Toyotas, Hondas, Volkswagens—with a few luxury cars sprinkled in. A DART rail stop across the street provides a convenient alternative to the crowded lot.

Katherine Harper, director of marketing/PR, appears in the lobby to conduct a tour of the facilities.  We walk through a long, cavernous lobby, with large-scale artwork of the company’s signature projects hung on stark white walls. A hip Chuck E. of Chuck E. Cheese’s fame—he’s wearing skinny jeans—stands out. Another piece depicts Open Season 2, a popular animated children’s film and the company’s first feature-length, work-for-hire project for Sony Pictures. Yet another painting shows a concept for one of Reel FX’s still unreleased, internally developed films.

Down a hall, we peek into a darkened editing suite where the shades are pulled tight and the lights remain off. Only the glow of computer screens and hushed voices indicate activity in the cozy room, outfitted with couches and overstuffed chairs. It’s one of several editing suites available to out-of-town clients who may be here for days or weeks overseeing a project.

Elsewhere, large open-concept areas house dozens of creatives, from computer geeks to sketch artists. Most are working under dimmed lighting at elaborately decorated workstations; think goofy knickknacks on every spare surface. Stodgy, Reel FX is not.

Across the ceiling, a rainbow of cable wiring—some 12 miles of it—snakes through the building. We stop in front of the “render farm,” an elaborate room sealed in glass with reams of high-tech equipment. This is where computer animation is processed into “live-action” movie footage. Dedicated staff, called render wranglers, oversee the process. Because even a single image can take up to eight hours to render, employees assigned to the farm work ’round-the-clock shifts to ensure it functions without downtime.

Lest anyone think this place is strictly business, we pass by the fake “cover” of an AARP magazine hanging on a hallway wall. It depicts a middle-aged guy sprinting down a track. On closer inspection the guy is CEO O’Brien, running in what was Reel FX’s own version of the summer Olympics a few years back. The headline trumpets: “Never too old for gold!” with a subheading, “O’Brien makes his mark at the Sr. Games.” Down further on the cover, bold lettering touts, “90 is the new fifty!” Warning: A lot of people in this building know how to use PhotoShop.