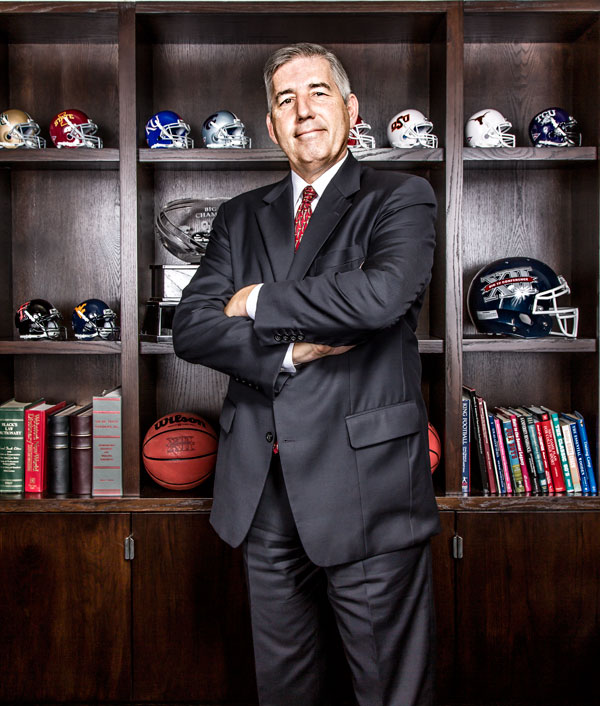 Why You Need to Know Him: Because Bowlsby leads the Big 12 Conference, which provided nearly $190 million in revenue to member schools in 2012. As commissioner of the Irving-based conference, Bowlsby oversees management of game officiating, leadership programs for student athletes, and revenue generation for member institutions, among other duties.

The Big 12 has been based in Dallas since its formation in 1995. Bowlsby, former athletic director for Stanford University, took the helm last June, as the Big 12 was struggling to gain its footing. The conference had lost four teams (Colorado, Nebraska, Texas A&M, and Missouri) between 2010-2012, while gaining two (Texas Christian University and West Virginia).

Bowlsby said at the time that he came in with some reservations: “I had a vision of this conference of being unstable. But what I found instead was a group of chief executive officers that were very committed to one another and very committed to the best principles of collegiate athletics. I was very quickly put at ease.”

Shortly after his arrival, Bowlsby put together a nearly $2.6 billion Big 12 television contract. He says he likes to work collaboratively with his bosses—the 10 universities that now make up the Big 12.

Like many CEOs, the commissioner spends most of his time strategizing on how to build revenue and foster business relationships.

“I’m very much looking forward to engaging in the business community in Dallas,” Bowlsby says. “It’s a robust economy and one that’s exciting to be a part of.”